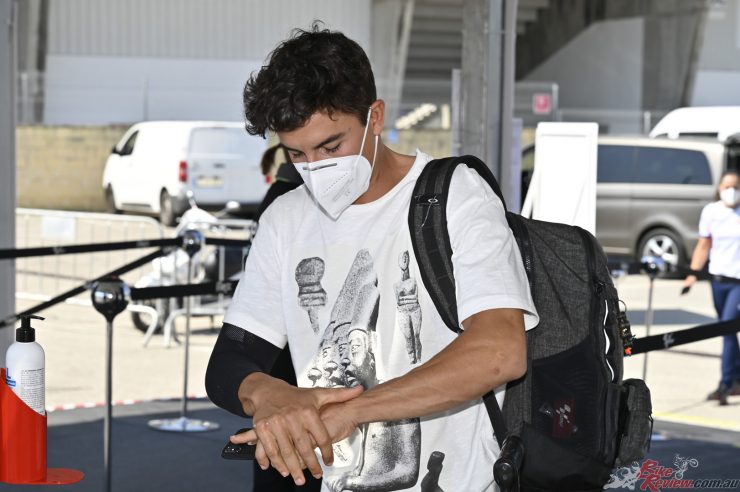 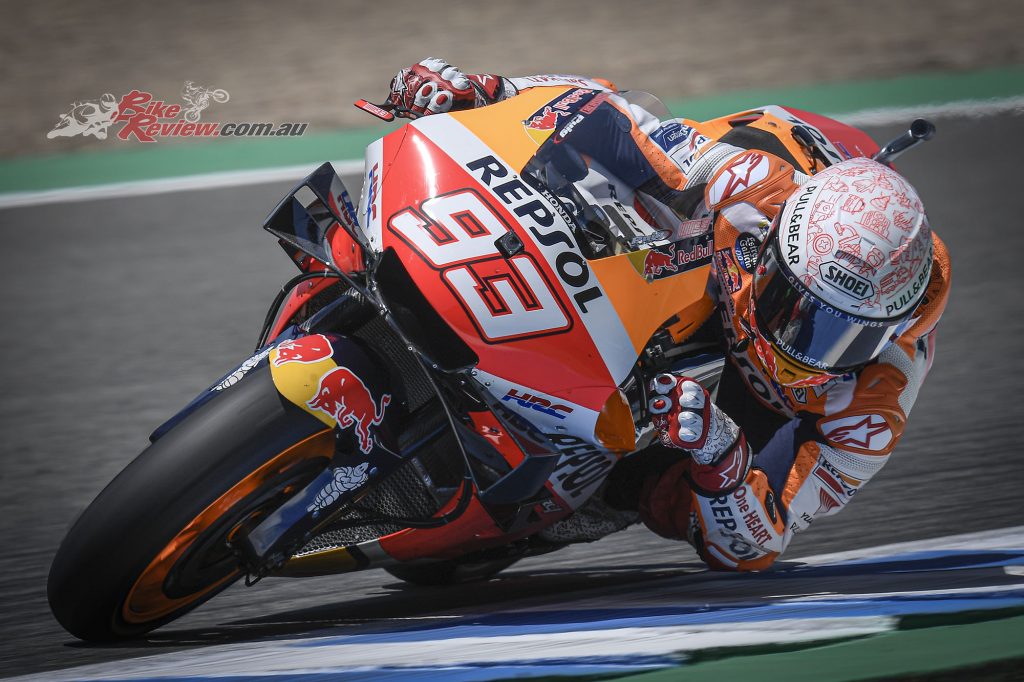 Marquez broke his humerus in a crash during the Spanish GP and returned to Barcelona on Monday.

Marquez broke his humerus in a crash during the Spanish GP and returned to Barcelona on Monday. He then underwent surgery on Tuesday, performed by MotoGP Traumatology specialist Dr Xavier Mir, and returned to the Circuito de Jerez-Angel Nieto on Thursday morning.

The number 93 was passed fit to ride alongside fellow competitors Cal Crutchlow (LCR Honda Castrol) and Alex Rins (Team Suzuki Ecstar), who also sustained injuries during the Spanish GP race weekend. Crutchlow suffered a broken scaphoid and Rins a dislocated shoulder – as well as a small fracture – and all three have been given the go ahead to take part in the Gran Premio Red Bull de Andalucia. 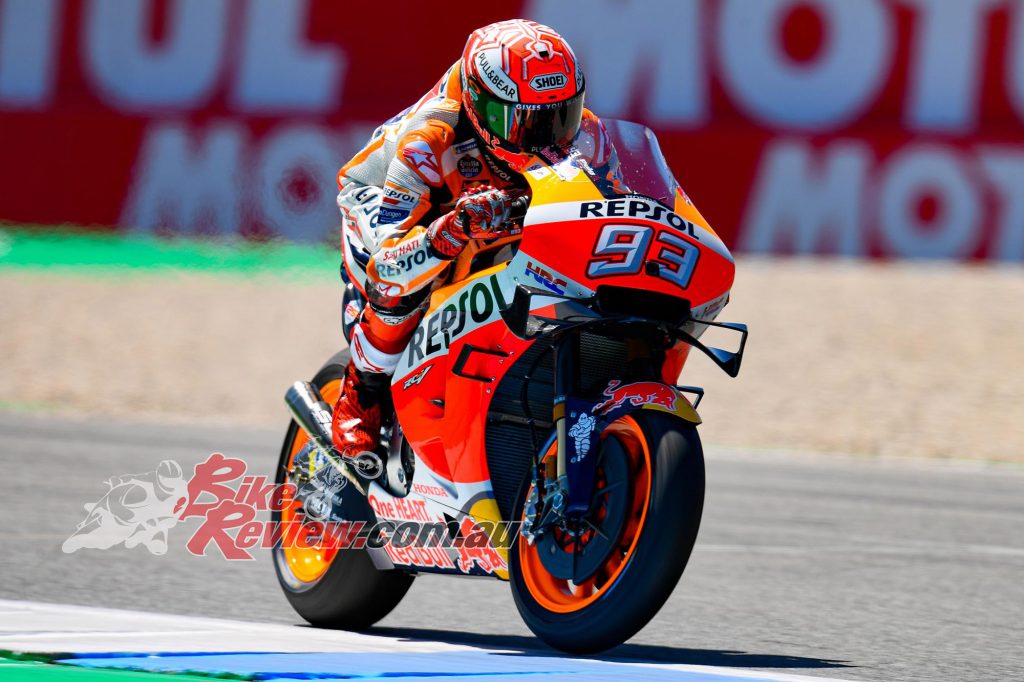 Marquez is set to return to the track this Saturday.

MotoGP Medical Director Dr Angel Charte: “As you all know, Marc Marquez had a crash where he suffered an injury, which was a diaphyseal fracture to the humerus. He underwent a surgical intervention where they plate it and 48 hours later, as is stated in the medical regulations, he has the right to request a medical evaluation to participate in the next race.

“Today he came to the medical examination unit, where they tried all of the movements that involve this kind of injury and it turns out he’s able to do them perfectly. There were no signs of pain or mechanical inability of his right arm, and therefore the exhaustive medical examination, although it seems strange to us, has been positive. It proves the rider is perfectly ready to race. At what percentage, that can’t be told, but he fulfils the rigorous medical protocol for this type of injury. 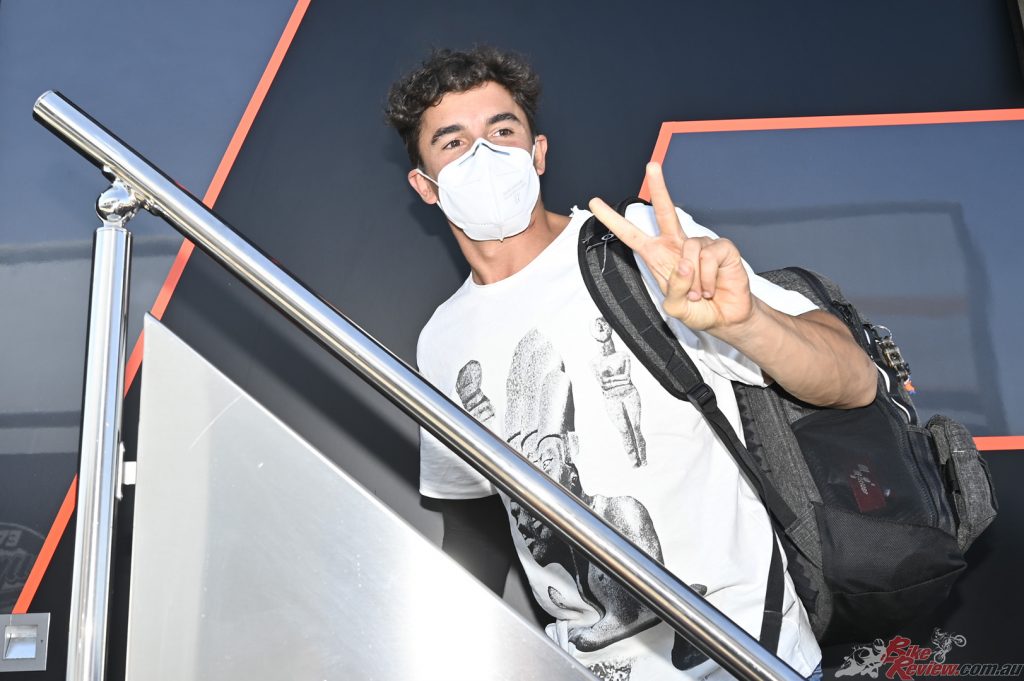 Marquez had the right to request an examination 48hrs after the surgery, to evaluate participation in the next race.

“Crutchlow had another crash and fractured his left scaphoid. A nail was placed in the fragment that was fractured and he has undergone the medical check-up which we do for this kind of injury, as each injury has its own protocol for examination.

“He’s okay and can race perfectly. In the case of Alex Rins, exactly the same. He had a scapolumeral subluxation of the left shoulder with a small fracture to part of the humerus’ head. This morning he underwent a nuclear magnetic resonance scan and the edema which was a result of the contusion has gone down ostensibly, and so we did the examination that have to do, and the rider is fit.”

Marquez is expected to be back on track on Saturday.