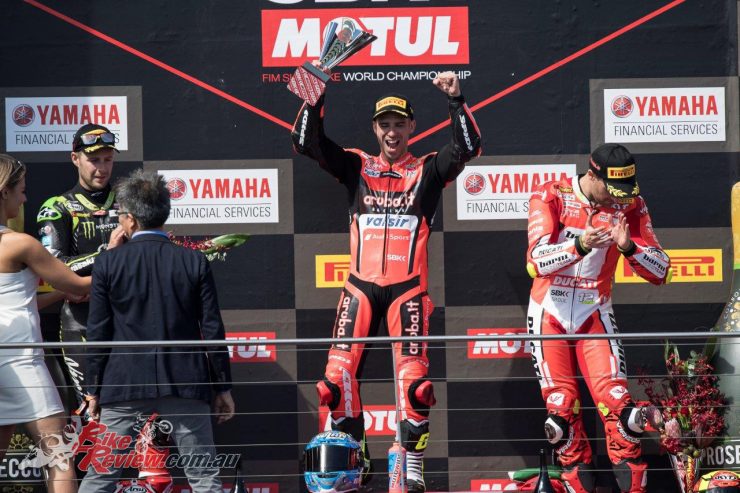 Marco Melandri has defeated World Champion Jonathan Rea by a scant 0.021 seconds – less than a wheel length – to score a magnificent clean sweep in round one of the 2018 MOTUL FIM Superbike Championship, Yamaha Finance round at Phillip Island.

The 22-lapper, which included a mandatory pit stop, was a thriller from go-to-whoa, and on the final lap it all whittled down to an arm wrestle between Melandri’s V-twin Ducati and Rea’s four-cylinder Kawasaki.

Rea kept his opponent behind him across all 12 turns of the grand prix circuit, but in a typical Phillip Island drag to the finish line the Italian got his nose in front when it mattered, to seize a stirring victory. It was Melandri’s 22nd triumph in the production-based series, and he’s now the seventh rider to score a WorldSBK clean sweep in Australia after winning yesterday’s race one.

On top of an already stellar weekend for the oldest rider in the WorldSBK field, the 35-year-old Melandri also set a new lap record of 1m30.848s. 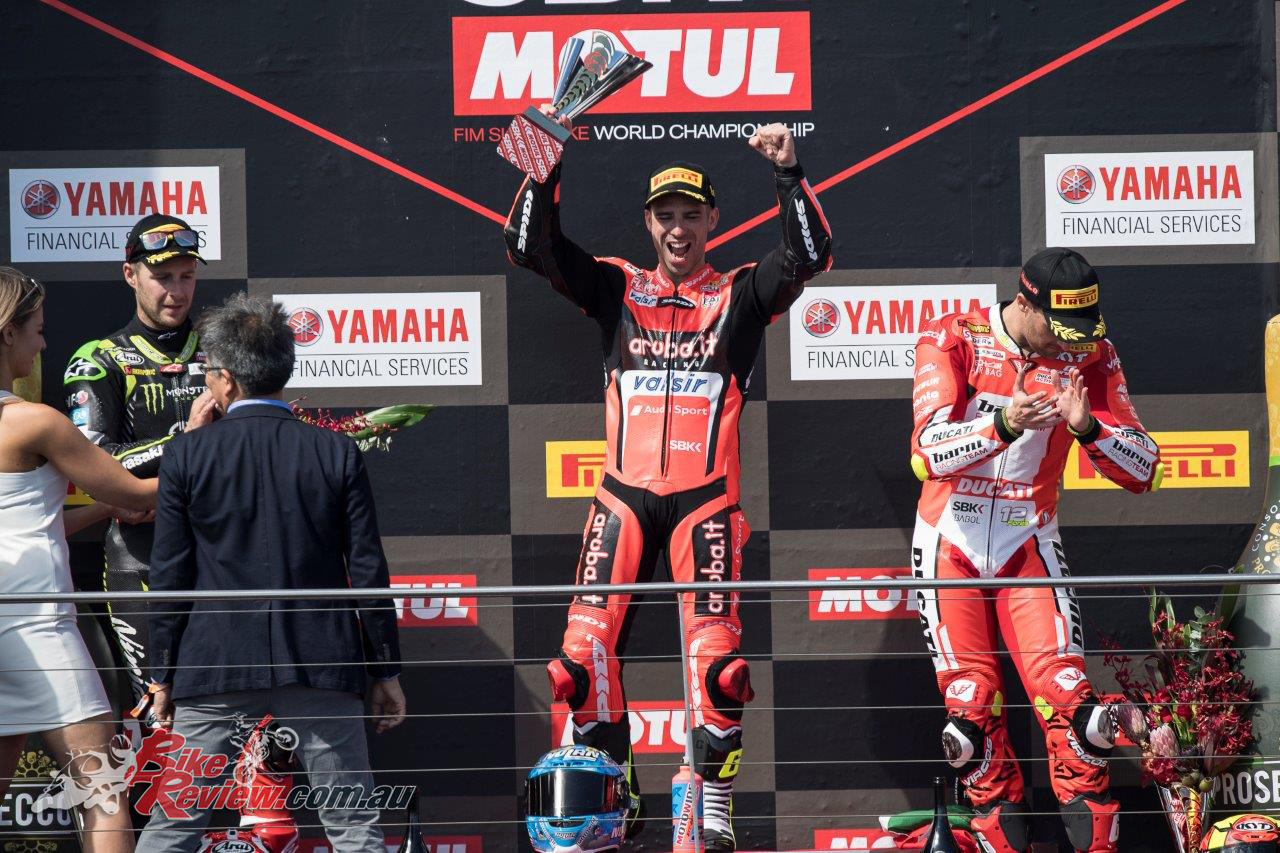 “It was a really crazy race and really difficult to make a plan for the last lap,” said Melandri. “With three or four laps to go I found my speed and rhythm, but then Rea was amazing on the brakes at turn one on the last lap, and very smart at turn two, so I then had to make a revised plan to get past him. It was amazing that I got the win again – my Ducati Panigale was working well and we had good speed. I’d like to thank my team for a great weekend.” 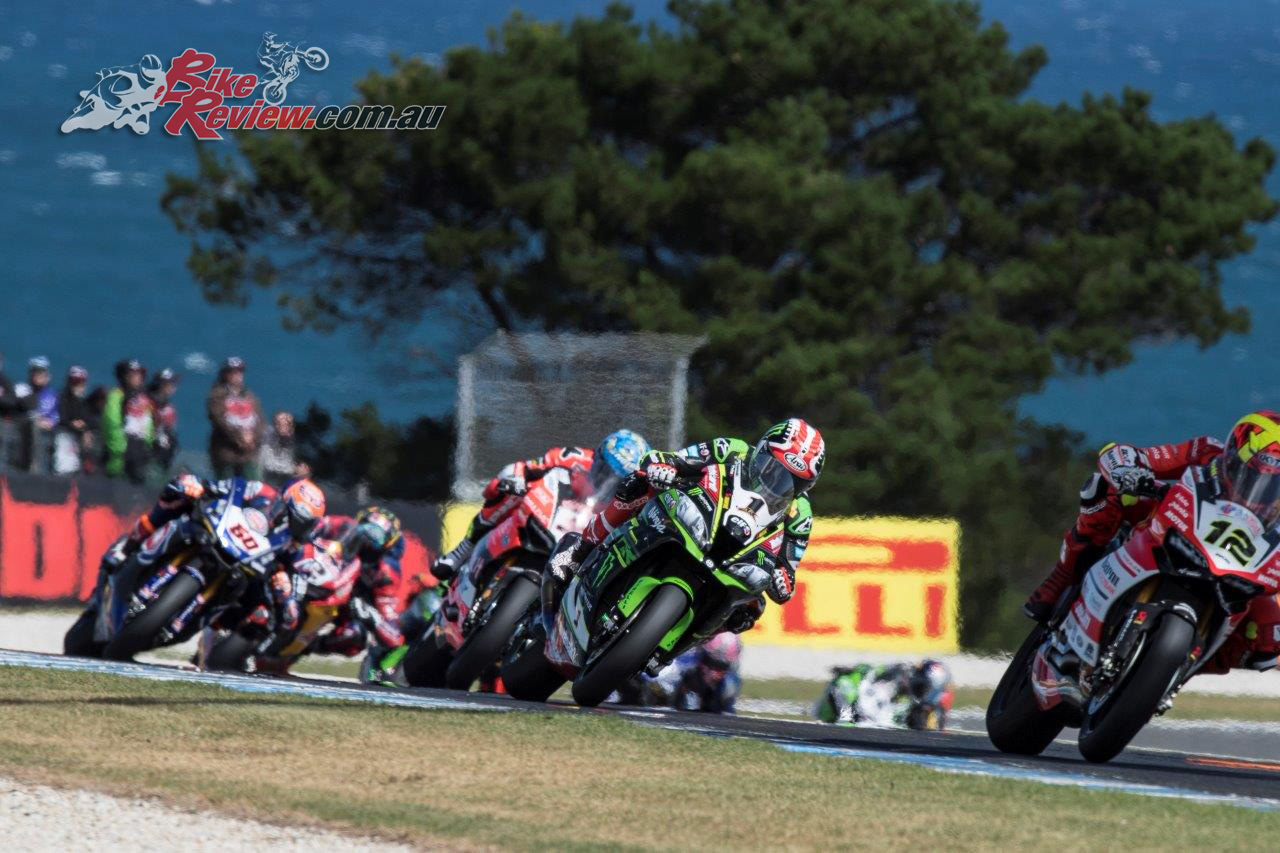 Fores, Rea, Melandri and van der Mark battle it out

Rea was relieved to finish on the podium after a disappointing fifth place in race one. “In one sense I am happy to survive here,” said Rea who has been struck with the flu. “My last two weeks have been crazy. I had surgery two weeks ago on my finger, I had two huge crashes in testing last week, and I’ve been sick since Wednesday – so it was probably the worst preparation I’ve ever had for a first round! Phillip Island is a special place though, to throw up an amazing race with lots of riders. I really enjoyed that pit stop finish. I’m sure it was exciting on tv, and the fans here really seemed to enjoy it and the racing was close to the end.” 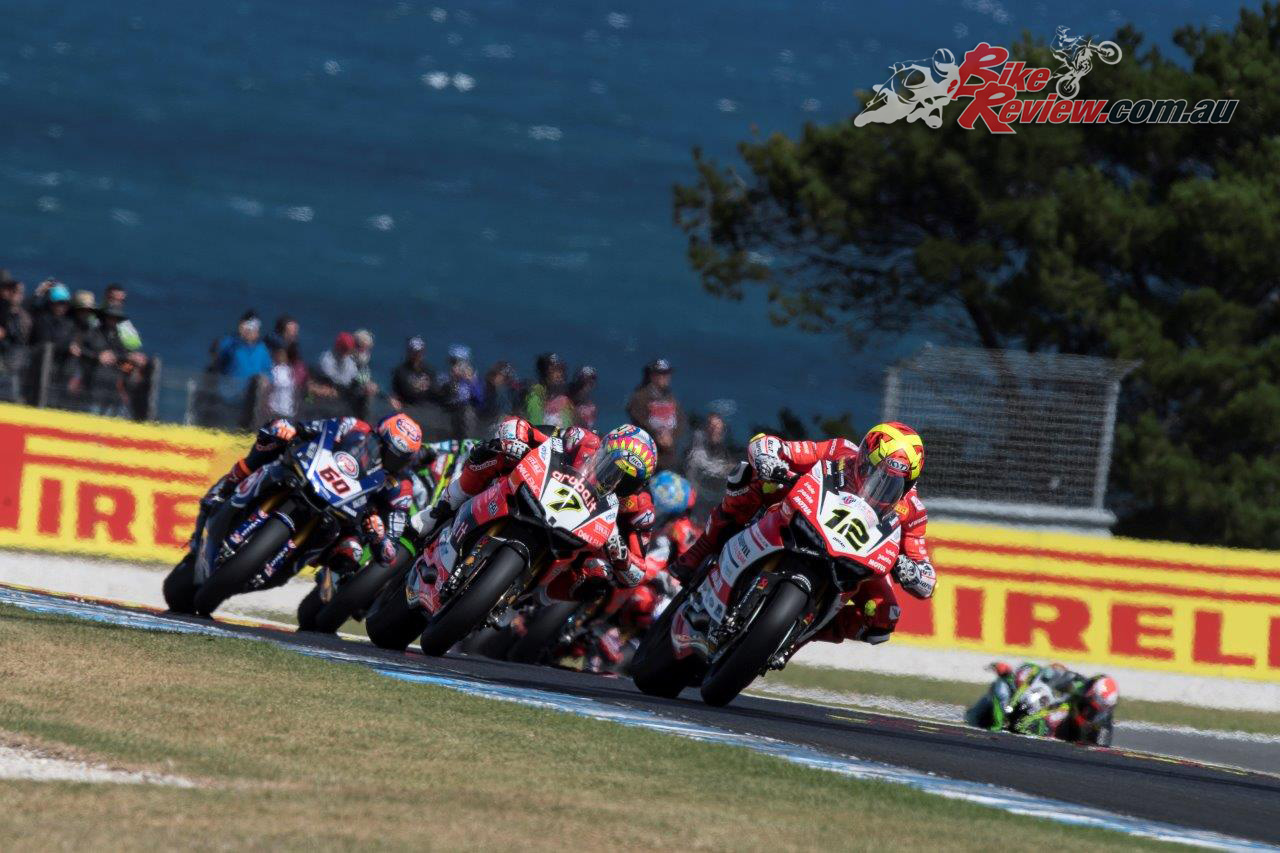 The top seven finishers were separated by just over three seconds.

Race two featured a mandatory pit stop between laps 10 and 12 to change rear tyres following concerns about excessive wear after yesterday’s race one. Some riders also chose to replace front tyres, but there was no doubt the race moved up a gear when all the pit stops were made.

Fores made most of the running in the second half before Melandri and Rea moved past him to set up a nerve-wrecking run to the chequered flag. 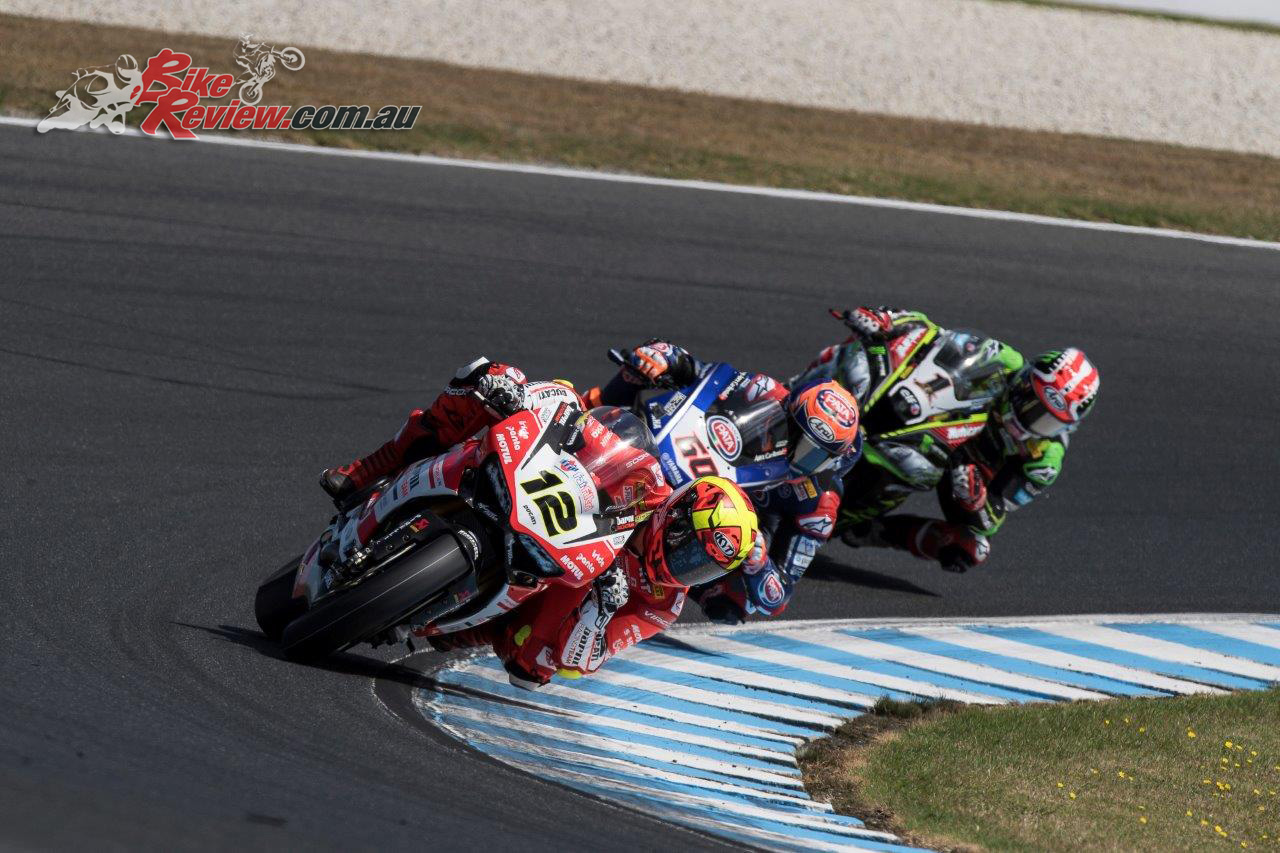 There were DNFs for Eugene Laverty (Aprilia) and Chaz Davies (Ducati), with the former leading the race on lap two when he crashed at turn six. He remounted and finished in 15th to bank one championship point.

Aussie Daniel Falzon (Yamaha) was black flagged after he failed to enter the pits during the mandated three-lap window. The other two local wildcards, Wayne Maxwell (Yamaha) and Troy Herfoss (Honda), didn’t start because of technical issues. 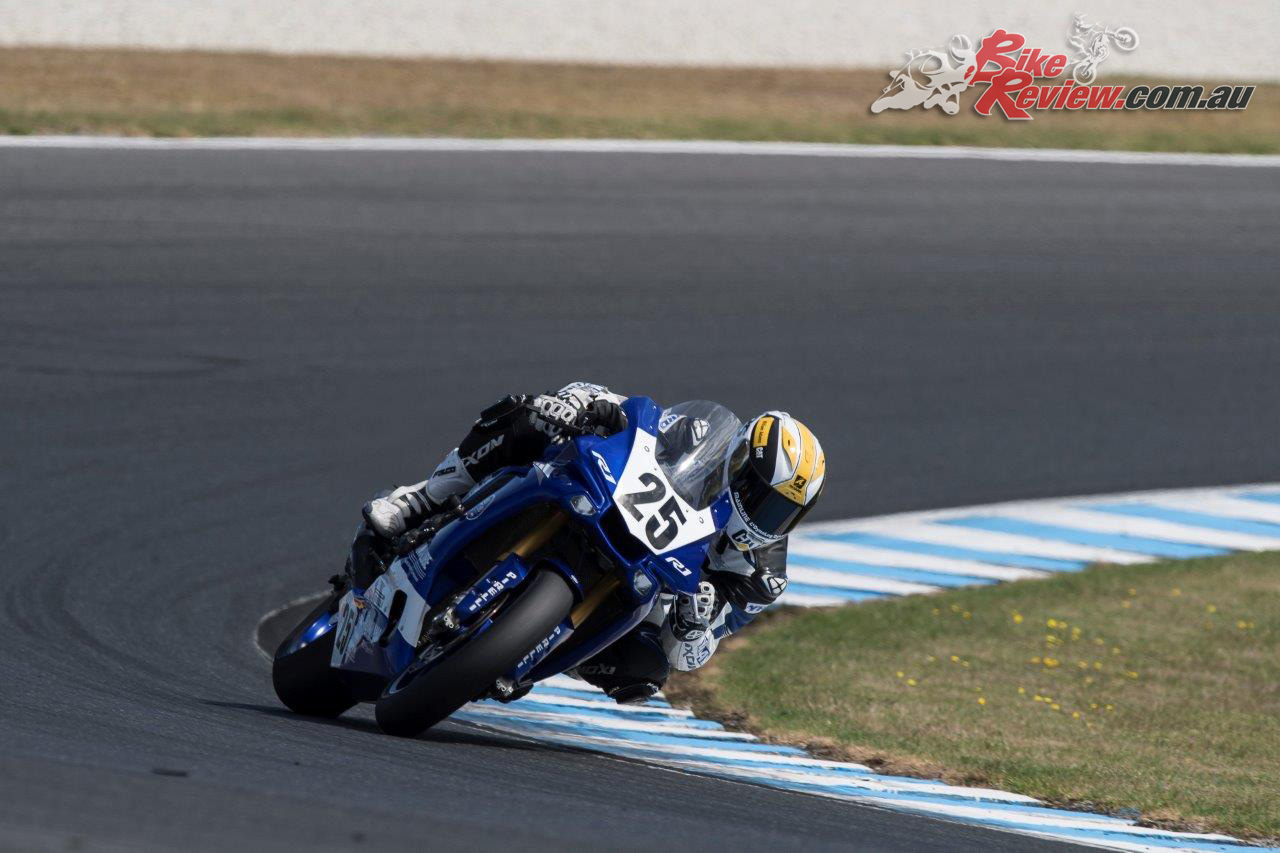 Round two will be held in Thailand from March 23-25.