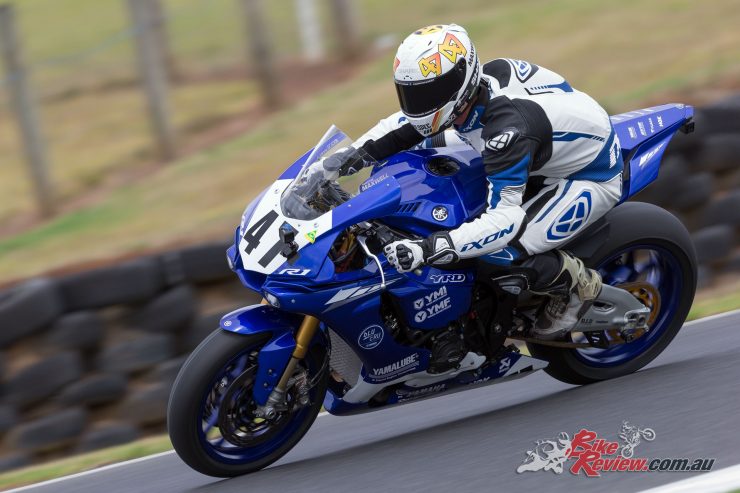 The Australian Superbike Championship (ASBK) was back with a bang, as Wayne Maxwell from the Yamaha Racing Team put in the quickest lap time of the day to finish on top of the Official ASBK Test at Phillip Island Grand Prix Circuit.

The reigning champion is Josh Waters (Team Suzuki ECSTAR, GSX-R1000R) and Phillip Island sets the stage for a first look as to who can chase him down as ASBK prepares to go top gear for 2018. With two days of track time available to the riders, it was time to show who is on the pace. 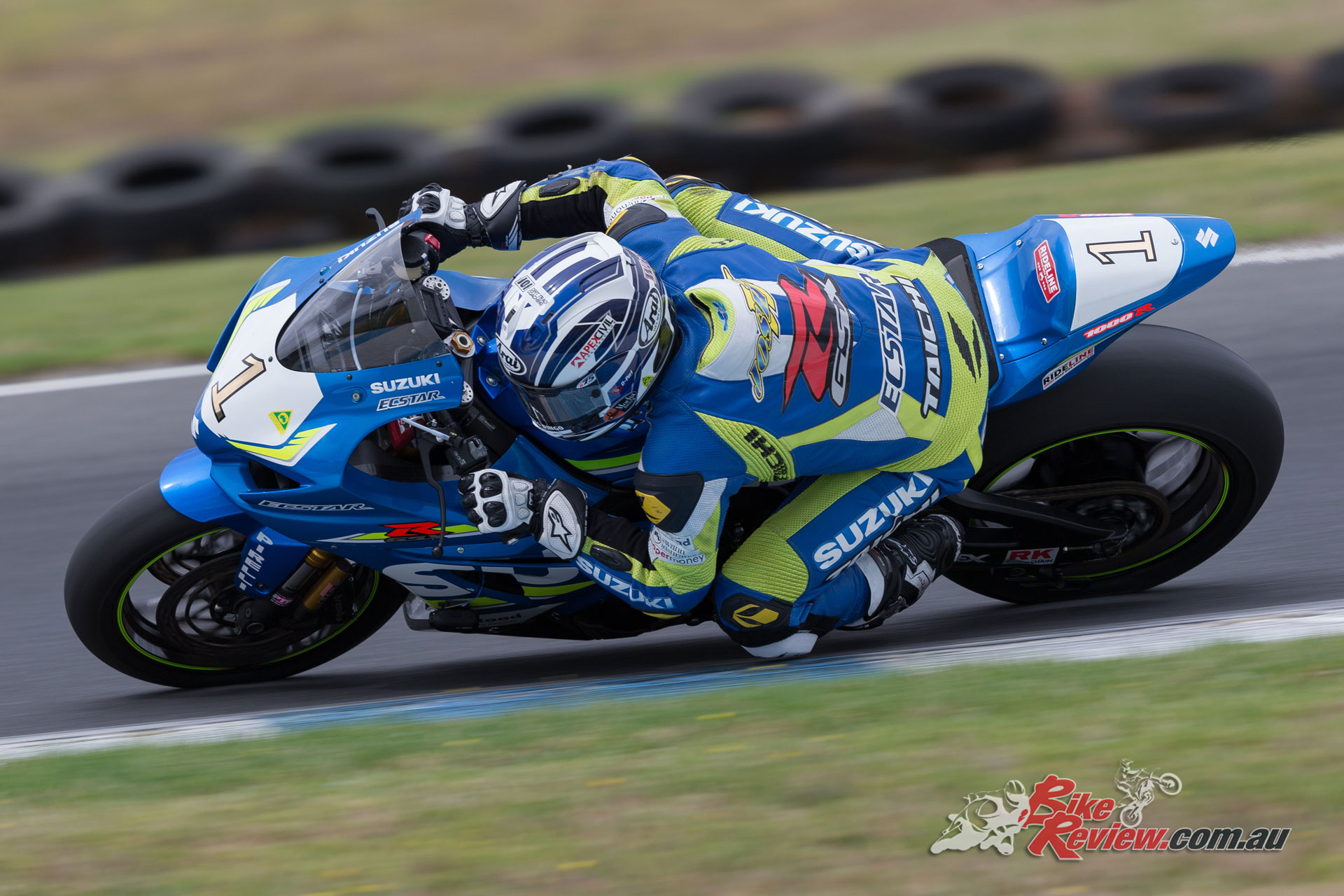 Riders quickly got to business setting quick lap times and chasing an optimal setup ahead of the season opener alongside the WorldSBK Australian Round, February 22-25 at the same circuit.

With four classes taking to the track, there was plenty of intrigue to see who would be fastest and by the end of the day, Wayne Maxwell (Yamaha Racing Team, YZF-R1M), Tom Toparis (Cube Racing, Kawasaki ZX-6R) and Tom Bramich (YRD, Yamaha YZF-R3) set the fastest lap times within their respective classes. Conditions were windy and overcast, but still yielded quick lap times.

Also catching the attention of the paddock and fans was the return of three-time WorldSBK Champion, Troy Bayliss (Desmosport Ducati, 1299 Panigale) whom returns from 10 years in retirement. Bayliss hit the track and was very competitive upon his return featuring amongst the top 10 positions for most of the day.

Fastest for the premier YMI Superbike Class was Phillip Island specialist, Maxwell who registered the fastest time of 1:33.252. As possibly the strongest rider at the Phillip Island track, it was no surprise to see him top the first day. 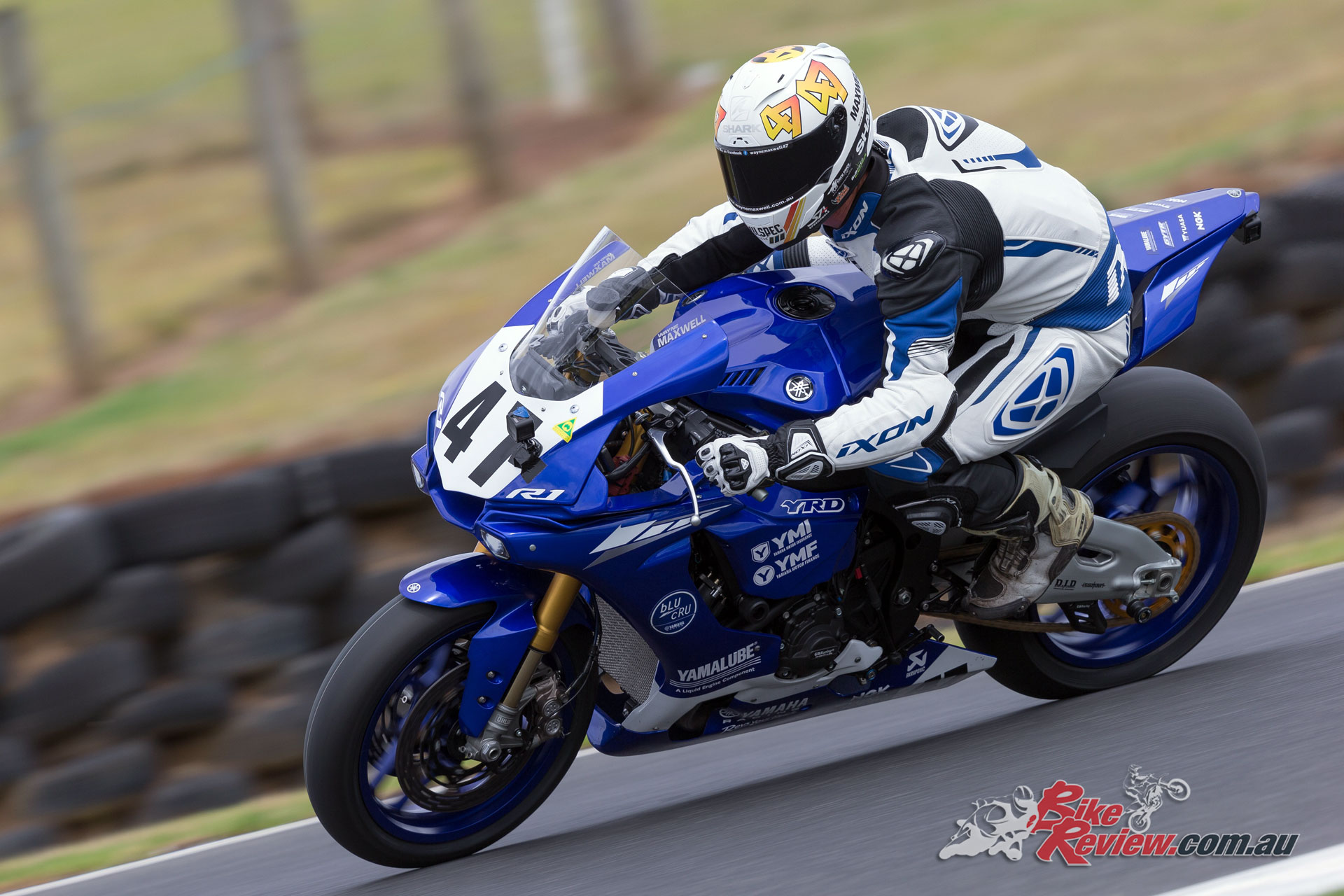 Maxwell saying; “It’s a fantastic start to the season for Yamaha and the bike was really competitive when we rolled it out of the box. Obviously, guys like Josh Waters and Troy Herfoss are always going to be around the mark, so we just have to concentrate on our own program and try to make it better. Tomorrow will provide a better indication of where everyone is. We had a great off-season and I’m ready to get the season started.”

Closest to Maxwell was the 2017 YMI Superbike Champion Josh Waters (Team Suzuki ECSTAR Australia, Suzuki GSX-R1000R) who pushed hard to establish himself near the top but fell short by a mere 0.048s.

Three-time ASBK Champion, Glenn Allerton (NextGen Motorsports, BMW S1000RR) got 2018 off to a successful start, coming third with a lap time of 1:33.658. Allerton adapting well to his new BMW S1000RR machine. Michael Blair (Michael Blair Racing, Yamaha YZF-R1) was near the top of the timesheets all day long and ended up with a fastest time of 1:33.833. Daniel Falzon (Yamaha Racing Team, Yamaha YZF-R1M) had a great debut as a factory rider for Yamaha, slotting into fifth position on the timesheets.

Bayliss upon his return managed a top ten finish, not a bad comeback for the returning Superbike legend.

Tom Toparis (Cube Racing, Kawasaki ZX-6R) was fastest for Australian Supersport class on day one, with a fastest overall lap of 1:36.354. His pace suggesting that a strong outing could be on the cards for Round 1 when he will compete as a WorldSSP wildcard and ASBK competitor. 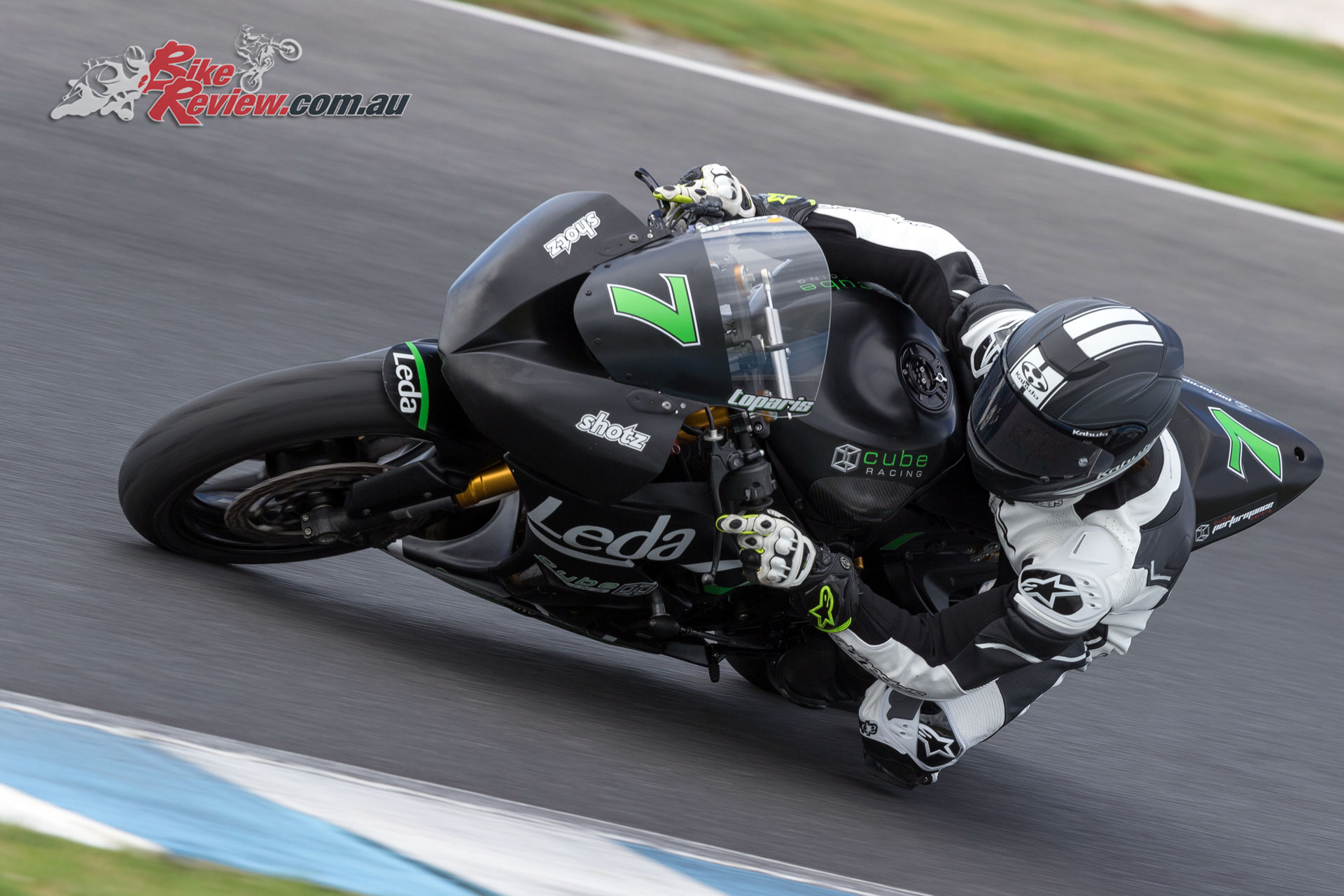 Toparis shared; “It was a great way to ease into the season today. We were playing a lot with the setup but we always have our original, which we can always go back to anytime. I’m just working with my mechanic to try to try and find new ways to go faster and eliminate any issues. We are also setting our bike up to compete as a WorldSSP wildcard. Hopefully the weather is good tomorrow and I love coming back to the paddock and seeing everyone again.”

Cru Halliday (Yamaha Racing Team, YZF-R6) after making his return to the Yamaha Racing Team as a factory rider, riding the new YZF-R6 finished in fourth with a time of 1:38.211. Tom ‘E-Gun’ Edwards took out the remaining top five placing ahead of his move to WorldSSP 300, with his best time a 1:38.618.

Tom Bramich topped the overall timesheets for the combined Australian Supersport 300 and YMF R3 Cup sessions, with a lap time of 1:51.223 in the fourth session. Bramich was on top of his game, with great pace in all sessions. 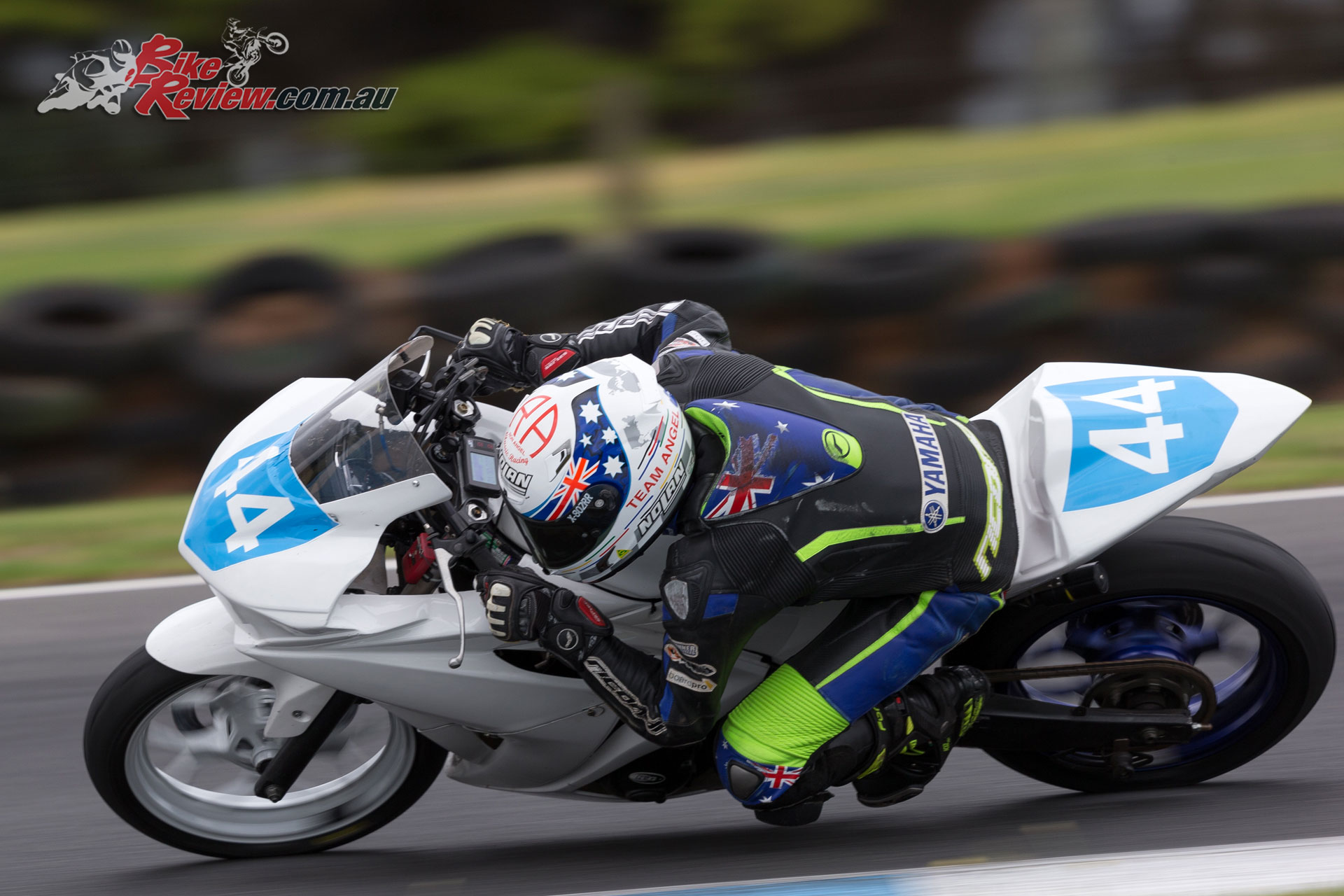 Bramich saying; “Today was very good, despite the windy conditions. Overall, I’m very happy and it’s great to be back on the YZF-R3, hopefully we can go even faster tomorrow. We didn’t have our main mechanic today but he will be here for tomorrow, so hopefully we can make several adjustments to up the pace.”

Oli Bayliss (Cube Racing, Kawasaki Ninja 300) finished of the day with the second best overall time of 1:51.552. Bayliss was strongest in the third practice session of the day, 0.329 of a second off the pacesetter, Bramich.

Ben Bramich (GowMoto, KTM RC 390) also pulled off an impressive display to finish third overall with a lap time of 1:51.715.