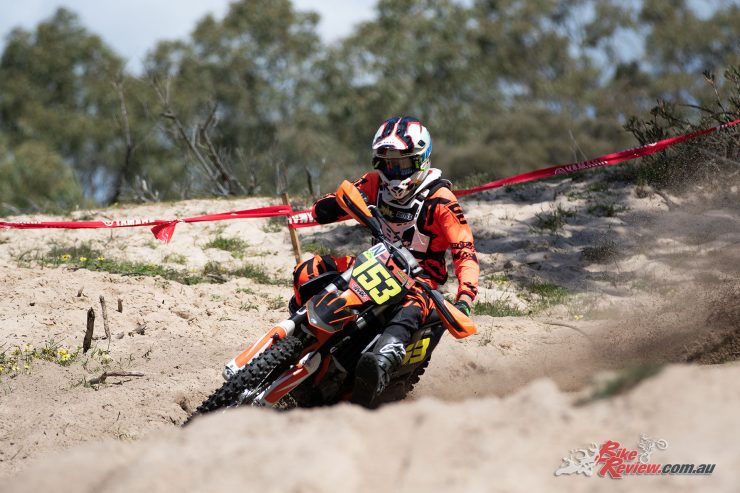 McMahon, Hollis and Hargy have perfect weekend at Kingston SE

The battle in the junior classes at Round 8 of the Yamaha Australian Off-Road Championship were once again a tight affair with all three results being decided by under a minute after eight tests. The sun-soaked Kingston SE saw Korey McMahon (J4), Blake Hollis (J3) and Billy Hargy (J2) continue their strong seasons and add another win to their tally.

In a return to the sprint format after the first ever AORC desert cross country, the Keyneton Motorcycle Club certainly brought their A-game, providing three impressive tests. The junior riders battled it out on the KTM test, which covered five kilometres and saw the terrain change from flowy sandy grasstrack through to tight and technical sections which included limestone outcrops and low tea tree scrub.

Kingston SE again turned it on for Round 9 of the AORC with the sun beaming down right from the first test of the morning. The perfect weather was matched by perfect performances from Korey McMahon (J4), Blake Hollis (J3) and Billy Hargy (J2). 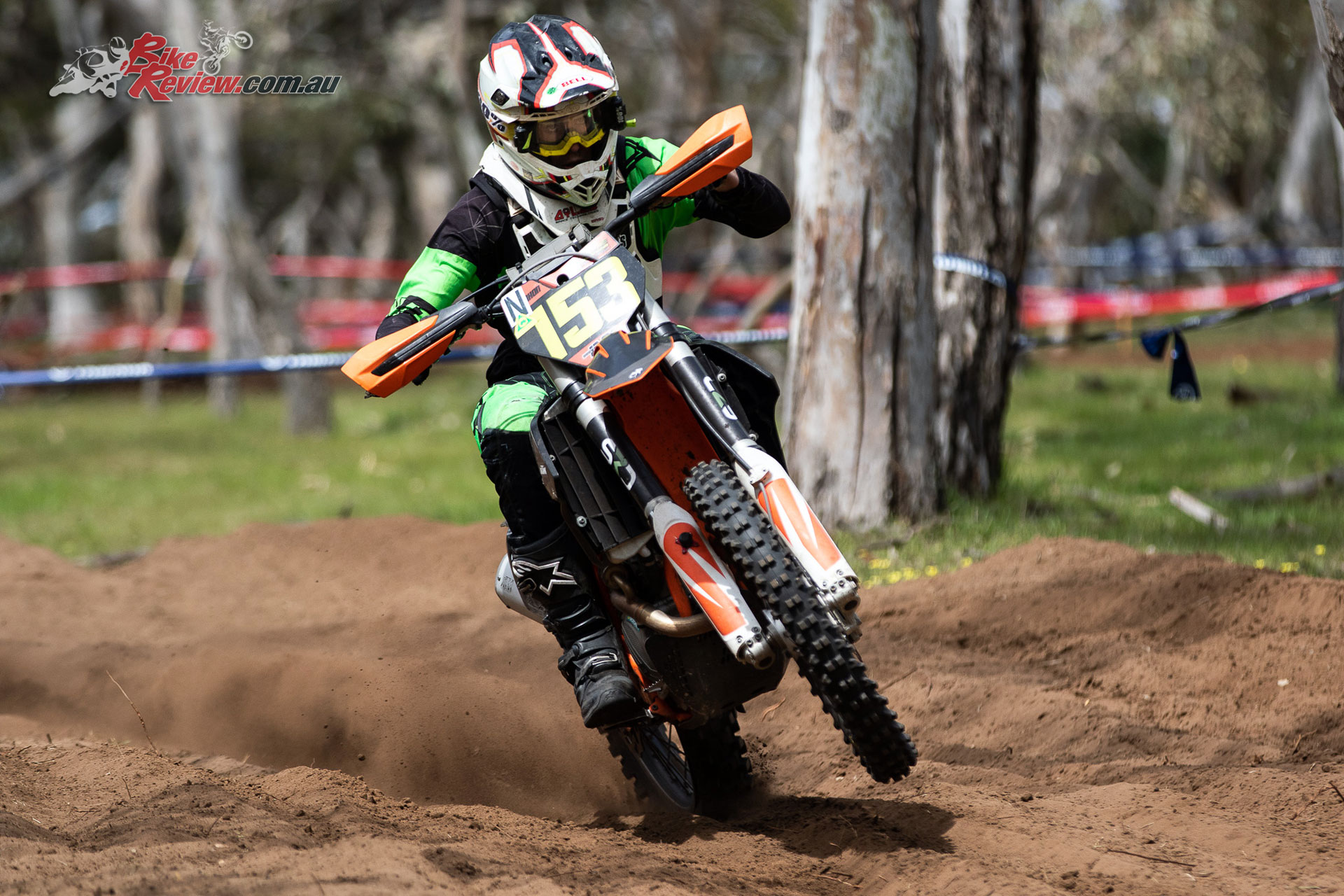 Sunday they moved onto the bLU cRU test, which was a little bit shorter than Saturday’s challenges but it was quite challenging as the track was rough and rugged.

The J4 class was a battle between eventual winner McMahon and returning Honda rider Korey Bacon, the pair were a step above the rest of the field at Kingston SE. McMahon got off to a great start to the day and put a good gap on Bacon before Bacon came home strong but it was enough as McMahon’s time of 47:10.570 took the win.

Bacon will go into tomorrow with great confidence after missing the previous AORC round, grabbing second position with his time of 48:06.350. Bacon will be hoping to get off to a better start in tomorrow’s sprints as they cost him today.

The last spot on the podium went to Matt Waters who had a great battle throughout the day with Matthew Pye, but Waters got the better of the battle and grabbed third with a time of 50:33.400.

In the J4 class it was once again McMahon who was just in a class of his own, which has been a common theme of late in the J4 class. The KTM rider set the tone by gaining 13 seconds over his nearest rival and continued to find speed and continue onto a commanding victory. 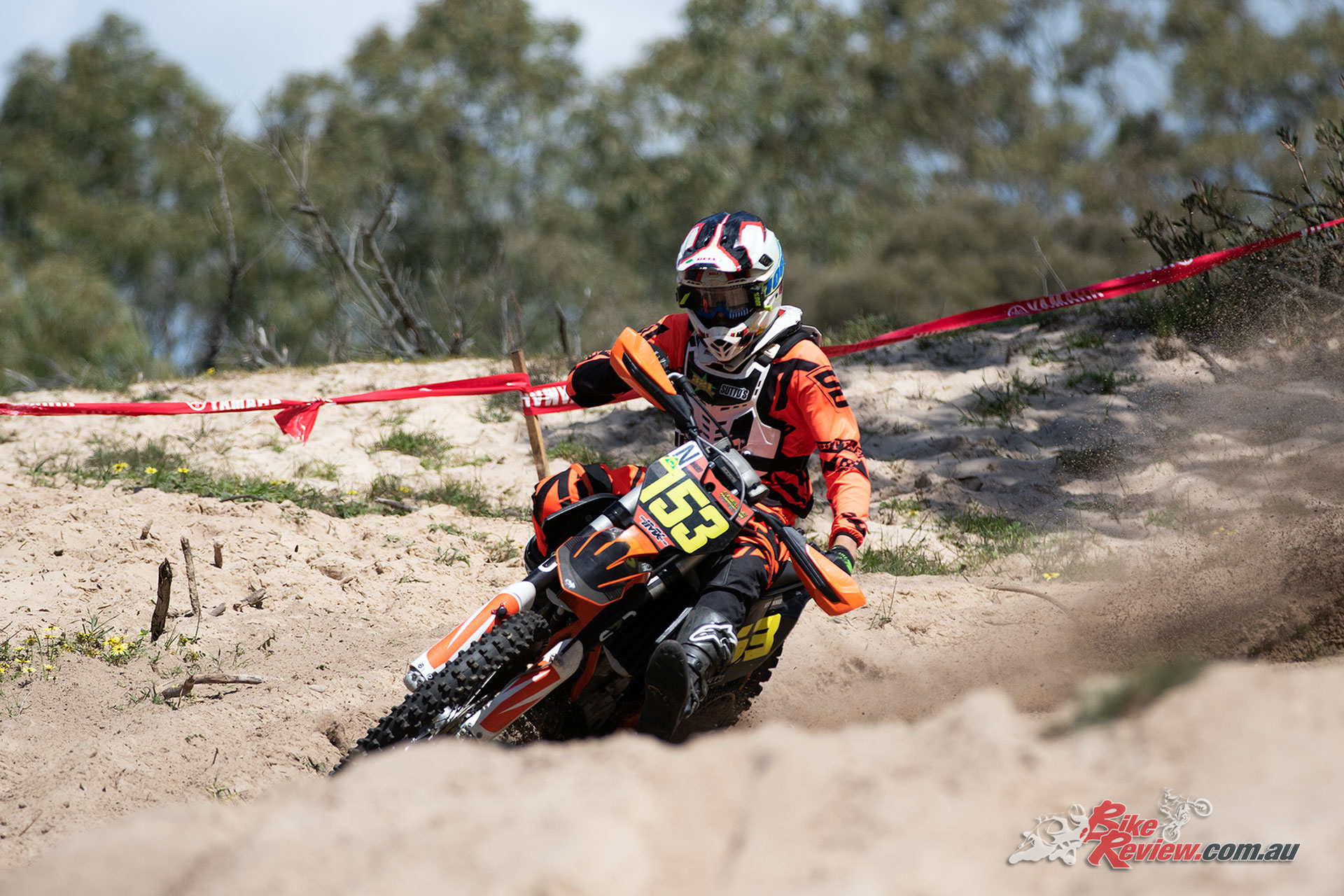 Backing up his efforts upon his return to AORC was Kyron Bacon, as he grabbed another second-place finish behind McMahon, leaving the pair with an intriguing battle heading into the final two rounds at Omeo, Victoria in just under two weeks.

Jumping into the final place on the podium was Husqvarna rider Mathew Pye, after missing out yesterday Pye put his head down and snagged the last spot on the podium. 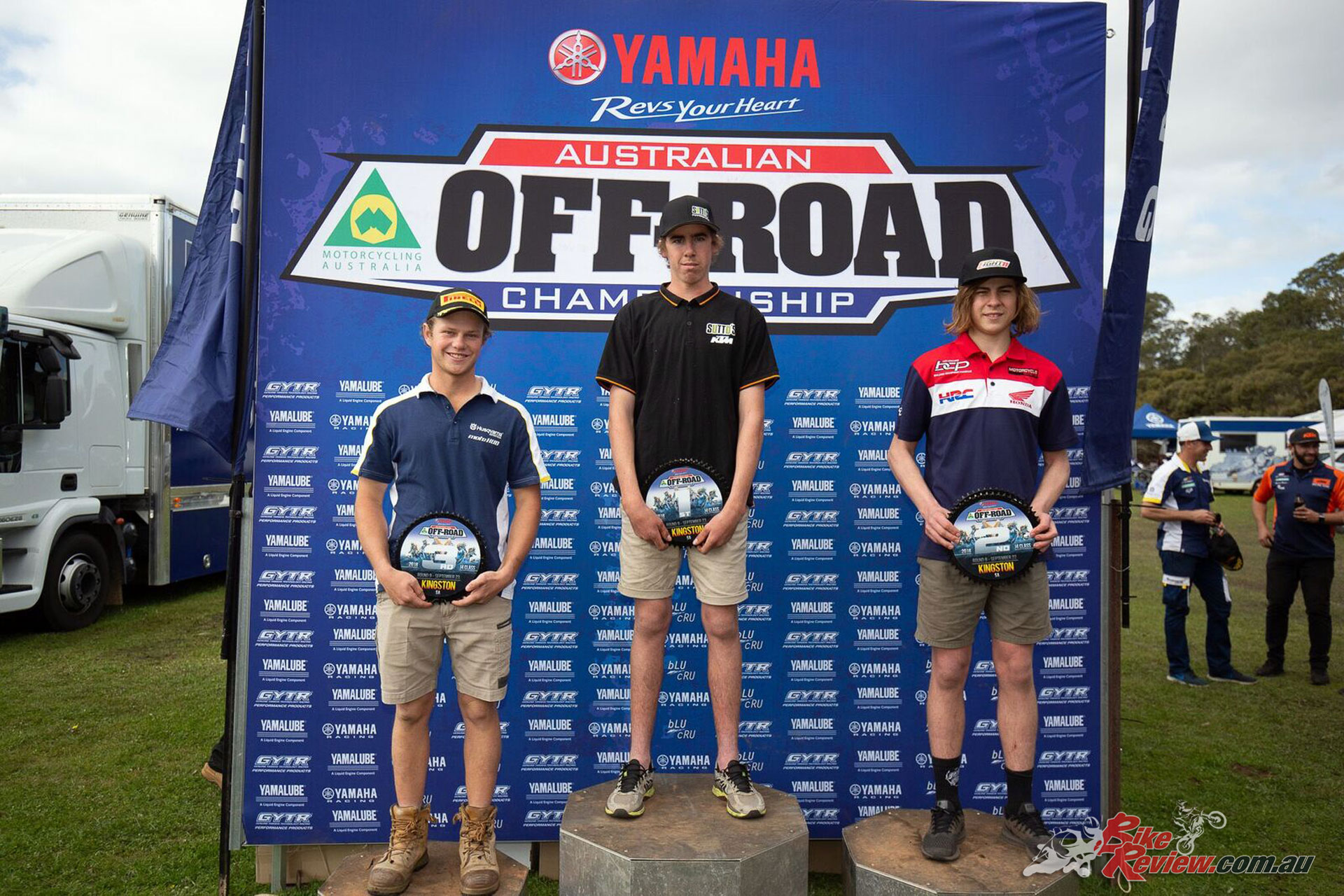 After taking the win at Broken Hill, Hollis has continued his strong form here at Kingston SE. The Yamaha rider set up his win with a great first test, gaining over 40 seconds on the rest of his competition. After such a strong start, Hollis continued to gap his opponents and ended the day with a time of 50:17.344. 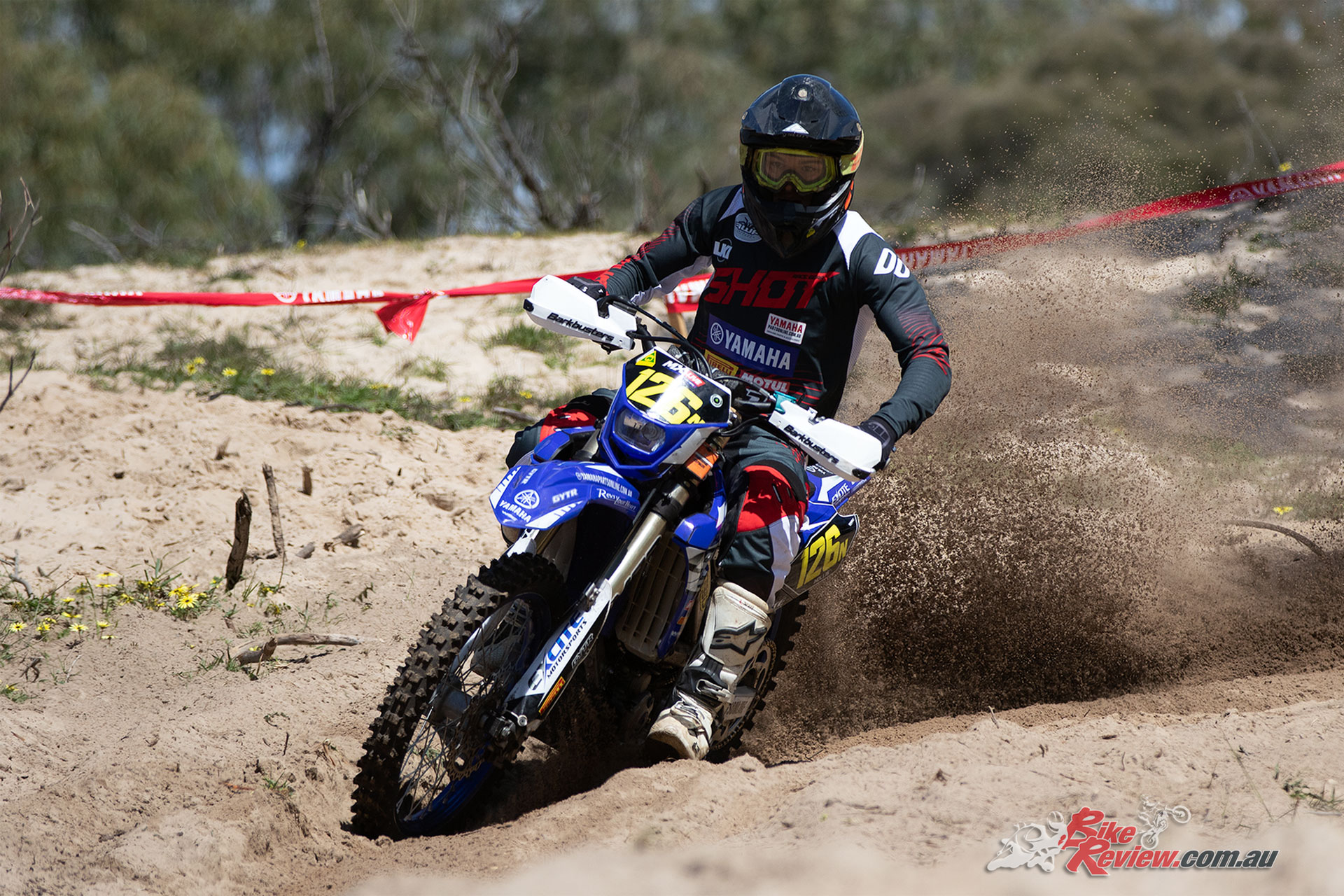 The rider finishing with the second-best time in the J3 class was none other than Charlie Milton, who put together a great day riding to register a time of 51:24.198.

Rounding out the podium on his Yamaha was Ned Chapman, who started the day slow before finding his feet during the middle of the day. Despite his slow start to the day, Chapman finished with a time of 52:47.980 to grab third position.

The rider who has found great form in the last few rounds of the AORC J3 class has been Hollis and he continued his form with another win today. The Yamaha rider has been the standout rider in the J3 class at the past couple of rounds and here at Kingston SE, it was no different.

Taking home second place at Kingston SE was Charlie Milton aboard his KTM and showing he is quite skilled in the tricky conditions. The last spot on the podium went to Samuel Pretscherer as he showed a real liking to the sandy terrain and has set himself up for a solid finish to his 2018 season. 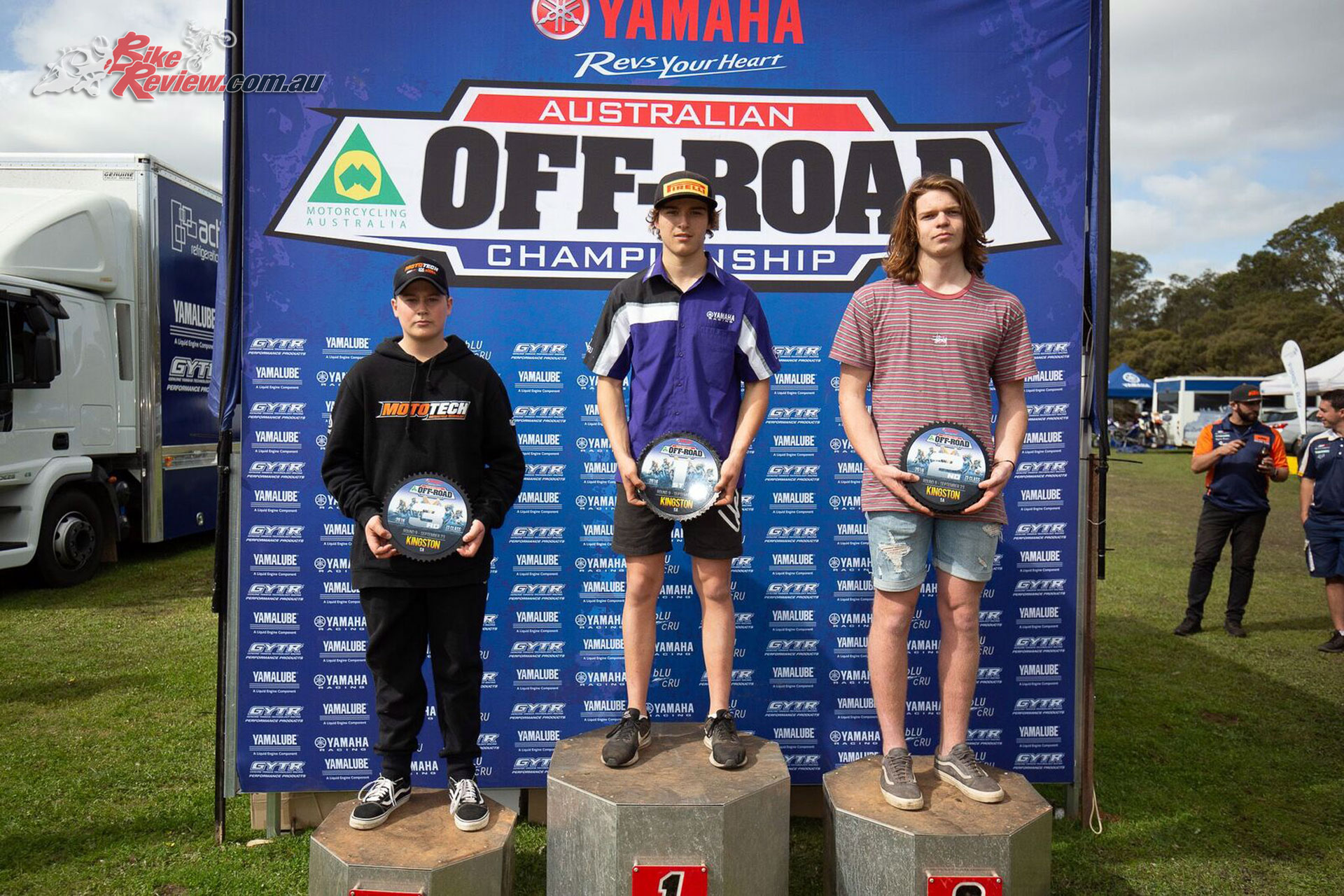 The J2 class saw Hargy take the class win and continue his fine 2018 season, the Husqvarna rider managed his way through the flowy grass track to record a 54:35.910 on his way to another victory. 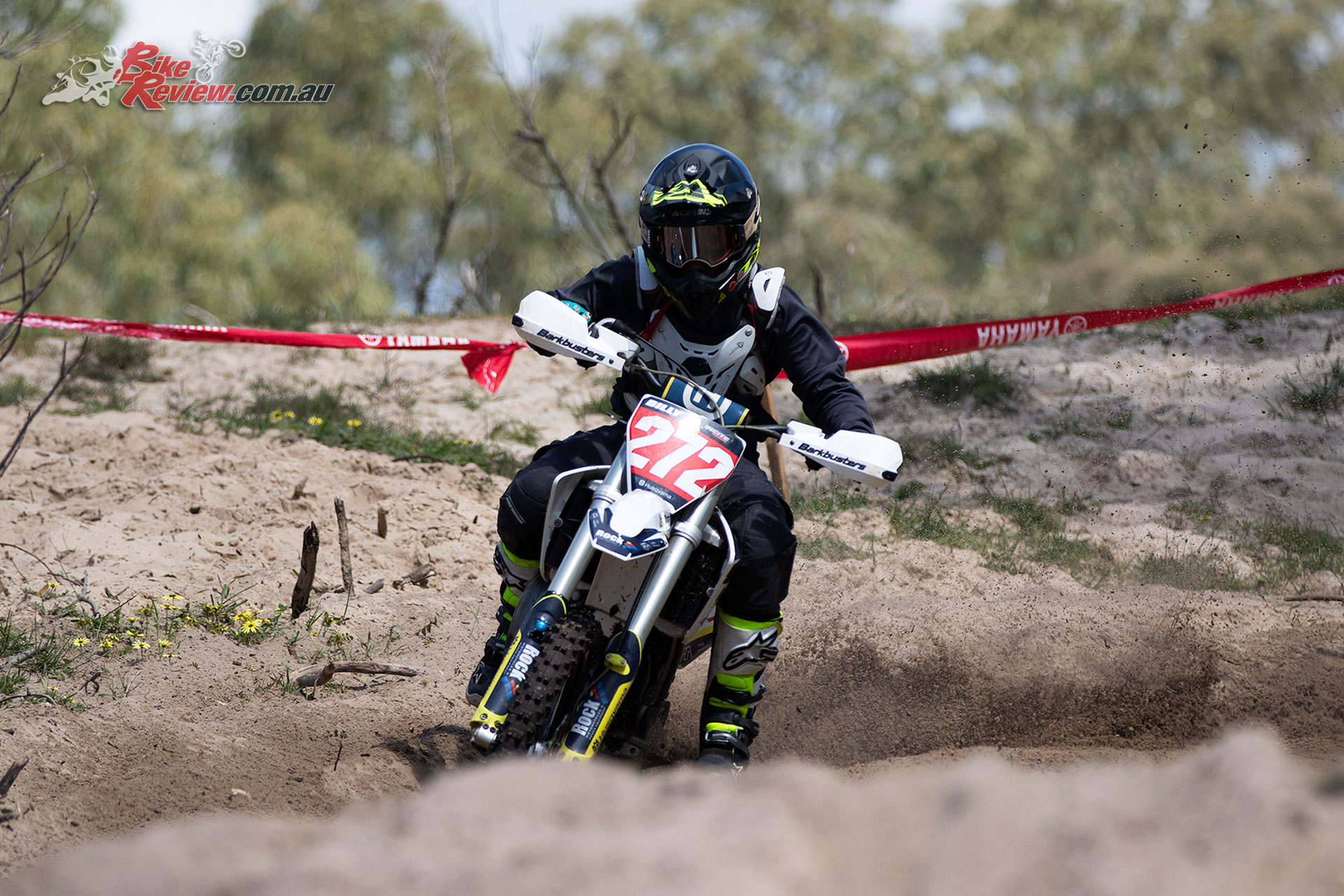 A battle is brewing in the J2 class with Kobe Conley continuing his great rise this season, after a break out win earlier this season he once again was up the pointy end of the pack. Conley finished in second position with a time of 55:34.719.

The final spot on the J2 podium went to Max Phillips who put in a solid days riding to record a 55:59.061, which was good enough for third place.

Hargy has had a weekend to remember here at Kingston SE backing up his win on Saturday with another win today, the win now cements Hargy as the rider to beat for this years J2 Championship. The Husqvarna rider showed great skills as he made his way through the tricky terrain on the bLU cRU test. 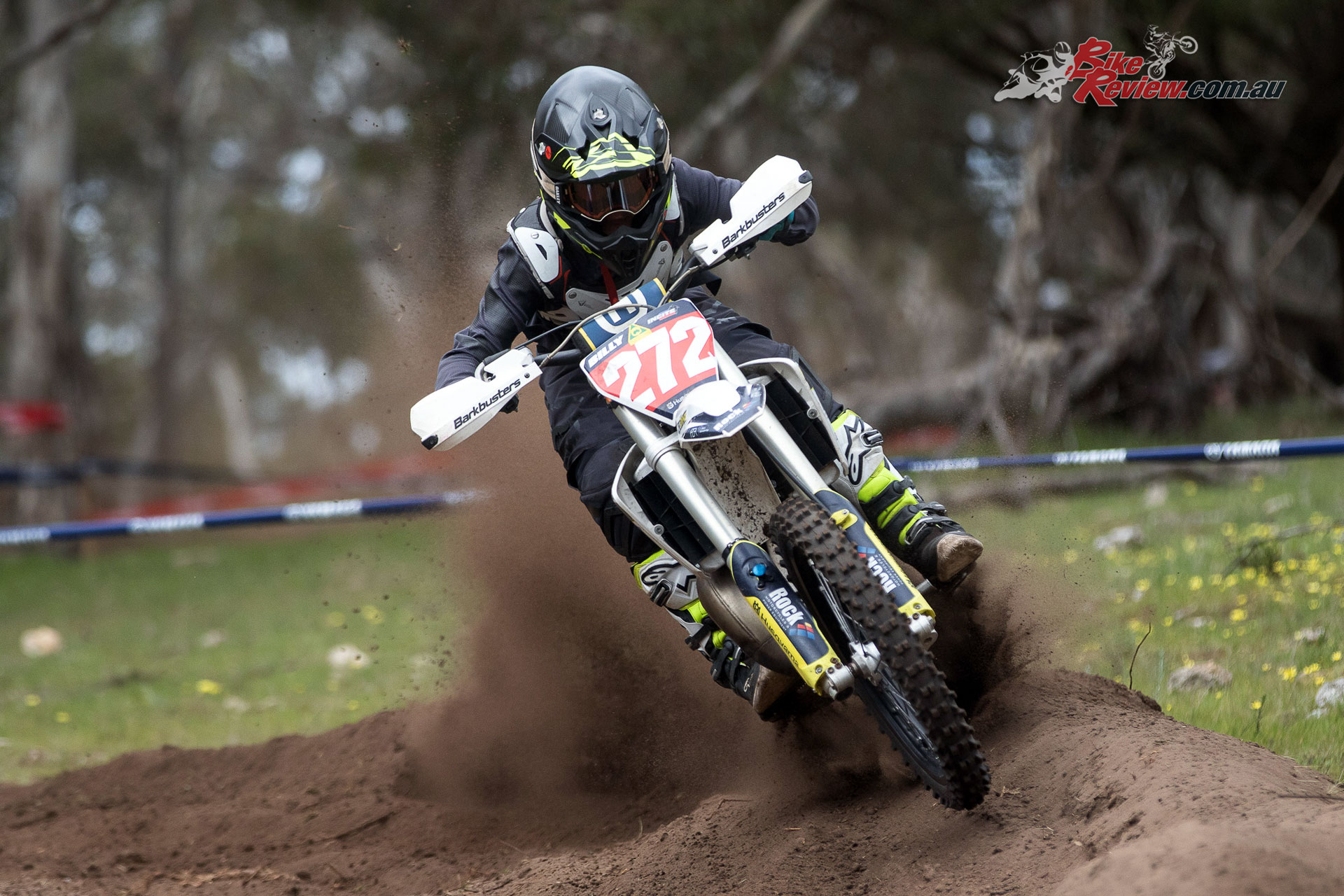 Finishing in second place behind Hargy on his KTM was Max Phillips who improved upon his third place on Sunday to grab second today. Phillips will be looking to grab another win to add to his wins earlier this season.

Snaring the final spot on the podium was Taj Gow-Smith, showing great speed on his Yamaha. Gow-Smith will be happy with his efforts in what is his home round of the championship. 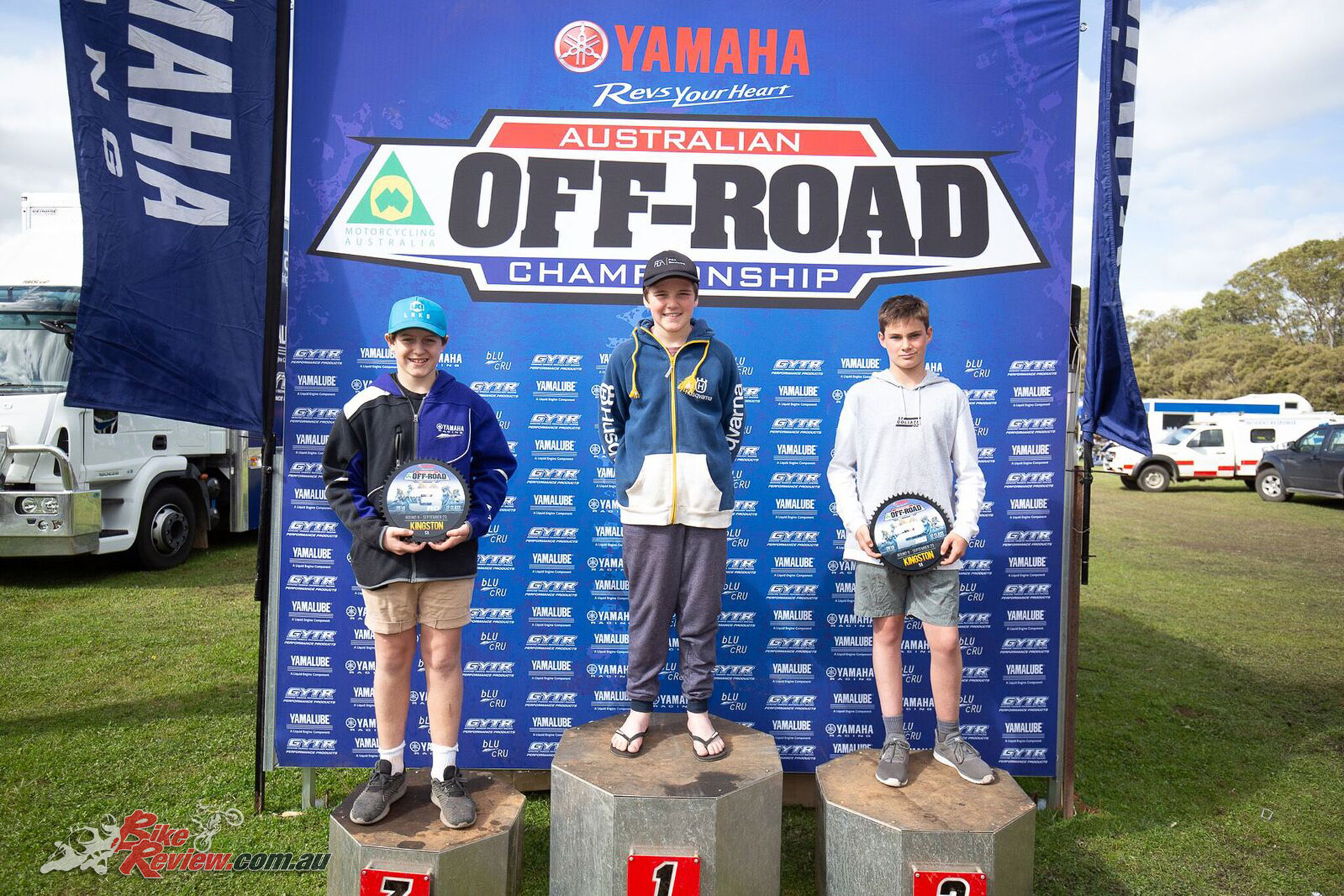