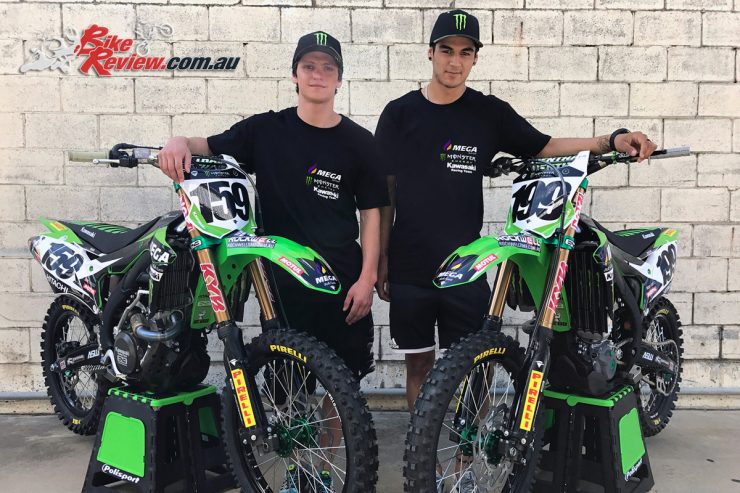 Highly-rated Russian import Tonkov only arrived in Australia this week, officially announced by Kawasaki Motors Australia on Tuesday. As a race winner at the world championship level, the 23-year-old is expected to challenge for the championship this year, but will ease into the 10-round series due to having minimal pre-season preparation aboard the KX450F. 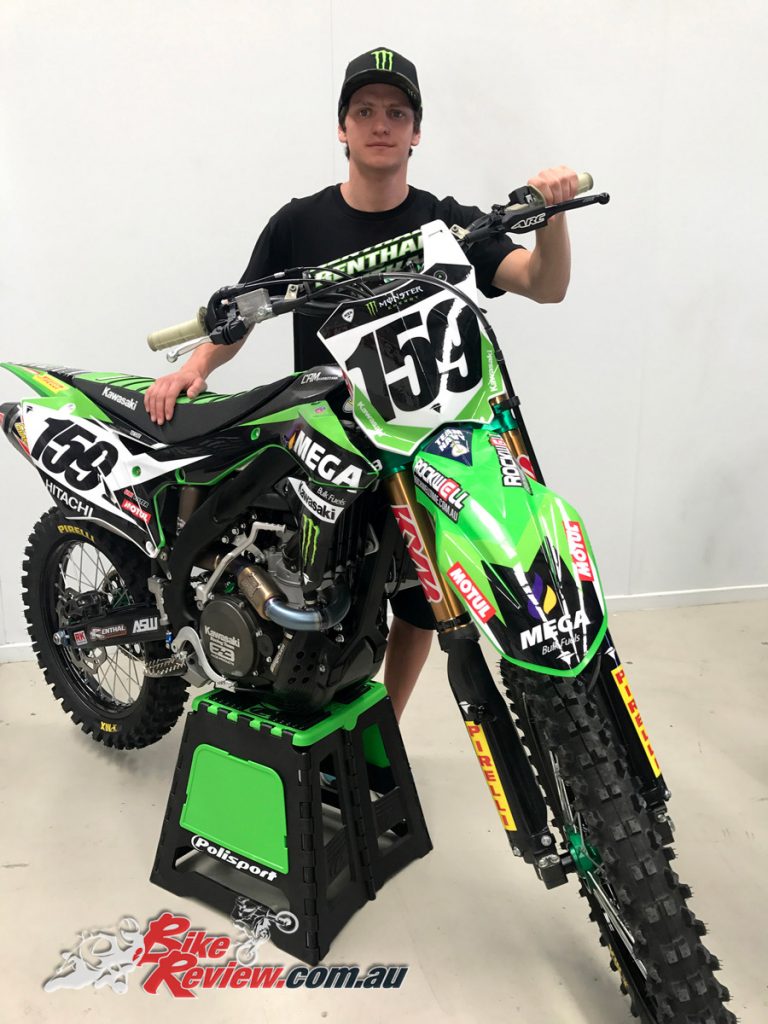 “It was good to ride for the first time this week with the MEGA Bulk Fuels Monster Energy Kawasaki Racing Team,” Tonkov said. “It will be tough, for sure, without much time on the bike and going straight into the race after a long time off. I feel alright though, I am healthy and that is the most important thing. We will get through round one, take a lot from it and be ready for the second round. The goal is to take as many points as we can, then really work hard for the next one. The championship’s long, so you can’t win it in the first round, but we will aim for a strong result.”

As for rookie MX1 teammate Crawford, still just 19 years of age, he had his pre-season disrupted by a minor arm injury, but has been cleared to race the KX450F this weekend at Wonthaggi. Not at 100 percent fitness, last year’s MX2 number three will take the early stages of the season one race at a time in a bid to make an impact by round two, but is excited for the series to roll-on. 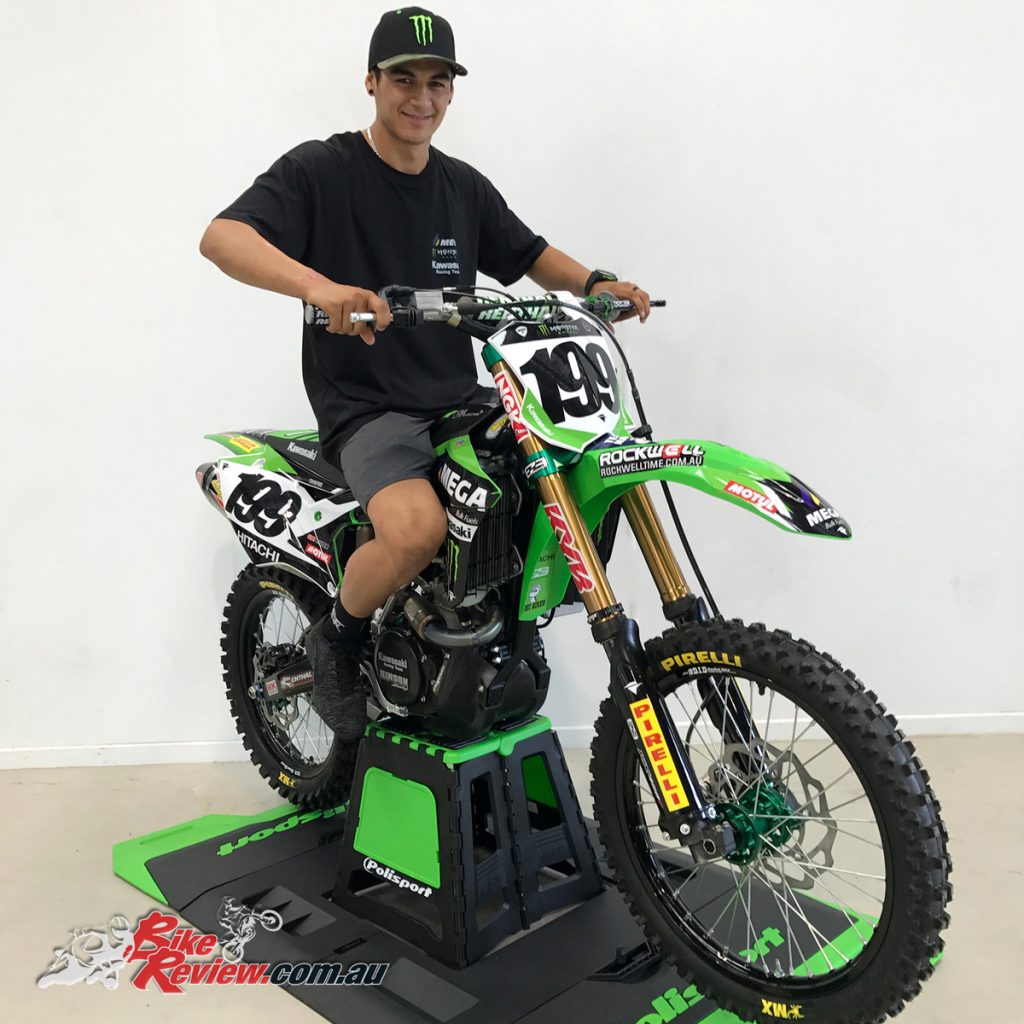 “Everything was going really, really good until my accident, but that’s all healed up now and I’m looking forward to this weekend,” explained Crawford. “It’s going to be nice to be racing in MX1 for the first time with the MEGA Bulk Fuels Monster Energy Kawasaki Racing Team for the first time and it’s my first factory ride as well. It’s going to be about circulating for me at round one, easing into it after what was a disrupted pre-season, just so we get some points before I’m 100 percent ready for round two. I’m excited though and the whole team has been really good.” 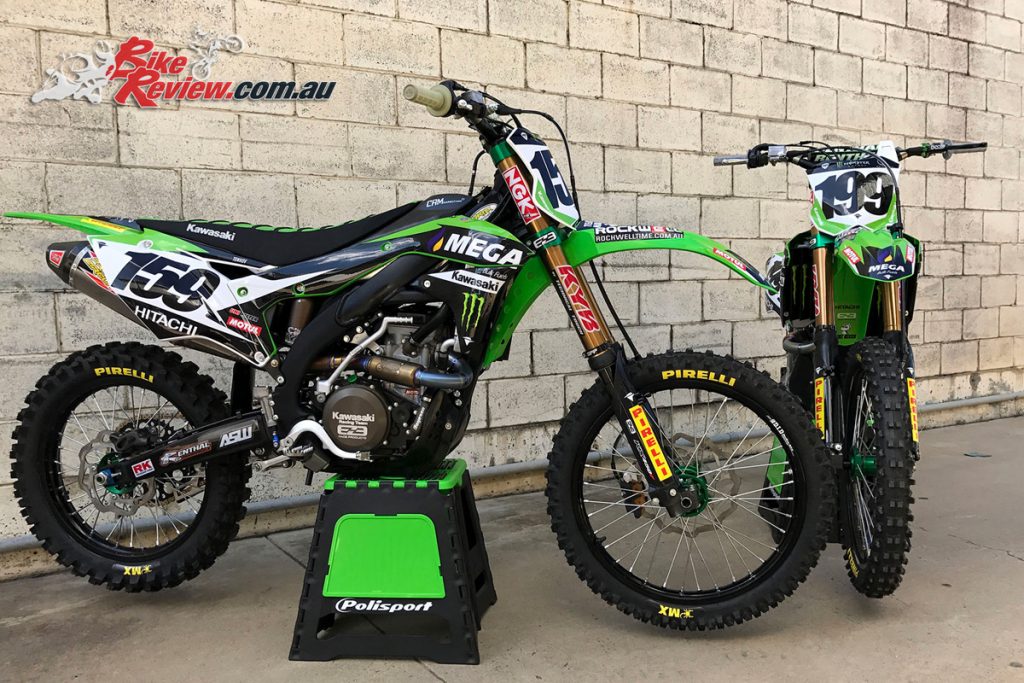 After recently welcoming MEGA Bulk Fuels and Monster Energy as the official Kawasaki Motors Australia organisation’s naming-rights sponsors for 2017, team manager Troy Carroll is looking forward to a positive season ahead with the youthful combination of Tonkov and Crawford.

“It’s all shaping up really good and we’re really happy to enter the opening round with Aleksandr and Nathan,” Carroll commented. “We were very excited about Aleksandr having his first test yesterday. We want to get good points on the board, learn as much as we can and take it into round two.” 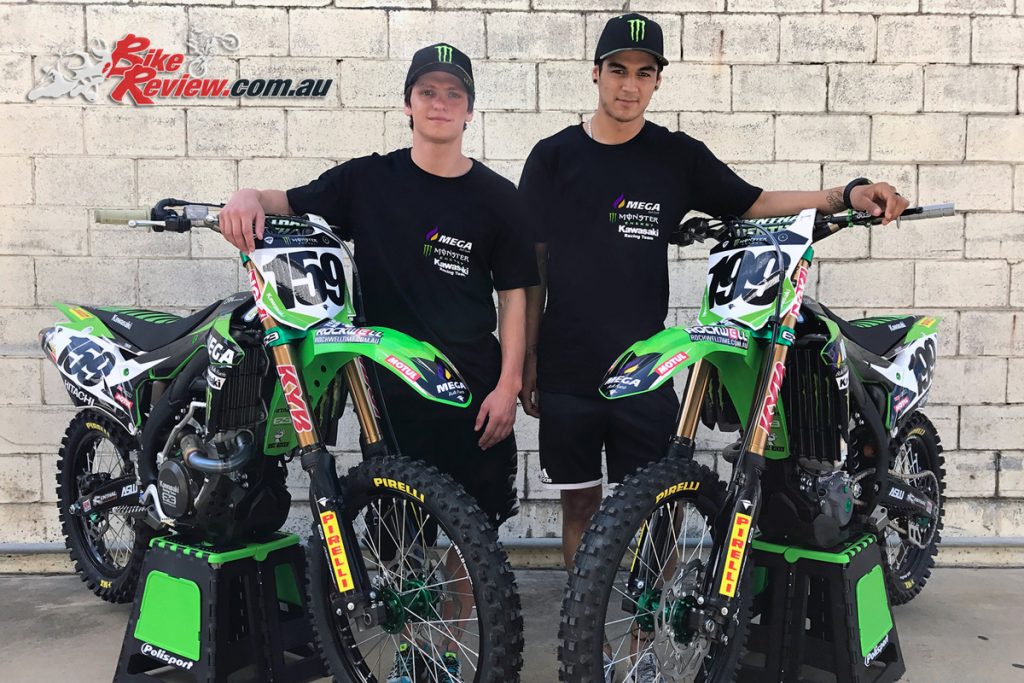 The 2017 Motul MX Nationals, Australian Motocross Championship, will commence at Wonthaggi in Victoria this Sunday, 2 April. Further information on the 10-round series can be found on the official website at www.mxnationals.com.au.