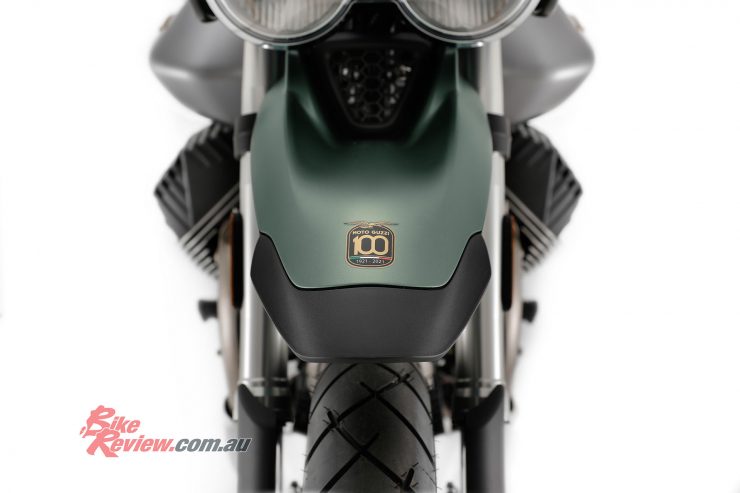 Moto Guzzi has celebrated their 100 years of history on March 15!

March 15th marked a century of history, splendid motorcycles, triumphs, adventures and extraordinary personalities, who together built the legendary Eagle Brand. Moto Guzzi has celebrated this exceptional milestone at a time when it is enjoying a fresh new season of success. 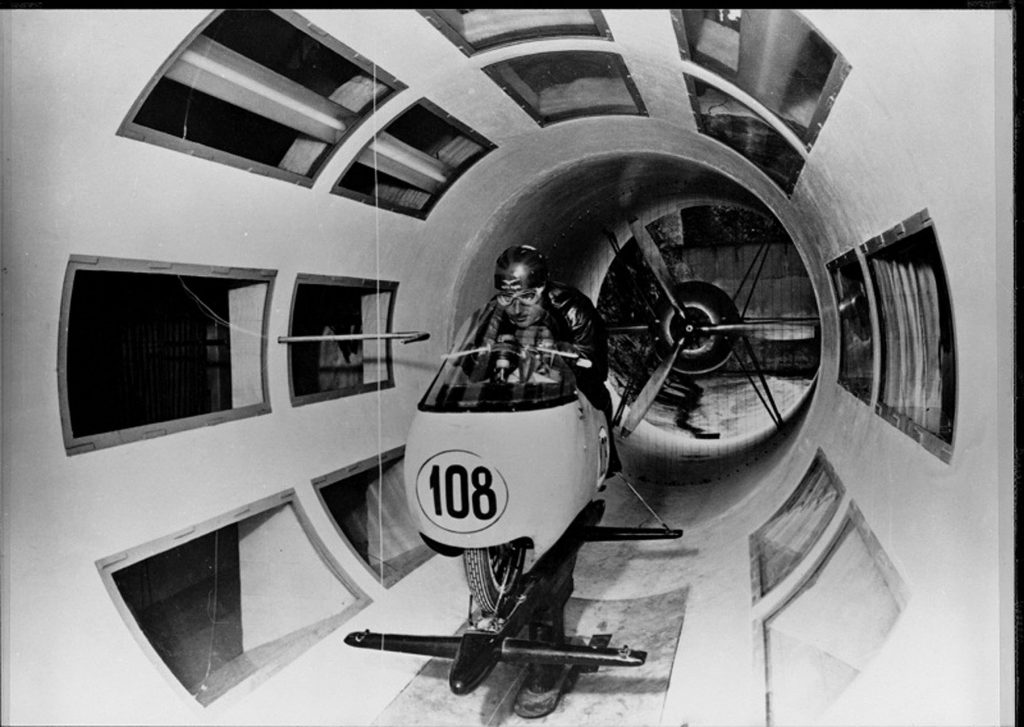 From racing success to manufacturing popularity, Moto Guzzi have been perfecting the art of riding for 100 years.

Moto Guzzi say their motorcycle range has been extensively renewed, with the deployment of state-of-the-art technical features in terms of electronic rider aids, while the brand values of style and authenticity have been kept intact. Each bike is constructed at the Mandello del Lario plant with craftsmanlike care and commitment to a unique, authentic identity, skilfully balancing the classic style.

“The Moto Guzzi centenary is a proud moment both for the Piaggio Group, which was joined by the Eagle brand in 2004, and for Italian industry as a whole, not just the motorcycling sector. A capacity for innovation, boldness in moving ahead of the times, a competitive spirit, love for the product and meticulous attention to production quality are the skills that over the years the brand has combined with its unique relationship with the local community.” Said Piaggio Group Chairman and CEO Roberto Colaninno. 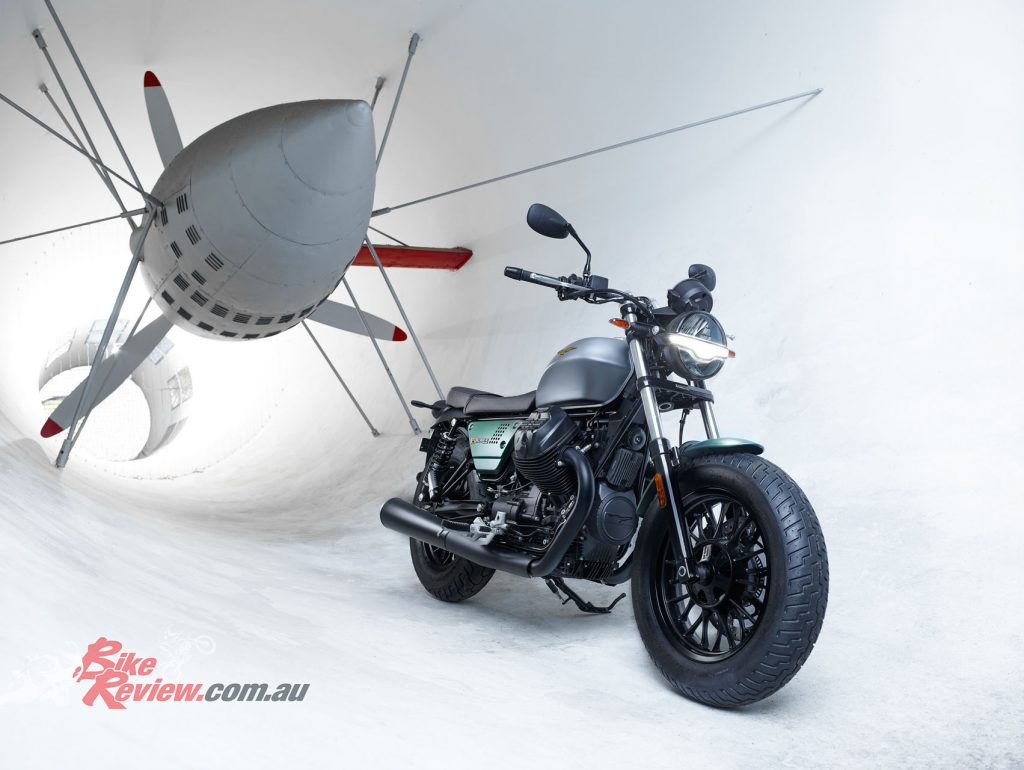 Known for their early use of a wind-tunnel, the manufacturer still gets great use out of the technology.

“Ever since 1921, every Moto Guzzi bike that has gone out into the world has been built at the Mandello factory, the place where the company was set up exactly one hundred years ago. All this will continue through its second century of history. Moto Guzzi is an example of all-Italian excellence,” added Colaninno. “It has gone down in our country’s history without ever losing its youthful spirit and continues to inspire genuine passion among thousands of Guzzi bikers all over the world.”

Over its one hundred years, they have won victories on racing circuits around the world, raising the Italian flag for an impressive 14 World Championship Titles. It was the motorbike of the speed record, the symbol of growth of a country looking to the future, the motorcycle of the police force and the army, and extended its vocation to the international stage, equipping the Californian Police and, more recently, the police forces in Berlin. 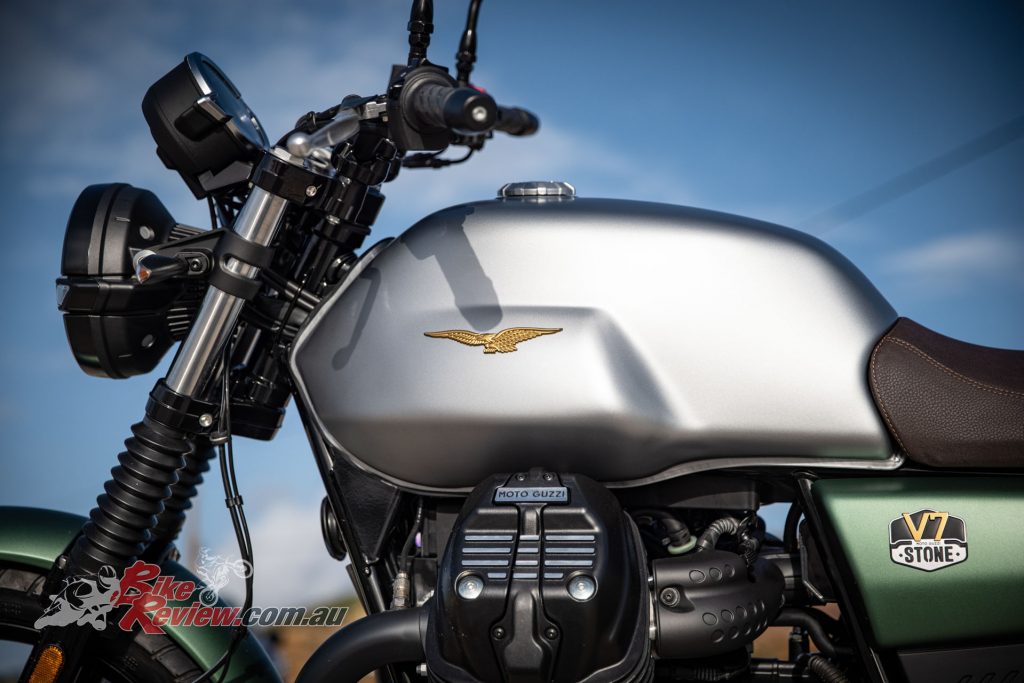 The gold Eagle is eye catching on the 2021 Moto Guzzi V7 Centenario with its 100 year livery and paint-job.

From the very start, Moto Guzzi say their range has been the motorcycle of choice for long-distance travel. It was 1928 when Giuseppe Guzzi reached the Arctic Circle on his GT “Norge”, starting a tradition that still continues, with travellers setting off on their Moto Guzzi bikes every day, somewhere in the world, bound for distant lands.

Today, the brand is a core division of the Piaggio Group, Europe’s leading constructor of motorcycles and scooters, which has conserved their original characteristics, promoted its values and returned it to a forefront position. 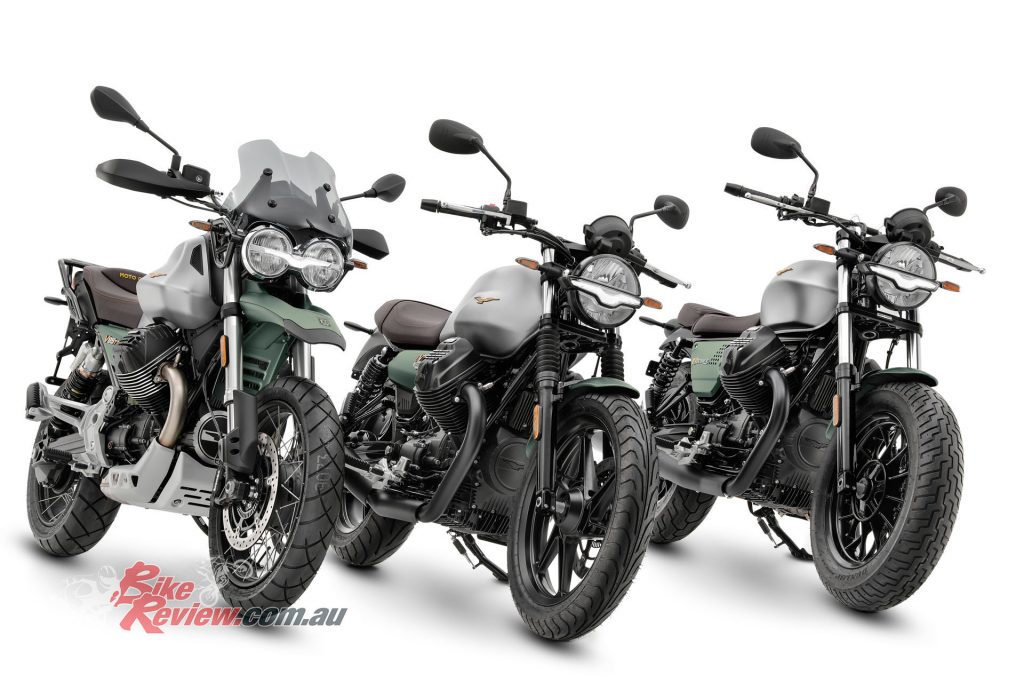 To celebrate the 100 years, they will be releasing limited edition Centenario models with a special paint scheme.

Moto Guzzi World Days will be held at Mandello del Lario from 9 to 12 September, the clou event in the festivities for the Moto Guzzi centenary, the main celebration for this special anniversary. Moto Guzzi World Days has always been an unmissable occasion for bikers and now makes its eagerly awaited comeback, ten years after the last edition.

To celebrate the centenary, the entire Moto Guzzi range is also available in the special Centennial Livery, in an exclusive edition for 2021 only, inspired by the legendary Otto Cilindri racer.