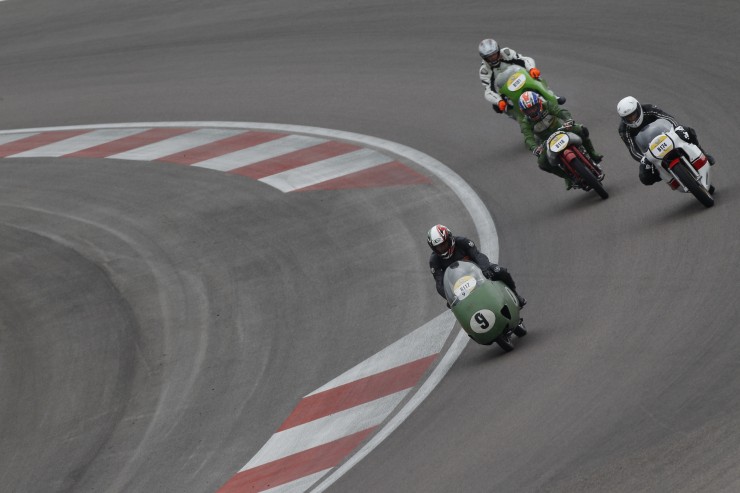 The 2016 Penrite Oil Broadford Bike Bonanza (PBBB) has gained a huge boost with the announcement that the extremely rare Moto Guzzi V8 will be appearing at the event.

The V8, which will feature in the Shannon’s Moto Guzzi Marquee, will be started and ridden on the road track at selected times during the 2016 Easter weekend event, and will be the only opportunity for Australian fans to see it in action during its time in the country.

The bike coming to the Bonanza next year is owned by Giuseppe Todero, who is the son of designer and Giulio Carcano’s right hand man in the development and execution of the V8, Umberto Todero.

Todero said he couldn’t wait to make the trek out to Australia.

“I am so happy to be given this opportunity to come out to Australia with our friends and our special Moto Guzzis,” Todero said.

“I’ve heard a lot about this country, its people, its Grand Prix riders and the ‘hoppers’.

“I want to meet the family of Keith Campbell, one of the Aussie riders of my bike too. 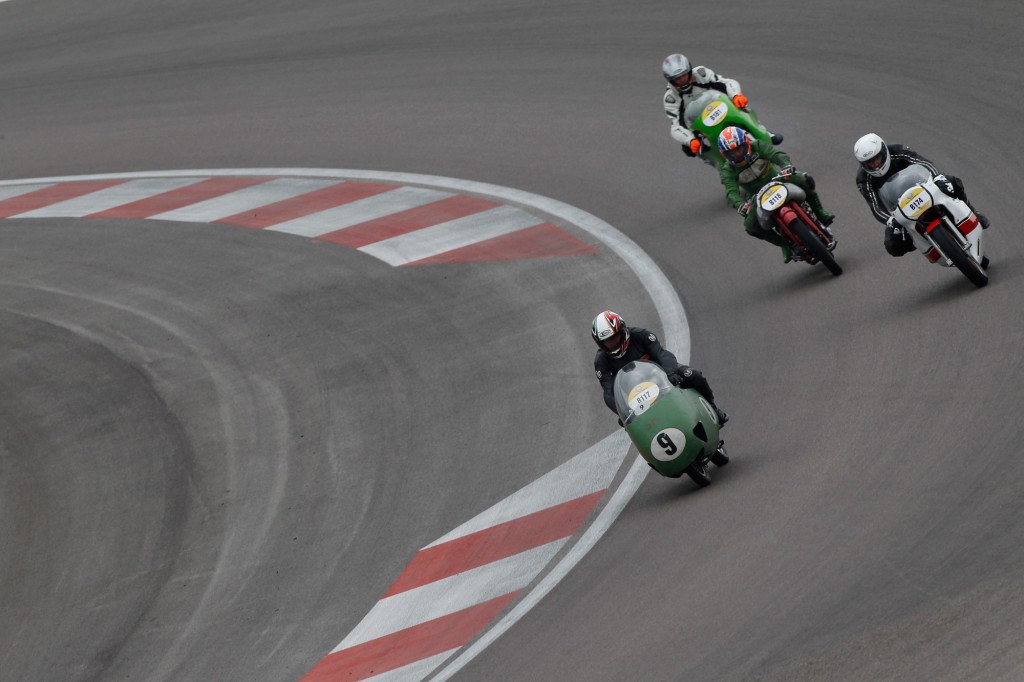 George Campbell, the brother of Australia’s first motorcycling world champion Keith Campbell, said he was overjoyed to hear of the visit and is keen to see the machine his brother rode in action.

“It’s bloody marvellous, I’ve seen the bikes when Keith brought out two bikes in 1956 but have forgotten what they looked like,” he said.

“The 350 he crashed and wrecked at Phillip Island and injured his shoulder badly. On the 500 in the next race, I pushed him off as he had dislocated his shoulder.

“He didn’t even take an aspro for the pain, but he still won the race.”

The Moto Guzzi V8 has has a long and illustrious history, and is regarded in many circles as one of the greatest motorbikes of all time.

In the mid-fifties, the competitiveness between the other racing motorcycle brands with the new four-cylinder engines in the 500cc class was becoming stronger and stronger.

Despite recording fair results using a four-cylinder in-line engine in races, Moto Guzzi decided to take a daring action in engine design – a decision that led to the best state-of-the-art racing motorcycle engine of that time.

In the winter between 1954 and 1955, the 500cc engine eight-cylinder was conceived, designed and prototyped and put on the test bench on Easter day of 1955 in the space of only four months.

Since the beginning, the engine proved to be powerful – maybe more than expected – with the potential for future increases in performance.

The build assembly of the bike was very compact; the overall geometry was the same as the winning 350, but the total width and the front section was even smaller.

The crankshaft was an evolution from the solid type, to the pressed crank pins, and finally to the compound type with front splines on the sections for easy maintenance. No other parts have been been modified other then carburetors which have been increased in Venturi diameter and the float number from two for all carbs to eight individual floats.

After one year testing on track, the real problem that had to be addressed and then solved was the attitude of the riders to get accustomed to a bike with performance well beyond the state of the art of the time, taking into consideration the available materials such as tyres, shock absorbers and the state of the tracks.

1956 was spent in testing in races and in successful speed record breaking efforts with Dikie Dale. Furthermore, Bill Lomas rode the bike for more than 1200km at full speed to demonstrate the solidity of the engine.

1957 was the first official racing season and started with the first victory at the first race with Giuseppe Colnago. Lomas got the speed record on a 10km standing start at 243km/h followed by the wonderful victory of Dale at Imola.

Again Dale held a good lead in the TT race when toward the end, he stopped for a while due to suffering from fatigue and arm pump, which eventually resulted in him coming fourth.

During the season, Moto Guzzi hired Keith Campbell to replace the other two official riders who were injured, and from the beginning he demonstrated a very good feel for the bike.

Campbell began with some impressive results before Moto Guzzi unexpectedly declared together with other Italian manufacturers to end their time in road racing. The 500 V8 could no longer demonstrate its full potential and was confined in a dusty warehouse and forgotten for years.

Three complete and running bikes still exist in private hands, plus three engines and other material, and two are in the Moto Guzzi Factory Museum at Mandello.

As a result, do not miss this once-in-a-lifetime’s opportunity to see and hear this legendary motorcycle in the Shannon’s Moto Guzzi Marquee before it is shipped back to its home in Italy.

To further whet the appetite for the arrival of the Moto Guzzi V8, be sure to check out the teaser for the upcoming Moto Guzzi feature here.

Be sure to stay up to date with all the 2016 Penrite Oil Broadford Bike Bonanza news as it happens by following Motorcycling Australia on Facebook, or visiting the Bonanza website here.