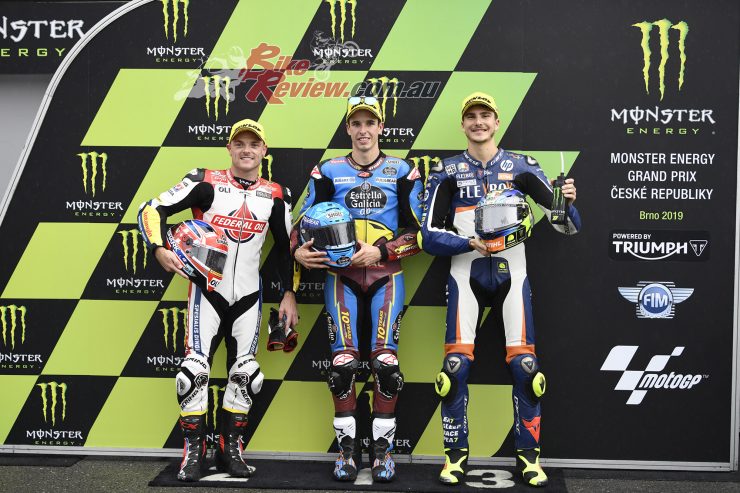 Alex Marquez (EG 0,0 Marc VDS) took control of the Monster Energy Grand Prix České republiky for another dominant win, coming home over three seconds clear of his closest challengers. They were two rookies: Fabio Di Giannantonio (Beta Tools Speed Up) took second after initially proving the only man to have close to Marquez’ speed, and Enea Bastianini (Italtrans Racnig Team) completed the podium after a late charge through. It’s the first visit to the rostrum for both in the intermediate class. 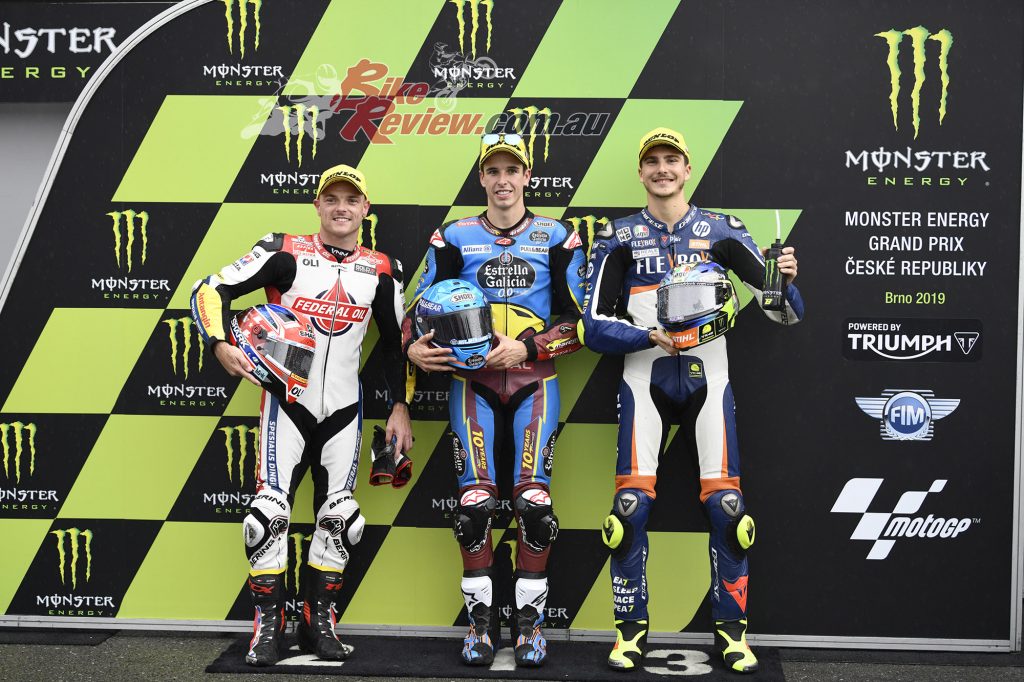 Off the line, it was a lightening start from Sam Lowes (Federal Oil Gresini Moto2) as the Brit took the holeshot from second on the grid, with Marquez dropped back into second ahead of Lorenzo Baldassarri (Flexbox HP 40). But by Turn 3, the number 73 had already hit the front and by the end of the first lap, he was nearing a second clear…could anyone catch him?

Di Giannantonio set about trying to. He was soon up to third and began to hunt down Lowes, attacking at Turn 1 on Lap 2 and then setting off in hot pursuit of Marquez. Initially the Italian rookie was nearly three tenths quicker, but the Spaniard responded a lap later to keep the gap stable between the two. That’s when disaster struck for Tom Lüthi (Dynavolt Intact GP) as the Swiss rider suddenly crashed out of contention at Turn 5, seeing his deficit in the Championship leap from eight points to, as it would turn out, over thirty.

Back at the front, Marquez wasn’t for turning and Marcel Schrötter (Dynavolt Intact GP) was up to third ahead of the Sky Racing Team VR46’s Luca Marini and Nicolo Bulega. But Jorge Navarro (Beta Tools Speed Up) was on a charge in sixth, ahead of Brad Binder (Red Bull KTM Ajo), with Bastianini already having gained ten places up to 18th. Lowes then crashed, as did Mattia Pasini (Tasca Racing Scuderia Moto2), before Navarro attacked Bulega for fourth. He then took Schrötter and Marini, with Speed Up seemingly looking at their first double podium since 2010.

Bastianini, however, was on a mission. He took Schrötter before closing down Navarro in the final two laps, setting up a grandstand finish. As Alex Marquez took yet another incredible win – and his team’s 100th Moto2™ podium – to extend his Championship lead to 33 points, ‘Diggia’ following him home for his first podium in the intermediate class and the battle was on on the final lap to decide who would join them on the podium. It came down to Turn 10, with the ‘Beast’ slicing through and Navarro unable to respond.

The Spaniard therefore took fourth ahead of Marini, with Schrötter coming home in sixth. Nicolo Bulega continued his positive weekend to come home with his best result in Moto2™ in seventh, ahead of Augusto Fernandez (Flexbox HP 40), who holds onto third overall but is now equal on points with Navarro in fourth. Tetsuta Nagashima (ONEXOX TKKR SAG Team) shot through from 17th on the grid to confirm his pace in Czechia in P9, with Iker Lecuona (American Racing KTM) completing the top ten. 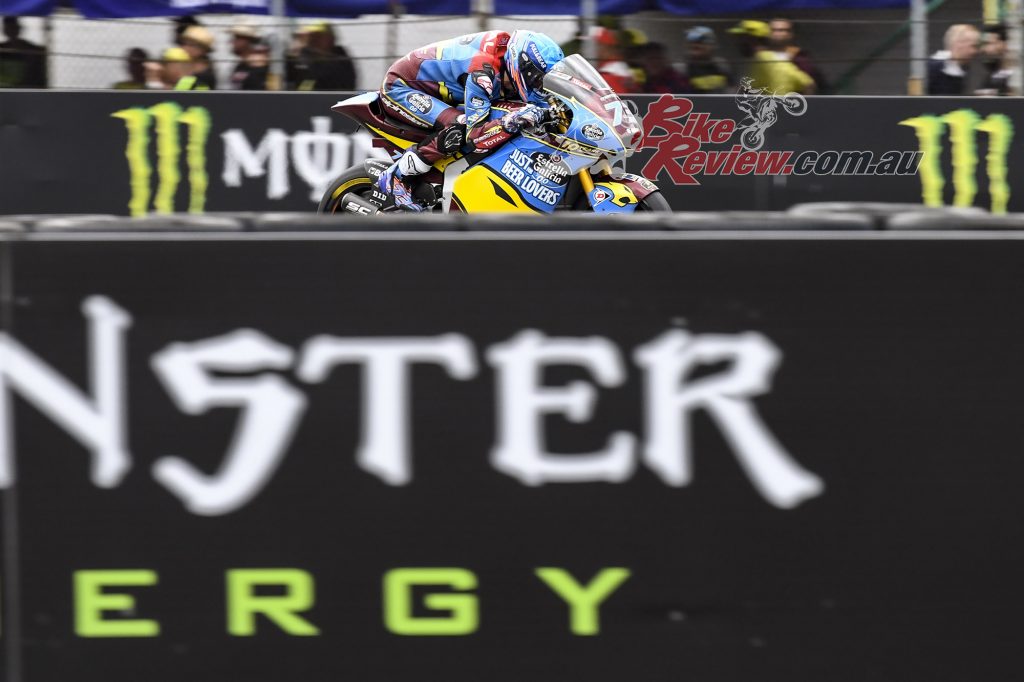 After a tough day for Tom Lüthi, Marquez heads to Austria 33 points clear and in clear command. But there’s a long way to go in 2019 and every chance it wasn’t ‘Czech mate’ at Brno, so tune in for Round 11 from the Red Bull Ring on Sunday 11th August.

Alex Marquez: “I’m so happy today, it was an amazing race and I enjoyed it on the bike, it was unbelievable. it was a long race because leading from the first lap to the end isn’t easy but I had clear ideas that in the beginning I needed to push because our rivals started behind, so I wanted to make a gap in the beginning and I did it. So I’m really happy, thanks to the team they did an unbelievable job so thanks for that…five, but we need to keep going like this, there’s still a lot of Championship to go and we need to continue like this!”