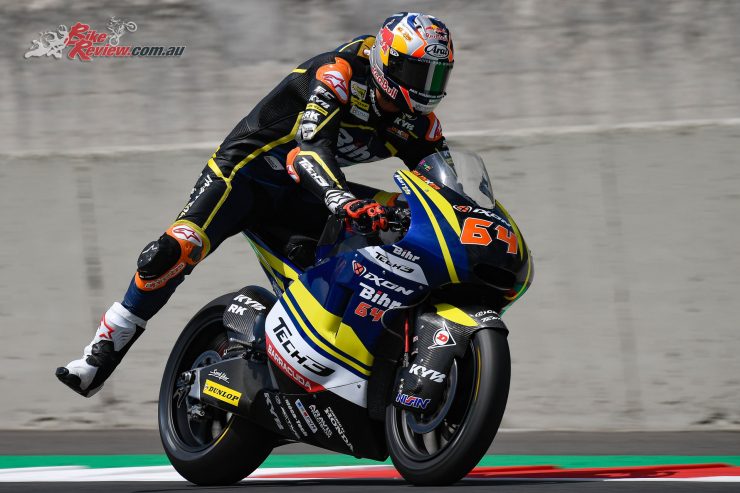 On Monday following the Italian GP, many of the Moto2 and Moto3 teams were back out on track to test – putting in some more laps as we get into a crucial part of the season. Although rain brought an early end to the test for most of the respective grids, there was some key progress for a number of riders and teams.

In Moto2 Mugello race winner Miguel Oliveira (Red Bull KTM Ajo) was working on corner entry and high-speed corner stability, along with teammate Brad Binder – a recurrent problem for which the team have begun finding some resolutions. 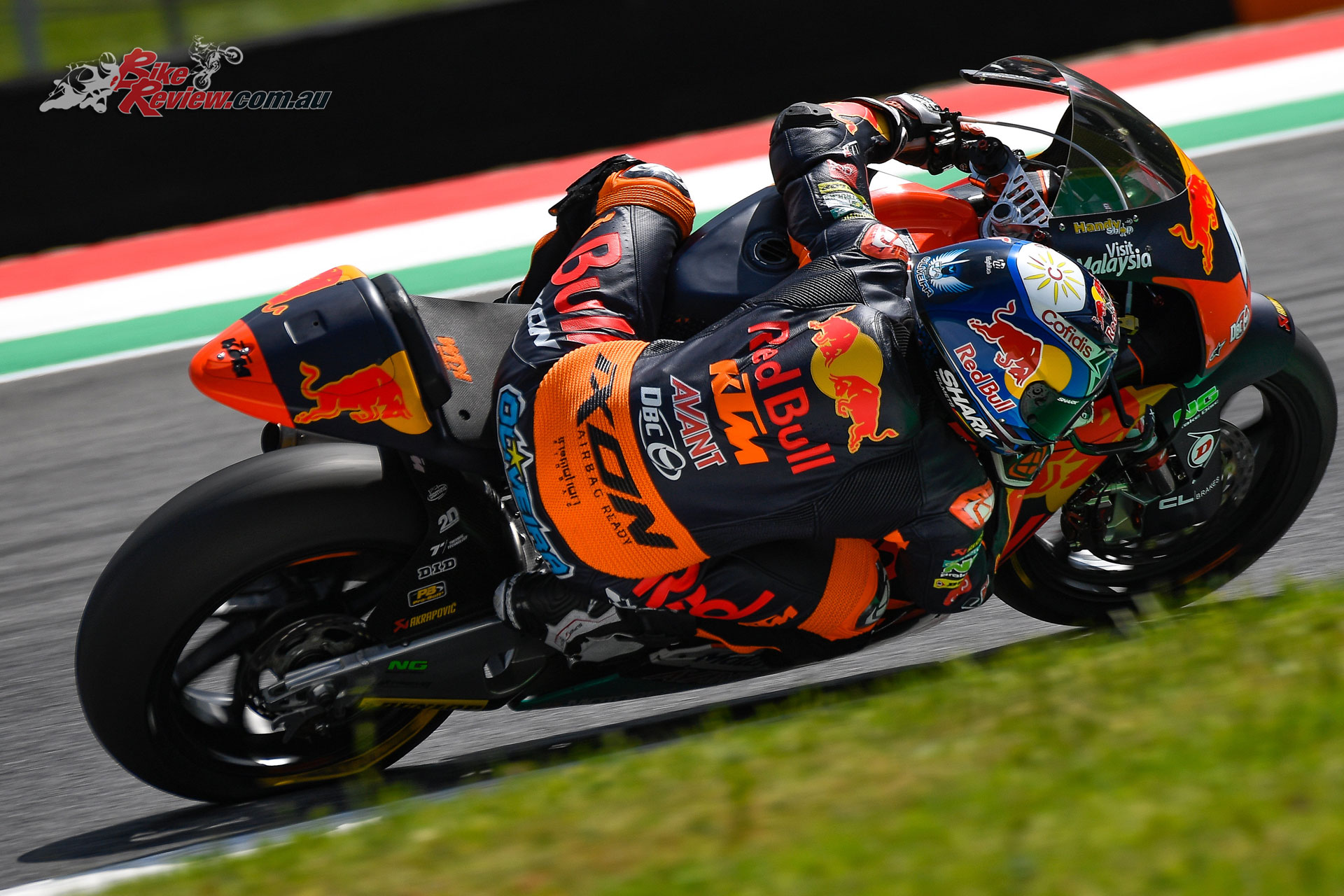 Fabio Quartararo (MB Conveyors – Speed Up Racing) was working on speed on the straights, and overall reported big improvements from the race. New forks in Le Mans have aided that progress, and the Frenchman has been working on riding style. 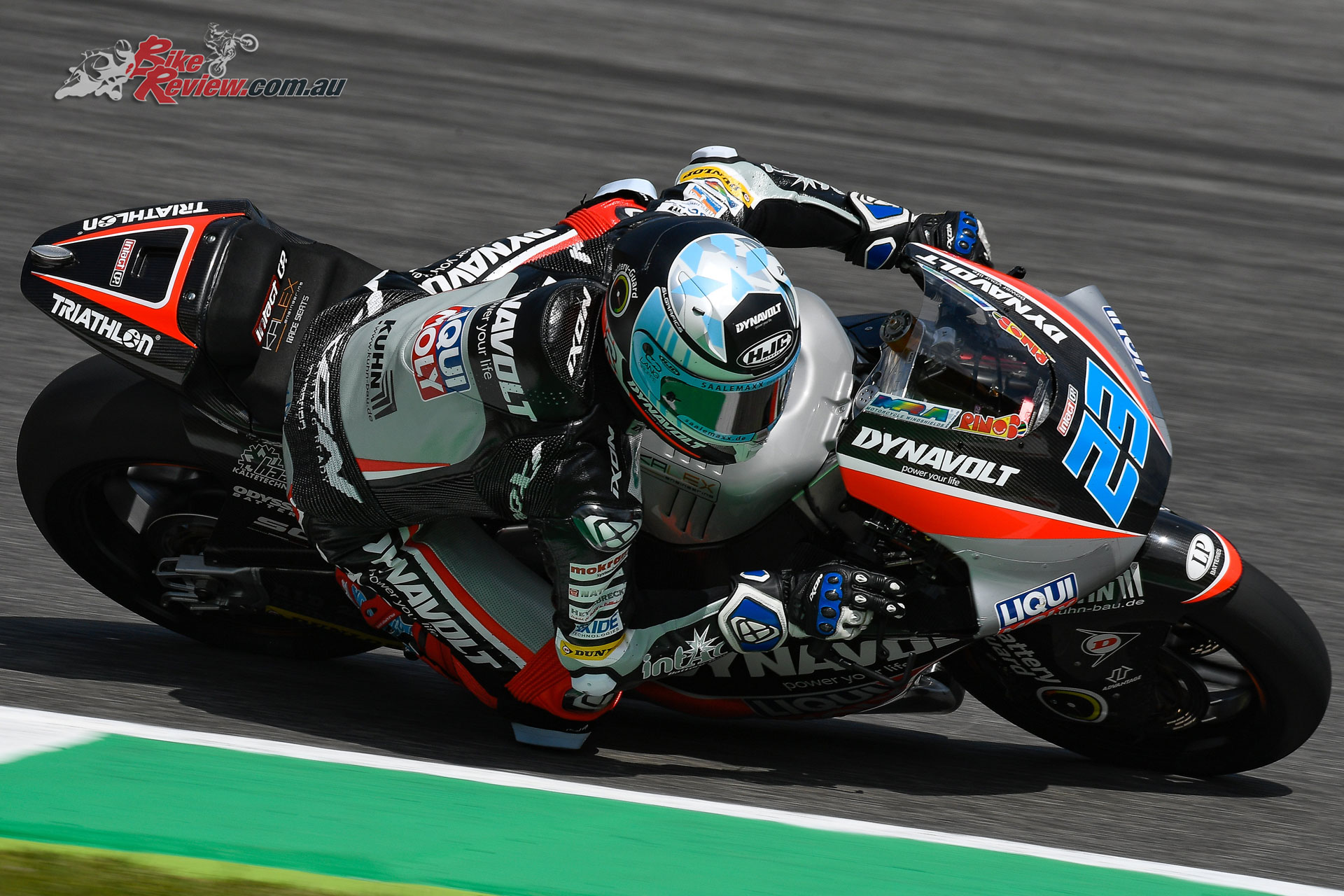 Dynavolt Intact GP’s Xavi Vierge was working on putting in the laps to try and overcome a more difficult weekend, as well as trying new forks, and teammate Marcel Schrötter was refining his set up after big steps forward of late. Dominique Aegerter (Kiefer Racing) was trying new geometry and linkage settings after missing a lot of bike time because of the injury. But he was back on track on his KTM, putting in the laps.

NTS RW Racing GP duo Steven Odendaal and Joe Roberts were out testing, too – fresh from their first points of the season for the new manufacturer. There was a new chassis to try at the test, and both were positive after both the race and test. 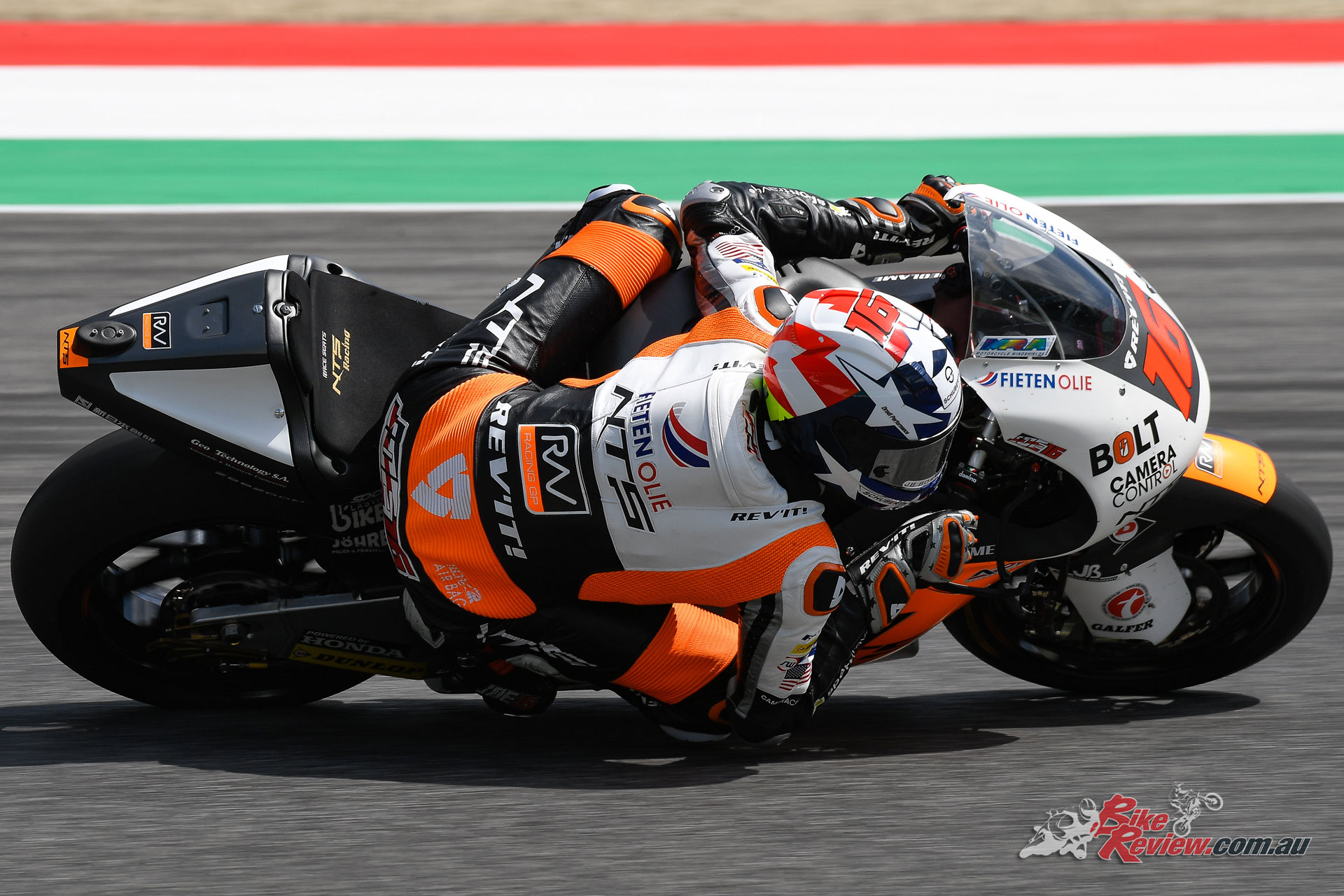 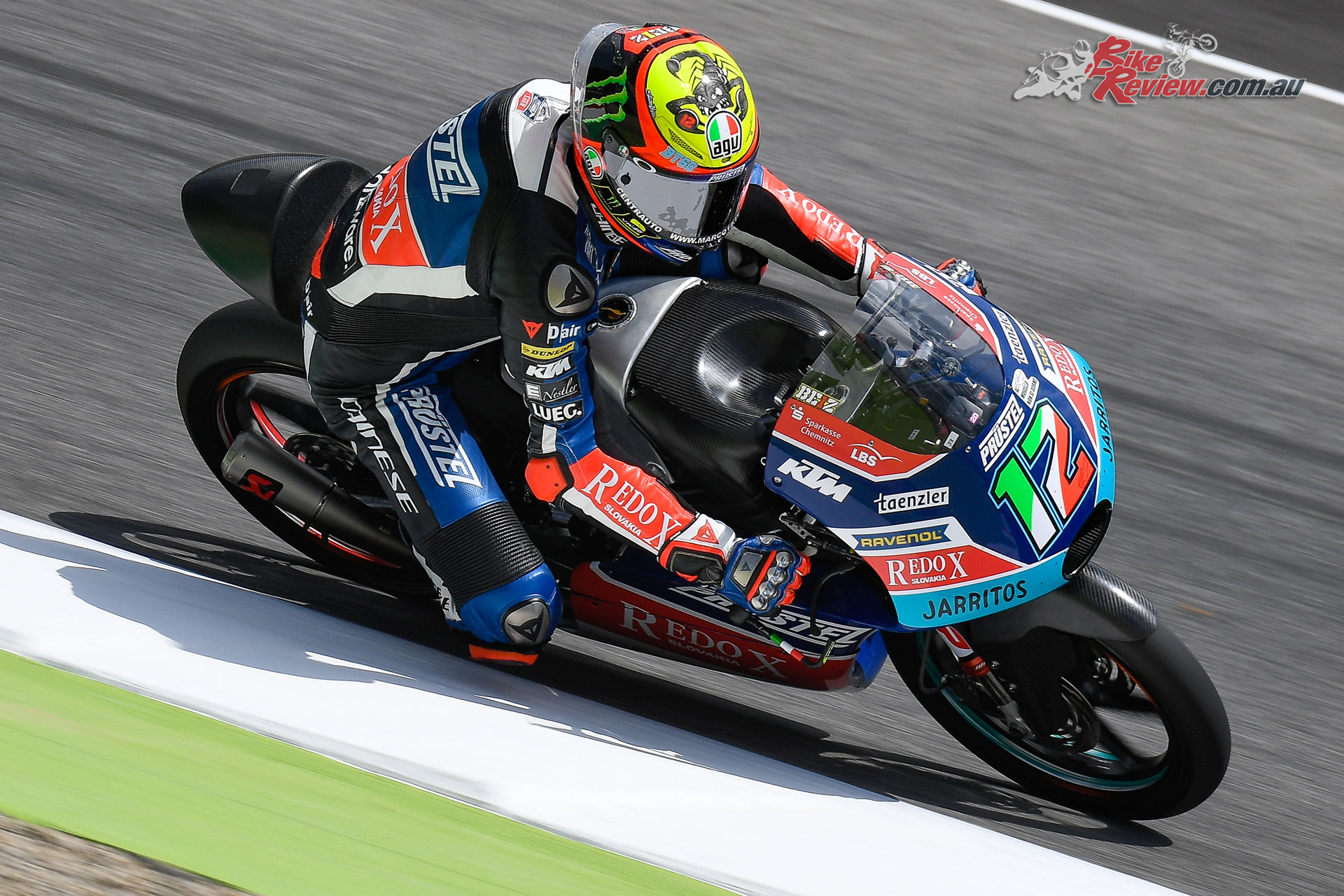 Meanwhile at Petronas Sprinta Racing, Ayumu Sasaki continued testing recent setups with positive results, despite still struggling through the pain barrier following a crash in Le Mans and another in Free Practice at Mugello when he was unable to avoid an incident for compatriot Kaito Toba (Honda Team Asia). Sasaki also crashed on Monday, rider ok, and will now rest for a week. Toba was planning to work on engine braking but was a little limited due to the damage caused by the incident during the weekend. 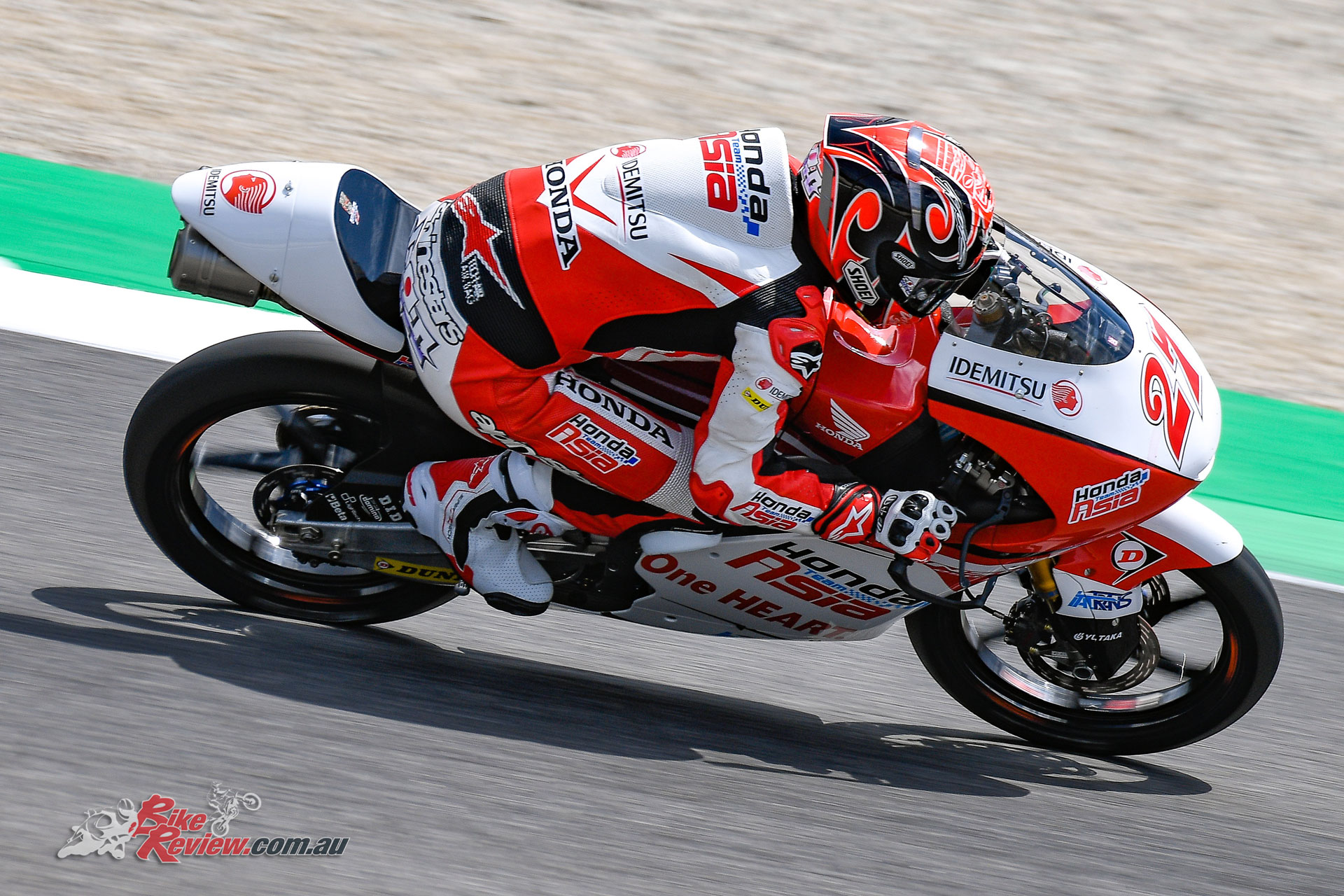 RBA BOE Skull Rider’s Kazuki Masaki was focusing on braking points and different lines, with teammate Gabriel Rodrigo focused on confirming information from their other recent tests to ascertain whether their direction works at a selection of different venues.

Tony Arbolino (Marinelli Snipers Team) was focusing on the front end and at Leopard Racing, Enea Bastianini crashed in the second session – with teammate Lorenzo Dalla Porta also having taken a tumble. 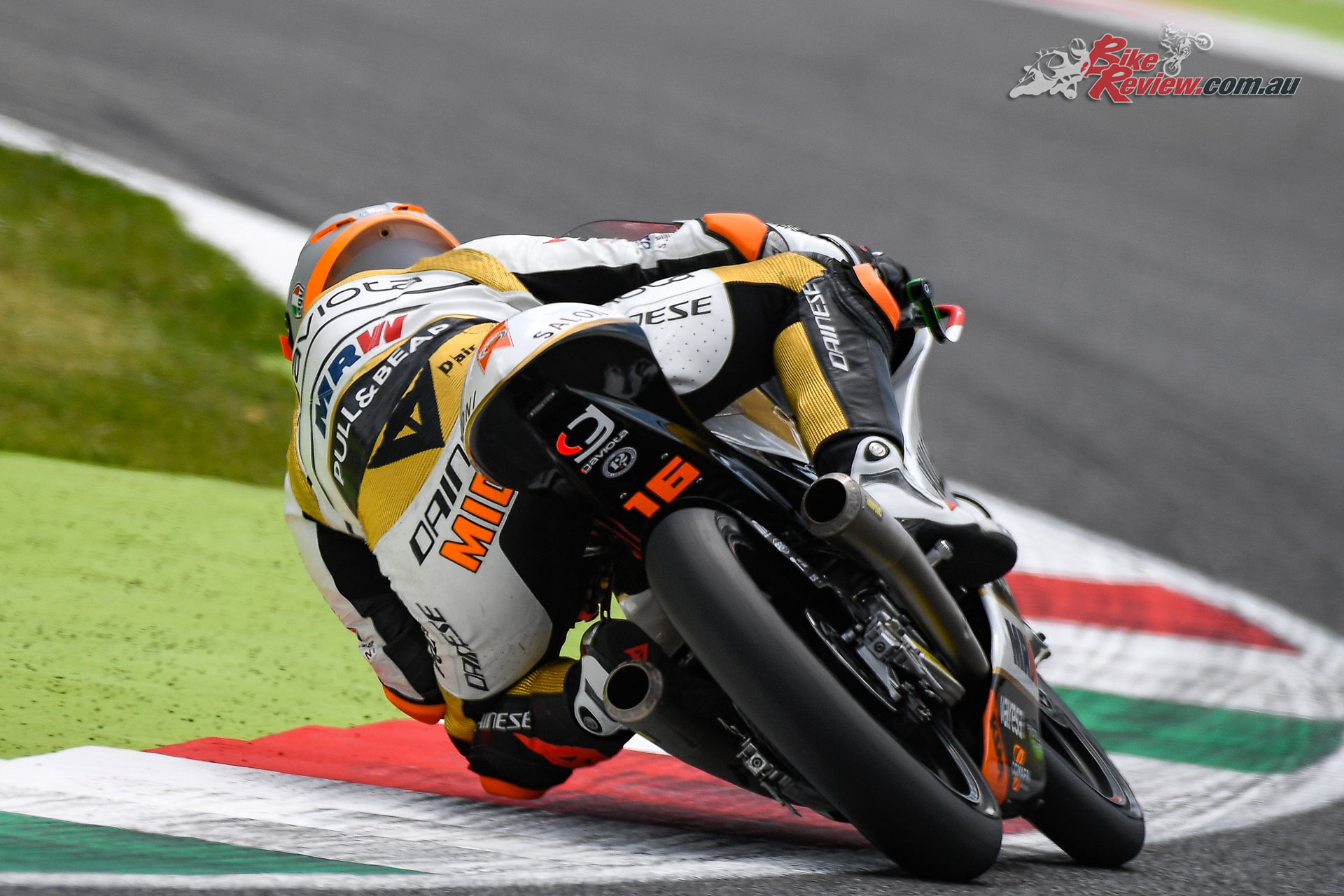 Now it’s time to recharge and head for Barcelona – round seven is just around the corner!