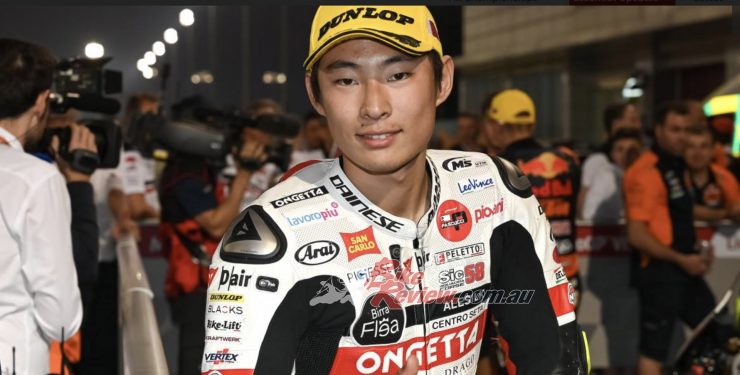 SIC58 Squadra Corse’s Tatsuki Suzuki survived two late scares to bag only a second career Moto3™ pole position at the QNB Grand Prix of Qatar all after progressing through from Q1. 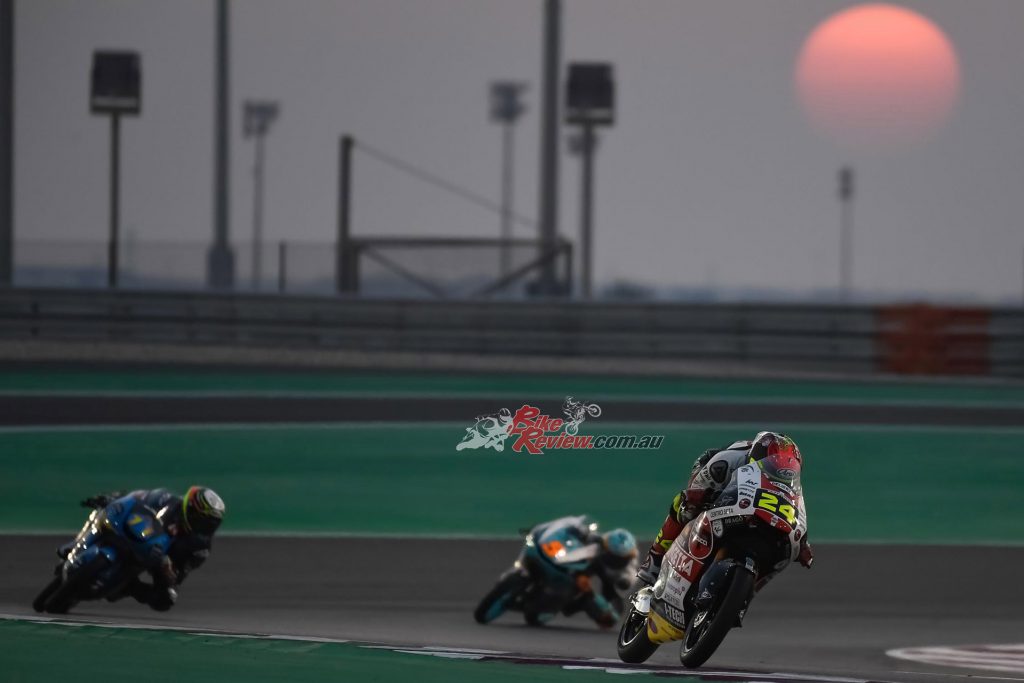 There was plenty of late drama in the closing moments of the first qualifying session of 2020, all starting when Suzuki was unable to get in one final flying lap due to an issue with seat unit. The Japanese rider got back out on track but was unable to get across the line before the chequered flag came out, meaning he had to sit, wait and pray.

It didn’t look like anybody was going to threaten his 2:04.815, with Fernandez the only rider in touching distance. The former Junior World Champion exited the final corner in the perfect slipstream of teammate Kaito Toba but he came across the line just shy of Suzuki’s time and had to settle for second place, matching his career-best qualifying performance. 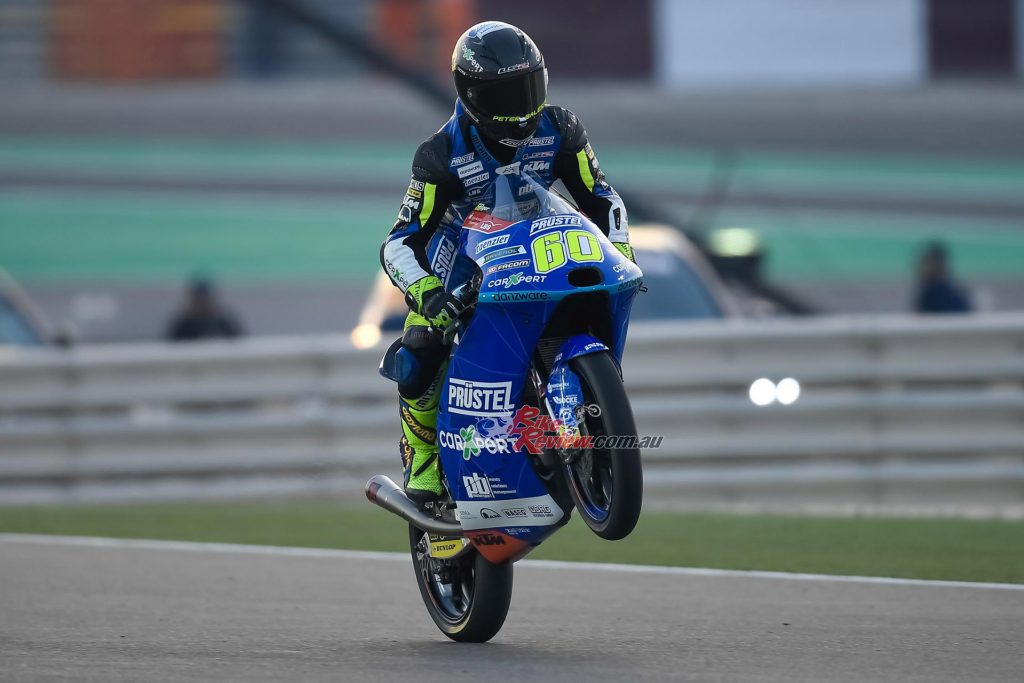 Completing the first front row of the 2020 Moto3™ World Championship is Arenas after he also moved from Q2. The Spaniard was the last man across the line in Q1 and with his final lap was able to clinch fourth spot before then going on to grab a fourth career front-row grid slot. 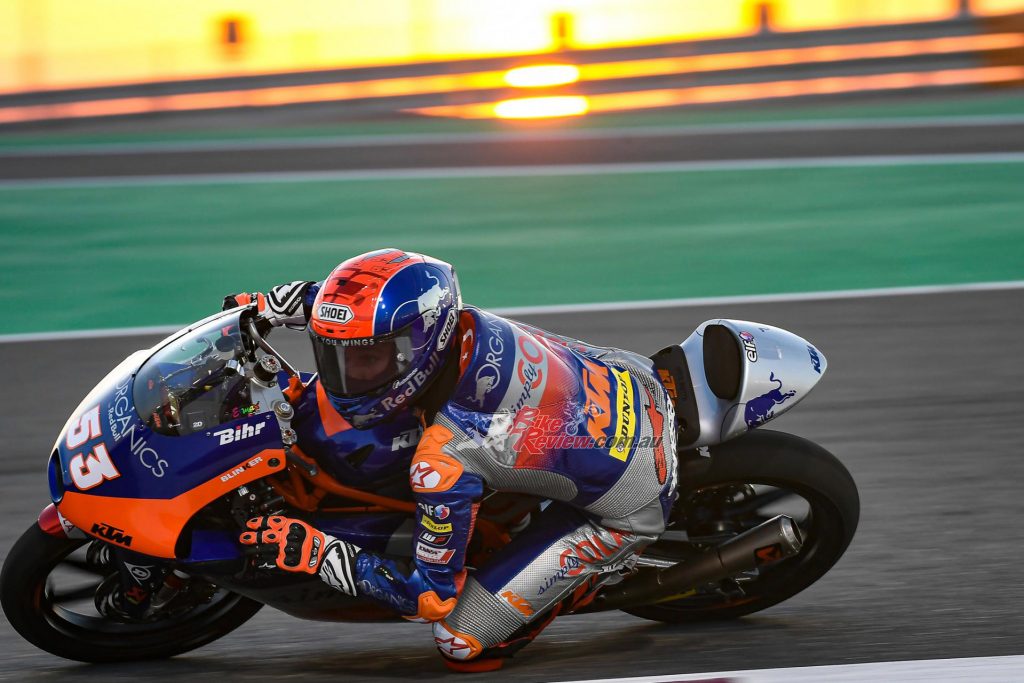 With the top 14 separated by just seven-tenths of a second, tomorrow’s season-opening Moto3™ race looks like being another classic under the lights. However, everyone on the grid will be wary of the fact the last, and only time, Suzuki sat on pole position at Misano last year, he went on to win the Grand Prix. Don’t miss the 18-lap epic at 14:20 (GMT+3) local time on Sunday. 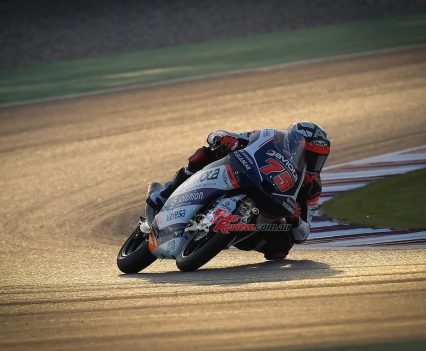 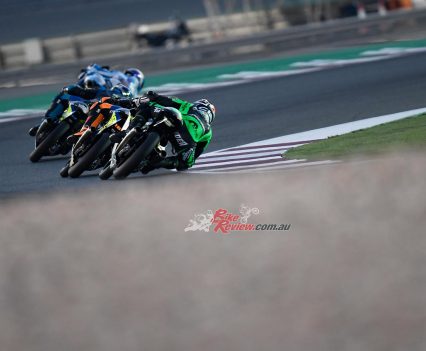 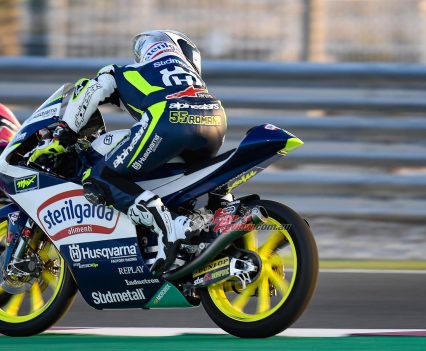 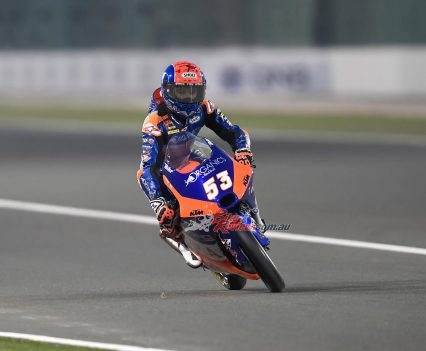 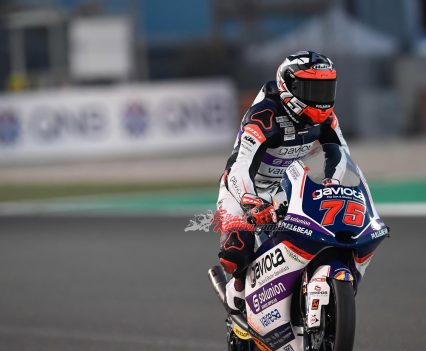 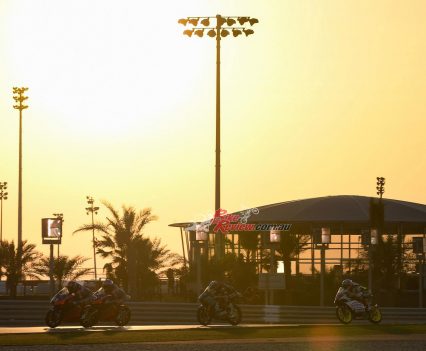 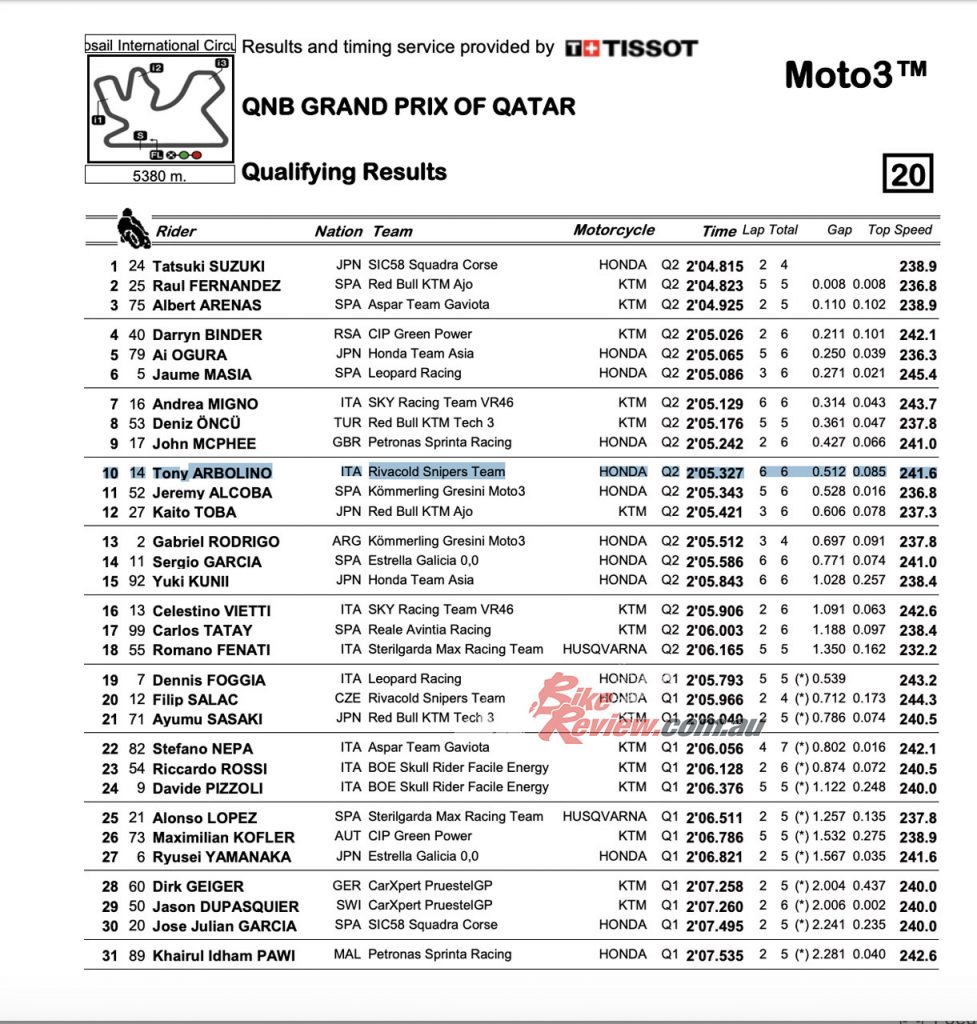