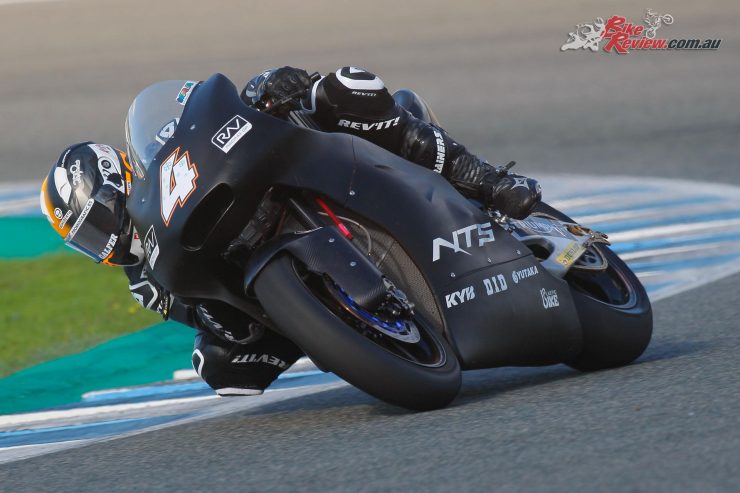 Moto2 testing continued at Jerez on Sunday but after a damp start to the day, conditions then worsened further in the middle of testing after a midday downpour – putting paid to any improved laptimes leaving Saturday’s leaders at the fore. 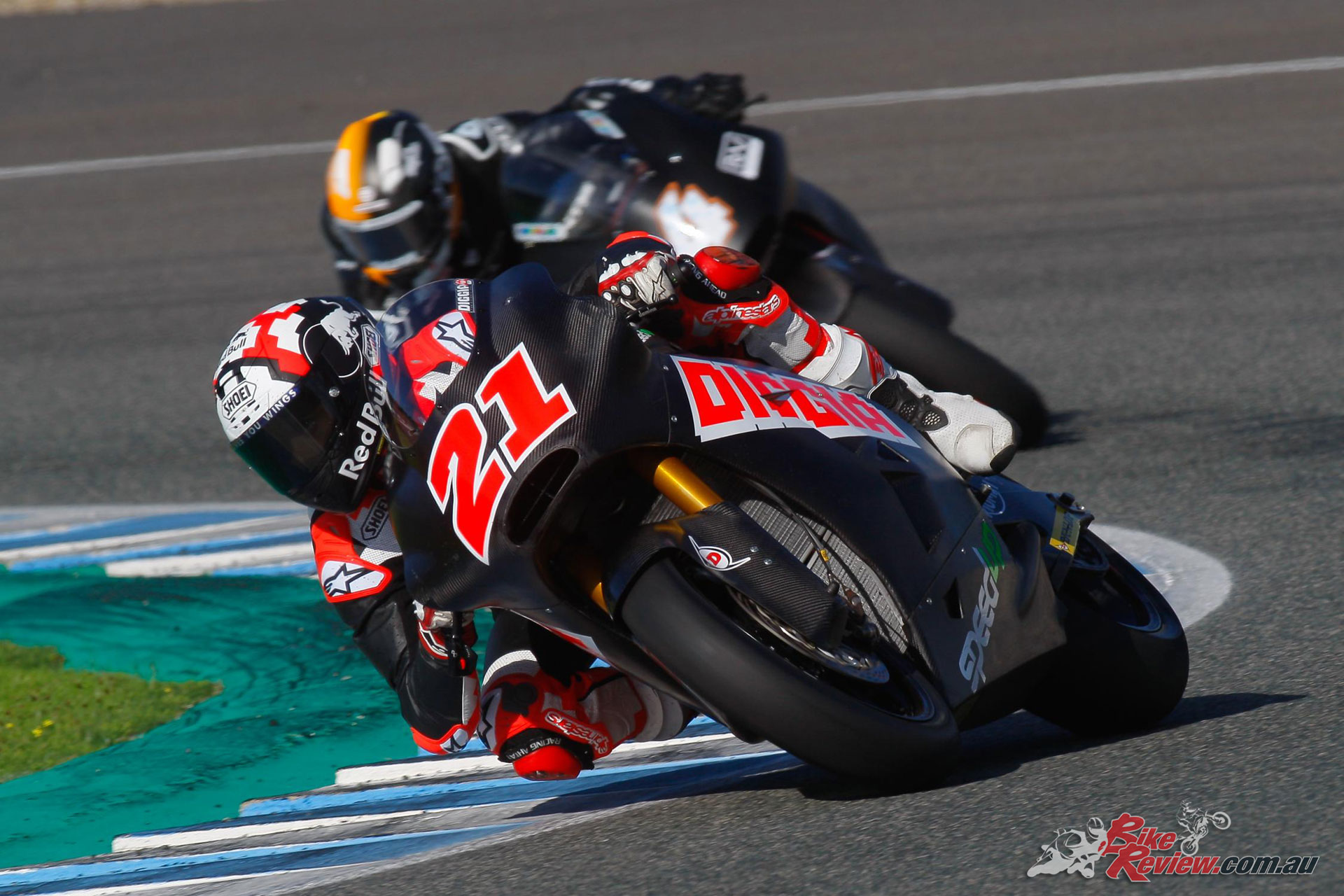 The South African put in a 1’46.704 to top the third day, getting ahead of MV Agusta Forward Racing’s veteran Dominique Aegerter by a couple of tenths as the Italian marque had a good showing in the wet on their return to the Grand Prix paddock. It was EG 0,0 Marc VDS pairing of Alex Marquez and Xavi Vierge who did the most laps in the tougher conditions, however – a good few more of the next most prolific at the test, Xavier Cardelus (Angel Nieto Team). 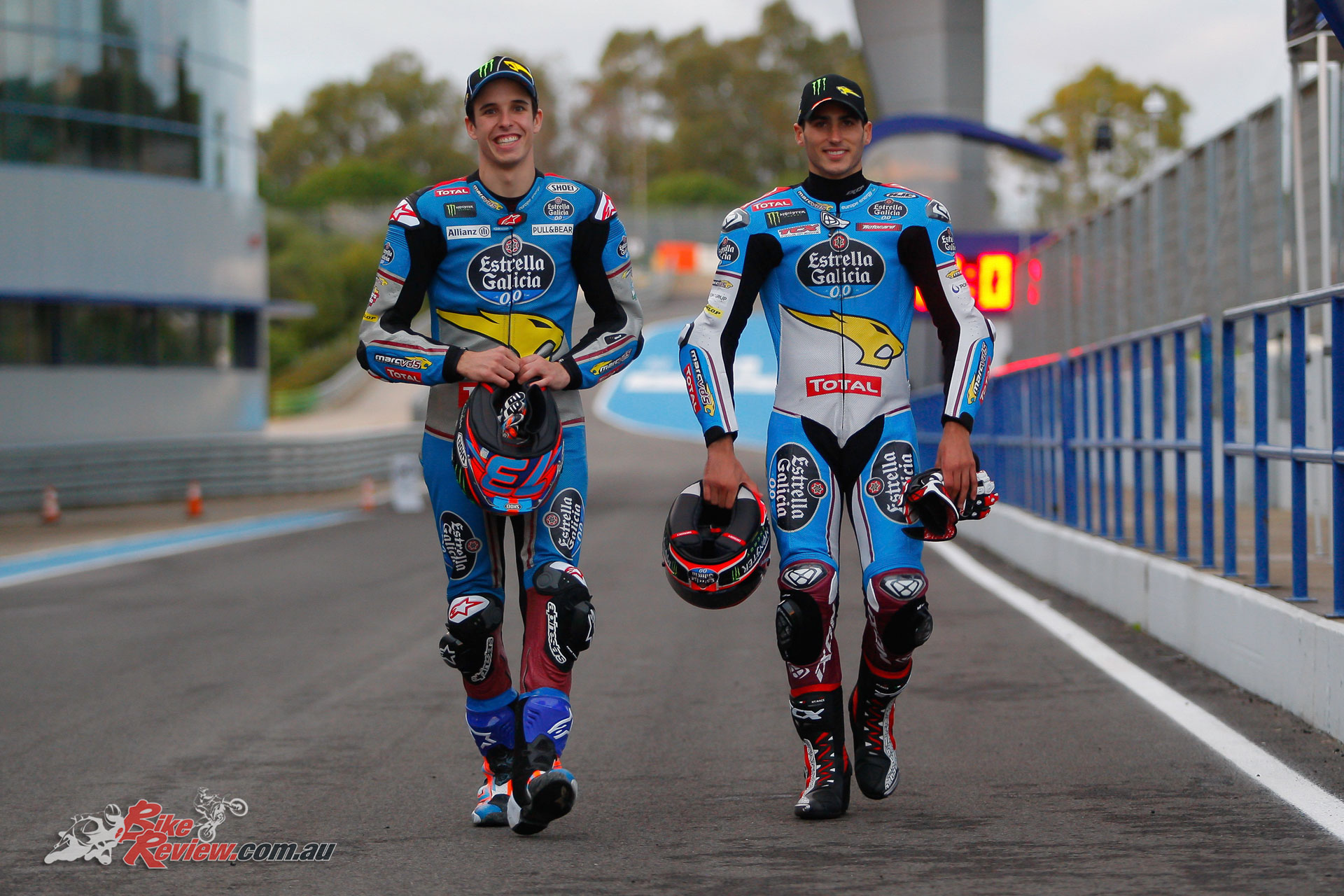 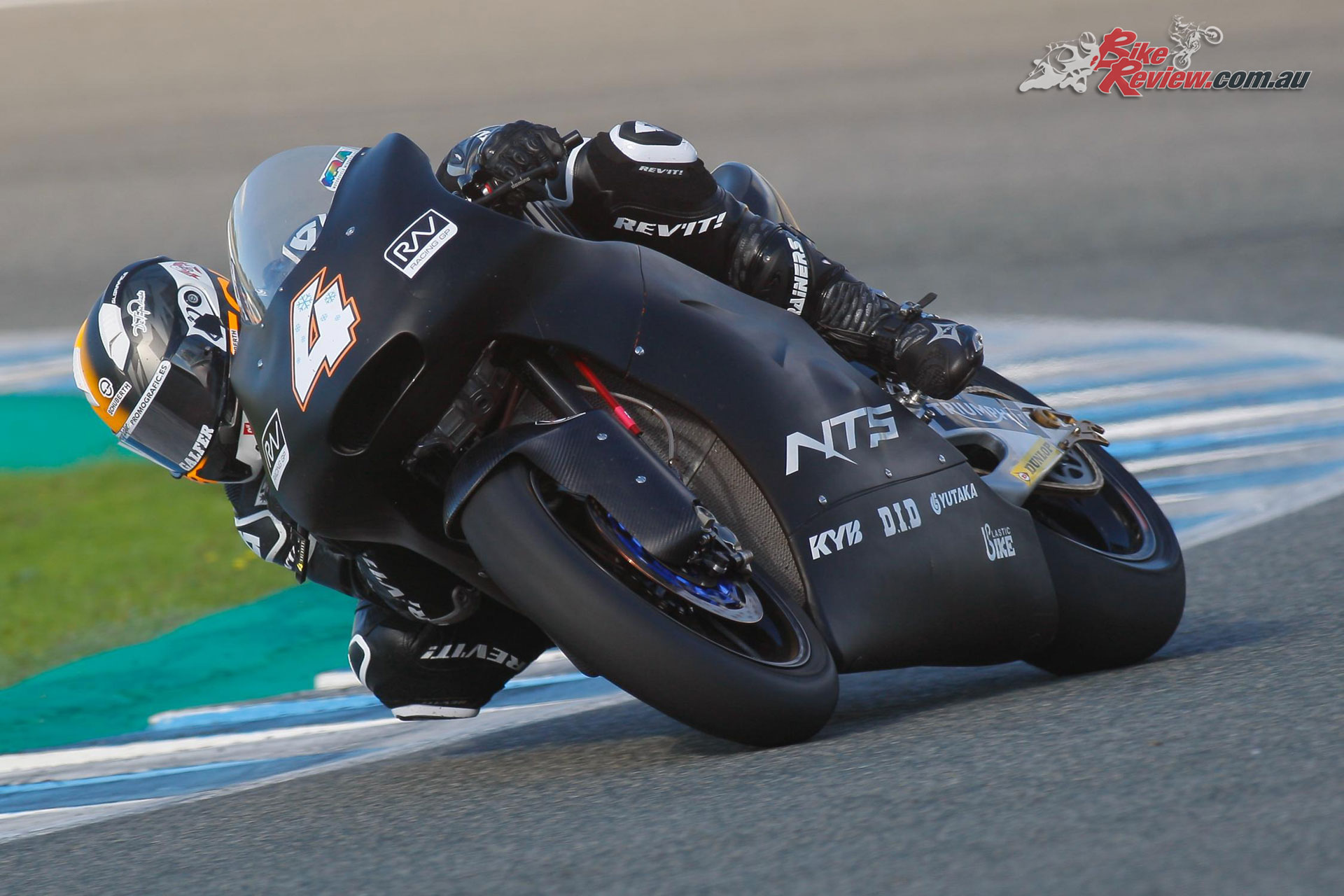 Now it’s winter break time for the intermediate class, with the new era of Triumph power next firing up for an Official Test on the 20th-22nd February at Jerez. 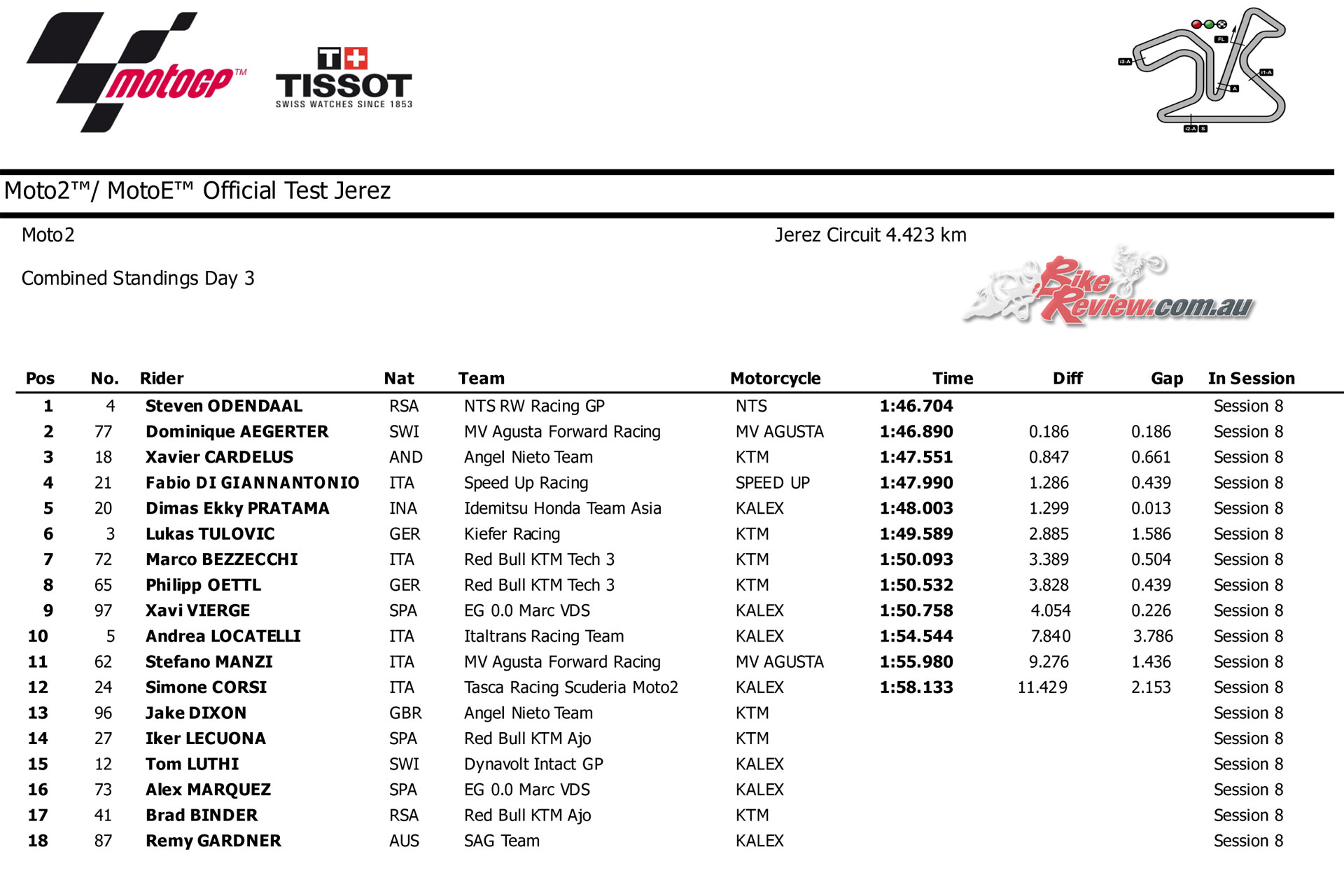 Like Moto2, the MotoE grid had a final day of testing in Jerez to continue getting to grips with the Energica Ego Corsa. But the weather conditions didn’t make it easy, with a damp track in the morning then getting a downpour mid-way through the day. 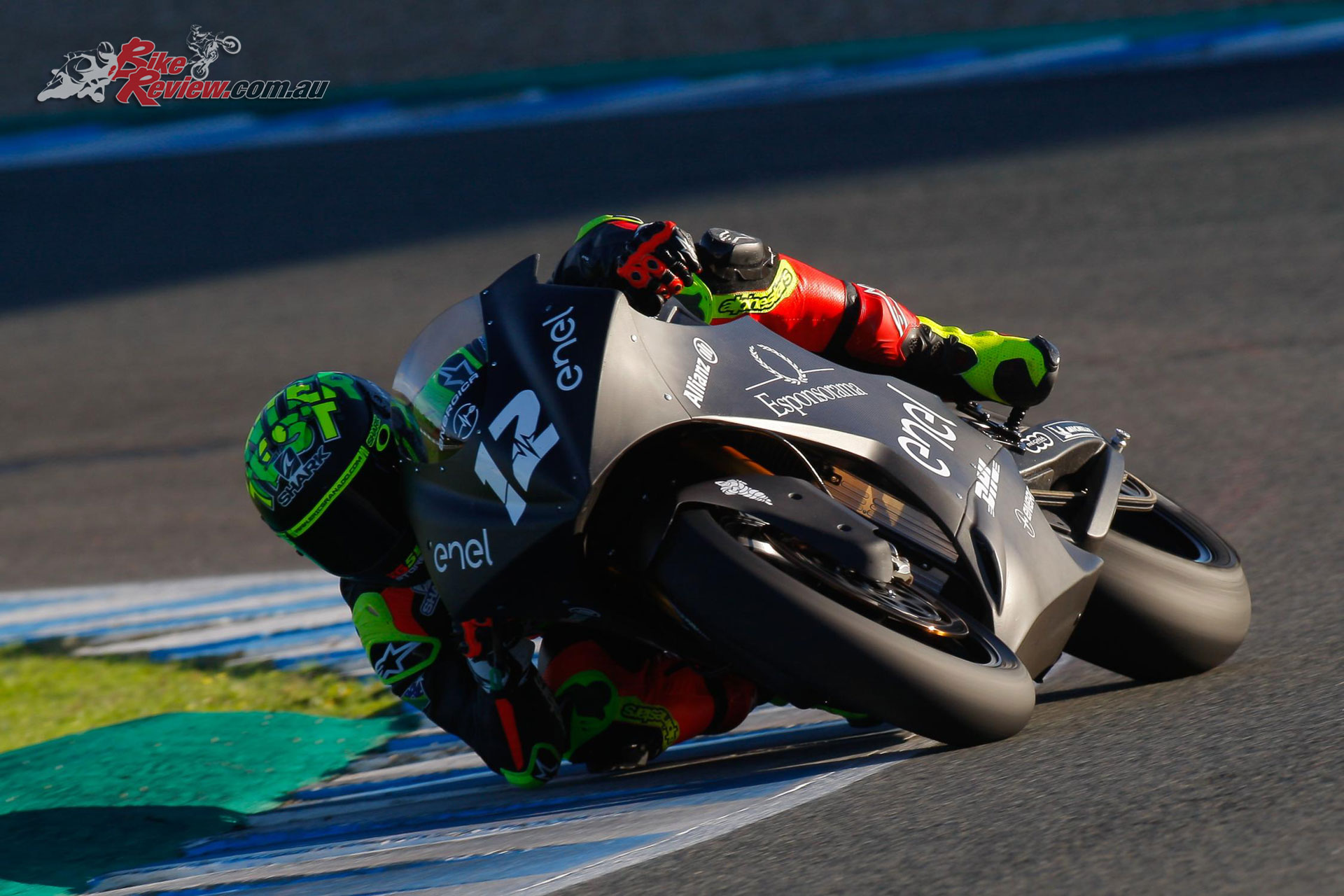 Given the conditions, no one was able to better laptimes from the day before, so Bradley Smith (One Energy Racing) retains his best time in the combined standings, thanks to his 1’50.265 he put in on Saturday morning, when three-tenths separated him from his closest rival Niki Tuuli (Ajo Motorsport MotoE). Mike Di Meglio (EG 0,0 Marc VDS) and Mattia Casadei (Ongetta SIC58 Squadra Corse) were in third and fourth place, ahead of Matteo Ferrari (Trentino Gresini MotoE).

On Sunday in the more difficult conditions, however, it was Mike Di Meglio who took to the top. The Frenchman took first late in the day with a 1’52.160, seeing him pull ahead of another solid day for Smith by a little over a tenth. 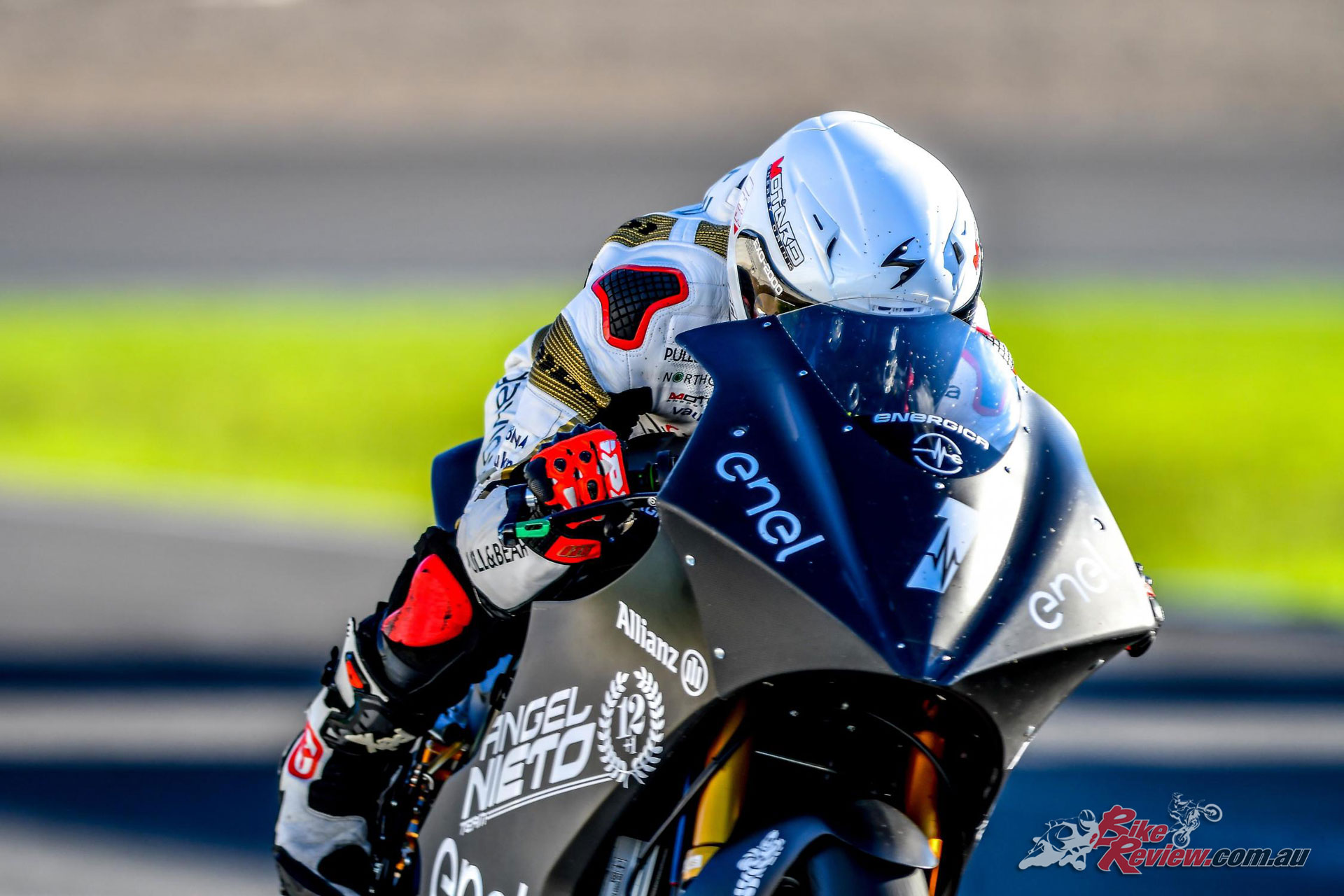 Marvin Fritz (Dynavolt Intact GP), who took over testing duty for the team from Jesko Raffin on Saturday so that the Siss rider could participate in the final round of FIM CEV Repsol Moto2 European Championship, Sete Gibernau (Pons Racing) and Nico Terol (Ángel Nieto Team) completed the top ten on Day 3. 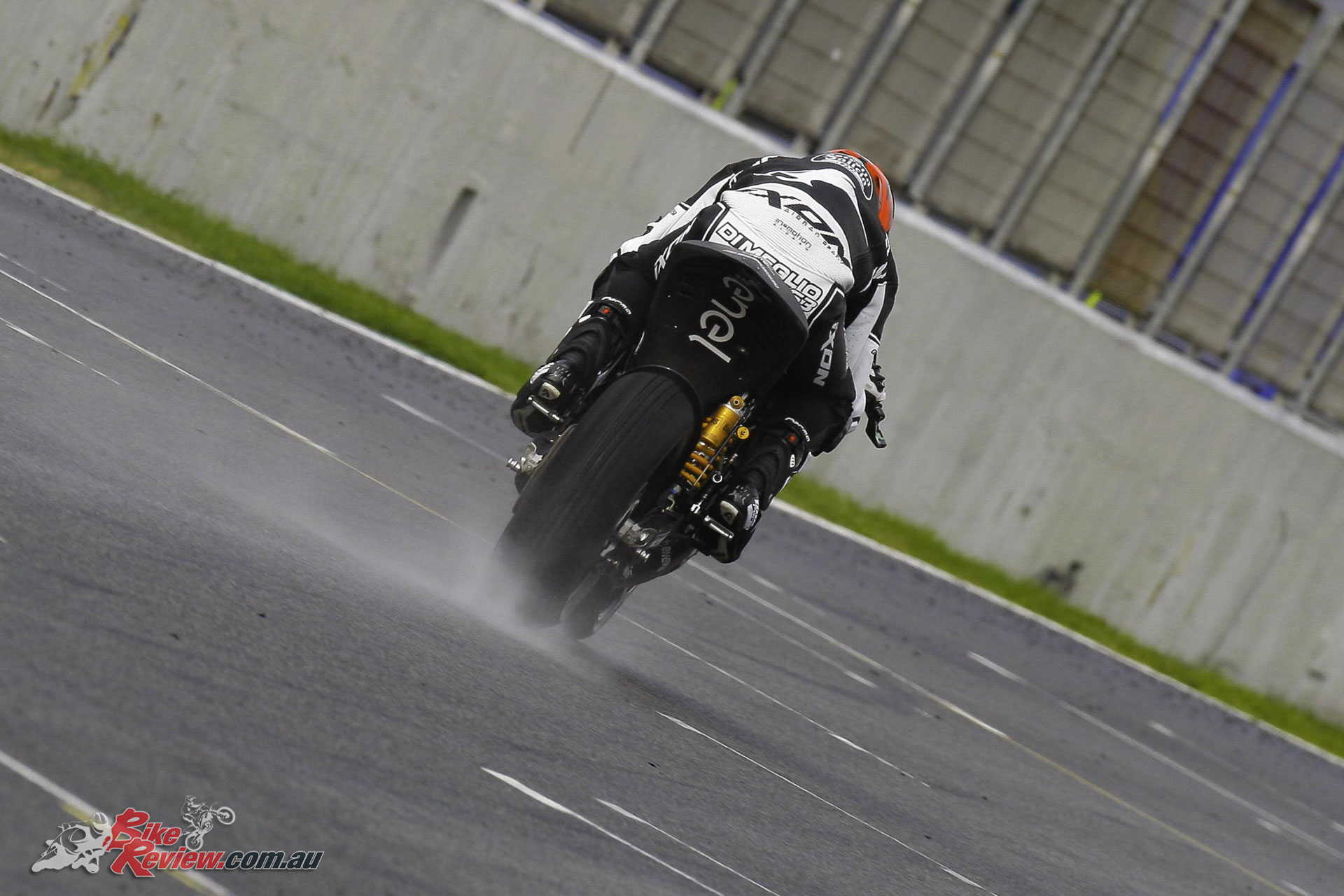 The next MotoE Official Test will take place on the 13th, 14th and 15th of March in Jerez – which also hosts the first ever round of the FIM Enel MotoE World Cup next season. 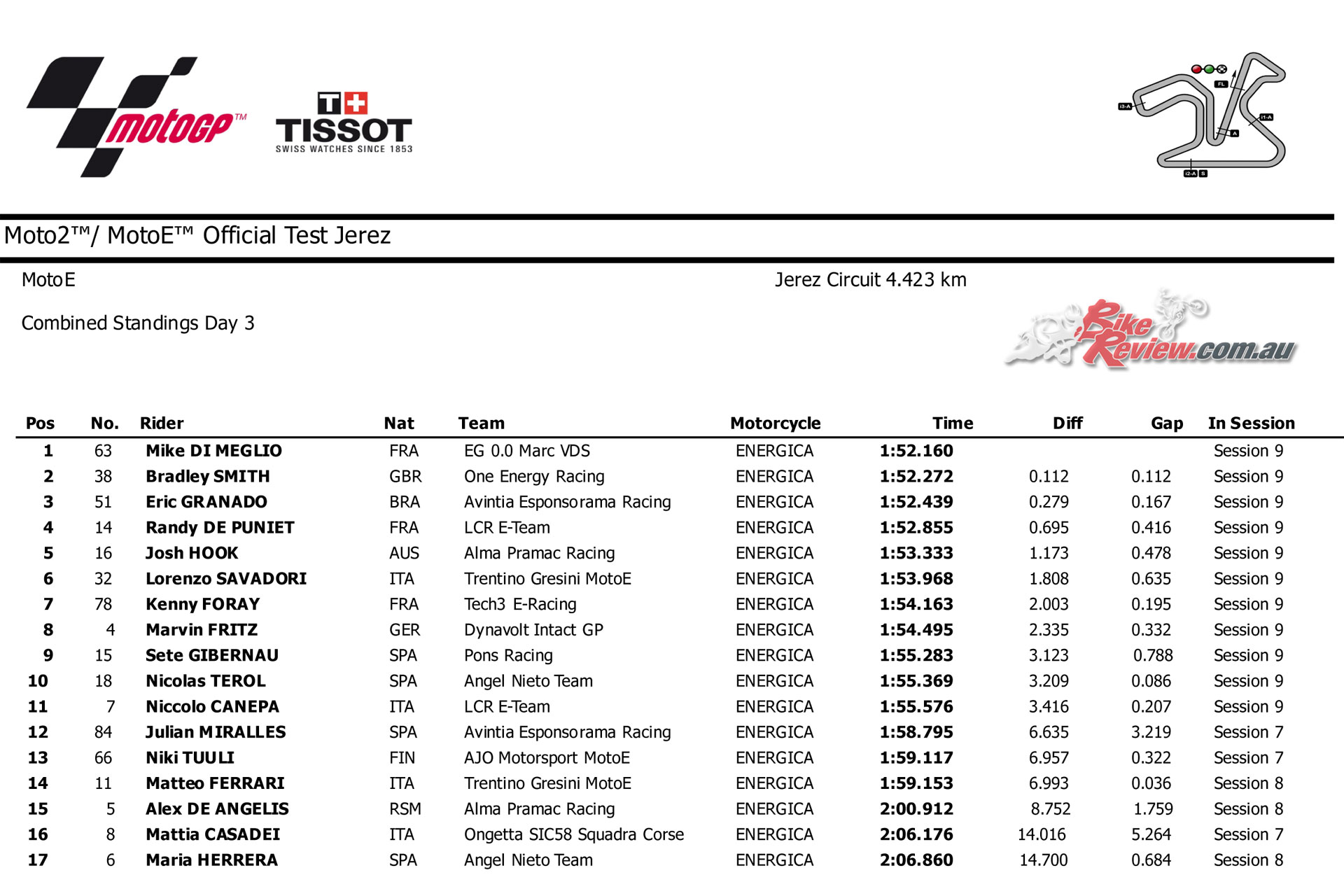