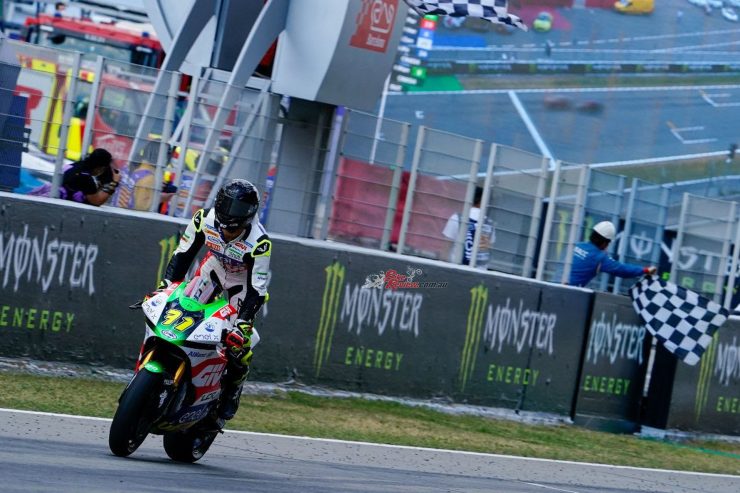 An exciting weekend at Catalunya as rookie Miquel Pons (LCR E-Team) produced a fantastic FIM Enel MotoE™ World Cup performance at the Gran Premi Monster Energy de Catalunya to win his first race in the Cup by an impressive 0.531 after fighting at the front from the off. 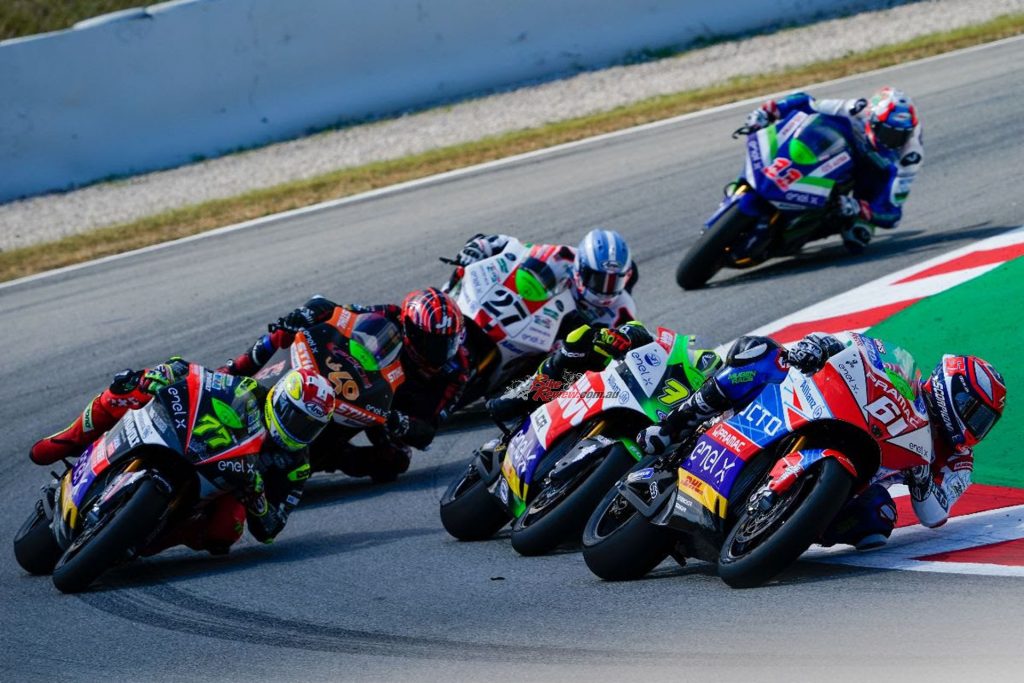 There was drama before the six-lap race got underway as polesitter Eric Granado (One Energy Racing) encountered an issue just before lights out. That caused the start to be delayed as he was wheeled off the grid, heartbreakingly forced to start from pitlane. 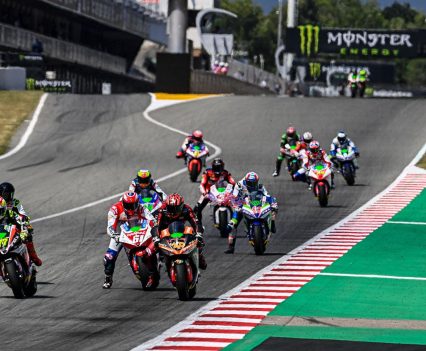 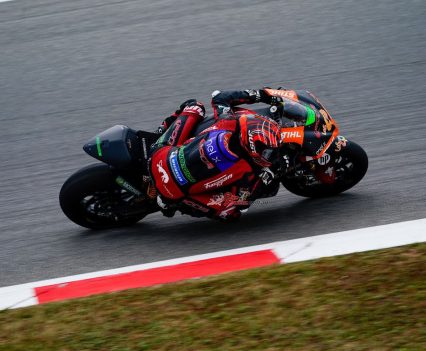 After the brief stoppage, the lights went out and we were GO in Barcelona. Aegerter grabbed the holeshot as a fierce MotoE™ scrap started from the off, with Pons lunging up the inside at Turn 10 to slot into second. It was then slipstream city down the long home straight as the lead changed down into Turn 1 aplenty: Zaccone led, then Aegerter returned to the front, before Pons eventually took the lead into the first left-hander on the penultimate lap.

Looking strong, the LCR E-Team rider was able to edge out a 0.3 lead – not a lot, but enough – heading onto the last lap, and importantly held off Aegerter in the slipstream too. The top eight were covered by just 1.8 but Pons remained ahead as attentions turned to the last real overtaking spot: Turn 10. 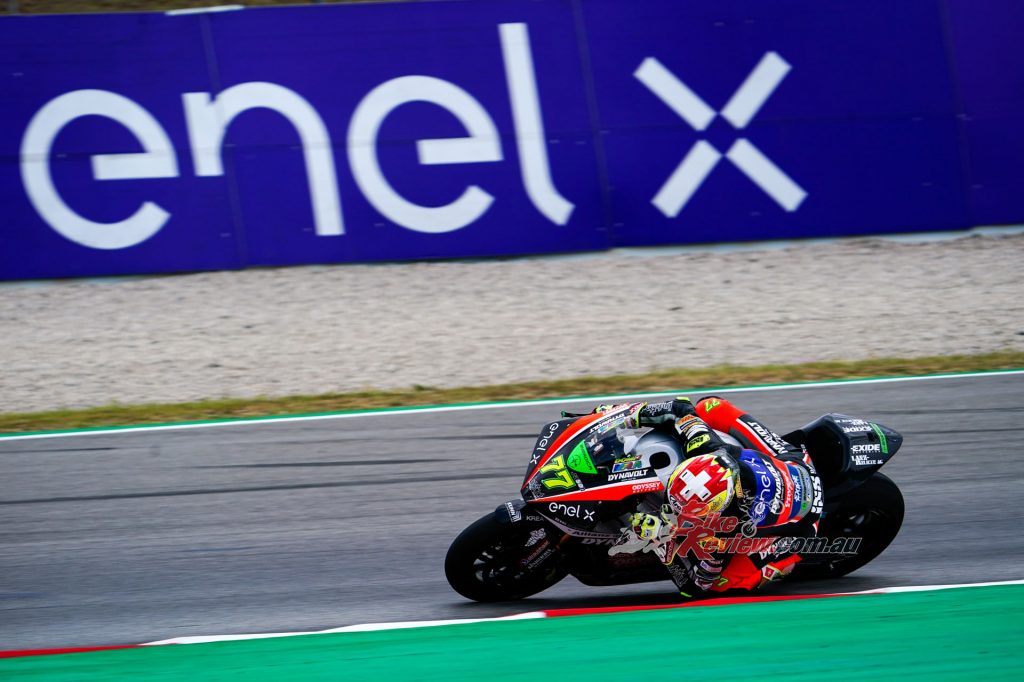 However, after a crash for Mattia Casadei’s (Ongetta SIC58 Squadracorse) there on the penultimate lap, the yellow flags were waving at Turn 10. That meant no overtaking, which scampered Torres’ chances of a move up the inside of Aegerter on the last lap. And just ahead of that, Pons made no mistake in the final sector and crossed the line to take a maiden MotoE™ victory, Aegerter and Torres picking up their second podiums of the year in that order.

World Cup points leader Zaccone took the chequered flag in P4 to keep his advantage over Aegerter intact, but it’s just a point splitting them in the overall standings. Yonny Hernandez (Octo Pramac MotoE) ended the six-lap dash in P5, and that’s the Colombian’s best result of the season so far. 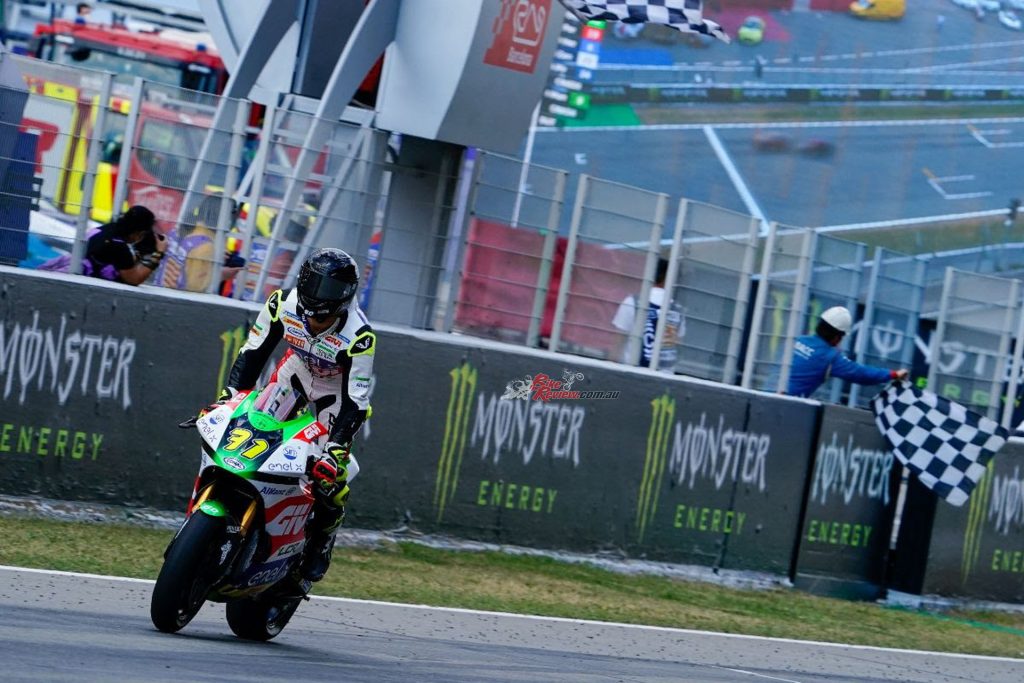 So what of Granado? After starting from pitlane and having lapped a second a lap quicker than the leaders when fighting his way back through, the Brazilian then crashed out of the points at Turn 4, rider ok. Xavi Cardelus (Avintia Esponsorama Racing) and Jasper Iwema (Pons Racing 40) also crashed out unhurt. 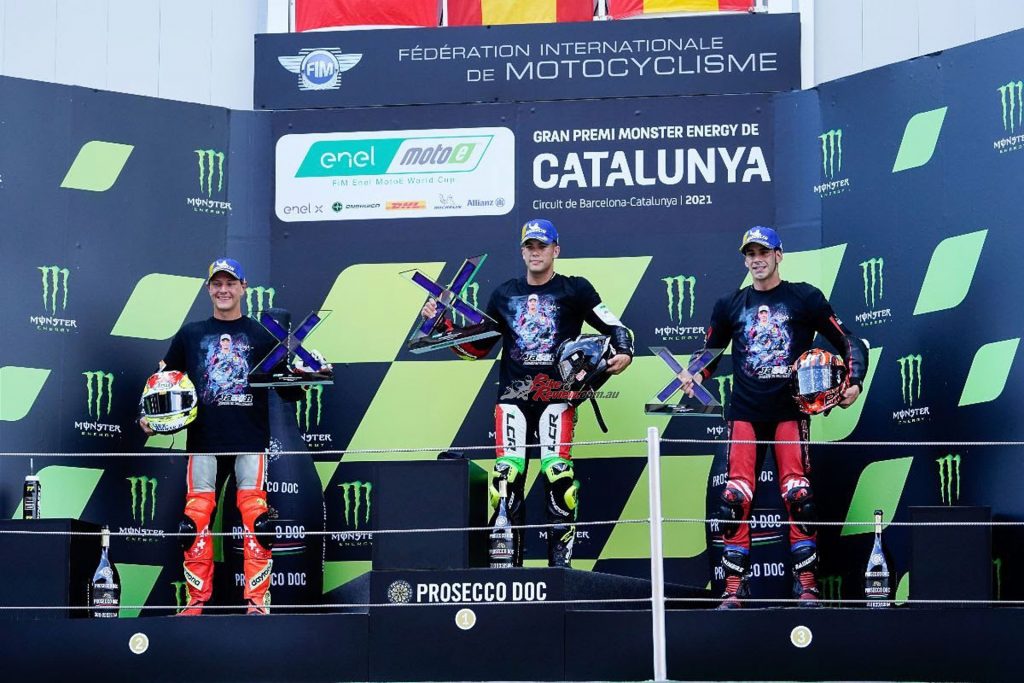 Yet another terrific MotoE™ race lights up Barcelona, with a new winner joining the fold. Pons is up to fourth in the overall classification, 18 points behind Zaccone, with Torres 11 off the leader and Aegerter that single point off the top. MotoE™ returns in a few weeks at the TT Circuit Assen.

Miquel Pons: “My first victory is amazing for me. I worked very hard and the work is reflected in this victory. I want to dedicate it to my family, partners and team, and to my friend Jason.. We worked hard this weekend and at the end of the race I could push a little bit more and make the difference.”