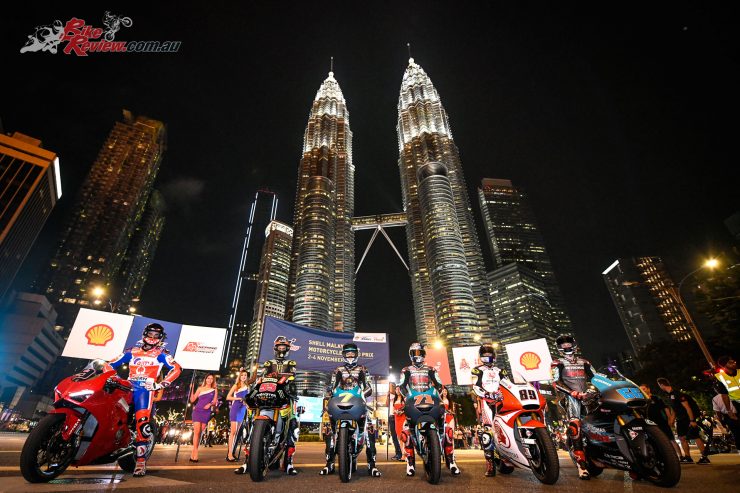 It’s almost time for one of the blue ribbon events of the season: the Shell Malaysia Motorcycle Grand Prix. Ahead of lights out for the spectacular at Sepang, MotoGP headed for downtown KL and the frenetic streets of the Malaysian metropolis for a parade with a difference. 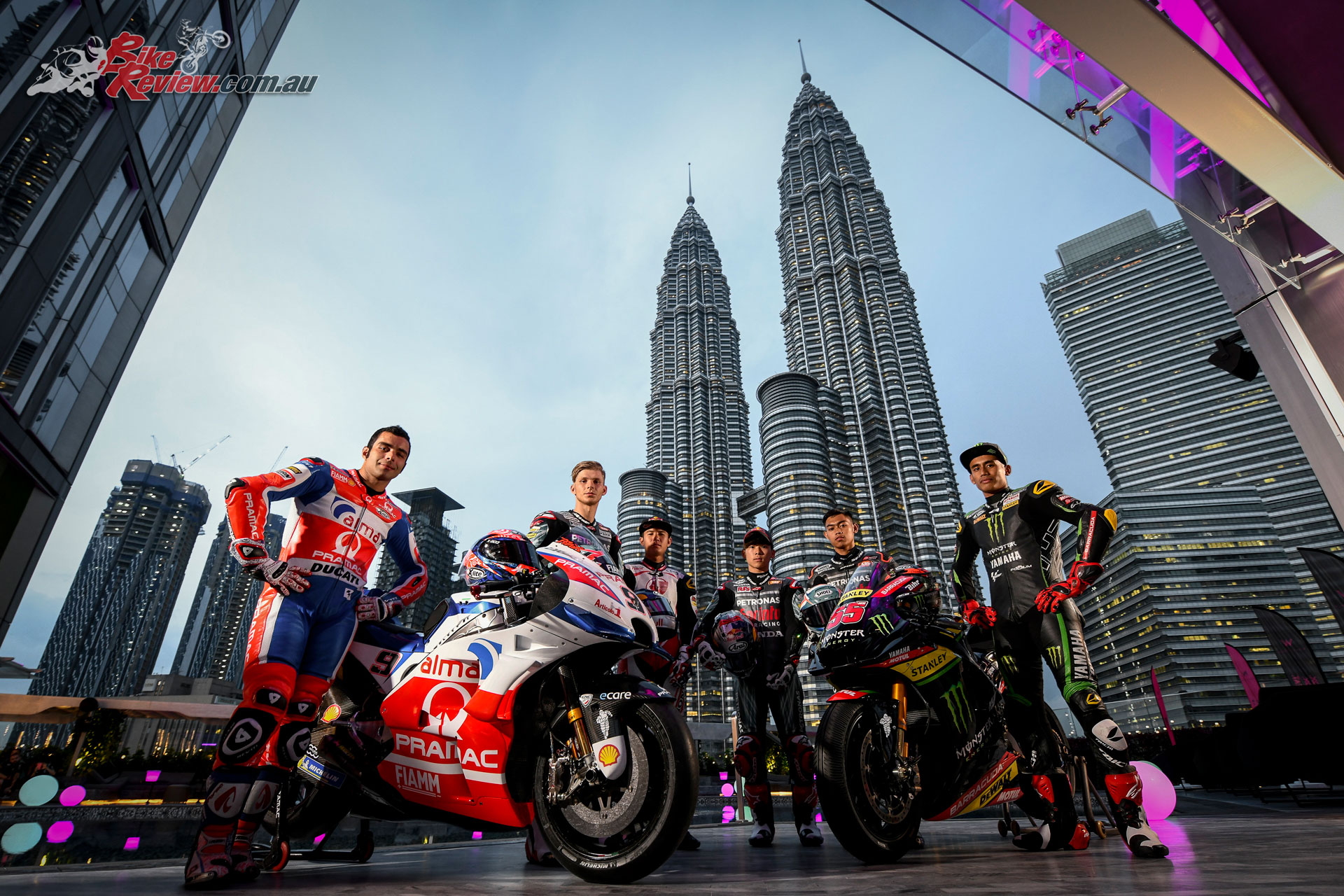 Hafizh Syahrin saying, “I’m looking forward to arrive in Sepang after the good sensations we got in Phillip Island. Although the result was not great in the end, two thirds of the race were fantastic and I learned from the top riders in front of me, plus I was able to stay close to them. Unfortunately, we lost the front in turn four and also in the straight we were missing some power from the engine. I just can’t wait for my home race, which gives me some extra motivation. We keep working hard and believing in ourselves. For sure, we’ll try to do our best there.” 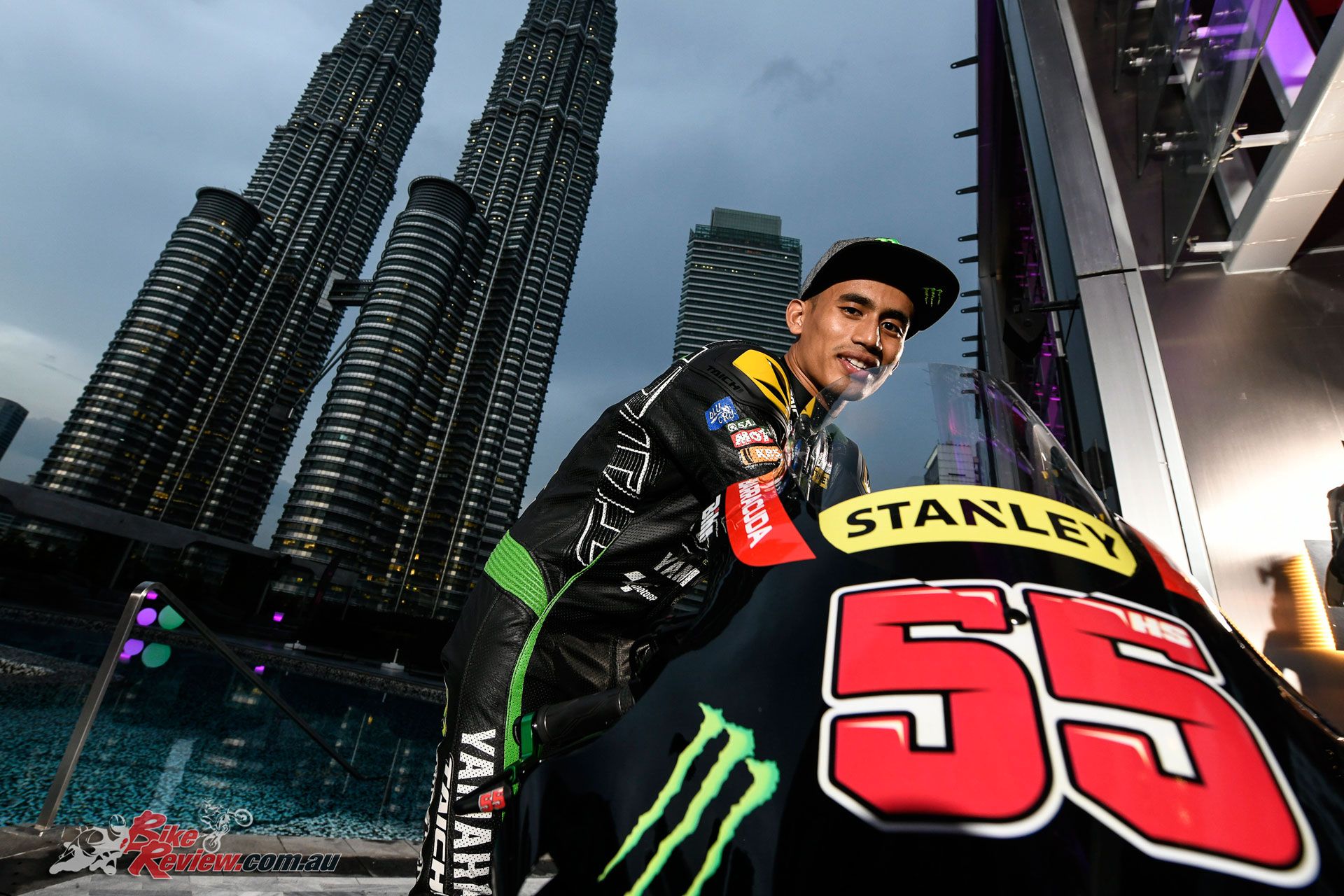 The flash parade started from Menara TA One and headed to the NZ Curry House, in the shadow of the stunning Petronas Towers, before the riders met fans at the curry house on their return.

Next up they’ll be headed back to Sepang International Circuit for the race weekend proper, with the penultimate round of the season sure to heats things up even more. Tune in on Sunday for the Shell Malaysia Motorcycle Grand Prix.

Jorge Lorenzo returns to the Ducati Team at Sepang

The two Ducati Team riders, Andrea Dovizioso and Jorge Lorenzo, have arrived at Sepang for the penultimate round of the 2018 MotoGP season, which concludes in Valencia on 18 November. 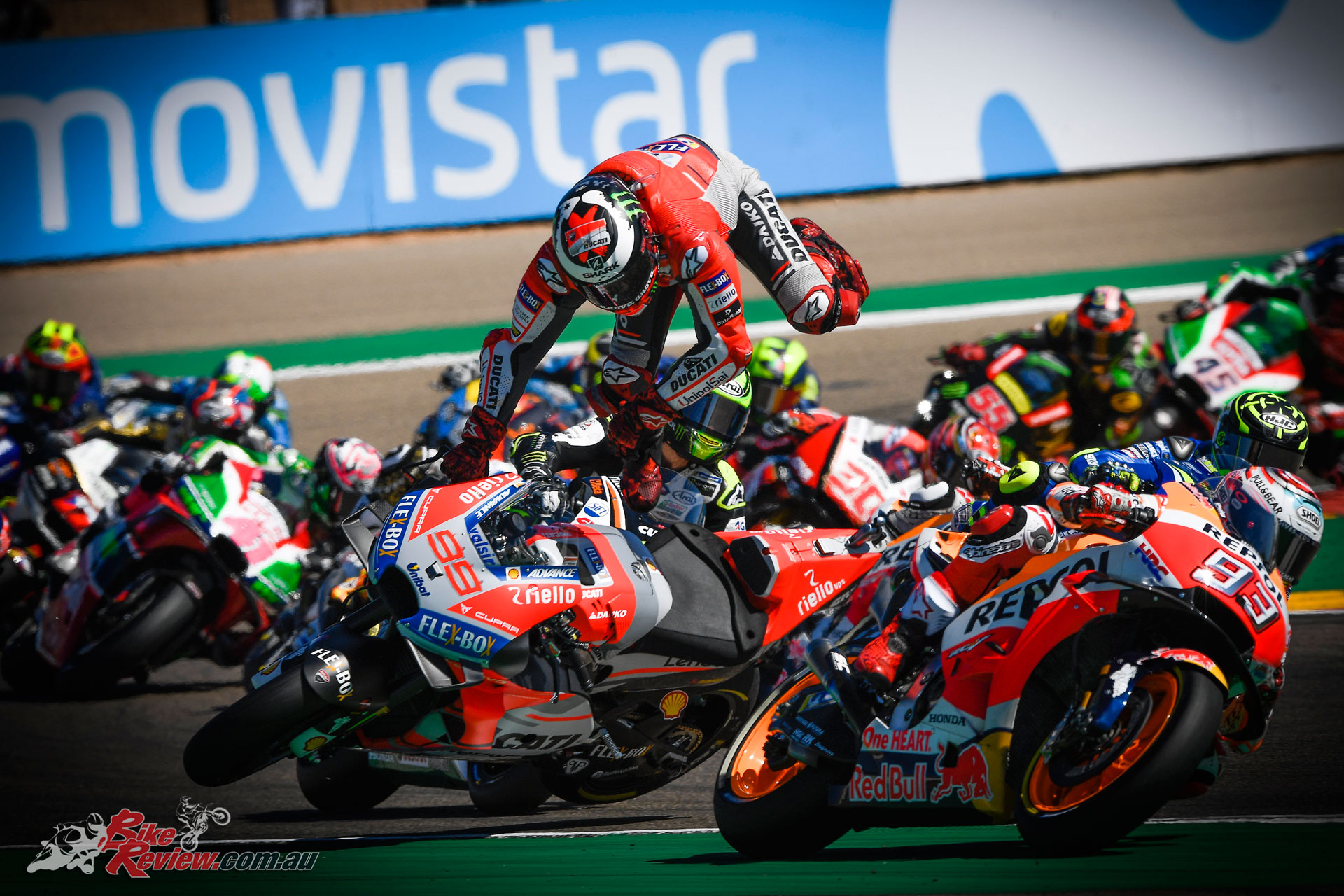 The Shell Malaysia Motorcycle Grand Prix takes places at the Sepang International Circuit, a track that is much appreciated by the riders and which has a series of features that make it ideal for modern-day MotoGP machines: long straights, a wide track and numerous overtaking opportunities. All the teams came to Malaysia in February for the first official pre-season MotoGP test, and once again it will be the hot sticky climate of this tropical country, together with the expected heavy rains, that will be a key factor throughout the weekend.

The Ducati Team has won five times at Sepang thanks to Loris Capirossi, Casey Stoner and Andrea Dovizioso, who triumphed in the last two editions. 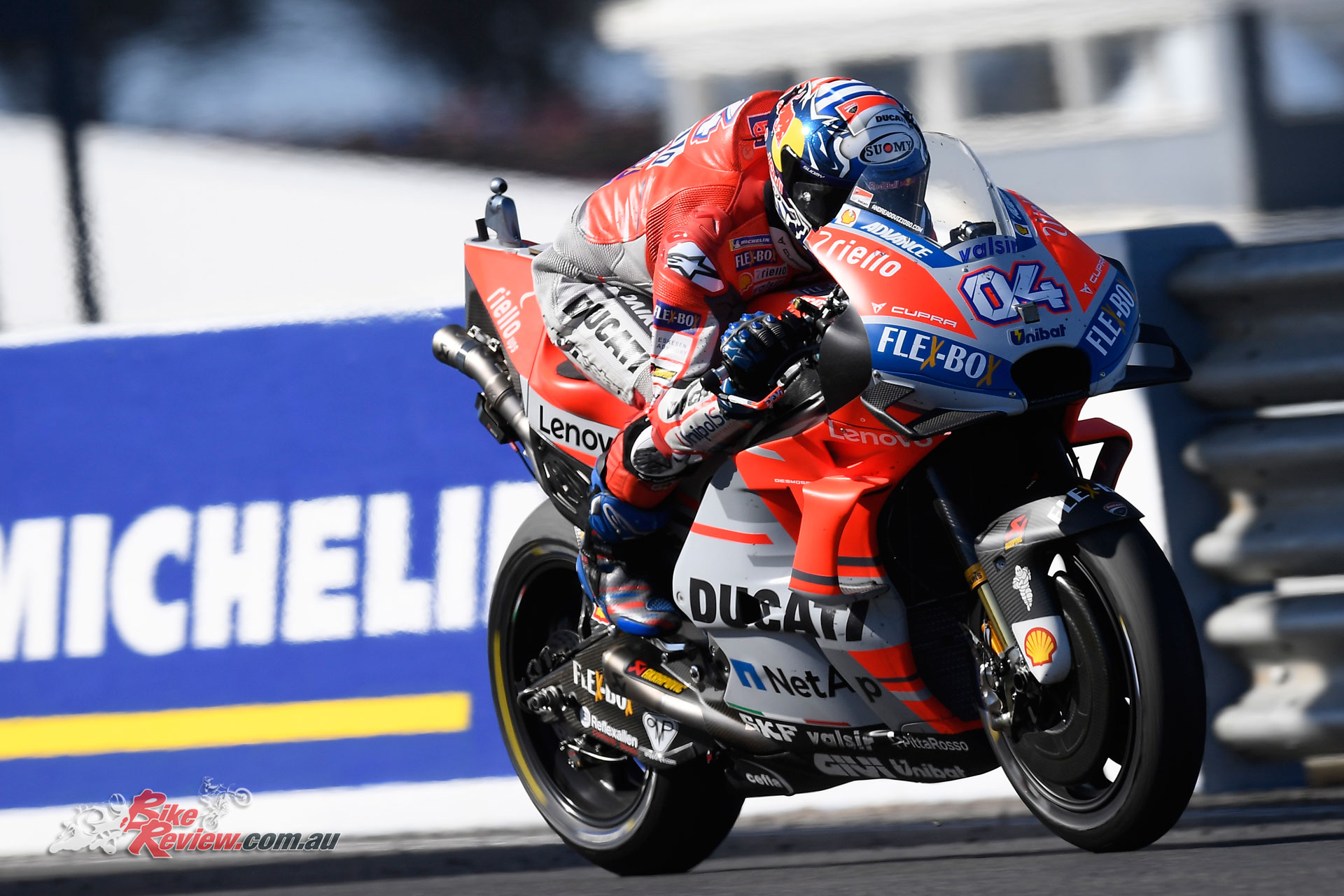 Andrea Dovizioso saying, “Our main aim now is to try and win in Malaysia and for sure we can be competitive at Sepang, even though things are different than last year for many reasons. The fight for second place in the championship is now becoming interesting, because Rossi is still not far behind me, even though in Australia I gained a few points on him, so we must remain focussed because this is a track where he has always gone well.”

After being replaced in Australia by Álvaro Bautista, who scored an excellent fourth place finish at Phillip Island, Jorge Lorenzo returns to his Desmosedici GP mount, and in these last two races will try and finish his second and final season in Ducati in the best possible way. The Malaysian circuit is one of the few where the Spanish rider has never won a MotoGP race, but with the exception of a DNF in the 2008 race, Jorge has never been out of the top 4 in qualifying or the race, and he has finished runner-up three times and third at the flag on four occasions. 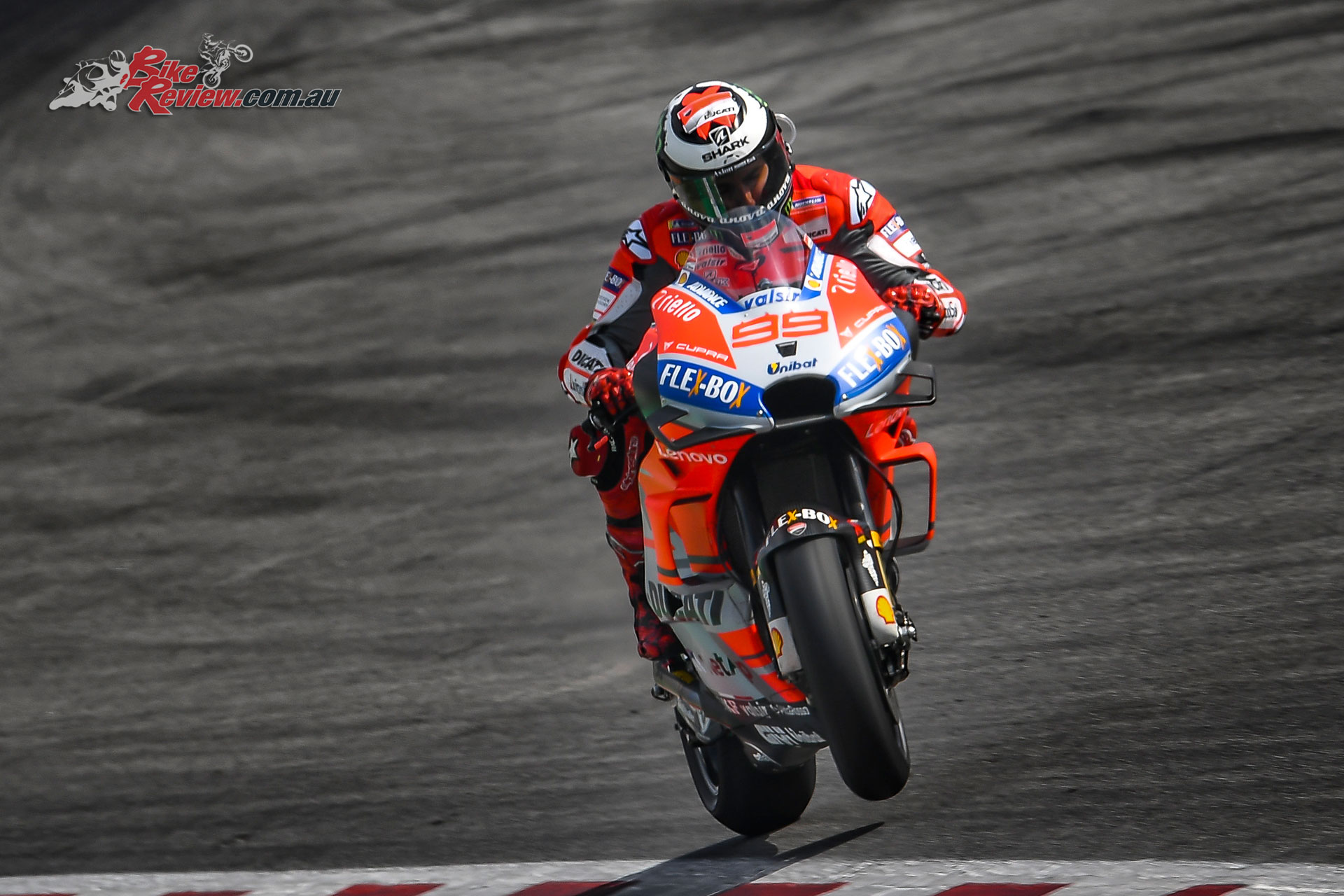 Jorge Lorenzo saying, “Only eight days have passed since I had an operation on the ligament of my left wrist, but I’m feeling a bit better. For sure the operation was quite recent and so we’ll have to wait until I get on the bike to see how the wrist responds and if I still have a lot of pain when I ride. On Thursday I’ll go to the circuit medical staff for a check-up on my condition and I hope to be able to race even though I won’t be at 100%. I haven’t been able to train for the past few days and the Sepang circuit is very challenging, so this is not exactly an ideal scenario to return to the track.”

With two rounds remaining until the end of the championship, Dovizioso is in second place overall with 210 points, while Lorenzo is in ninth with 130 points.

This race weekend will be testing the riders’ stamina even more than usual, as the Shell Malaysia Motorcycle Grand Prix is the last of the triple back-to-back races, and the region is known for its extreme heat. Nevertheless, Valentino Rossi is looking forward to getting back into action this weekend at the Sepang track, and for good reasons. 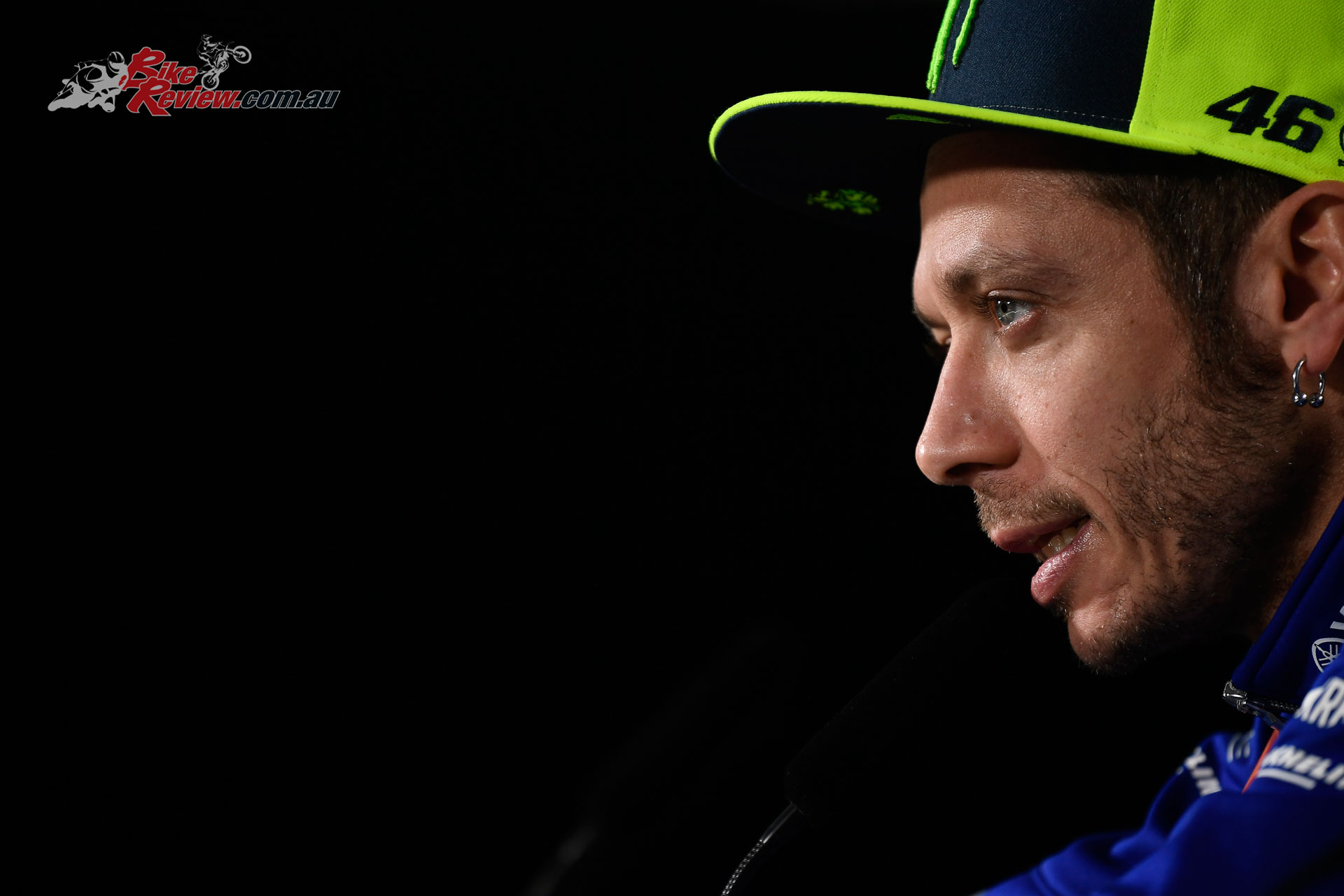 Valentino Rossi saying, “Unfortunately in Australia I lost important points for the championship and I’m very disappointed about that, but I’m happy for Maverick and for Yamaha. Now we have to concentrate on the third and last race overseas at Sepang and it will be important to have a good weekend. We must continue to work hard because we have to be competitive at every race. Sepang is not one of our favourite tracks, but we will always try our hardest to get the best results possible.”

Having stepped onto the top step of the Australian rostrum last weekend, Maverick Viñales is now just 15 points behind his teammate and currently still in fourth position in the overall rankings. The recent victory leaves him even more impatient to meet his fans at the Malaysian track, which is another strong circuit for him. 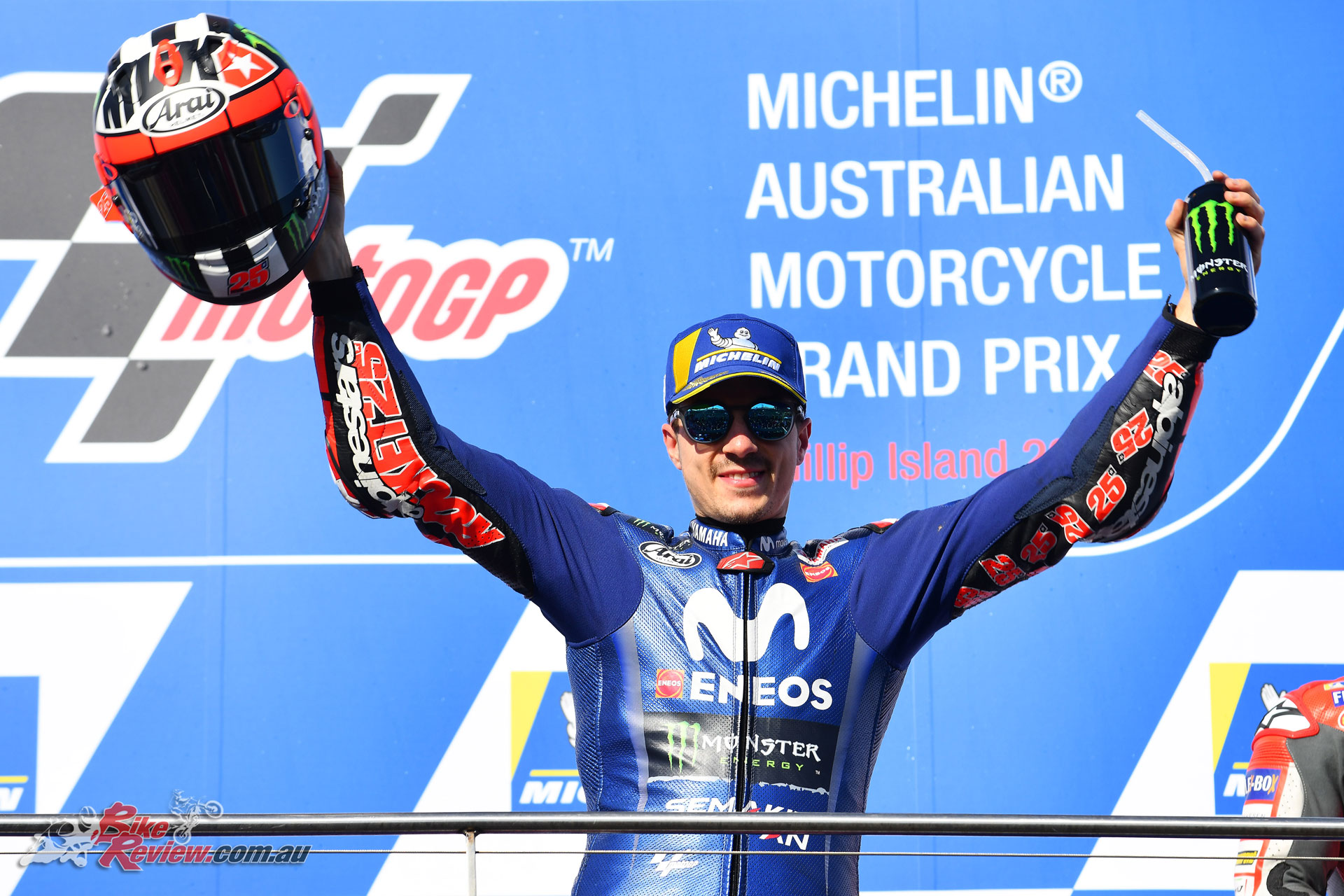 Maverick Vinales on the podium in Australia

The Spaniard is determined to keep his newly gained momentum going this weekend, especially as he’s yet to claim a premier class MotoGP prize in Sepang. In previous years he reached the podium on two occasions, securing a win in the 125cc class in 2011 and in the Moto2 race in 2014. In 2016 he secured sixth place, his best premier class placement at this track thus far.

Maverick Viñales saying, “After the victory in Australia, sincerely, I’m very happy. The team has worked very hard to overcome the crisis that we were going through. I’m feeling comfortable and I’ve regained my confidence. But we have to think about the next race in Sepang. We are highly motivated. It’s a circuit with very different climate conditions to those we’ve had in Phillip Island and in Japan – it’s always really hot and that makes it a very physically demanding race. I thought we made an important step in Phillip Island and actually I felt really good on my M1. We are on the right path and if we continue like this, hopefully we can finish the season with more victories.”