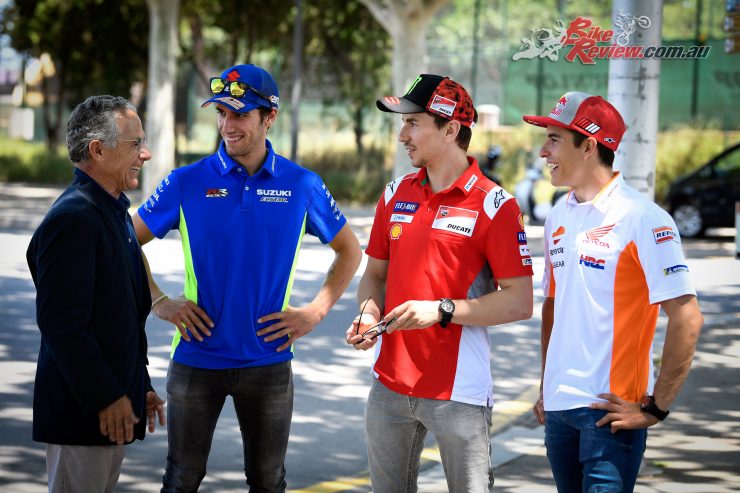 50 years ago, Salvador Cañellas took the first ever win for Spain in the World Championship. It was a home win, too, with the classic Montjuïc circuit playing host as the first chapter of an incredible success story was written. 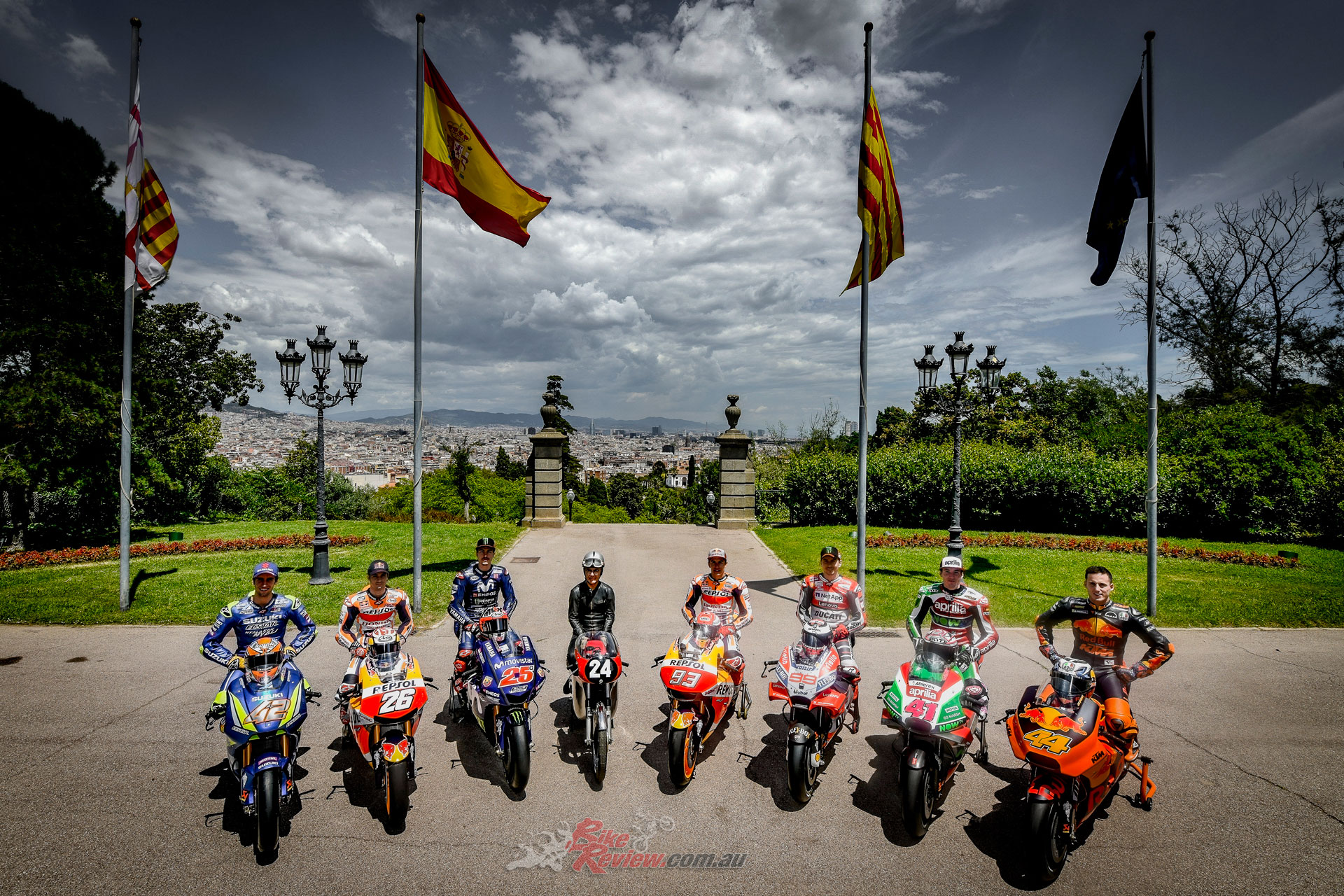 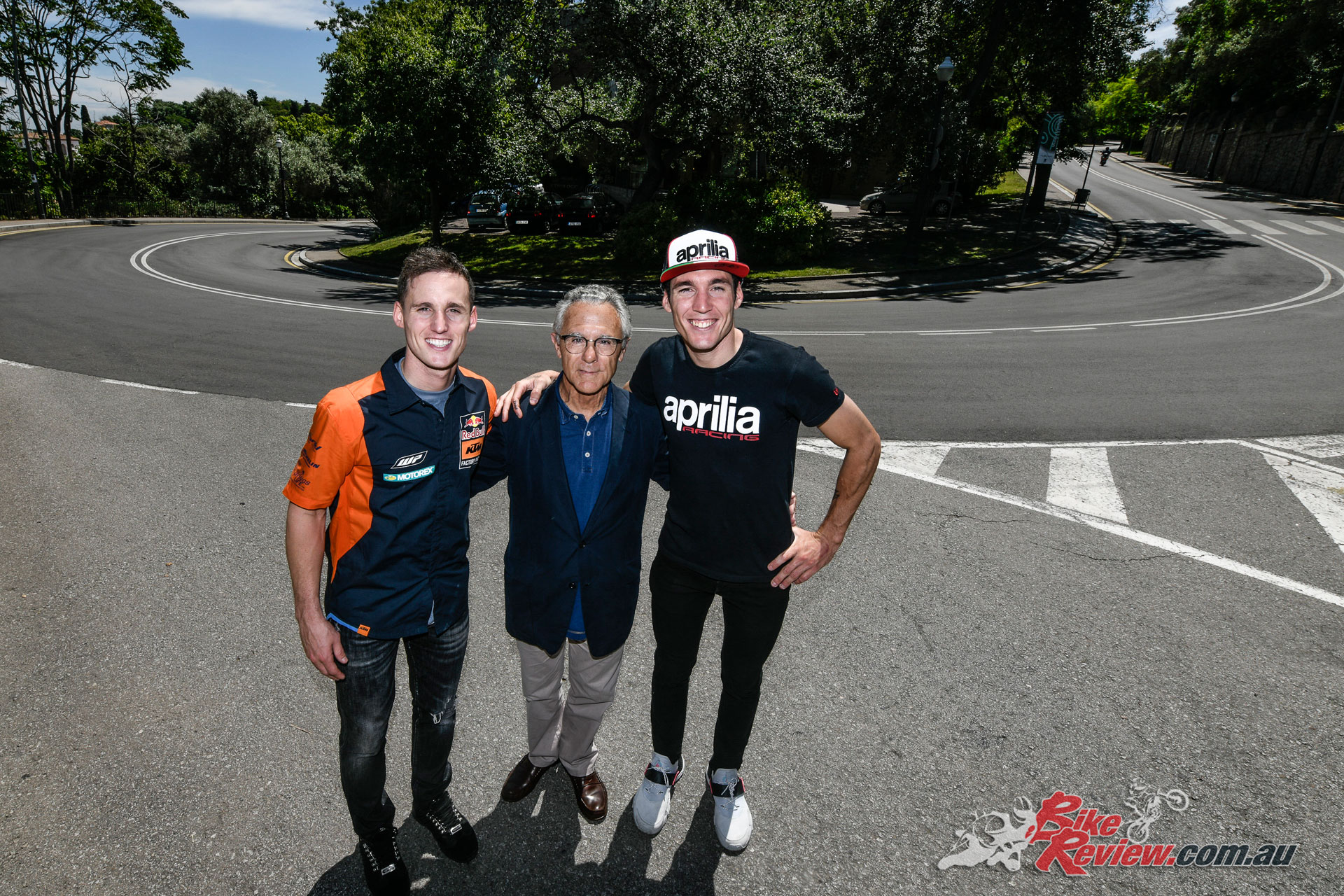 Taking a walk around the track, Pol and Aleix Espargaro compared part of the circuit with a modern counterpart, and the changes in run off, before Dani Pedrosa and Maverick Viñales talked to Cañellas about the different lean angles in the 21st century – with many on the grid now even managing to touch their elbow down.

Jorge Lorenzo and Alex Rins then discussed the similarities with part of the Circuito de Jerez-Angel Nieto, before talk turned to the incredible differences in safety in 2018. 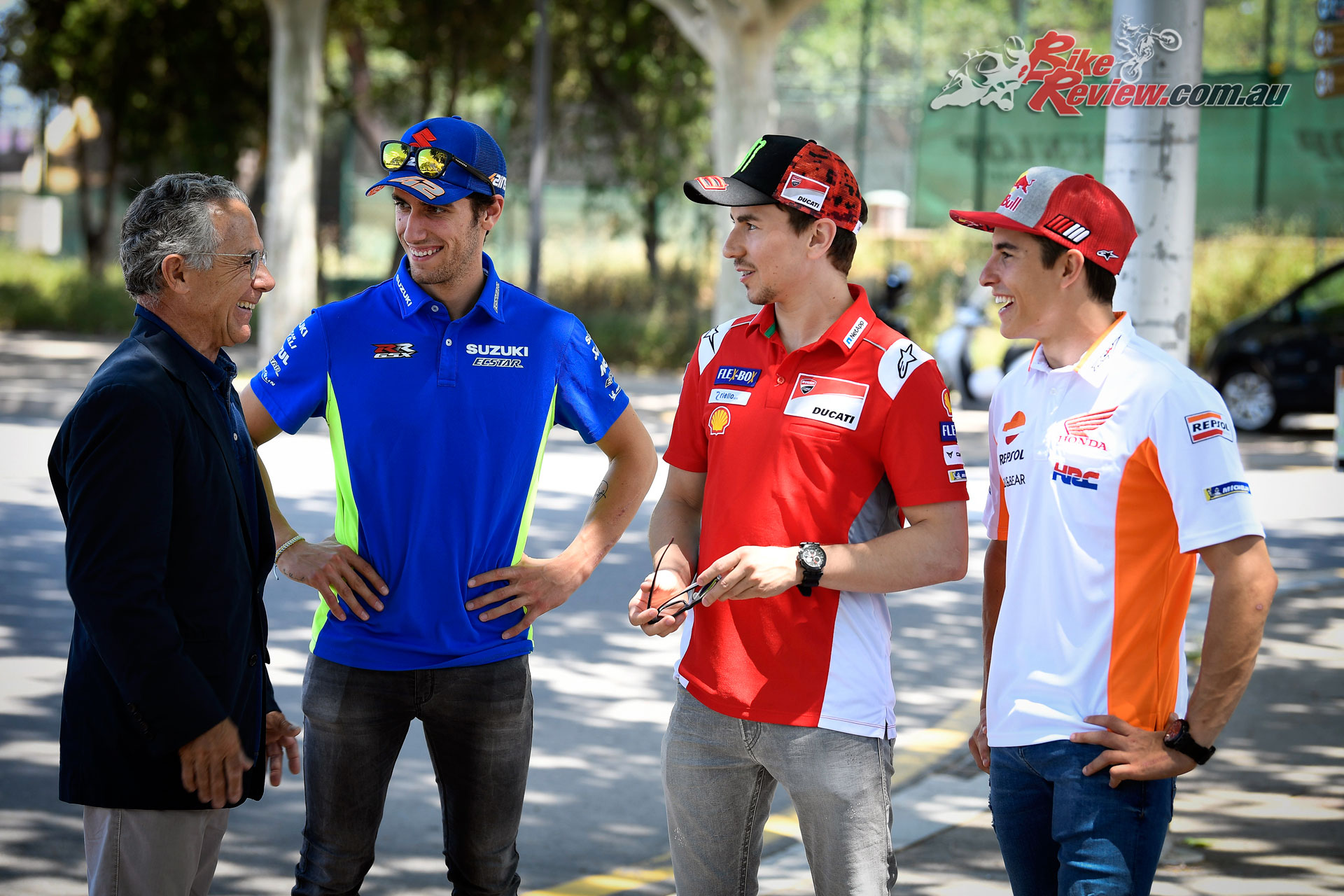 Finally, reigning MotoGP World Champion Marc Marquez joined Cañellas to compare Montjuïc with part of the modern-day venue for the Grand Prix held in Barcelona; the Circuit de Barcelona-Catalunya. And, of course, how it feels to cross that finish line first.

Marc Marquez saying, “It was a pleasure to meet Salvador Cañellas, and it was incredible how he explained the circuit, how they rode, it was completely different…it was very interesting because now it’s another world and with much more safety. But it was so interesting to go around the circuit!” 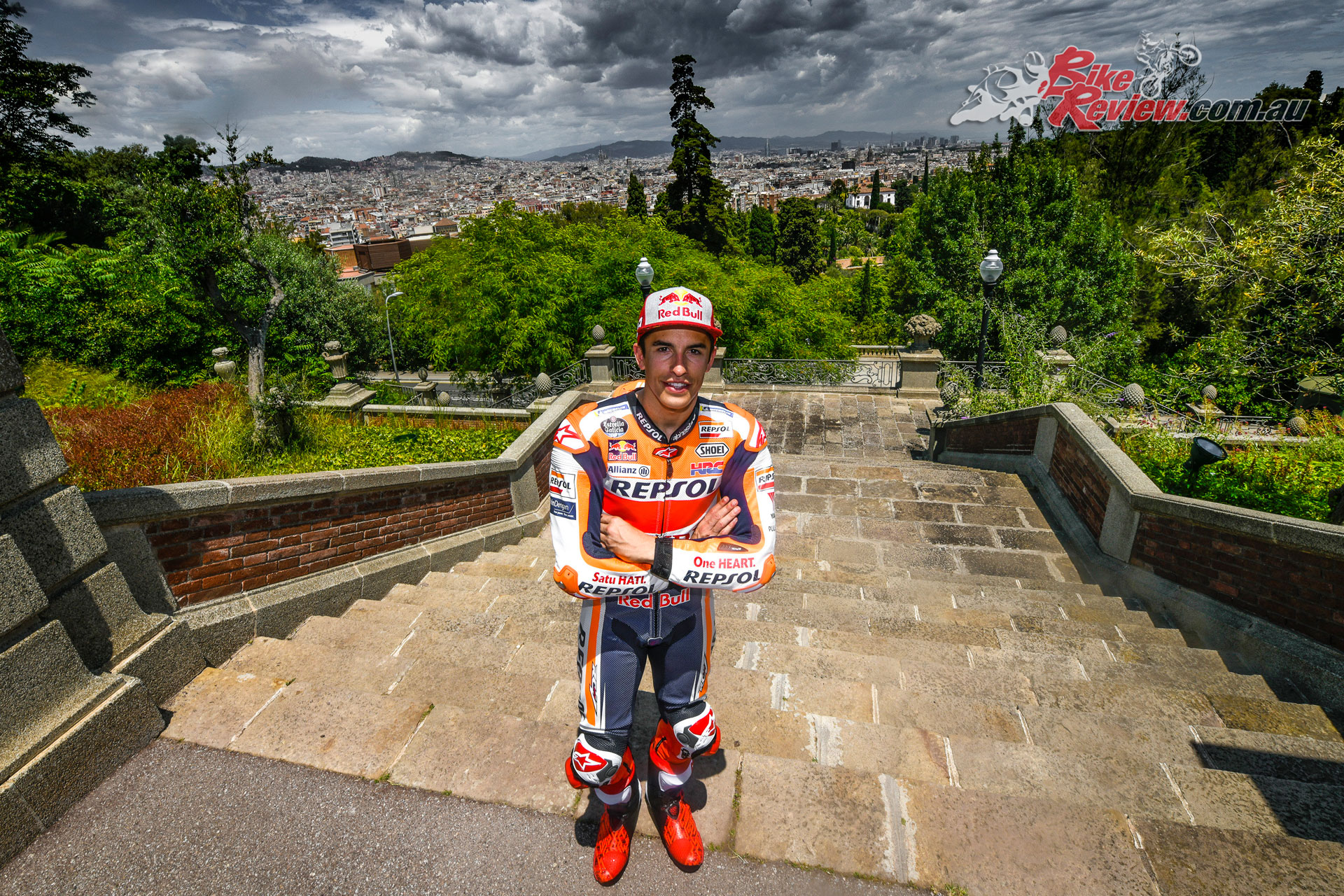 To bring the event to a close, there was a photo opportunity overlooking the Jardines de Juan Maragall and the old track, with the eight riders there with their bikes as they gear up for the Gran Premi Monster Energy de Catalunya. Tune in this weekend as we switch Montjuïc for Montmeló! 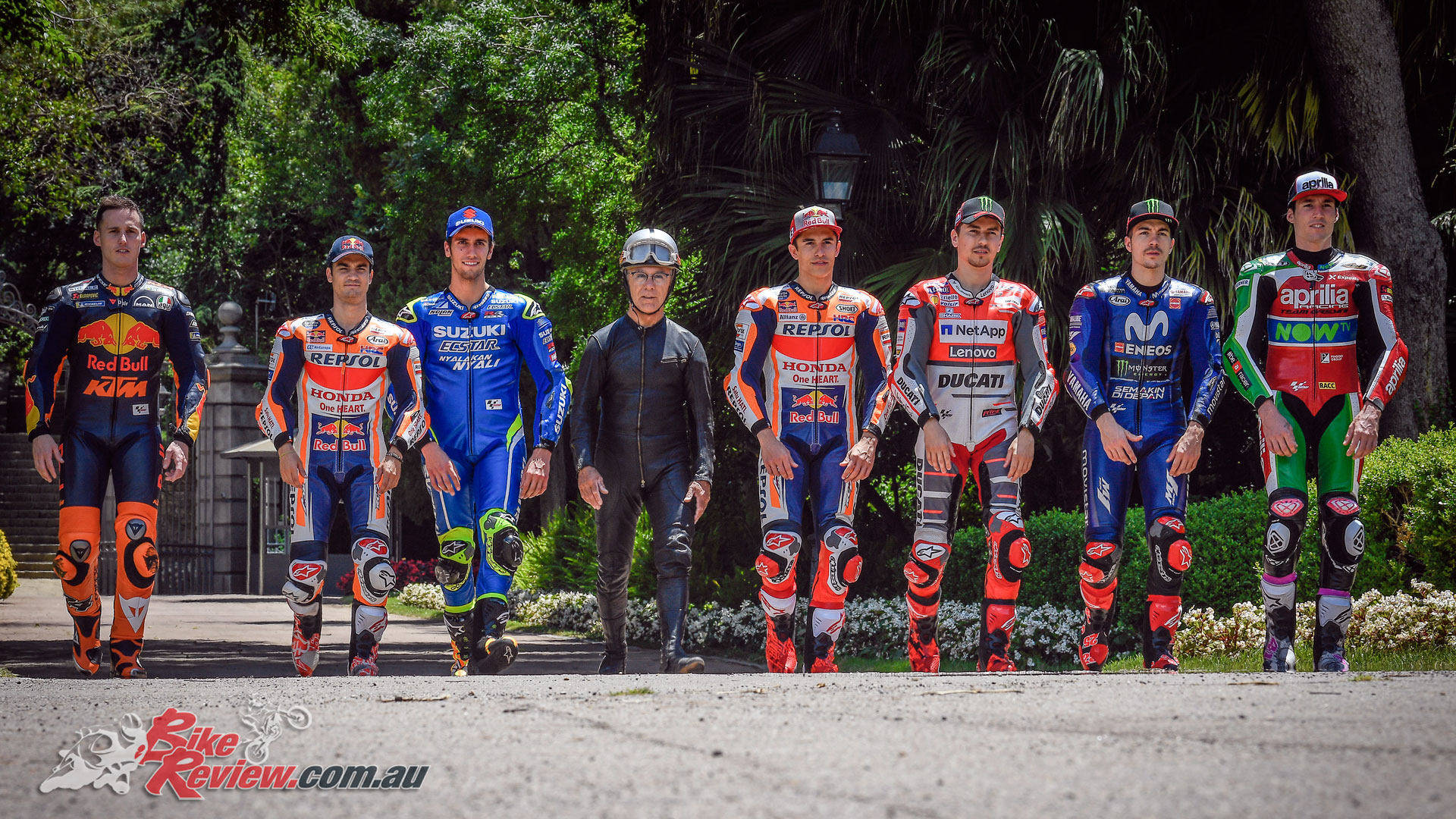 Dani Pedrosa saying, “It’s great to meet Salvador Cañellas here, where the first victory happened…and it’s great to hear the stories. He explained in detail how the track was back then. It’s also amazing to see his leathers and his bike…it was a very cool event!” 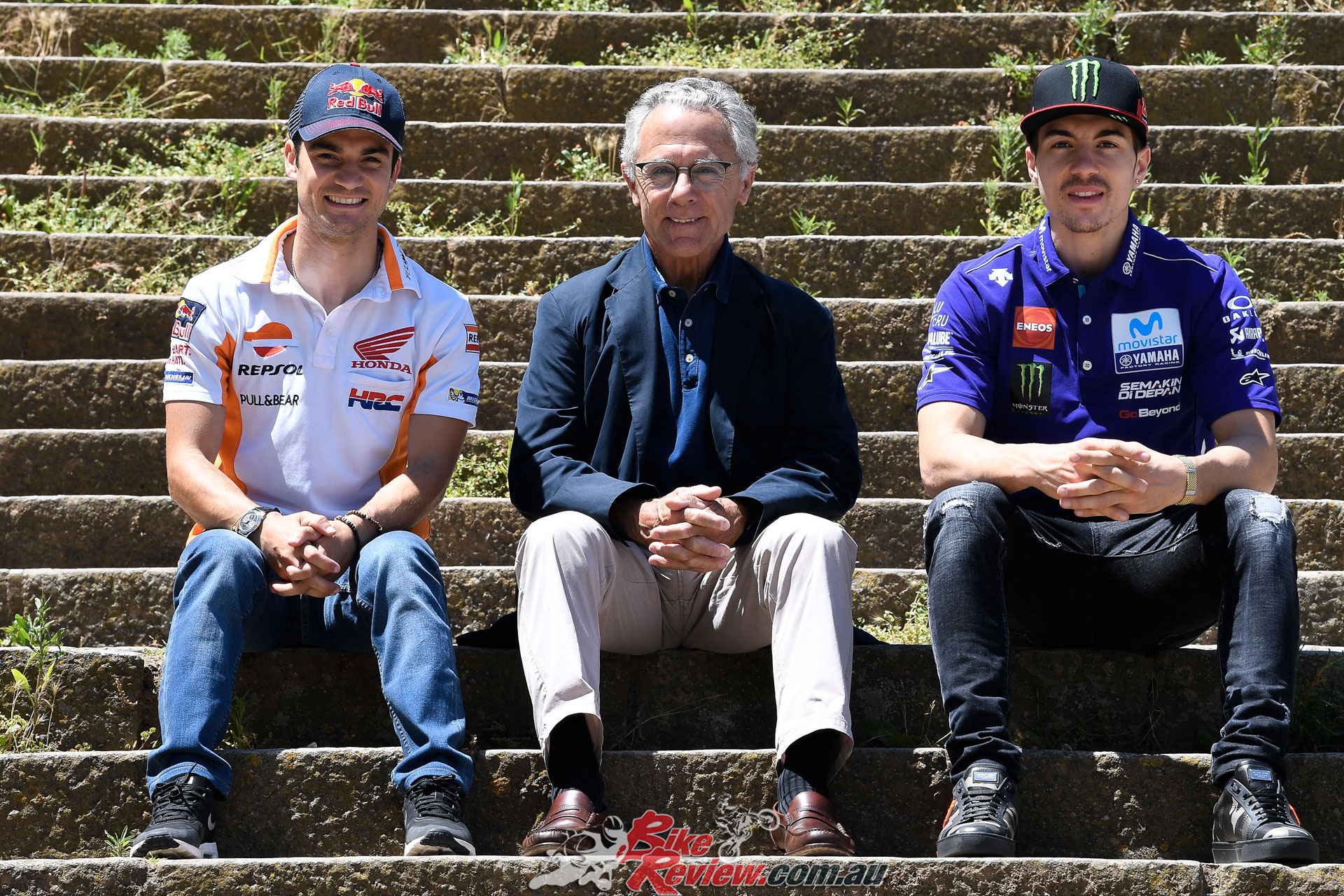 Alex Rins adding, “For me it’s incredible and a new experience, to meet the guy who won here. It’s amazing to see his leathers, without much protection. To be here is very special.” 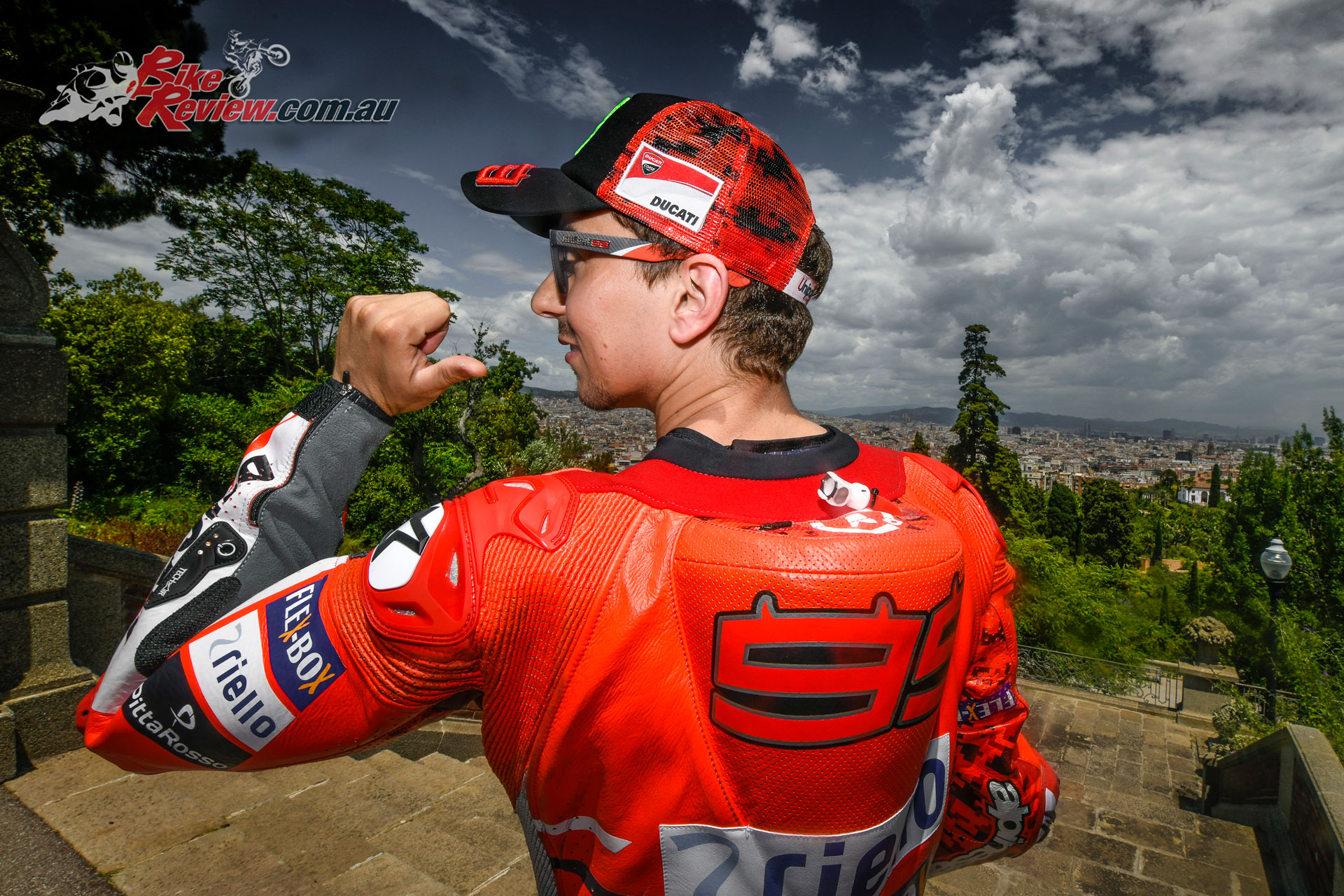 Jorge Lorenzo saying,  “Everything has changed! If you look back over so many years, you can see the difference is huge. In everything – the bikes, the safety, the tracks, leathers…there were no sponsors before, no safety, no money in the sport, and now we’re really lucky to live in this era. We’re in a golden era and I’m happy and excited for this weekend, and looking forward to my home GP.”