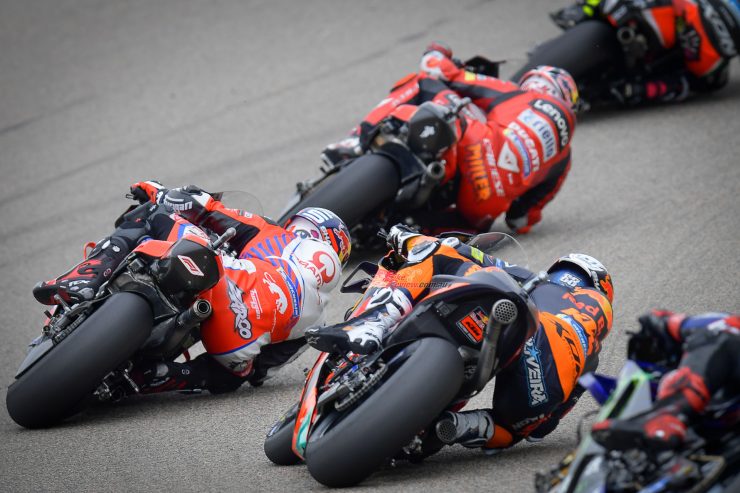 MotoGP: Who Will Be The New King Of The Sachsenring?

There’s throwing down the gauntlet and then there’s Fabio Quartararo’s Catalan GP. The reigning Champion is now 22 points clear after drama hit for key rivals Francesco Bagnaia and Enea Bastianini. But, who will take home the win at The Sachsenring? We find out this weekend… 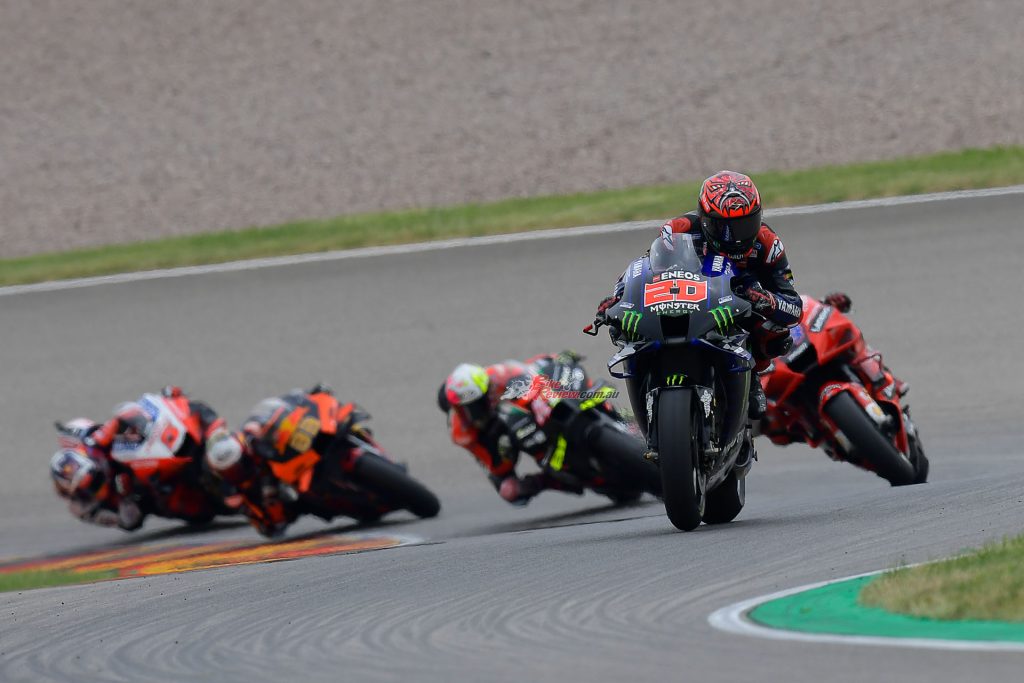 There’s an empty throne up for the taking, with plenty of contenders ready for the challenge…

Last year it seemed a long shot for King of the Sachsenring Marc Marquez (Repsol Honda Team) to retain his crown, but retain it he did to make some more history. Now, the number 93 is back on the sidelines after another big investment in his racing future, but that offers a huge opportunity for those on the chase, and most likely Quartararo.

The Frenchman’s form in the Catalan GP was immense, and he surely leads the list of candidates to take to the Sachsenring throne. With the tight and twisty track offering some respite from the long straights and horsepower measuring contests of some recent venues, Yamaha should be in a stronger position too. Can Quartararo extend that lead further this weekend? And can Franco Morbidelli (Monster Energy Yamaha MotoGP™) move forward? Rookie Darryn Binder (WithU Yamaha RNF MotoGP Team) managed to pip the Italian to second Yamaha honours in Barcelona. 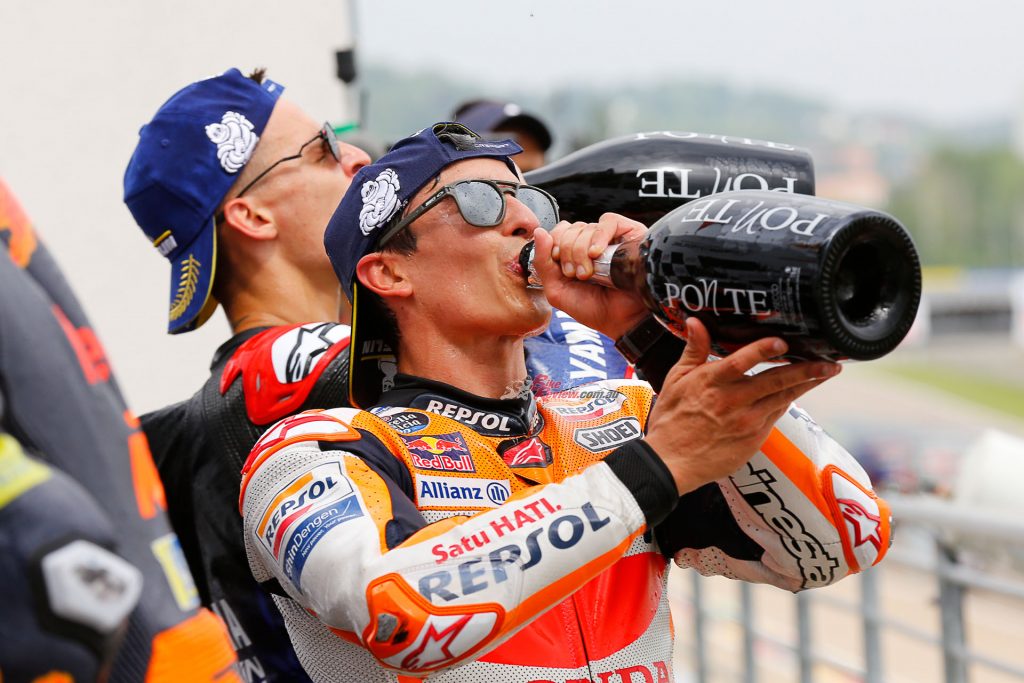 Last year it seemed a long shot for King of the Sachsenring Marc Marquez (Repsol Honda Team) to retain his crown, but retain it he did to make some more history.

Last year, however, the resistance was led by KTM. Miguel Oliveira (Red Bull KTM Factory Racing) was within 1.7 seconds of Marquez to take second, no mean feat, and Brad Binder (Red Bull KTM Factory Racing) came home fourth to put Quartararo in an Austrian sandwich. Overall, the Mattighofen marque were the best performing factory. What can they do this season? Barcelona saw more solid points as Binder took eighth and Oliveira ninth… but that’s not what KTM races for, and work continues to getting back towards the front.

For Ducati, despite the huge leaps forward towards arguably the best bike on the grid, the Sachsenring still proved a challenge in 2021. The venue may be the only one left that still merits talking about a track suiting a factory, or not as the case may be. Bagnaia led the charge last season with Jack Miller (Ducati Lenovo Team) for close company though, and it was a fight for a place in the top five – a far cry forward from even fairly recent history. What can Bagnaia do now on the bounce back? Can Miller find some mojo? 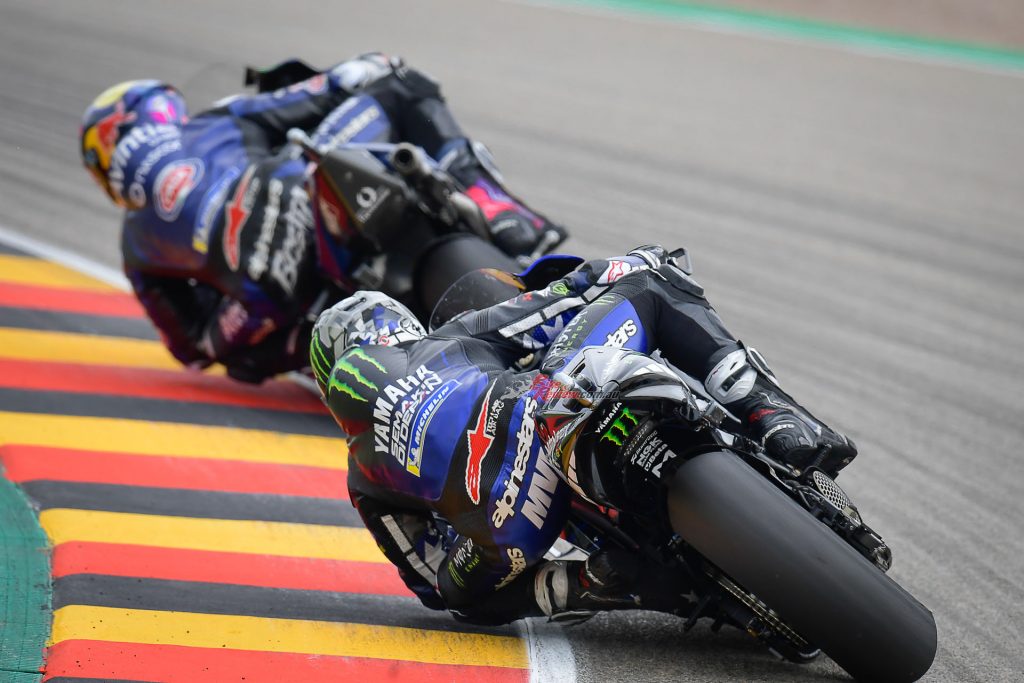 The Frenchman’s form in the Catalan GP was immense, and he surely leads the list of candidates to take to the Sachsenring throne.

Prima Pramac Racing may have a fair bit to say in deciding the upper echelons of the timesheets too, with both riders on the podium in Barcelona. Johann Zarco is back in that consistent groove and Jorge Martin was back in the fight at the front with a bang, and add to that the Spaniard also has now had the surgery he needed to fix that niggling issue with his hand. How many guns can they bring blazing? And can Bastianini pull off another comeback after a crash out in Catalunya? Rookie Marco Bezzecchi (Mooney VR46 Racing Team) will also be looking to do the same after he crashed out on he coat tails of that incredible ride at Mugello.

Then there’s Aprilia. Aleix Espargaro (Aprilia Racing) took a solid finish in Germany last year for the Noale factory, but that was then and this is now – and that “arguably the best bike” citation can be argued in this paragraph in 2022 too. It’s been an amazing podium run for Espargaro and he almost continued it in Barcelona before that heartbreaking early celebration, but everyone watching will be hoping that just fires the number 41 up even more to come back out swinging. How will the new RS-GP fare in Germany? And can Maverick Viñales (Aprilia Racing), whose progress continues to show some good steps, make another one at the Sachsenring? 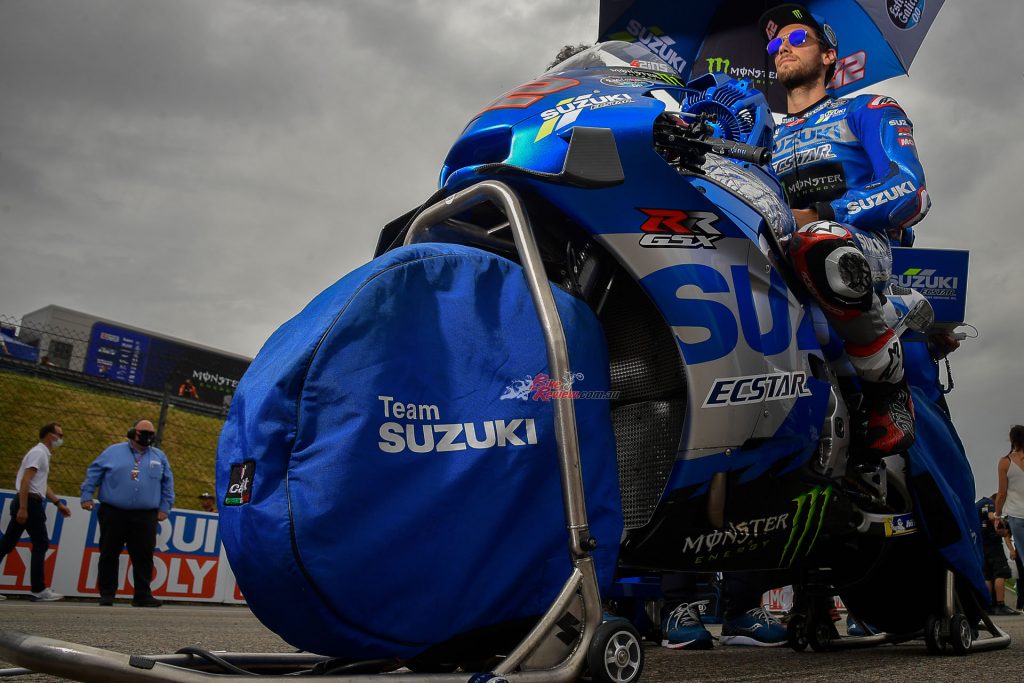 For Suzuki, the venue was a tougher one last year and the Hamamatsu factory will be looking to use their track time from the post-Catalan GP test to right that in 2022.

For Suzuki, the venue was a tougher one last year and the Hamamatsu factory will be looking to use their track time from the post-Catalan GP test to right that in 2022. Joan Mir (Team Suzuki Ecstar) put in a stunning charge on Sunday too as he took off from 17th on the grid to finish fourth in Barcelona, so he’ll be looking to build on that momentum. Alex Rins, meanwhile, was caught up in that Turn 1 incident with Takaaki Nakagami (LCR Honda Idemitsu) and has a small fracture in his wrist… so he’ll likely be keen to try but will have to be passed fit.

At Honda, the weekend will be a big one for Stefan Bradl (Repsol Honda Team) as he arrives on home turf and with the biggest shoes possible to try and fill. The German had a tougher weekend in Barcelona and will want more at the Sachsenring, and so too will teammate Pol Espargaro after a tough Sunday. Alex Marquez (LCR Honda Castrol), meanwhile, arrives from a stunning comeback from last to tenth after that crash on Saturday saw him sit out qualifying, and the number 73 also did the most laps of anyone in the test on Monday after the race. He’ll be gunning for more progress, and we wait some more updates on Nakagami after the Japanese rider escaped injury but did stay in hospital for observation following the impact. 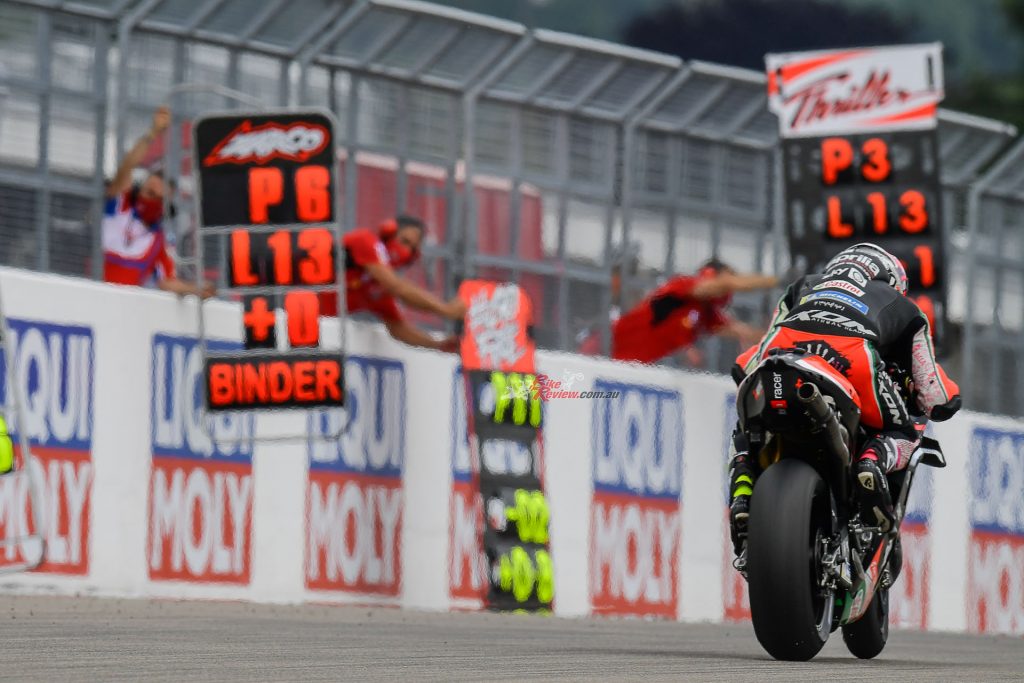 Who will stand on the top step at the Liqui Moly Motorrad Grand Prix Deutschland? There will be no one on the grid who’s ever done it before, so there’s plenty to play for – in the Championship too.

Who will stand on the top step at the Liqui Moly Motorrad Grand Prix Deutschland? There will be no one on the grid who’s ever done it before, so there’s plenty to play for – in the Championship too. Tune in at 14:00 (GMT +2) on Sunday for another Sachsenring stunner as we reach the halfway point in the 2022 championship.