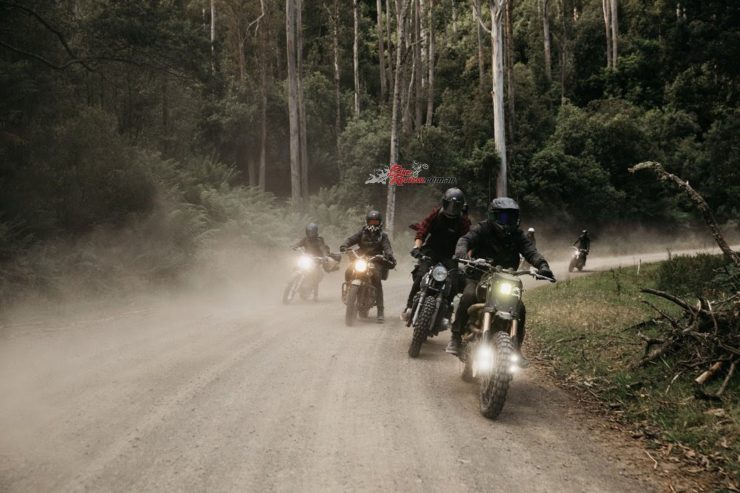 Tonight you will be able to catch the Sydney premiere of “Wide of the Mark”, the latest motorcycle movie from the makers of Handcrafted. The Australian adventure movie was supported by Bell Helmets, to help the six riders safe on their epic Tasmanian journey.

The creators of “Wide of the Mark” say the movie was created out of a hunger for a motorcycle adventure in its purest form. Mixing the things they say they love most in life, Motorcycles, and Films. The six riders built adventure bikes out of everyday commuters to handle harsh terrain, packed their camping gear, and went riding for two weeks.

Their only goal was a rough road map of some of the most testing terrain Tasmania had to offer, followed closely by the keen lens of Electric Bubble. Head down to the Dendy cinema in Newtown tonight to catch the movies first premiere, more dates for the other states are below.

The six riders all took to the Tasmanian bush on bikes that would normally never see the dirt and mud.

Tickets for each premiere can be purchased here.

Wide Of The Mark Premiere Dates