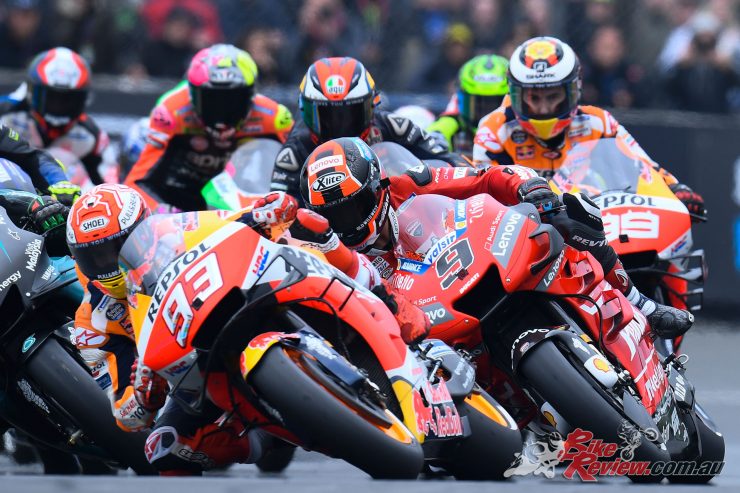 Mugello next stop on MotoGP Calendar

Marc Marquez (Repsol Honda Team) is on an undeniable roll as the Championship rocks into Mugello, but this is now unmistakably enemy territory. Not only for the banks of yellow that trim the circuit every race weekend, but also for the swathes of red crowding into the track to support home factory Ducati – the most recent winners twice in a row. As venues for a pivotal point in the Championship go, it couldn’t be better. 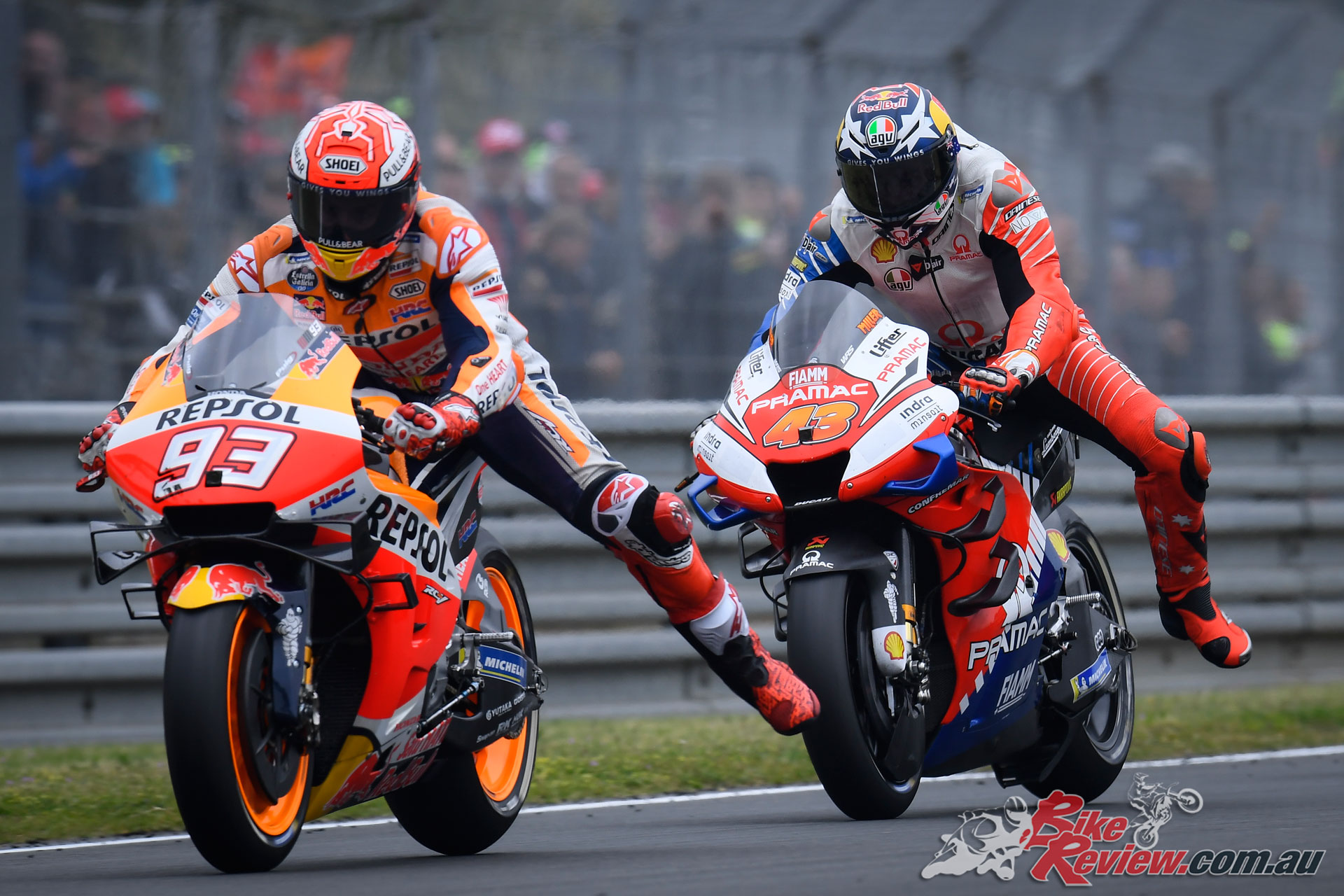 Mugello is sculpted from the hills of Tuscany; fast, flowing and boasting perfect curves, the place is a special one even before the crowds roll in. And boy, do they roll in. Yellow is their colour, Valentino Rossi (Monster Energy Yamaha MotoGP) is their hero and the volume level is a record one. And they have good reason to come to worship at the alter of speed: Rossi won every year from 2004 to 2008, he was on pole last season…is now the time for another? 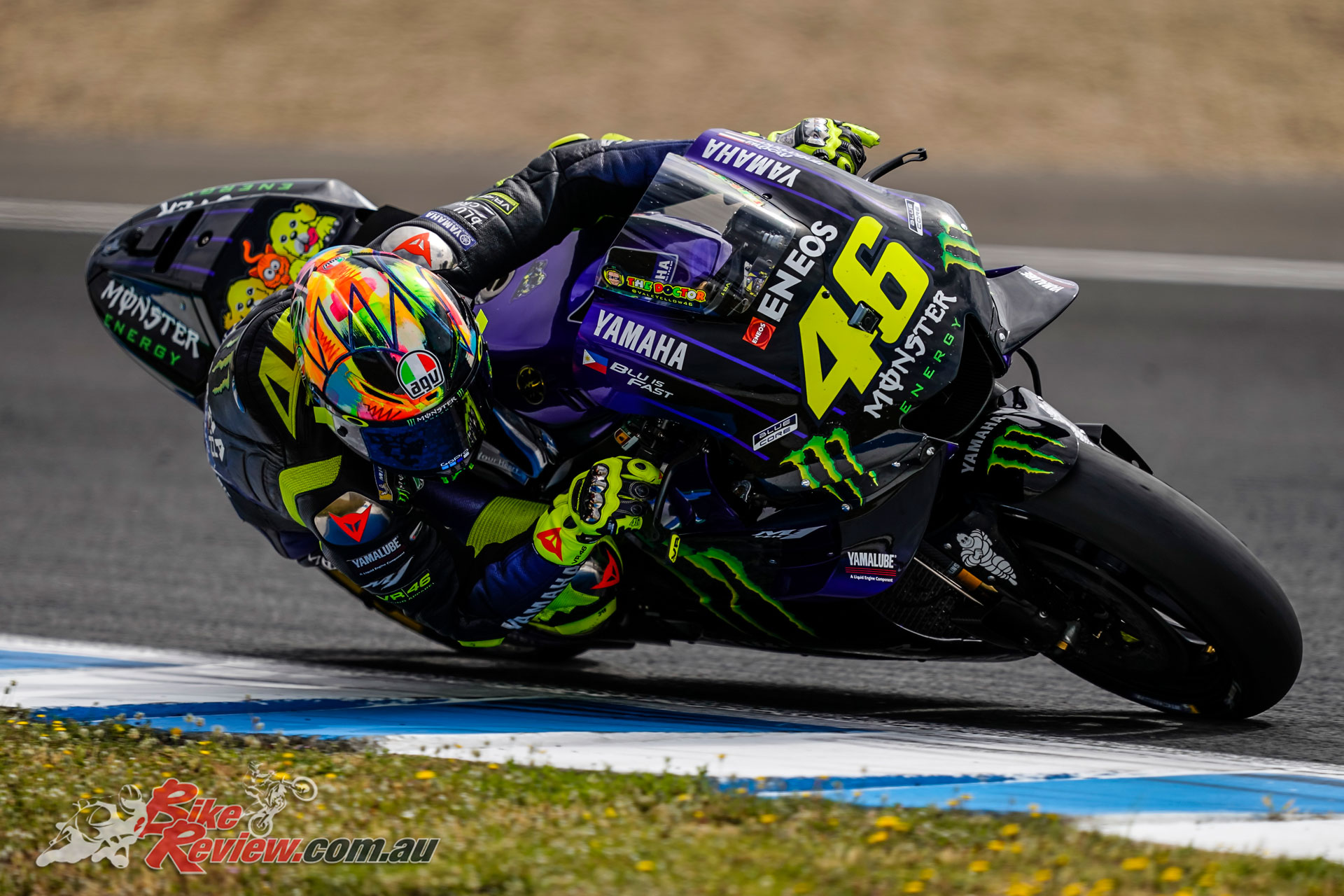 For the partisan crowd though, there’s more: Ducati were the ones who took the baton from the Rossi winning streak in 2009, but they have won the last two too: in 2017 with Andrea Dovizioso (Mission Winnow Ducati) and last year with Jorge Lorenzo. It’s a venue the bike works well at, and it’s one that would provide the perfect stage for ‘DesmoDovi’ to fight back against Marquez – especially in his 300th Grand Prix. 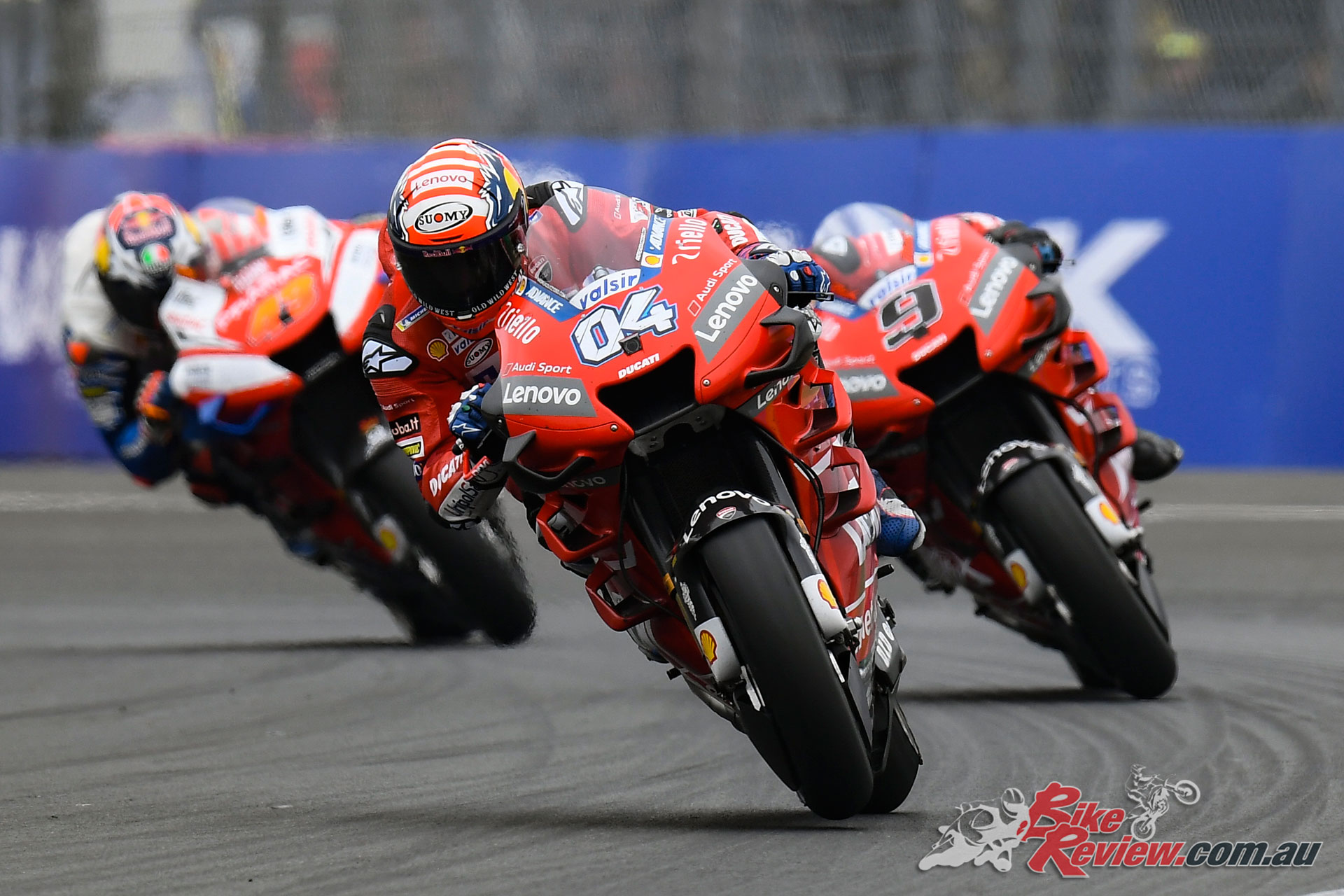 The Italian has a lot more points at this stage in the season than he had last year and the year before, so Marquez’s form aside, it makes for good reading. But can he cut his seven point deficit to the number 93’s Championship-topping 95 points? And can and will teammate Danilo Petrucci, on the podium in factory colours for the first time in France, get in the battle too?

There’s also Jack Miller (Pramac Racing) to consider. The Australian made Marquez work for it in the early stages at Le Mans and has been one to watch so far this season. With the bike underneath him, can he be another weapon in Borgo Panigale’s armoury? And likewise can wildcard and test rider Michele Pirro, who also makes his 100th Grand Prix start this weekend? 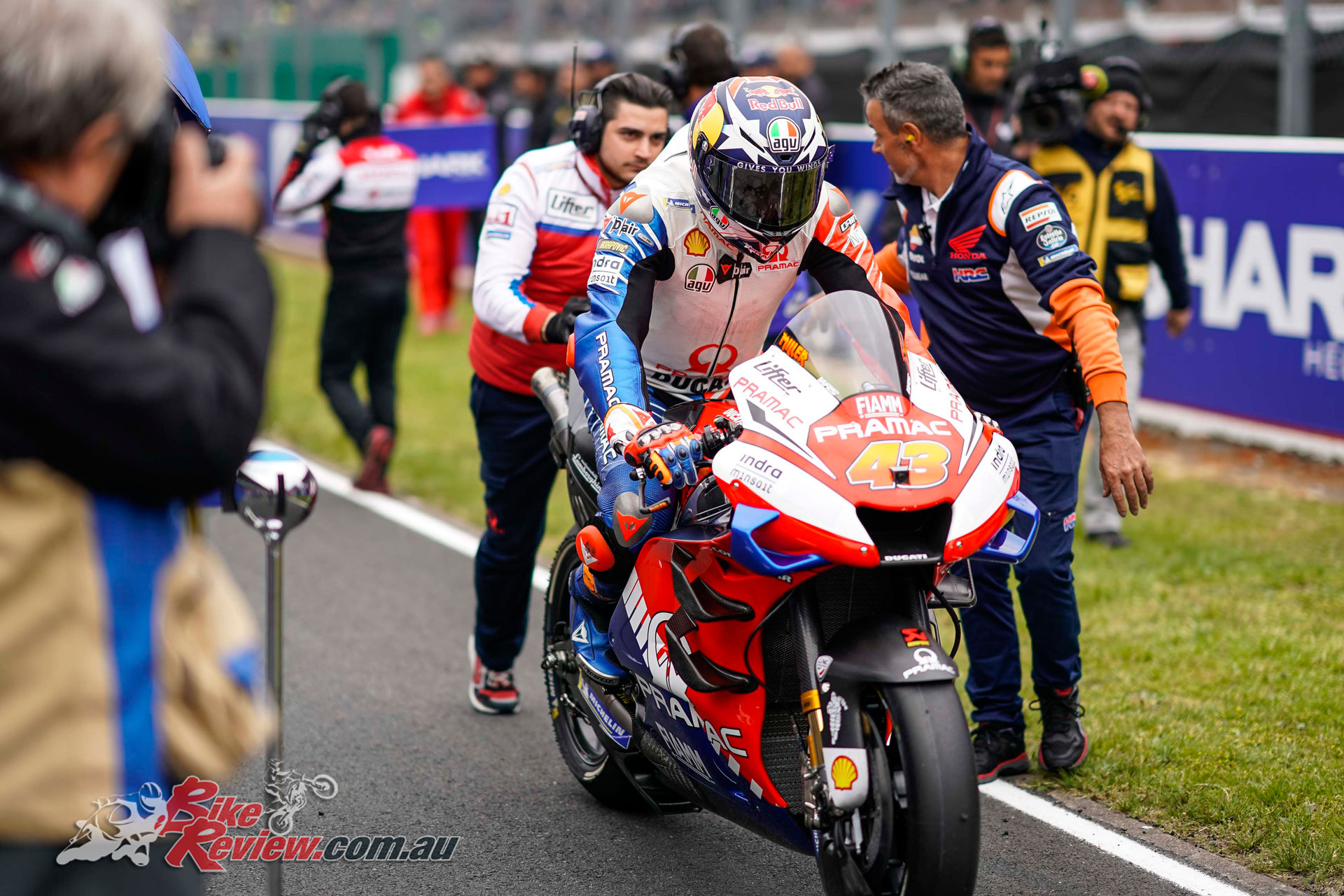 Behind the Ducati-riding army and Rossi, there are many more lining up to get in the fight too. Maverick Viñales (Monster Energy Yamaha MotoGP) showed serious speed at times in France, and, of course, man of the moment Fabio Quartararo (Petronas Yamaha SRT) has already proven he’s not a flash in the pan. Despite a tough start at his home race, the Frenchman had Marquez pace. If the cards fall differently in Mugello, can he convert that speed into a podium? Or will teammate and home turf contender Franco Morbidelli get ahead? 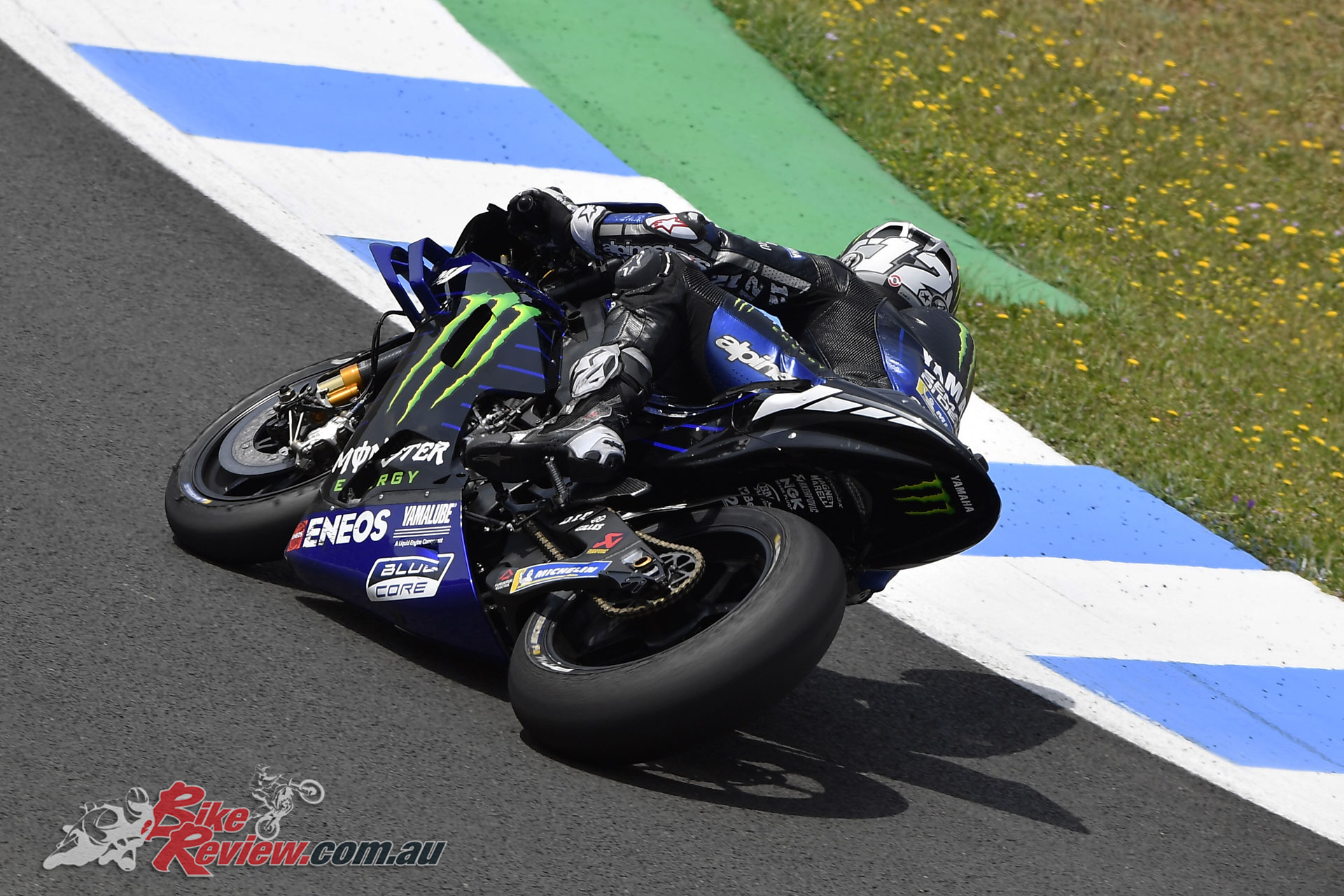 Alex Rins (Team Suzuki Ecstar), meanwhile, remains third in the standings despite his tough French Grand Prix. It never quite came together for the Hamamatsu factory there, so Mugello needs to be a turnaround if Rins is to continue to charge in the Championship. That’s also true for compatriot Jorge Lorenzo (Repsol Honda Team) after he suffered another tough round. 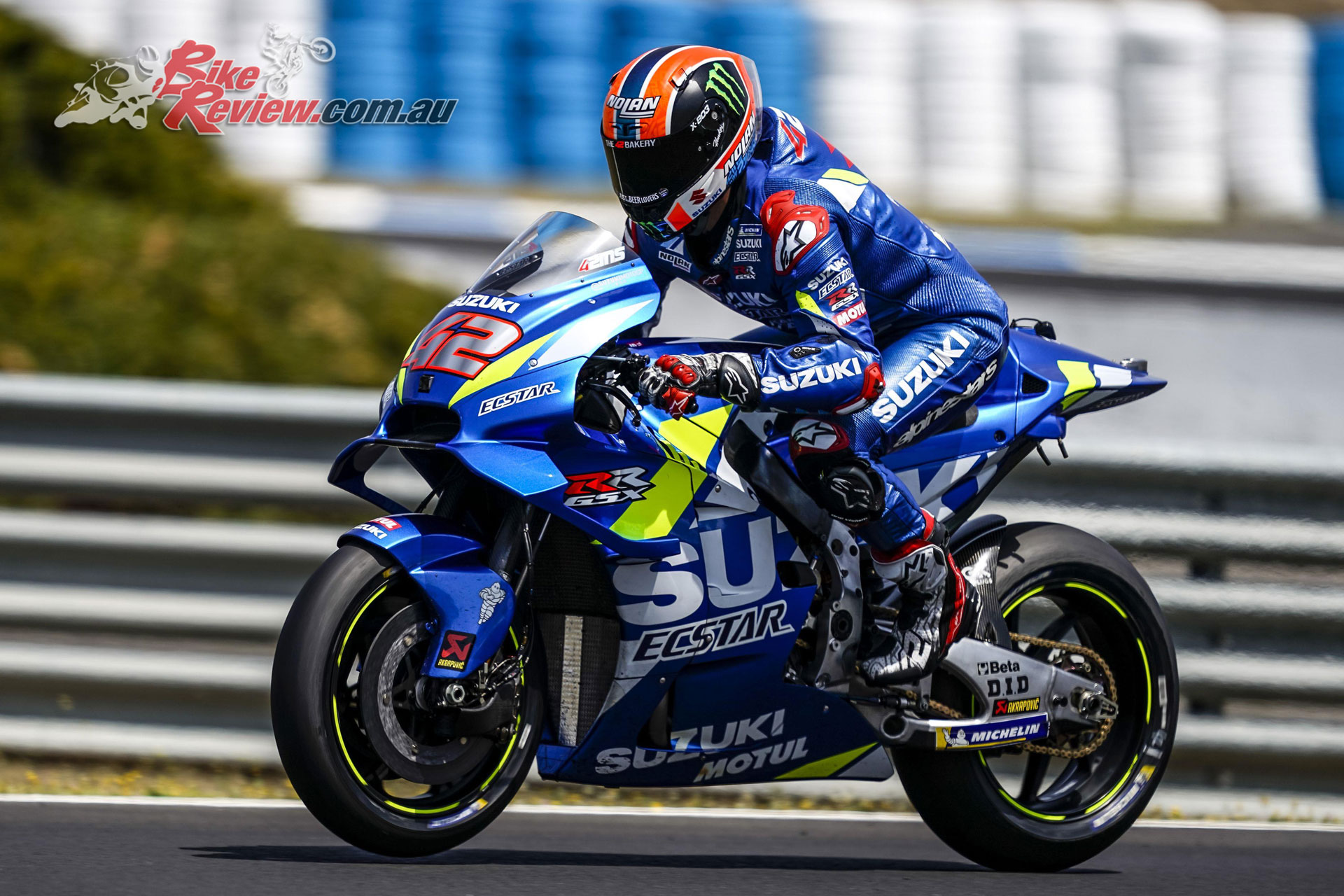 There were encouraging signs for the five-time World Champion there though and he’s gaining experience every weekend, and now we’re into a run of venues that have all been Lorenzo’s Land – Mugello most recently last season as he took his first win in red. That adds to five more, making the 99’s record at the track the most enviable. A good place to start a challenge further forward and, if he can echo his 250cc days, a good place for a return of the king. 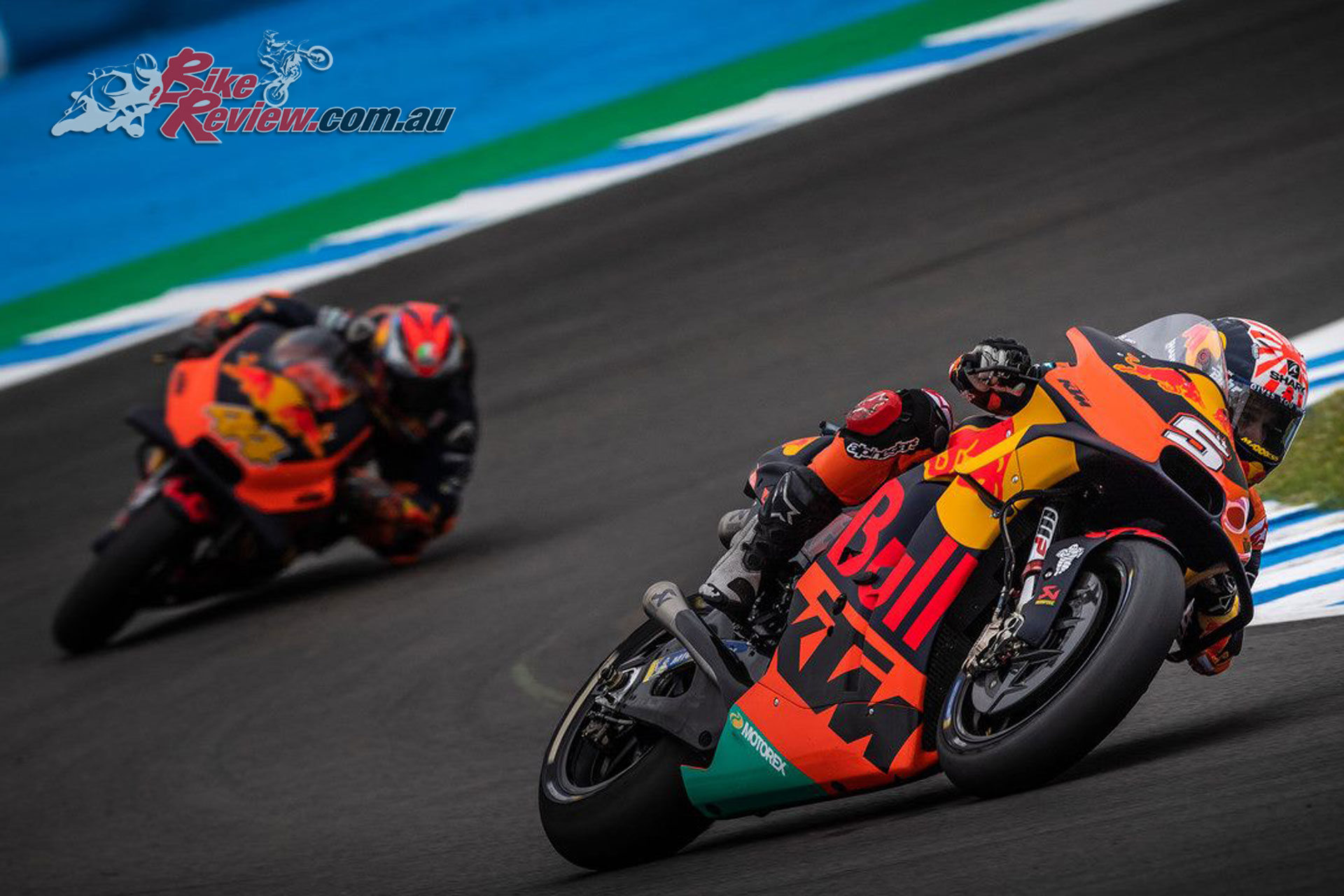 Red Bull KTM Factory Racing’s Johann Zarco is looking for a similar step forward too, although the Austrian factory more broadly had a top weekend at Le Mans. Pol Espargaro took an awesome P6 for the factory team, in the dry and with nothing else tipping the scales his way, and all KTMs scored points. They’ll want more and Mugello will be an interesting one as home team Aprilia Racing Team Gresini push to close the gap in the constructor standings. They’re another gunning for further forward and that home turf boost will see many cheering for the Noale factory.

Mugello, in all its glory, awaits. Will Marquez’ form be enough to see him take another win? Or does the venue – and the awe-inspiring crowd – leave the likes of Dovizioso and Rossi walking a little taller into the Tuscan track? The Gran Premio d’Italia Oakley could prove pivotal for those aiming to chase down the reigning Champion and it gets underway on Friday 31st May, with the lights out for racing on Sunday 2nd June.

The Italian has either won or failed to finish so far this season. So will Mugello follow the pattern?
It remains an all-or-nothing season for Championship leader Lorenzo Baldassarri (Flexbox HP 40) as the dust settles after Le Mans, with the Italian suffering a second DNF of the season at another track where he’d struggled in the past. But with three out of three he’s finished being wins, 75 points is enough to keep him on top – and Mugello is somewhere he’s shone. It’s also home turf. 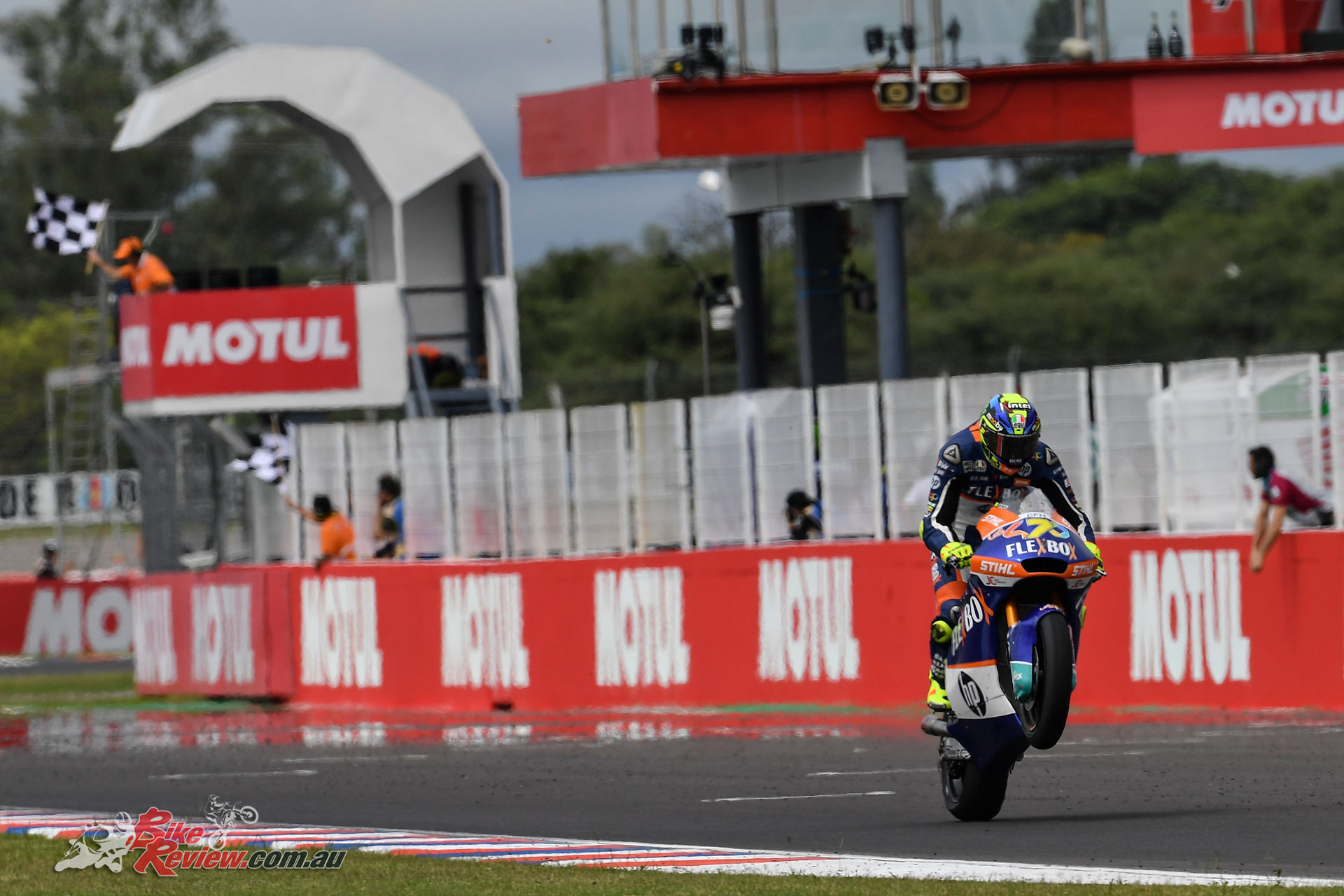 So are the grid to expect Baldassarri straight back at the business end? If Texas was anything to go by, the answer may well be yes. But it’s a deep grid this season and there are plenty who’ll be trying to get in his way. Fellow home heroes Mattia Pasini (Petronas Sprinta Racing) and Luca Marini (Sky Racing Team VR46) are two who share his serious motivation, and Pasini especially could be a serious threat…

The men with some momentum after Le Mans, however, are winner Alex Marquez (EG 0,0 Marc VDS), newcomer to the front Augusto Fernandez (Flexbox HP 40), and Jorge Navarro (MB Conveyors Speed Up). Navarro has three podiums in a row now, and he’s chomping at the bit to go one better. Putting all the pieces together to perfection so far, a win can’t be too far away. 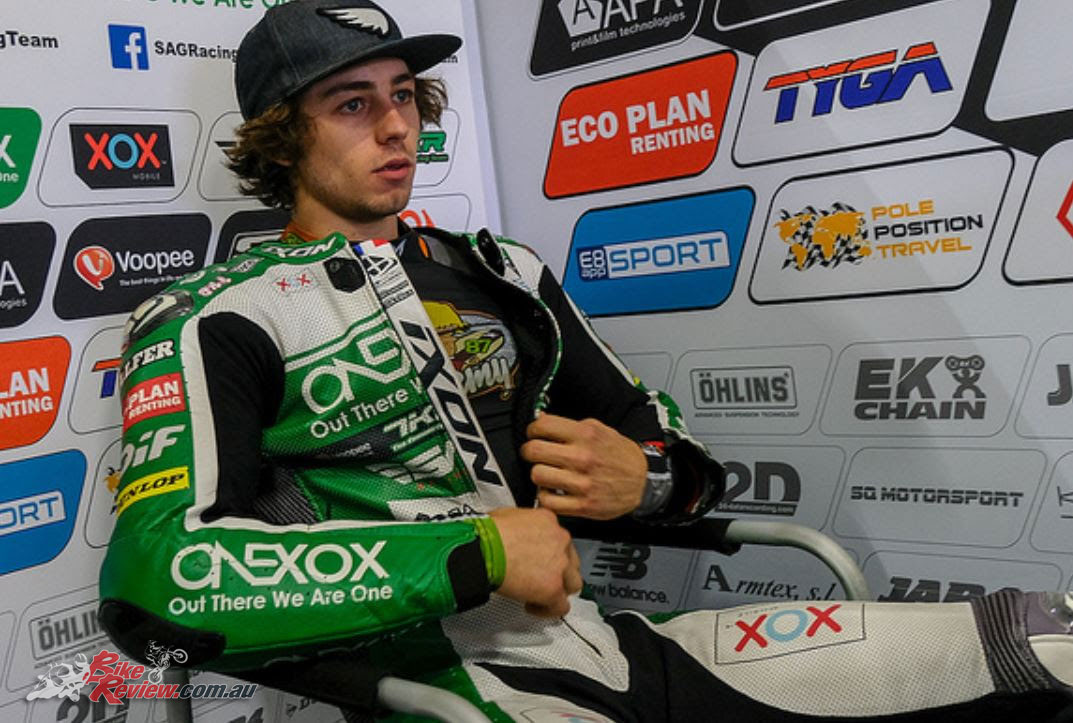 But what of those needing, like Baldassarri, a bounce back? Tom Lüthi (Dynavolt Intact GP) may have made some points gains in France but it wasn’t as much as he would have wanted after a tougher race, teammate Marcel Schrötter wants more, and early season pace man Remy Gardner (ONEXOX TKKR SAG Team) has had two DNFs in a row…leaving him equal on points with Brad Binder (Red Bull KTM Ajo) as the South African starts to find some more traction for KTM.

Will Baldassarri reign the stunning Tuscan scenery of Mugello and make it a fourth win of the year? Can Marini give the home crowd more to cheer about? Or will the Spaniards, Australians, South Africans fight back? Find out on Sunday 2nd June.

Are Moto3 ready for slipstream city at Mugello?

Records broken, five riders wide into Turn 1, thousandths deciding the podium…that’s what Moto3 have to expect from the Gran Premio d’Italia Oakley. Every season, it’s one of the most spectacular events on the calendar as the long, long main straight sees the masters of slipstreaming shuffle the order lap after lap. 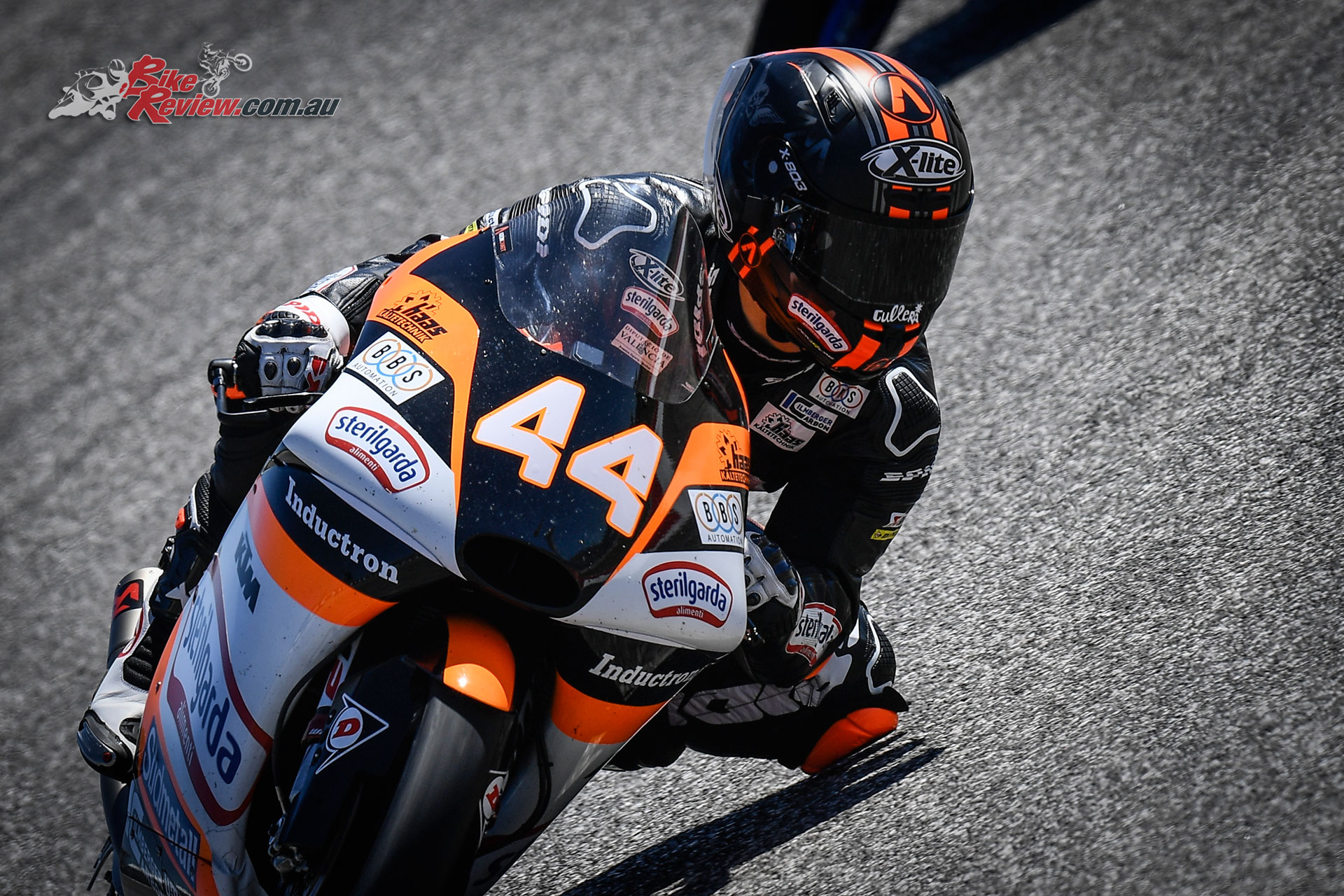 Last year’s podium have all graduated to Moto2, and the top finisher from 2018 was Gabriel Rodrigo (Kömmerling Gresini Moto3) so he’ll want to fill the void left behind. After a tougher season than expected so far now would be a good time to begin the charge – and it would be a good time for the likes of Jaume Masia (Bester Capital Dubai) and Kaito Toba (Honda Team Asia) to flip their luck, but they’ll have some serious company.

Championship leader Aron Canet (Sterilgarda Max Racing Team) must be pencilled in as a favourite and for his team it’s also a home race, but key rival in the standings Lorenzo Dalla Porta (Leopard Racing) will be gunning for home glory. SIC58 Squadra Corse also race at home as a team and Tatsuki Suzuki is a man on the pace as late, but a lot of home hearts will be set on teammate Niccolo Antonelli on the other side of a garage; a home favourite and Grand Prix winner.

The list of Italians goes on: Andrea Migno (Bester Capital Dubai) is another – and a former winner at Mugello – and Celestino Vietti (Sky Racing Team VR46), top rookie as it stands, could well be up in the mix, as could Tony Arbolino (VNE Snipers). 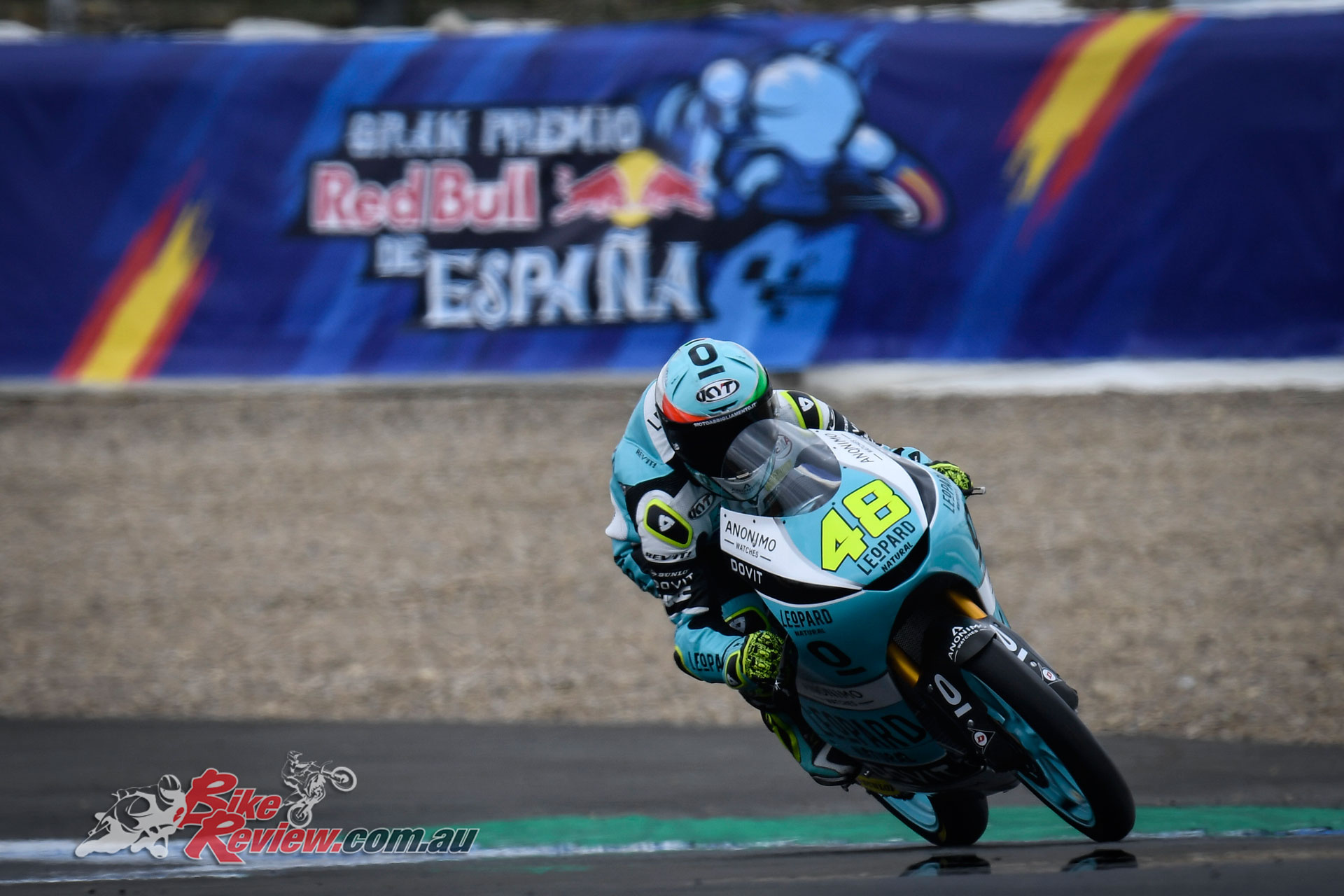 And what of his teammate Romano Fenati? It’s been a tough year so far but the veteran has some serious form at Mugello having taken his second win there. Will the home crowd will them to glory? Or can Le Mans winner John McPhee (Petronas Sprinta Racing) join the likes of Rodrigo and Toba on a charge to stop them?

The secret to Mugello Moto3 glory is being in the right place at the right time. Who will reign slipstream city in 2019? Find out in the Gran Premio d’Italia Oakley from the 31st May to 2nd June.