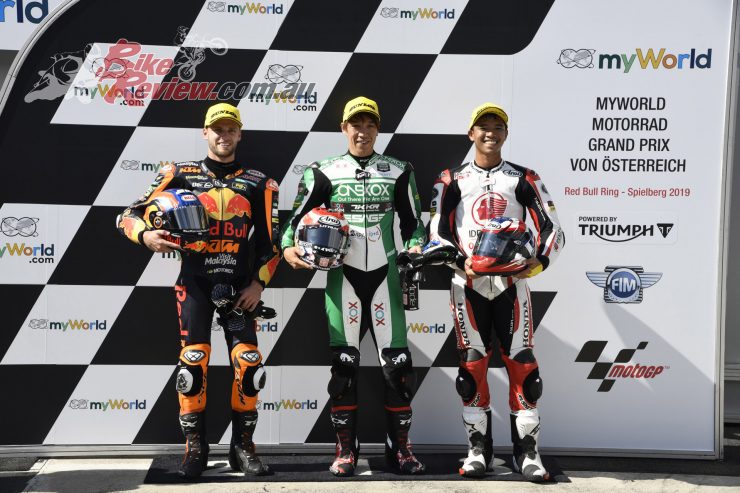 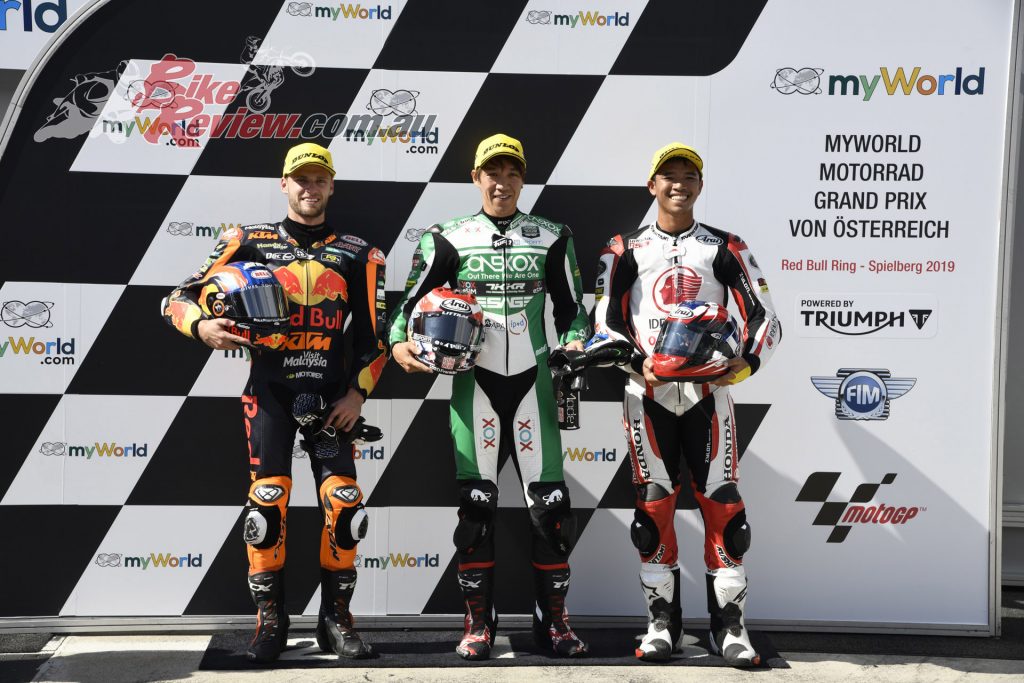 The forecast storm stayed away as sunny skies greeted the intermediate class riders for Q1 and Q2 at the Red Bull Ring, and we were to witness a few surprises. It was no surprise to see the likes of Iker Lecuona (American Racing KTM) and Luca Marini (SKY Racing Team VR46) come through the first part of qualifying though as 18 riders got set to battle it out for pole position.

Immediately it was Binder who was setting the pace as the South African set about trying to give KTM a home GP pole, but Nagashima had been quick all weekend and the Japanese rider wasn’t messing about in Q2 – taking provisional pole on his third flying lap as Chantra slammed in a lap good enough for provisional P3. But what could Championship leader Alex Marquez (EG 0,0 Marc VDS) do? The Spaniard was on the fringes of the top ten and went up into fifth, but his lap time was cancelled for exceeding track limits as the field struggled to go quicker than their early benchmark laps.

So did Nagashima, Binder and Chantra have the front row covered? They did. Tom Lüthi (Dynavolt Intact GP) was just over a tenth off at the third split but would slot into fourth before being demoted to fifth by top rookie Enea Bastianini (Italtrans Racing Team), with Lorenzo Baldassarri (FlexBox HP 40) completing Row 2. 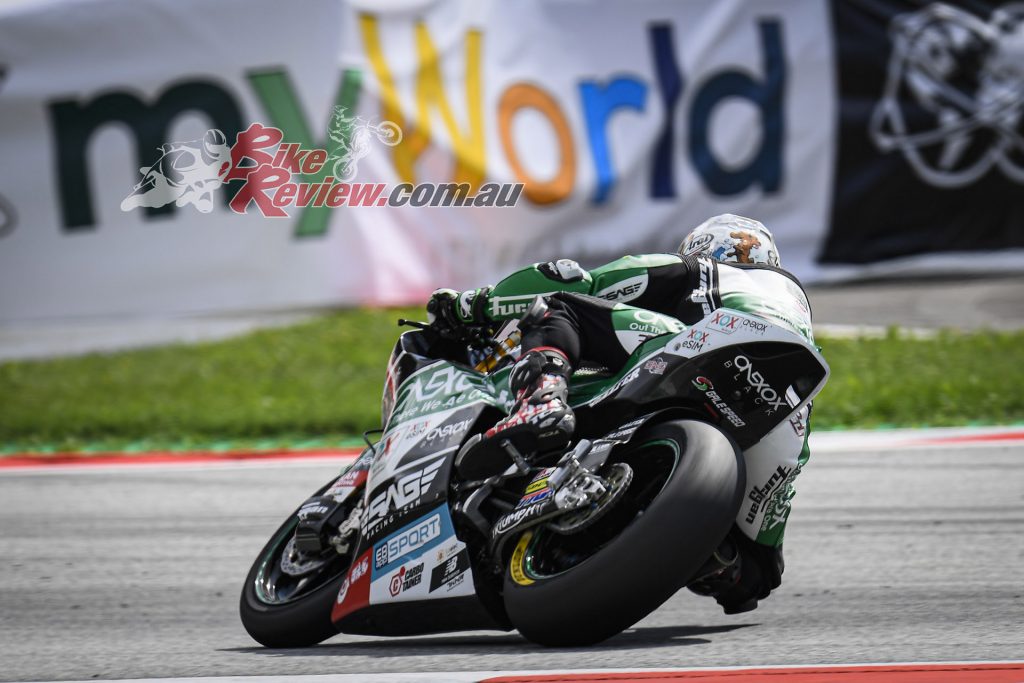 Marquez, meanwhile, has plenty to do from P11 on the grid as he ended up just 0.008 behind Marini. The number 73 has a 33-point lead but will be gunning to move through quickly on Sunday, as will the men around him: rookie Jorge Martin starts 12th for Red Bull KTM Ajo at their home race, ahead of Augusto Fernandez (Flexbox HP 40) and Iker Lecuona (American Racing KTM). Mattia Pasini (Tasca Racing Scuderia Moto2) completed the top 15, just ahead of Marcel Schrötter (Dynavolt Intact GP), who starts P16 and will be looking for more on Sunday, too.