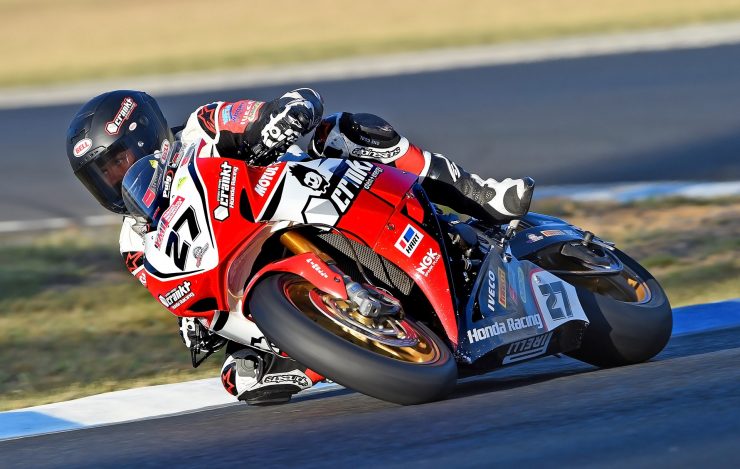 It was a fairy tale weekend for Crankt Protein Honda Racing Team’s Troy Herfoss at Round 5 of the Australian Superbike Championship at Morgan Park Raceway, while Jamie Stauffer also impressed with top five results at the penultimate round of racing.

With the Australian Superbike series reaching the pointy end of the championship, the Crankt Protein Honda Racing Team headed in to round five with the hope to close in on their competitors, and snatch up valuable championship points, and with Herfoss collecting a flawless two race wins, that’s exactly what they did. 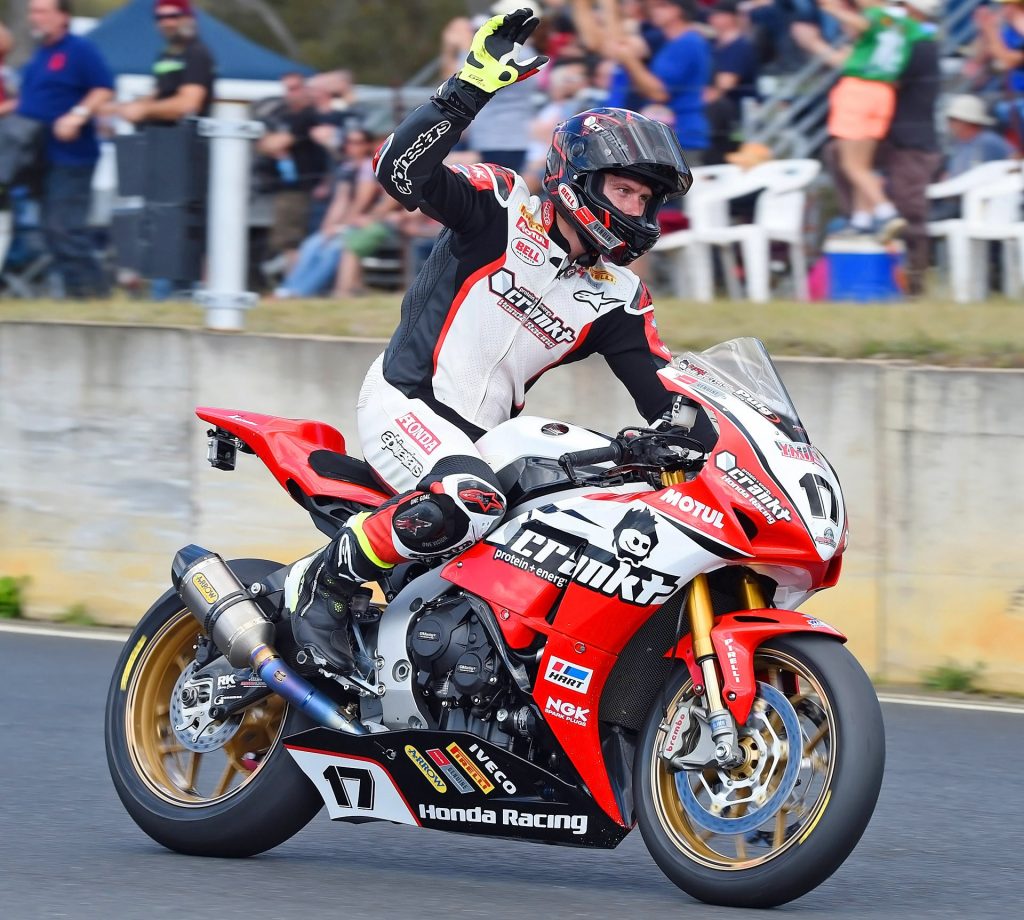 From the minute Herfoss hit the track at Morgan Park for practice on Friday, he was simply unstoppable, and by the time qualifying and Pirelli Superpole took place on Saturday, Herfoss became the only rider to break in to the 1:13’s with a record best lap of 1:13.826, handing himself and the team with Pole position.

When racing kicked off at Morgan Park today, Herfoss led both races from the minute he left the grid, taking the race one win by 3.748 seconds, while in the second race Herfoss won again by 3.202 seconds, going undefeated for the first time in his career and wrapping up round five on the top step of the podium.

“I can’t really describe the feeling I have right now. I’ve been racing a long time but to get a perfect weekend like we have is just so cool,” Herfoss shared.

“Even eating my lunch today, I carried the porridge from the microwave, dropped it, it did three little flips and then landed perfectly, so I knew it was my day.

“Every lap on the track today I felt so good, and the Pirelli tyres were fantastic out there. I keep saying it, but the team has worked so hard on this bike, and even though it’s older it really is just so nice to ride. 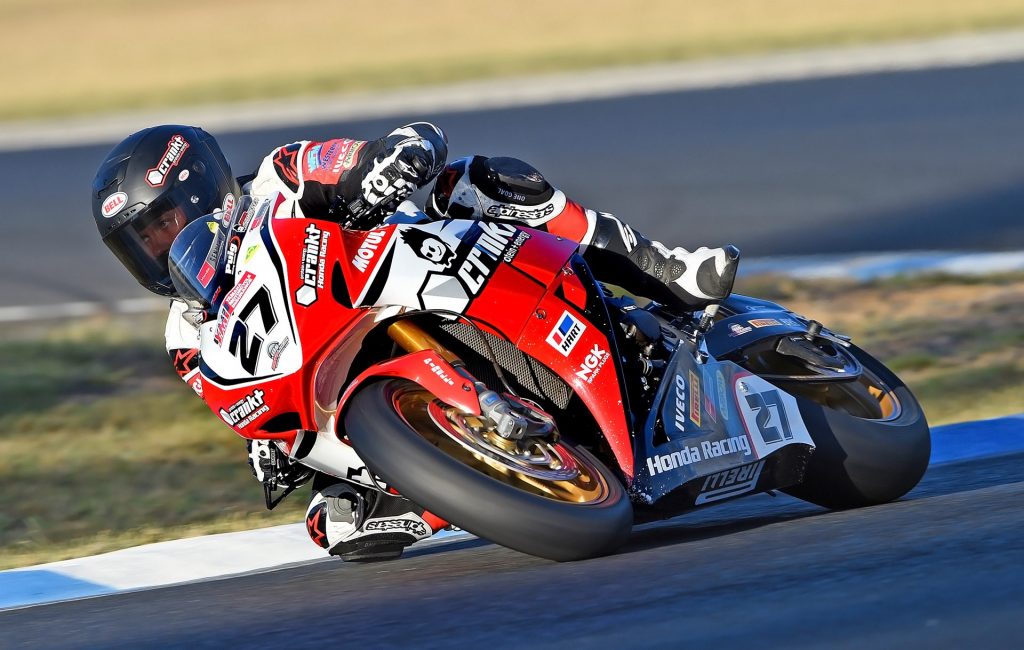 “Now I know we’re going to Winton with a really good chance of winning, so I definitely needed these extra points this weekend and the hard work has certainly paid off.”

The success for the Crankt Protein Honda Racing Team at Morgan Park also flowed on to Herfoss’s teammate, with Stauffer also taking part in Superpole and steering his CBR1000RRSP Honda machine to the sixth fastest time (1:14.802), before taking fifth in race one and sixth in race two, to conclude the round in fifth overall.

“It was a really positive day for us as a team, to see Troy come away with the round win and go undefeated was cool and I also made some progress myself,” Stauffer shared.

“Fifth and sixth place finishes is not exactly where we want to be, but with having injuries earlier in the year and a lot of time off the bike, it’s a step in the right direction.

“We only have one round of racing left now, so at Winton we’ll be doing the best we can to put both of the Hondas on the podium.”

“It’s been a fantastic weekend for us as a team, we knew what we wanted to achieve at Morgan Park, but Troy’s sheer pace today even shocked me,” Free shared.

“After our results back in Western Australia, we asked Pirelli for some additional support, and what they have provided us with has completely transformed our motorcycle, and has ultimately given us another shot at the Superbike championship.

“Now that our CBR1000RRSP is matched with this new Pirelli tyre, myself and the team are all very excited about what the future holds and we’re all looking forward to getting to Winton.” 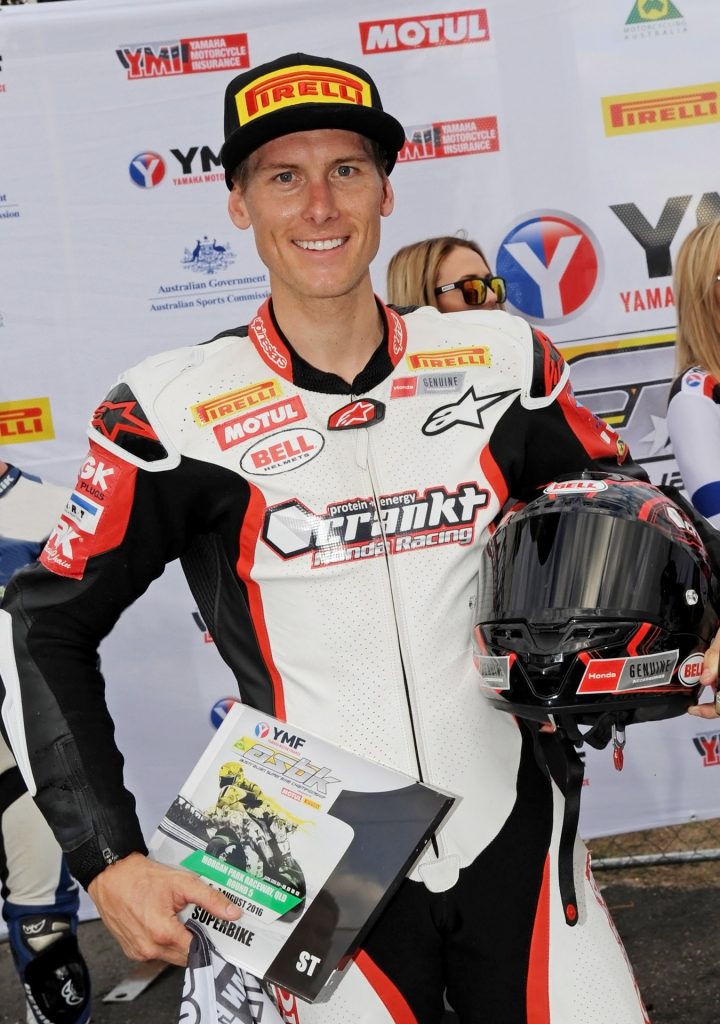 The Crankt Protein Honda Racing Team’s next outing will be at Round 6, the final round of the 2016 Australian Superbike Championship presented by Motul Pirelli at Winton, from September 30 – October 2.

For more information on the ASBK Championship head to www.asbk.com.au.