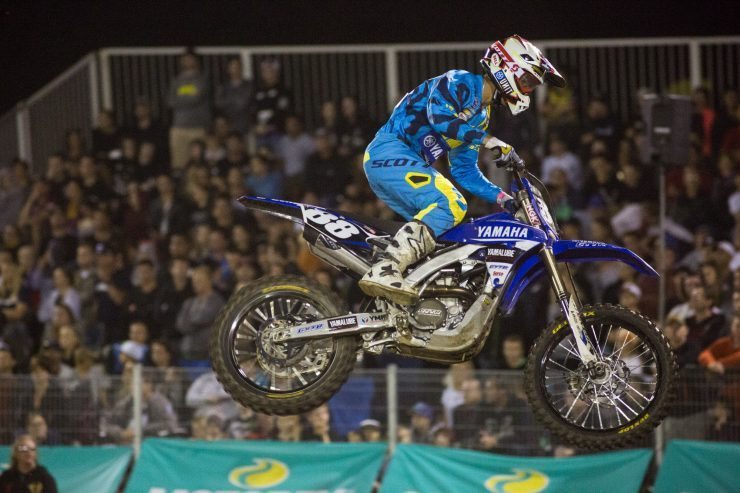 Jordan Hill rode well for ninth in his SX2 debut

The Yamalube Yamaha Racing team racers of Jordan Hill and Mitch Evans made an encouraging start at the opening round of the Australian Supercross Championship with both riders making their debut in the SX2 category and showing they will be a force to be reckoned with as the championship progresses.

Both riders have stepped up to the SX2 class for this years’ championship and more than held their own against the established Australian and international riders in front of a huge crowd at the Jimboomba-X Stadium on Saturday Night. 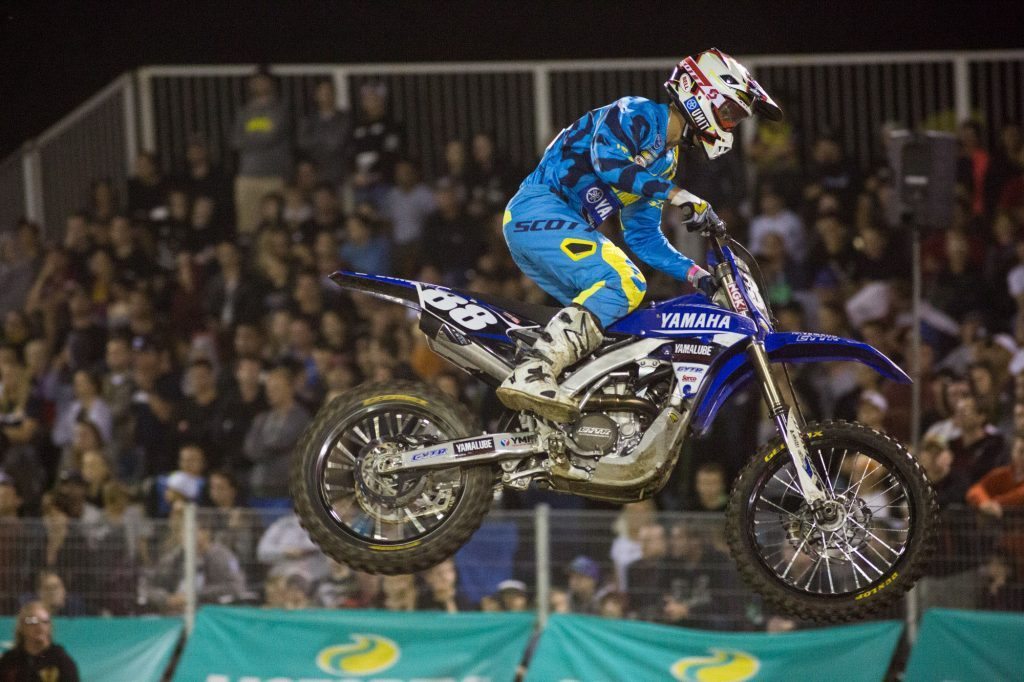 Jordan Hill rode well for ninth in his SX2 debut

Jordan Hill finished the night in ninth place and rode well throughout the 15 lap main event. He mistimed the start and was towards the tail of the field on the opening lap made moved his way forward to finish ninth and within sight of the riders directly ahead of him.

“My goal tonight was to finish inside the top 10 and I was able to do that which is good. Racing in a field with this many quality riders is a bit of an eye opener and the intensity in the first few laps caught me by surprise as bikes and riders were going everywhere and in every corner I saw front wheels coming at me.

“I managed to get through but I now know that I need to get up to race speed faster and also be a lot more aware of what is going on around me as you can easily lose several positions in one corner if you aren’t thinking.

“Thank you to the Yamalube Yamaha Team for their hard work over the last month in getting prepared for supercross and hopefully we can continue to improve the results as the championship goes along,” Hill said. 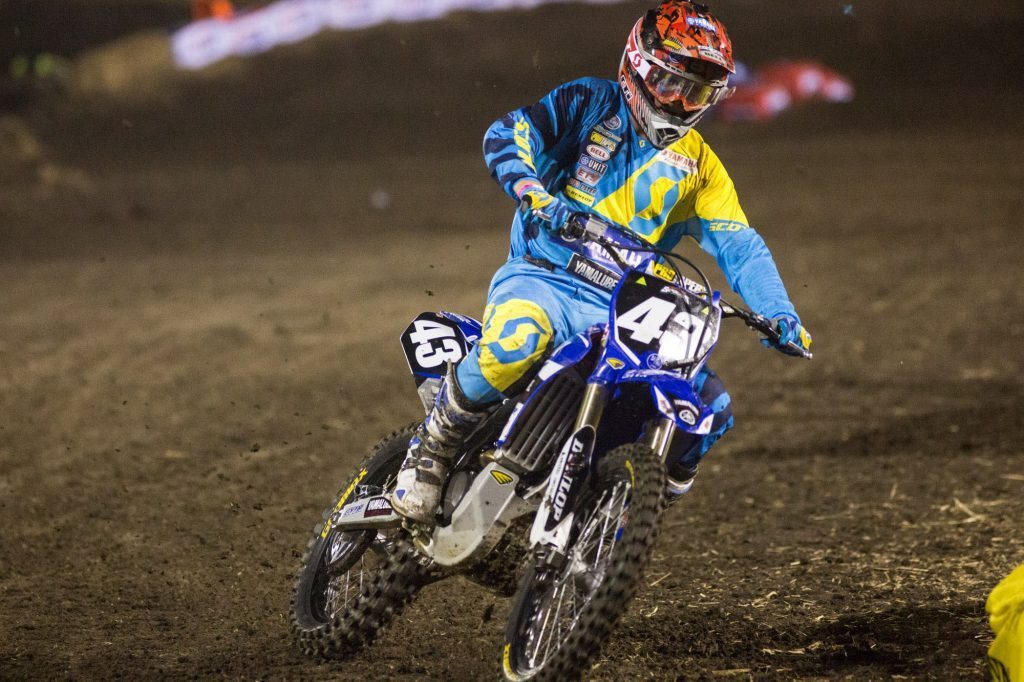 Mitch Evans showed plenty of speed but fell during the main event.

For Mitch Evans, the 2015 SXD (under 19) champion, it was a bitter sweet night that promised a lot but was undone by a heavy fall during the main event.

Evans showed the field that he has the speed to run near the front when he qualified in fifth place and matched the speed of the big name riders.

In the main event, Evans was inside the top 10 and beginning to move forward when he got sideways just before take-off in a tricky jump section and went down hard. The impact took the wind out of him and he was slow to return to his bike but to his credit, he rejoined the race a few laps down and then hooked in behind the leaders to watch and learn.

He was credited with a 16th place finish.

“It didn’t end the way I wanted it to but I did gain a lot of confidence in knowing that I can run with the lead guys and be challenging for podium positions based on how things went tonight.

“My preparation for round one hasn’t been great as my school commitment have been pretty heavy lately, but we are on holidays now so I will be able to dedicate more time to riding and training and go after a better result at round two.”

To follow the Yamalube Yamaha Racing team on social media;www.facebook.com/YamalubeYamahaRacing or @yamalube_yamaha_racing