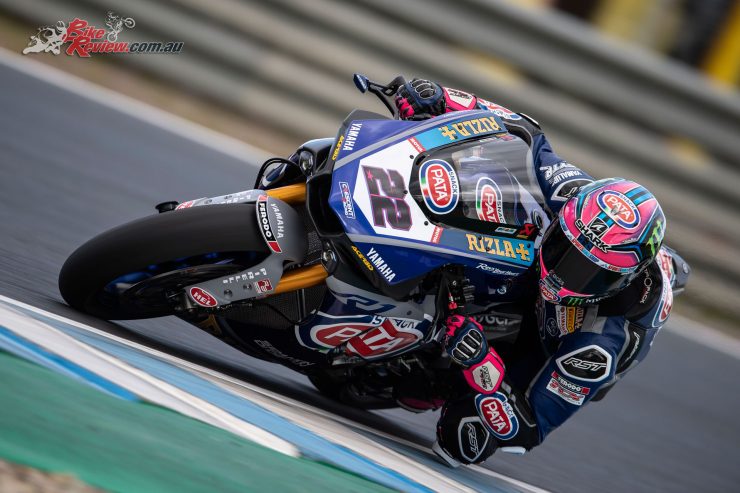 The two-day test comes to an end at Circuito de Jerez Ángel Nieto with reigning World Champion Jonathan Rea back at the top of the charts, while Alex Lowes claimed runner up position, having lead the first day of testing.

Sun shone down on the final day of testing at the Spanish circuit of Jerez, where the MOTUL FIM Superbike World Championship riders were able to continue their final arrangements ahead of the 2019 season opener that will be held in less than a month in Australia. 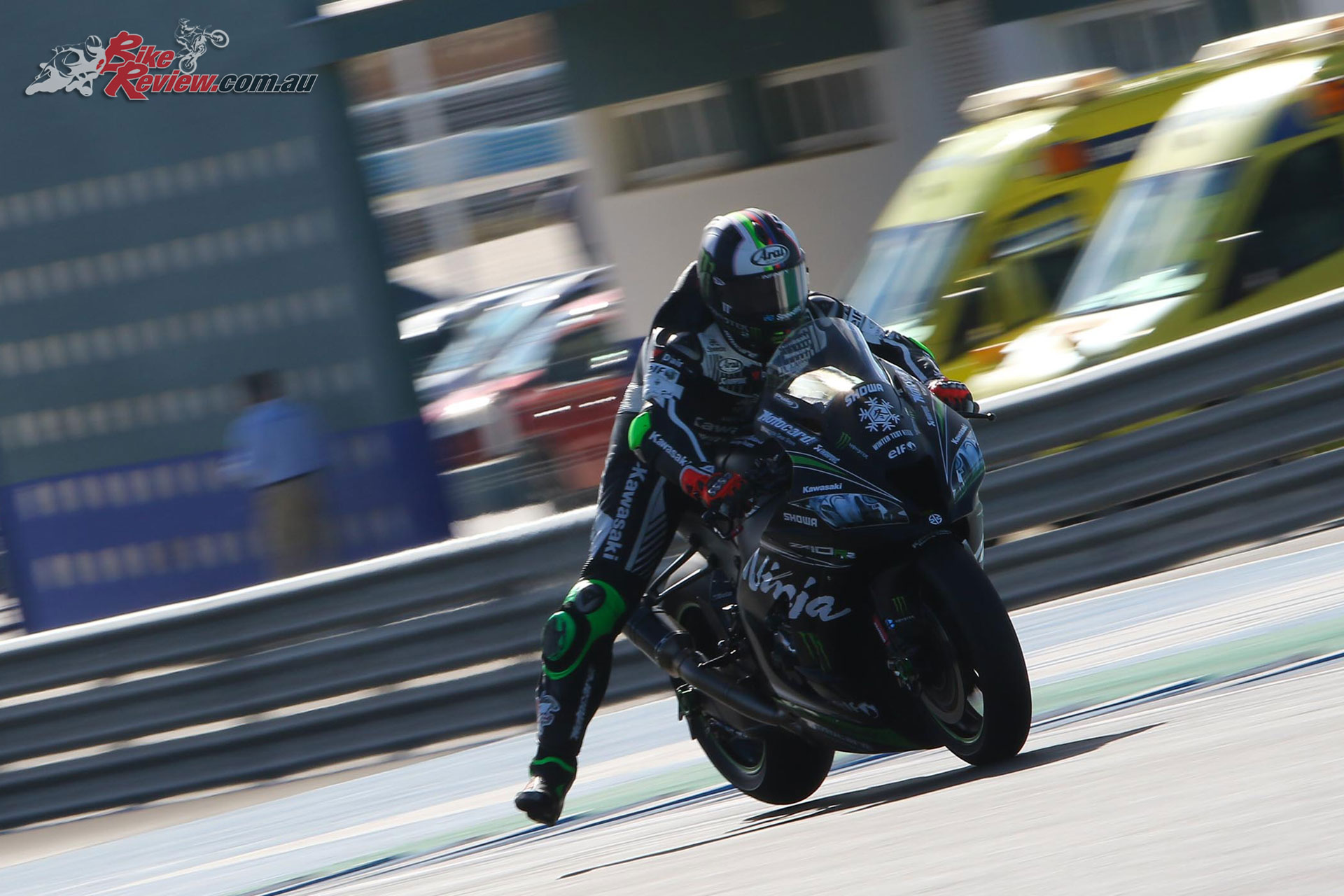 With the temperature being warmer than yesterday day two around Circuito de Jerez Ángel Nieto saw many riders improving their paces and the top ten riders of day closing in less than a second at the front.

Facing some stiff competition from the Yamaha and Ducati rivals, reigning world champion Jonathan Rea (Kawasaki Racing Team WorldSBK) took to the track early this morning working on the small 2019 updates for his ZX-10RR. The four-time world champion didn’t lose any time and, in the end, he was able to return at the top of the timesheets, thanks to a fastest lap time in 1’39.160, just a few seconds ahead of the Pata Yamaha WorldSBK rider Alex Lowes. 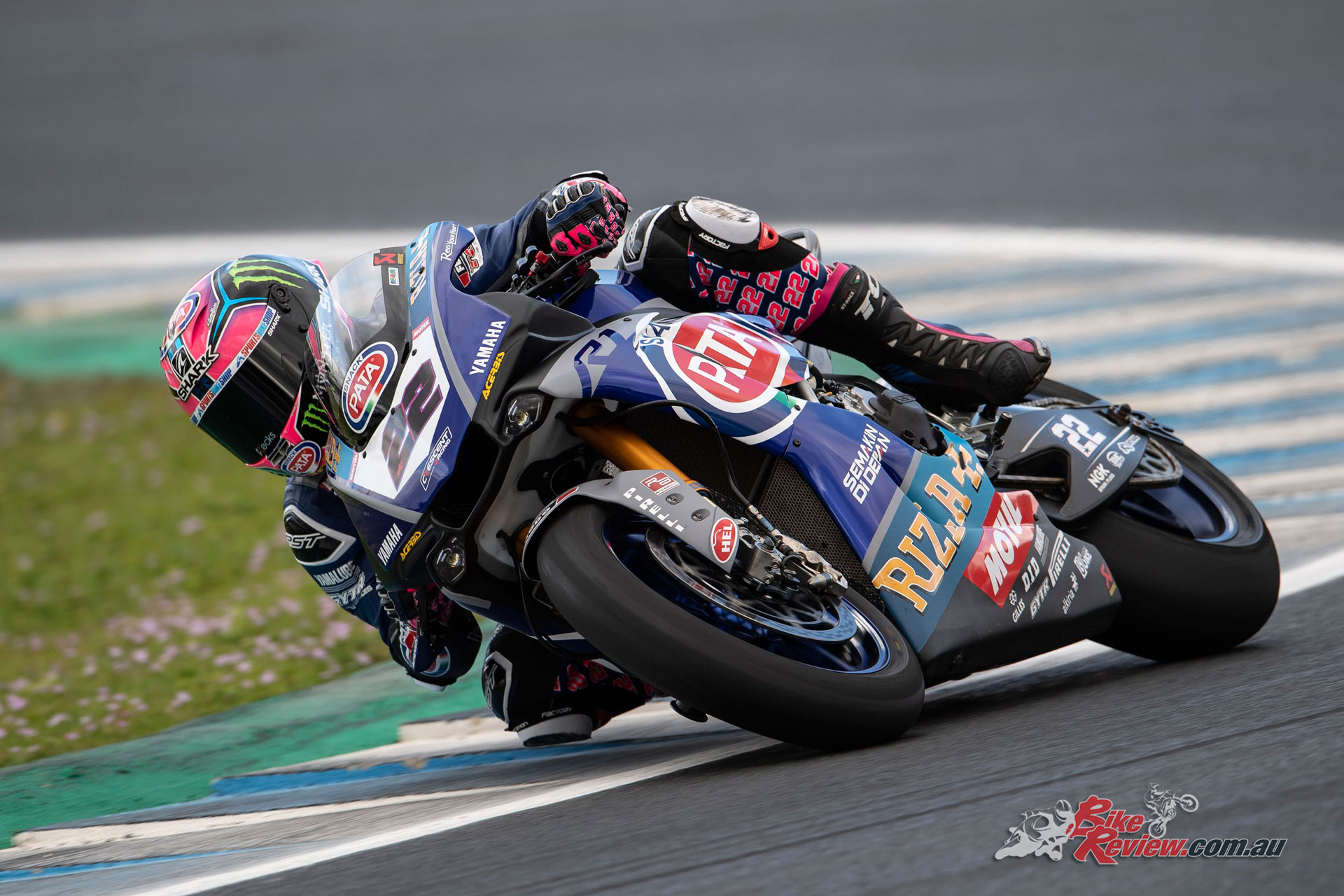 Stunning with his consistency and overall pace during both the two days, Yamaha’s Alex Lowes closed second in 1’39.372 and he continued to make progress with his machine as he completed 102 laps around the Andalusian race track today. 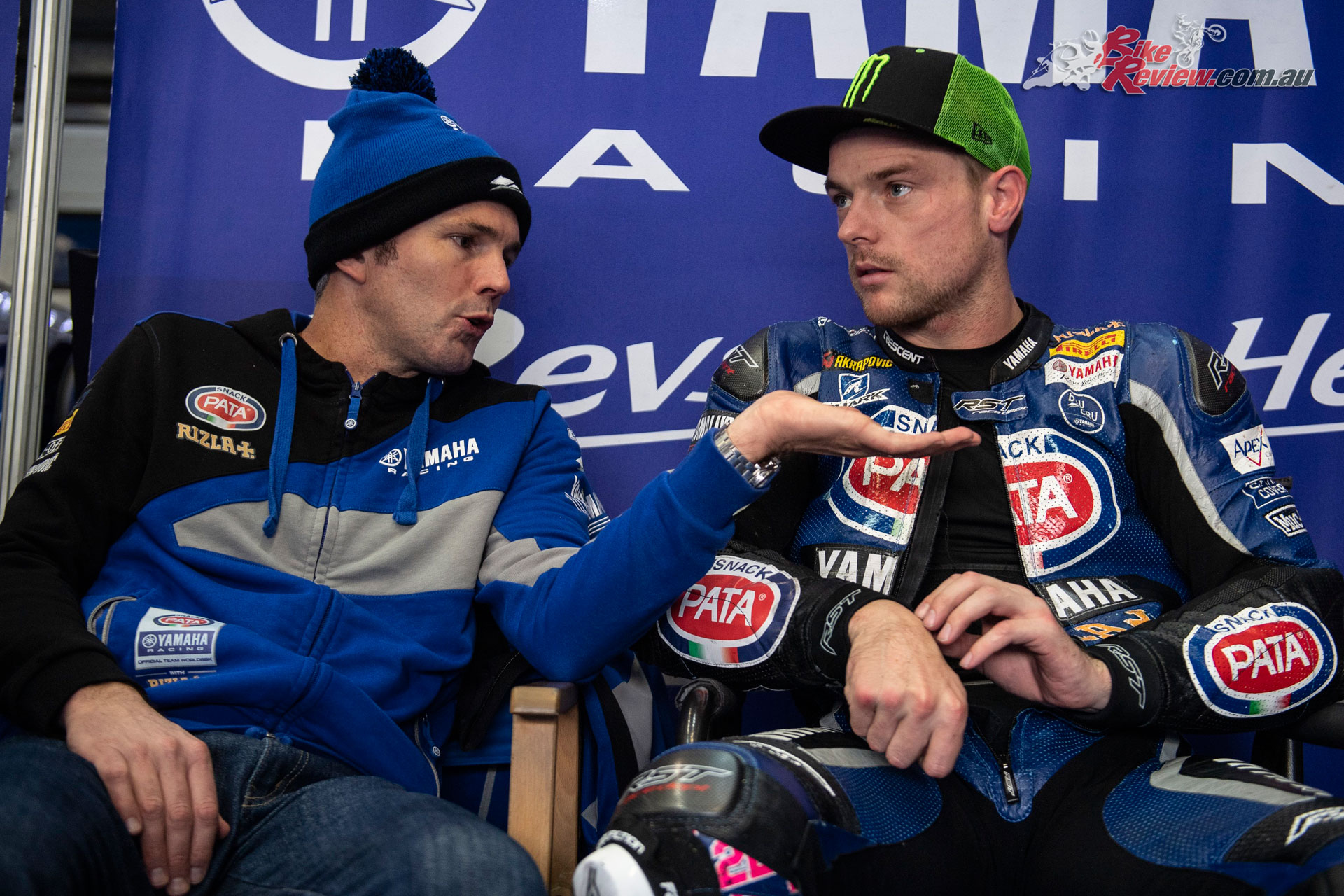 Aussie legend Andrew Pitt is Alex Lowes’ crew chief in 2019, and recently talked about his role, see in the below video:

Working on improving the acceleration of his bike and testing new parts for the YZF R1 machine, his teammate Michael van der Mark closed in seventh position with a fastest lap time of 1’40.145.

Focusing on getting more comfortable on his new bike, Leon Haslam (Kawasaki Racing Team WorldSBK) had a positive two-day test, as he closed also just 0.342 s off his teammate in third position. The British rider was able to be fast on both days, building on his confidence with the ZX-10RR.

Making an important step forward, Alvaro Bautista (Aruba.it Racing – Ducati) brought his Ducati Panigale V4 R in fourth position, closing 0.460 s off Rea’s lap time. The Spaniard had a busy day gathering as much information as possible to work on, and design the best base set-up for their all-new Ducati machine. On the other side of the garage, Chaz Davies sat out on the opening hours of the day and took to the track later in the afternoon putting in only a few laps, closing the day in tenth. 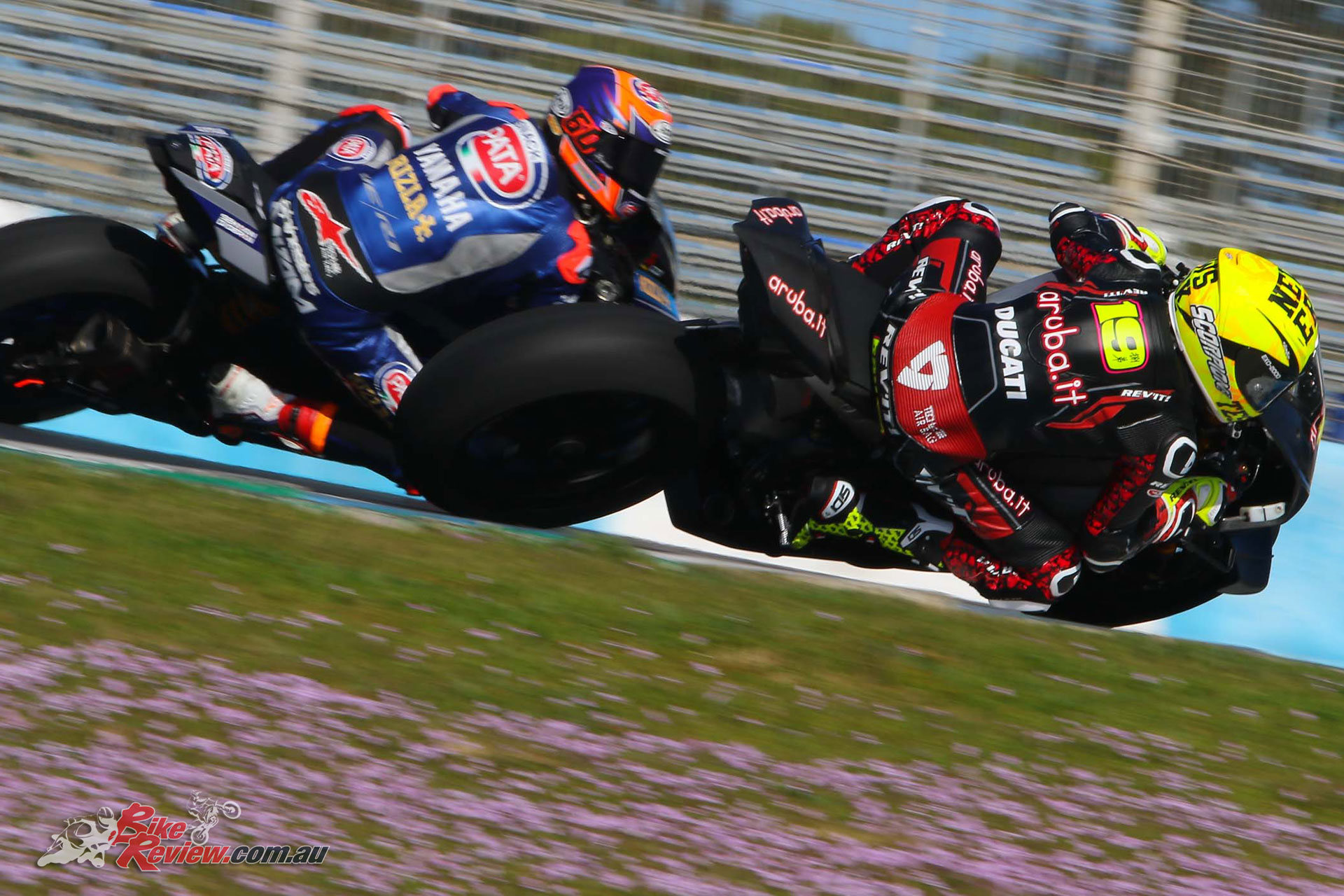 As he was feeling some pain in his back after the crash he had yesterday, Davies decided to take it easy as he aims to be back at his full strength for the next pre-season test that will be held at the end of this week in Portimao. Both independent team riders Michael Rinaldi (BARNI Racing Team) and Eugene Laverty (Team Goeleven), who finished respectively ninth and twelfth, worked alongside their new teams producing valuable feedbacks that will be used also by the factory team to improve their Ducati beast.

Toprak Razgatlioglu (Kawasaki Puccetti Racing) continued to impress, stunning with his performance along the two days. The Turkish rider finished in fifth position, with a fastest lap time in 1’39.942. 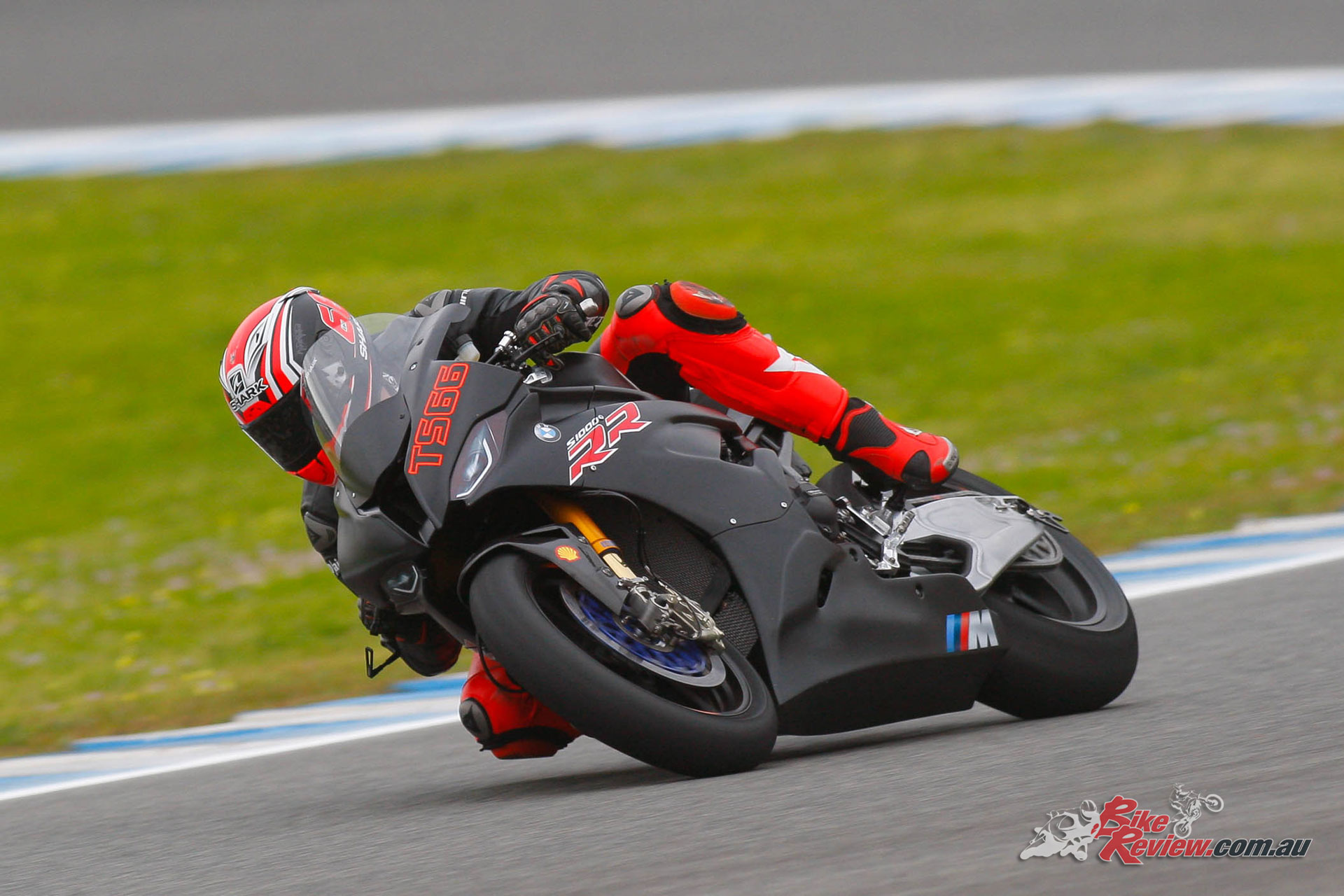 Continuing to work with the new team structure GRT Yamaha WorldSBK rider Marco Melandri had a busy day as he put in a total of 87 laps onboard his Yamaha finishing eighth overall, while his teammate Sandro Cortese had his progression slowed down by a small crash he suffered early in the morning. The German walked away from the accident on his feet but had to wait for his bike to be recovered and repaired before returning to the track in the afternoon and setting the sixth fastest time.

Towards the end of the day, the BWM Motorrad WorldSBK riders Tom Sykes and Markus Reiterberger had their transponders finally recording a few of their lap times. Happy with the progresses made over the two day, they closed respectively in fourteenth and fifteenth position. 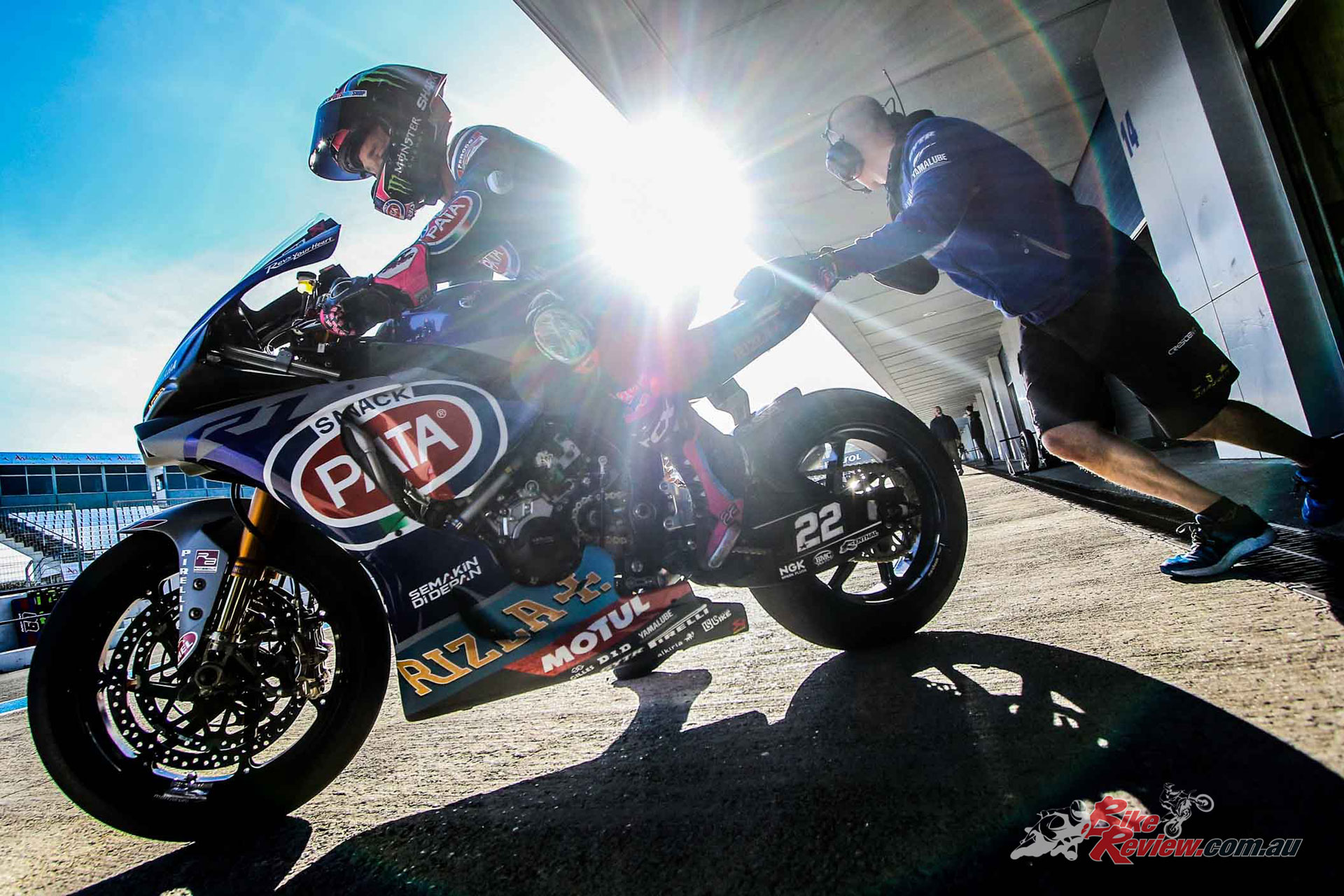 Making her debut in the class, Maria Herrera was also out testing aboard the Yamaha YZF R6 of MS Racing. The Spaniard focused on getting acquainted with the new bike and finished her second day of testing with a fastest lap time in 1’46.957.

Whilst the Jerez Test may have finished some of the WorldSBK and WorldSSP riders who attended the two days will now head down to Portugal for the final pre-season test on European soil from 27th-28th January at Autodromo Internacional do Algarve Portimao before the first round of the 2019 FIM Superbike World Championship season in Australia. 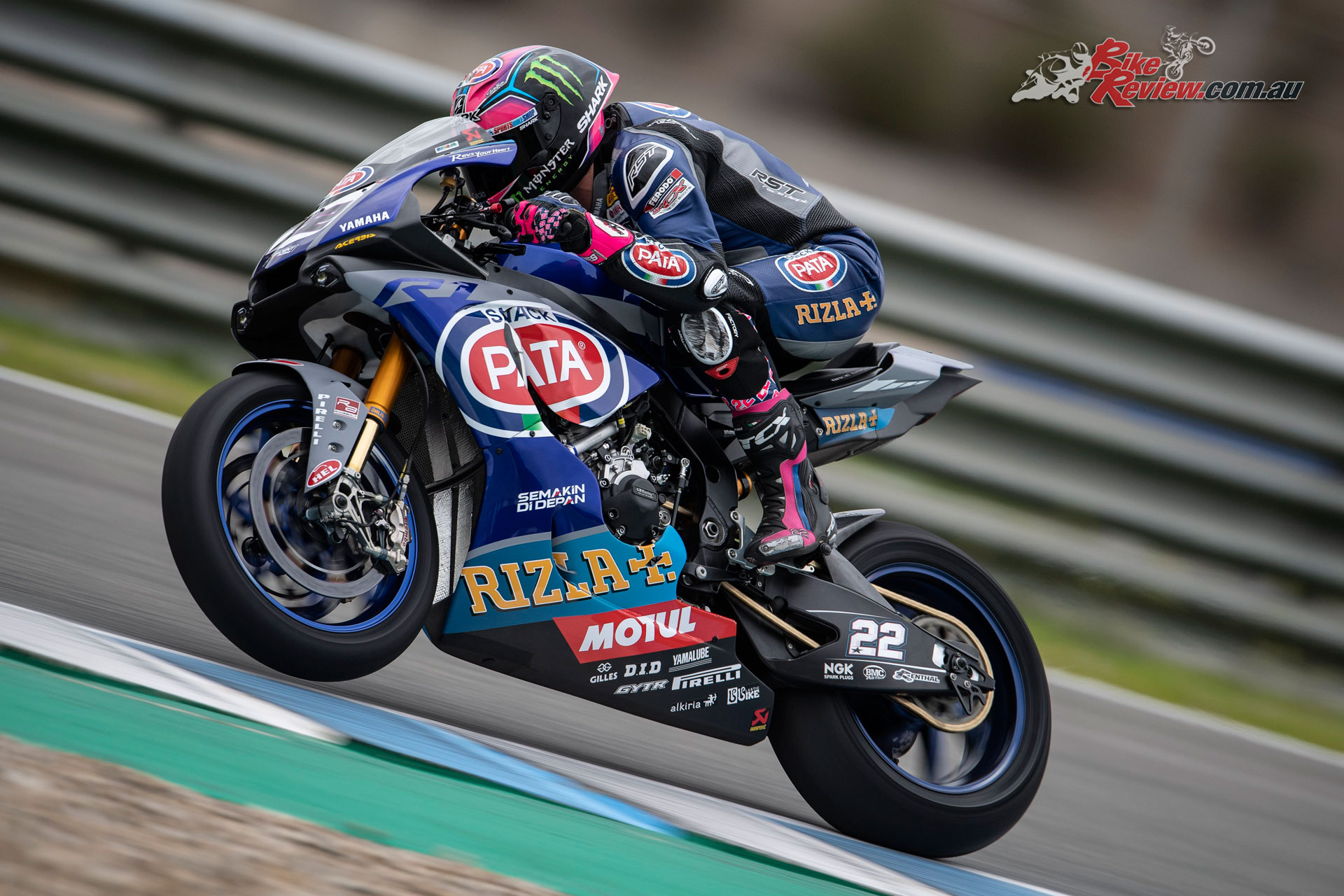