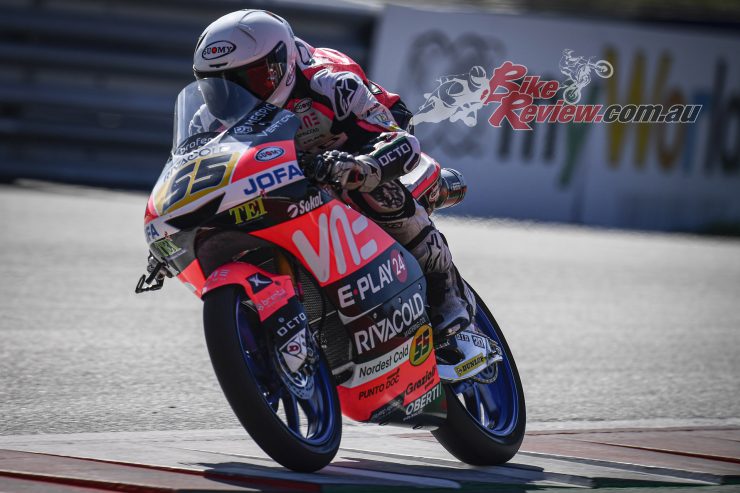 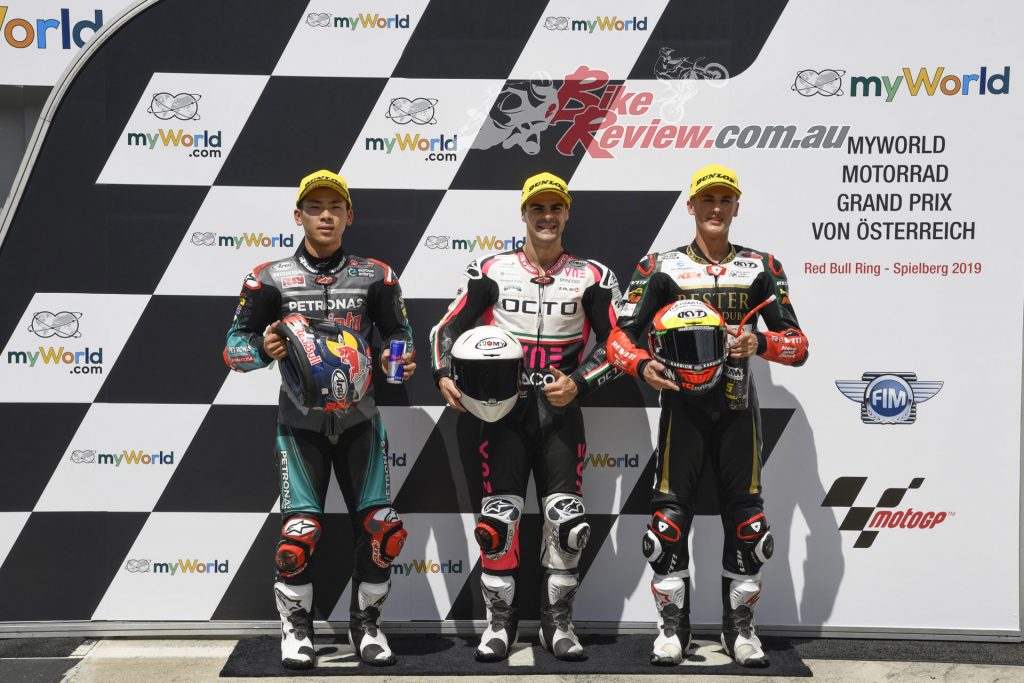 Kaito Toba (Honda Team Asia) was the man on top as the flag flew to signal the end of the session, but from then on a flurry of riders crossed the line at the end of their final flying laps and the pack shuffled. Petronas Sprinta Racing’s John McPhee went it alone and crossed the line first, taking provisional pole position, but the Scotsman would slip down the order when the pack fired through. However, a host of penalties will shuffle starting positions, and it’s McPhee who will start from pole. 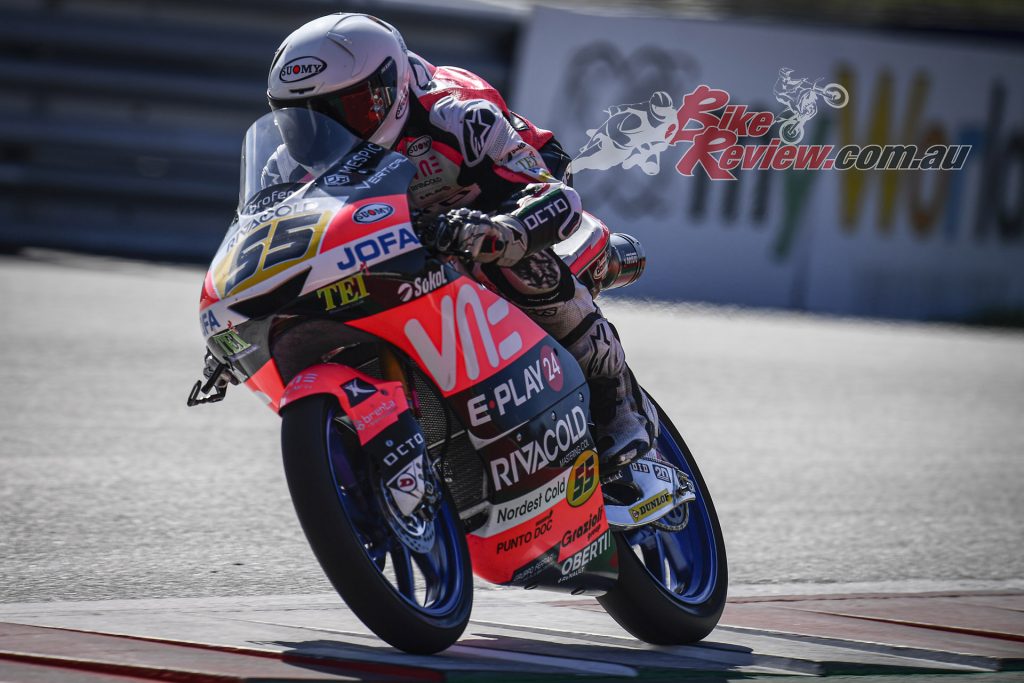 Kornfeil is tenth ahead of Yurchenko and Antonelli, with Canet just behind his key rival in P13. Suzuki and Stefano Nepa (Reale Avintia Arizona 77) complete Row 5 alongside the Championship leader.

Sasaki starts P20, Ogura P22, Rossi P28, Migno P29 and Binder P30. Alonso Lopez will start from pitlane due to his penalty from the Czech GP.