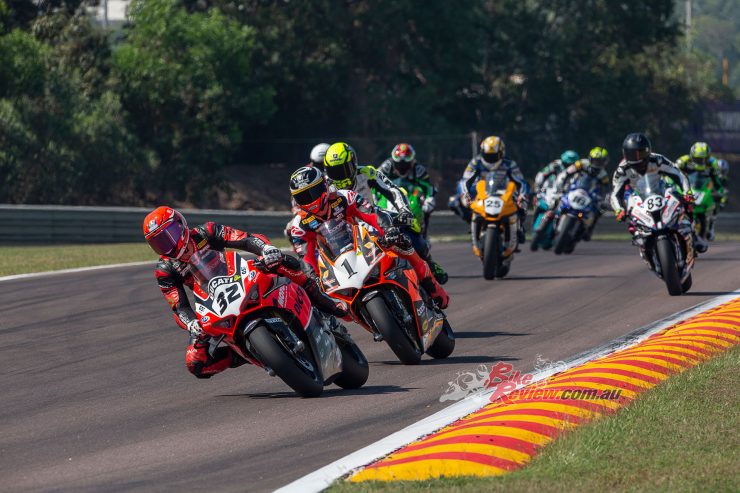 The Darwin round marks a month since ASBK convened at Wakefield Park and those who thought we would come away from Goulburn’s finest circuit with a clearer view of who would take the Championship by the scruff of the neck would be even more confused and uncertain. Press Release: MA. 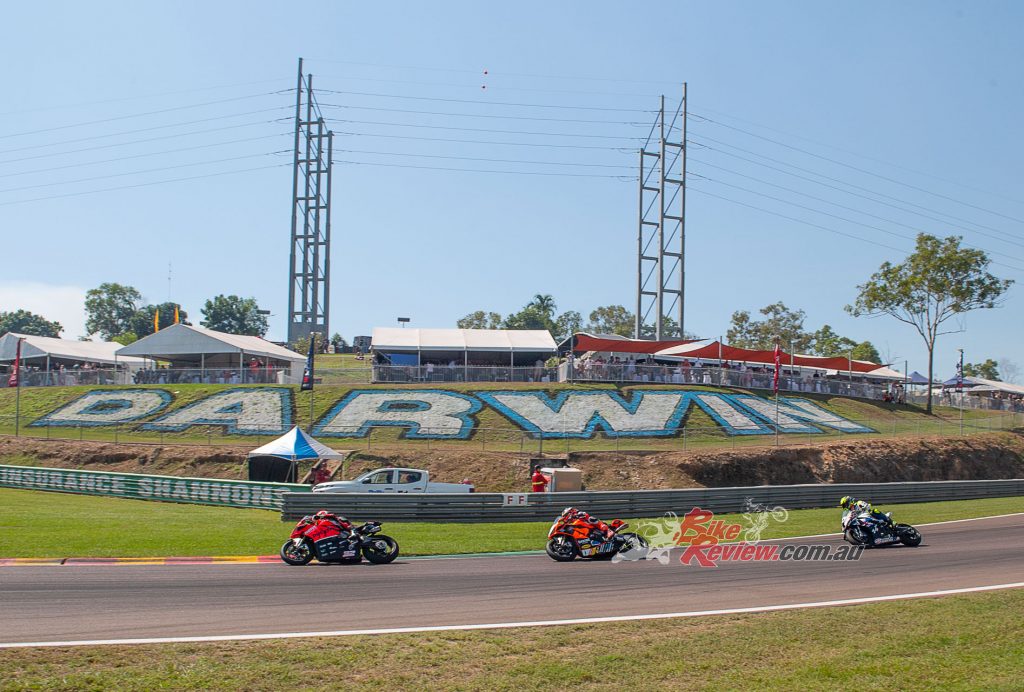 There’s a lot of excitement around the Merlin Darwin Triple Crown and it’s not without good reason.

Sure, Mike Jones showed he was the man to beat, and the Yamaha factory was certainly well sorted for the 2.2km layout. But after Wayne Maxwell’s team made an uncharacteristic error early in the proceedings, the gift was the pole position and the psychological advantage. For the leading duo, Wakefield indicated to those assembled that perhaps we have our 2022 champion pair and it’s now down to the remaining races to decide which one of them takes the trophy.

Grab your tickets for the weekend here…

For Bryan Staring, the Merlin Darwin Triple Crown is a real “line in the sand” moment. After scoring 45 points at round one, the West Australian has been on a slight downward slide, and the bike and rider seemed incredibly out of sorts at Wakefield as he scored just 32 points. If he wants to stay in the Championship hunt, then a solid points haul is necessary. Confidence ought to be high after the DesmoSport Ducati took a win here last year with Oli Bayliss aboard. 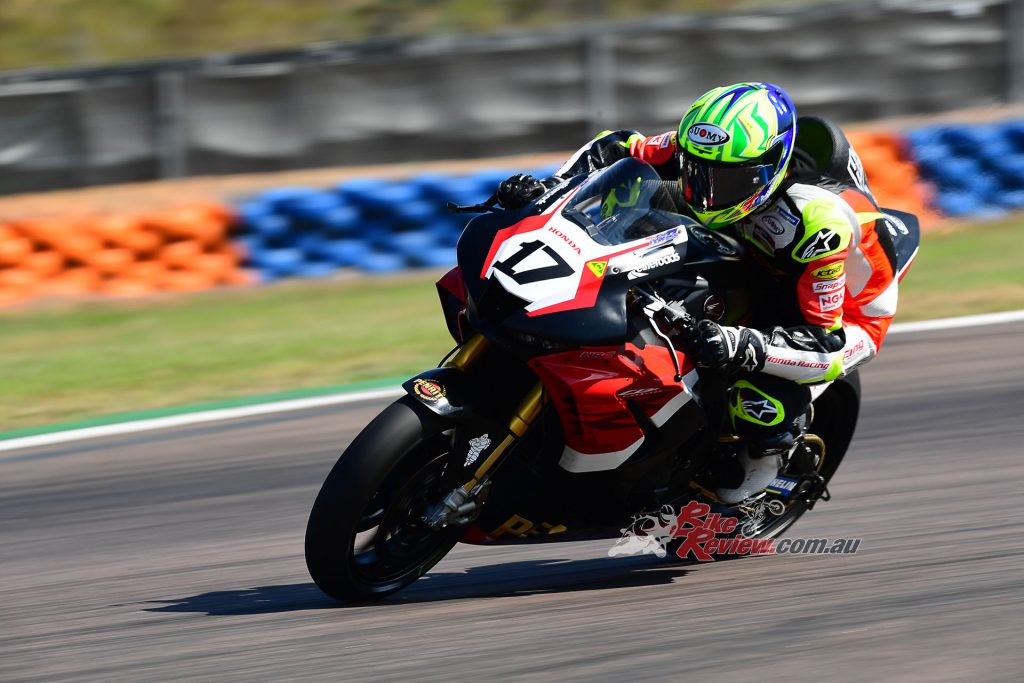 Last year we saw some absolutely wild racing from the Western Australian track. Tune into SBS, Fox Sports and Channel 7 or read about the weekend here…

The Maxima Oils Racing duo of Josh Waters and Glenn Allerton might perhaps have the words of Wayne Maxwell ringing in their ears when he stated at the post round three press conference that they appeared to be “not making forward progress”. The BMW seems to have all they need to be front runners- power, handling a solid and electronics package, but an interrupted program for Allerton and Waters’ relative unfamiliarity has indeed slowed their progression. Darwin offers a chance to bring the M1000RR to the pointiest end of the field.

For a guy who is currently fifth in the Championship, Cru Halliday has flown under the radar thanks to the success of teammate Mike Jones and Halliday’s own struggles. A solid result at Wakefield – where he scored more points in race one than he did in total at Round Two in Queensland, has put the likeable larrikin back into contention for the top three. 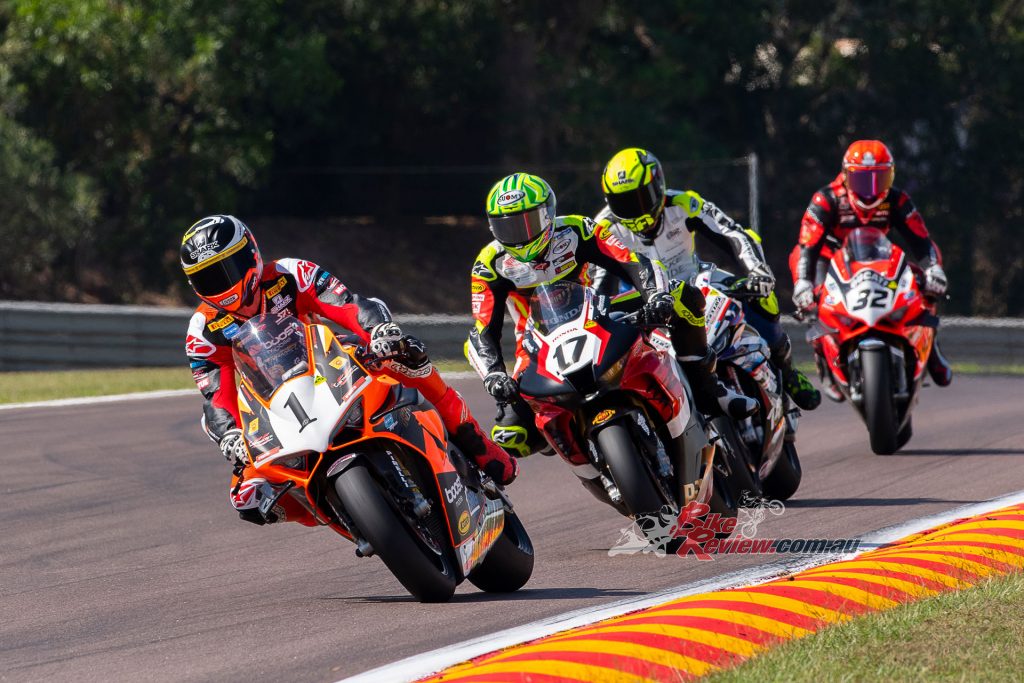 The format for the Merlin Darwin Triple Crown sees the Alpinestars Superbikes race three times over two days- a change to the usual two races on the Sunday.

Troy Herfoss is the great unknown. His past results indicate that he certainly does well at Hidden Valley, and his growing fitness and pace shows that he could certainly be a contender. With Paul Free back in his corner and his indefatigable self-belief, eyes will be on the Honda Fireblade in the early sessions. Suffice to say, there’s a few demons that he will need to banish before he can really get down to business.

The format for the Merlin Darwin Triple Crown sees the Alpinestars Superbikes race three times over two days- a change to the usual two races on the Sunday. While this does not offer any particular rider an advantage, it does advantage teams that are fast on out-of-the-gate Friday morning as there is effectively one day less until race day.