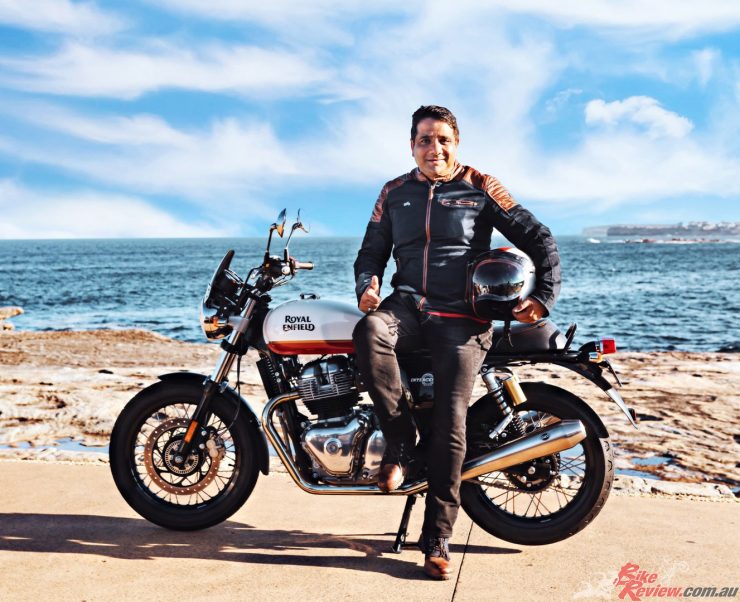 Continuing to dominate the middleweight motorcycling segment (250cc-750cc), Royal Enfield added yet another feather to its cap as the Interceptor 650 and the Himalayan achieved new records in the UK. Royal Enfield share their recent success, with massive sales growth! 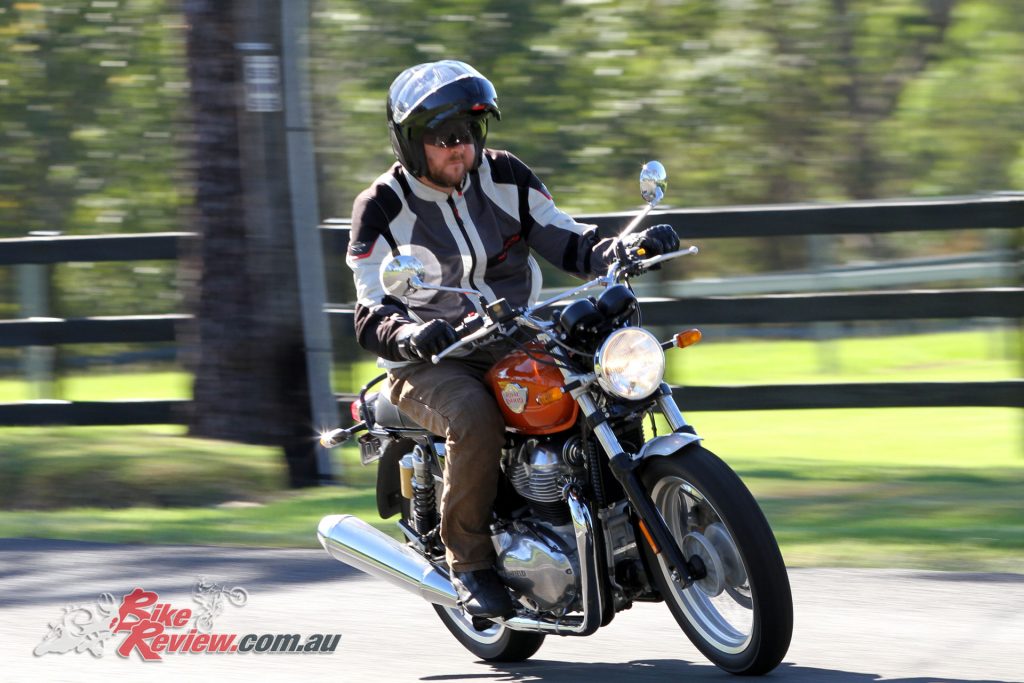 The Interceptor 650 has also been the highest selling naked style motorcycle in the UK for the last 12 months (as per MCIA data from June 2019 – June 2020), along with the Royal Enfield Himalayan at No.4. This is a remarkable feat, and a first-of-its-kind by any Indian two-wheeler manufacturer, selling in the UK.

Speaking about this achievement Vinod K. Dasari, CEO Royal Enfield said “Our vision is to expand and lead the middleweight motorcycling segment across the world. Towards this vision and further strengthening our position as a truly global brand, Royal Enfield has been consistently focusing on widening its footprint in international markets and creating engaging experiences for enthusiasts. 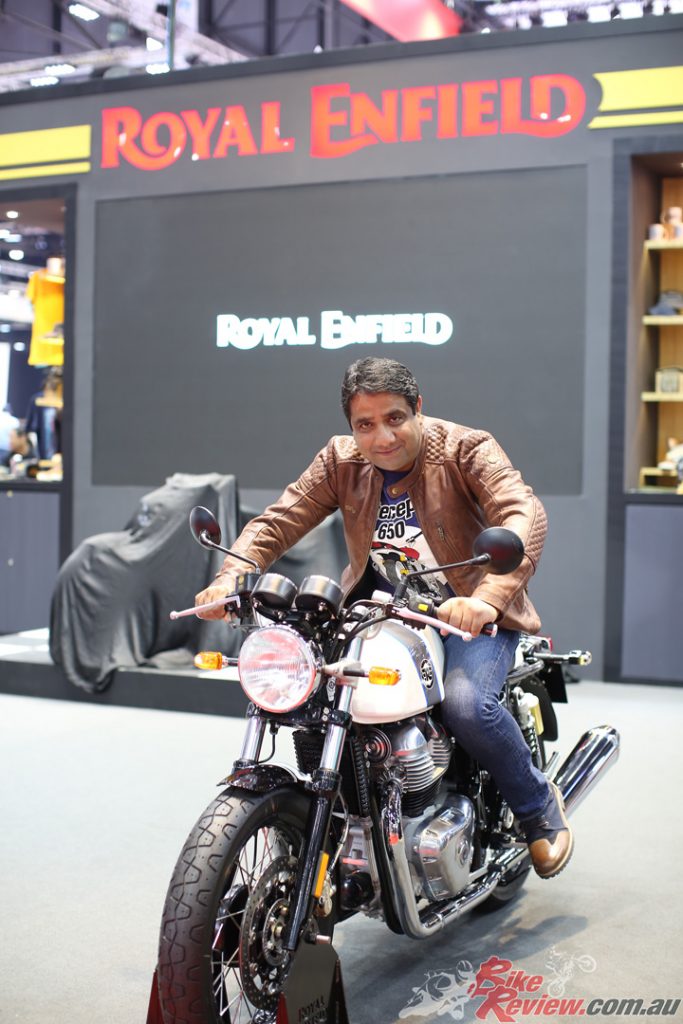 “Since its launch, the Interceptor 650 has been gaining momentum among consumers, and has won several awards globally. Dominating the mid-segment in the UK for a year, is a truly remarkable achievement that we are very proud of. We are equally delighted with the success of our adventure-tourer Himalayan which has been among the top 5 best selling middle-weight motorcycles in the UK consistently over the last 12 months.  This response from our customers in the UK has propelled Royal Enfield to become one of the fastest growing motorcycle brands in the UK” 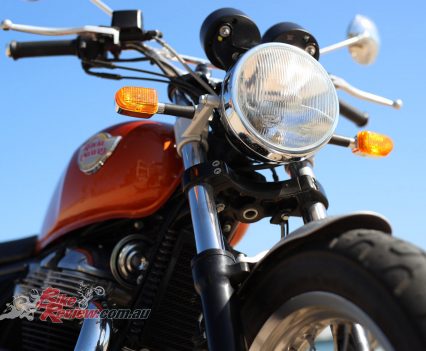 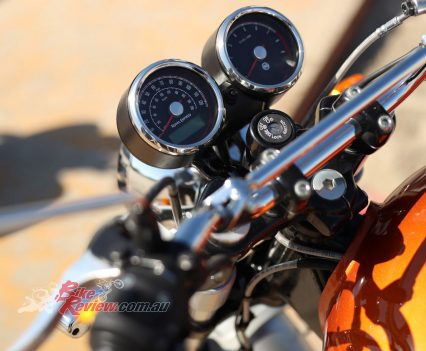 Further speaking about the Interceptor 650, Vinod K. Dasari added, “The Interceptor 650 marked the beginning of a new chapter and was the first truly global motorcycle from Royal Enfield. It has paved the way for us to grow from strength to strength; by building more awareness and aspiration for the brand in international markets, and by growing the 500cc+ category more than 4-times in India. Both, the Interceptor 650 and Himalayan have brought in a lot of first time buyers into Royal Enfield and we believe these motorcycles have a strong potential to grow our international markets.” 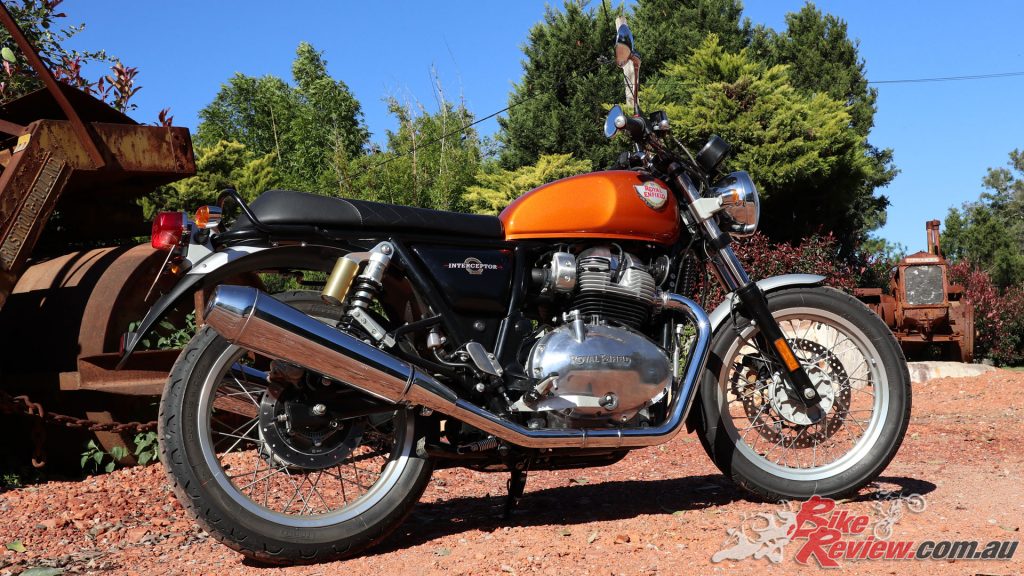 The Twins have contributed to the success of Royal Enfield in the APAC region too since their launch. The heritage-inspired two cultural icons from the 1960s deliver oodles of torque across the power-band coupled with a unique burbling exhaust-note, bringing to life the pleasure of pure motorcycling across any and all riding situations. Across markets, customers have cherished their association with the Twins.

Vimal Sumbly, Head Business APAC shared “We are delighted to share that Interceptor since its launch in the APAC region has been garnering a very good response among our customers and communities. We have over 4,500 Interceptor customers across our markets who subscribe to timeless styling coupled with contemporary performance. 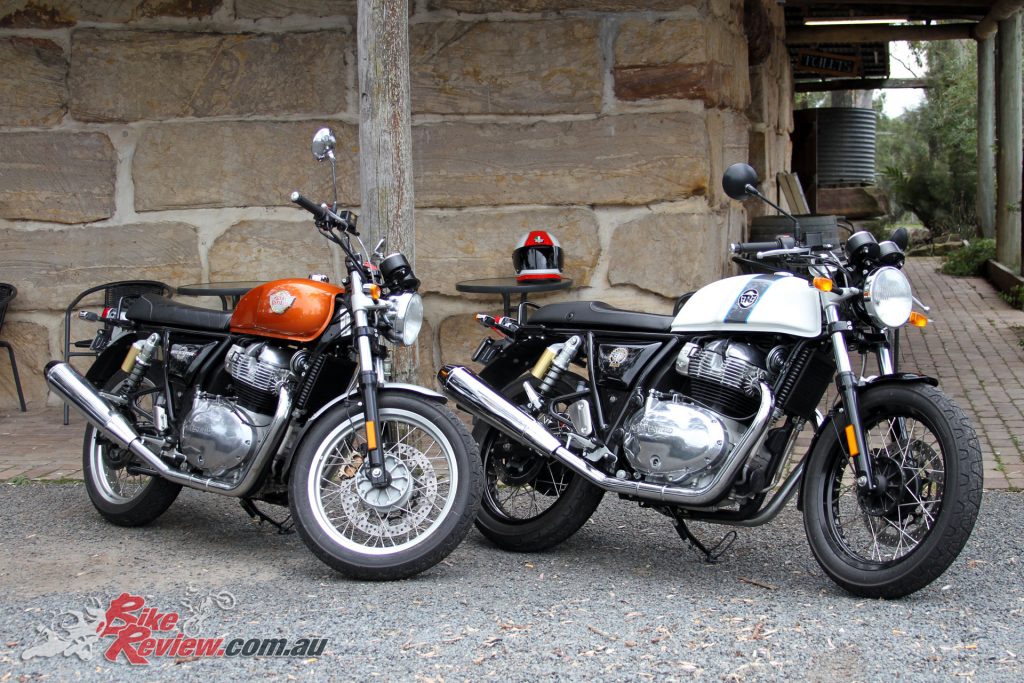 Launched in September 2018, the Interceptor 650 soon shot to popularity across global markets.

“The quintessential modern-classic roadster was on an awards winning spree in the region. It won some of the most prestigious awards across Thailand, Australia and Philippines markets. In Thailand, the Interceptor won the “Best Modern Classic in the Middle-Weight category award two years in a row by the coveted Grand Prix group, in Australia it won the “Best LAMS Retro Award by Bike Sales Australia” and in Philippines we won the “Best Roadster Award” by C! magazine. 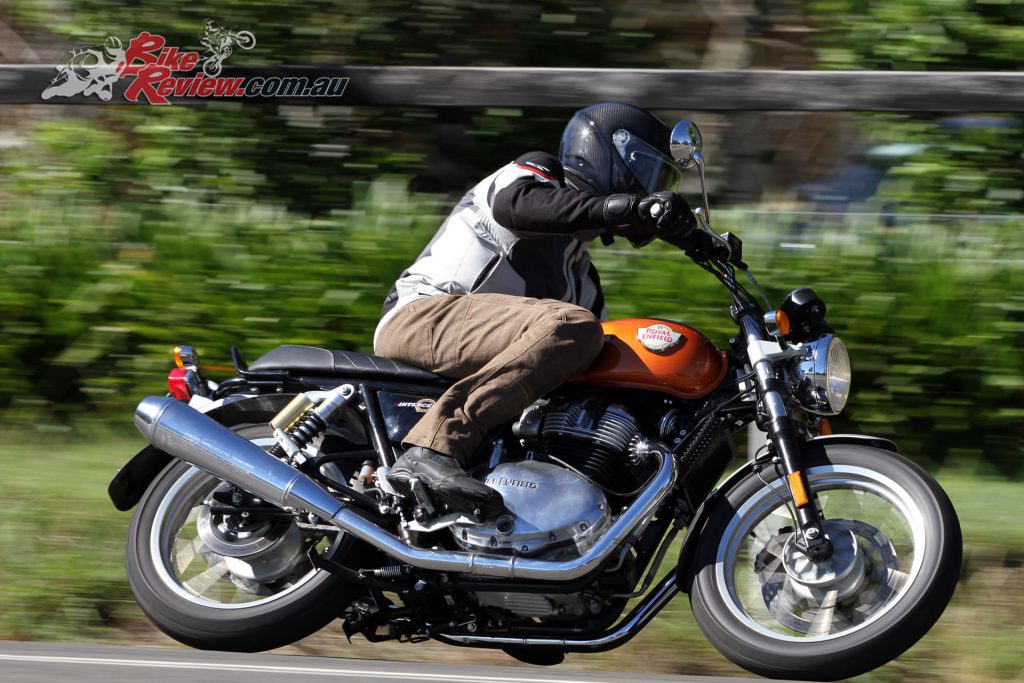 Jeff purchased his own Interceptor 650 after testing the 650 Twins at the World Launch in late 2018.

Launched in September 2018, the Interceptor 650 soon shot to popularity across global markets. Underpinned by an ethos of fun and approachability that make for pure riding experiences, the Interceptor 650 has emerged a true world-beater by winning several awards and accolades including Indian Motorcycle of the Year 2018, MCN’s Best Naked Motorcycle of the Year 2019 and several other top honours. In India the Interceptor 650 has won almost all awards in its category, and has performed exceedingly well. Since its launch, the upper end (500cc and above) of the mid-sized motorcycling segment has grown over four times, between FY 2019 and FY 2020. 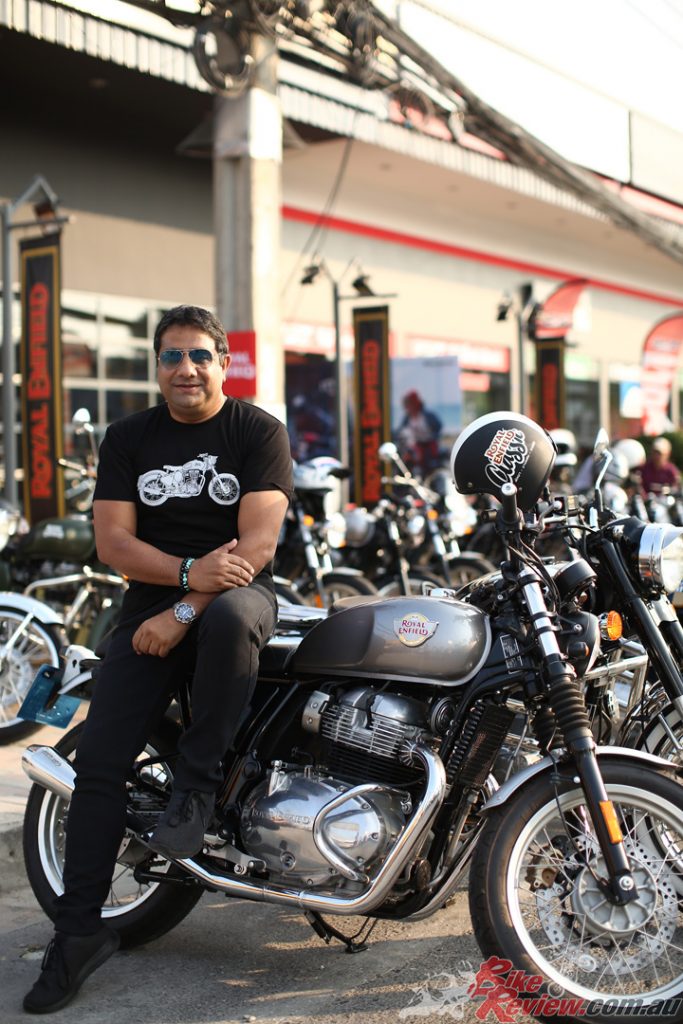 Royal Enfield has recorded an overall volume growth of 96% across its international markets in FY20.

The Royal Enfield Himalayan has redefined adventure touring in India and across the world, and managed to carve a niche within the adventure touring segment. Inspired by Royal Enfield’s 60 years of enduring history in its spiritual home – The Himalayas – the motorcycle has been an accessible and engaging option for riding enthusiasts. 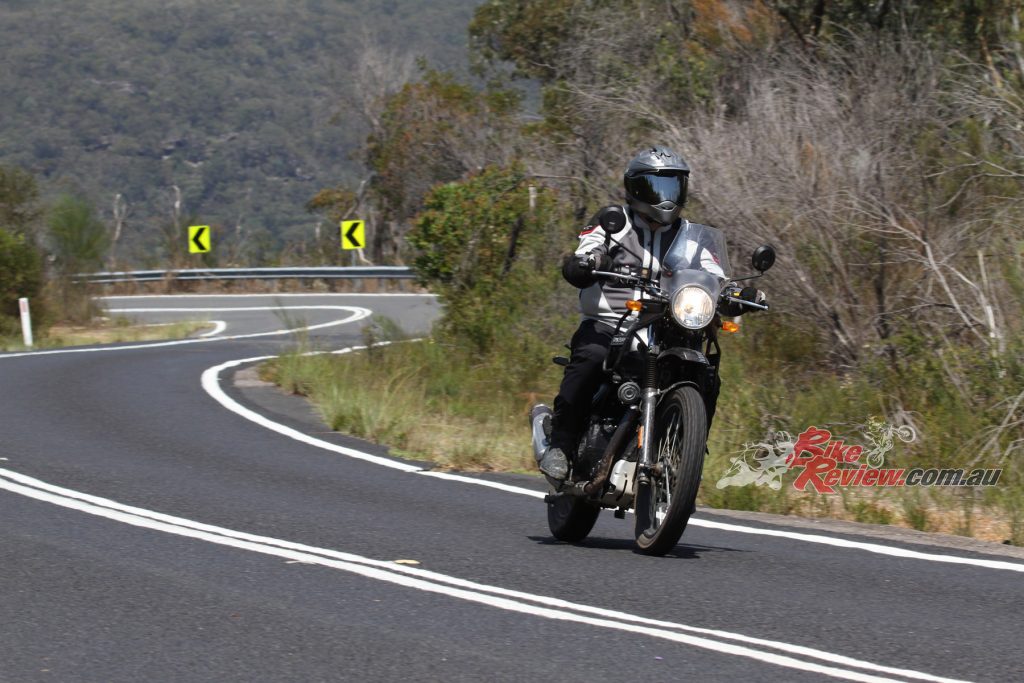 This success of the Interceptor 650 and the Himalayan in the UK is also a testimony to the consistent efforts put in by Royal Enfield across its international markets to build more consumer touchpoints and curate deeper, more engaging experiences. Led by the Interceptor 650 and the Himalayan, Royal Enfield has recorded an overall volume growth of 96% across its international markets in FY20, with Europe registering 100% growth over last year. In the UK, Royal Enfield has made significant inroads in expanding its retail footprint to 67 customer touch points. The brand has also invested in expanding its marketing, sales and service teams to manage this growth.