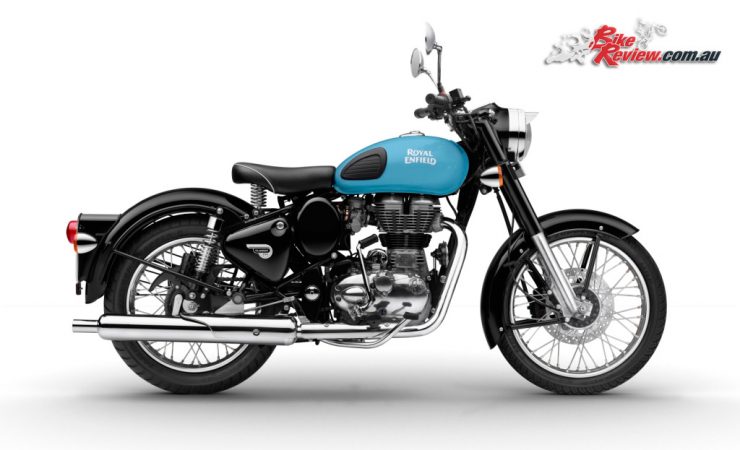 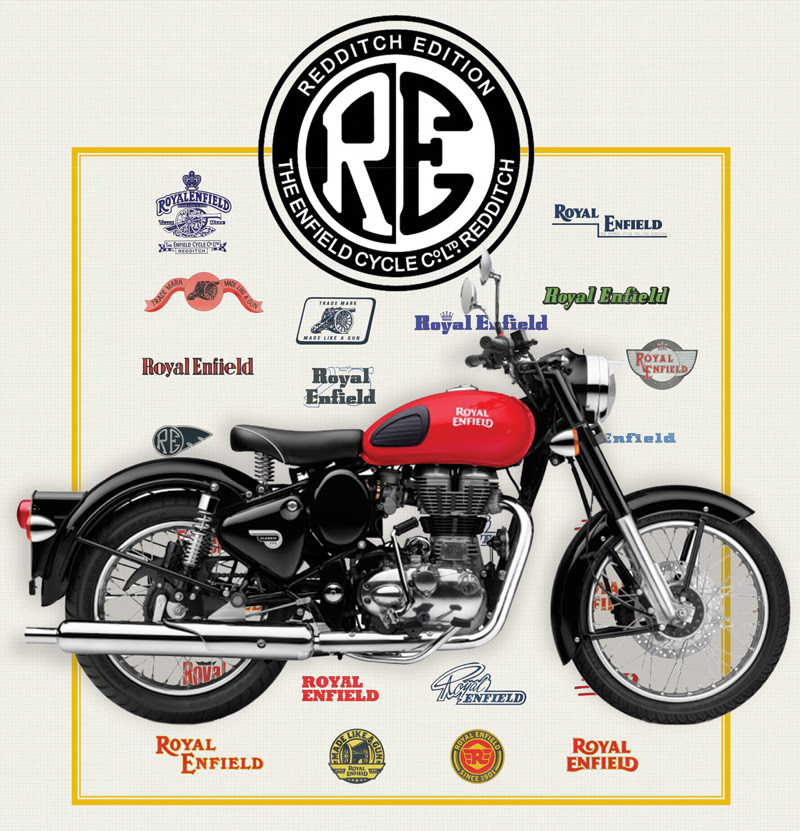 Introducing the new Redditch colourways, Mr Rudratej (Rudy) Singh, President, Royal Enfield said, “Royal Enfield launched the Classic in 2008 based on its popular ‘J2’ model from the 1950s, as our brand has always taken inspiration from its rich heritage to come up with evocative motorcycles in the modern era. The Classic then became one of the most loved motorcycles from Royal Enfield.

“Looking back into our decades old legacy, we have given Classic a makeover taking cues from the motorcycles produced at Redditch, Royal Enfield’s birthplace UK. In 2017, we are bringing the Classic 350 in – Redditch Red, Redditch Green and Redditch Blue that re-imagine shades on our 1950’s motorcycles that first came out of Royal Enfield plant in Redditch, a town steeped in British motorcycle build tradition. The introduction of the Redditch series on Classic 350 is a reinforcement of the Classic franchise and its huge success across our markets.” 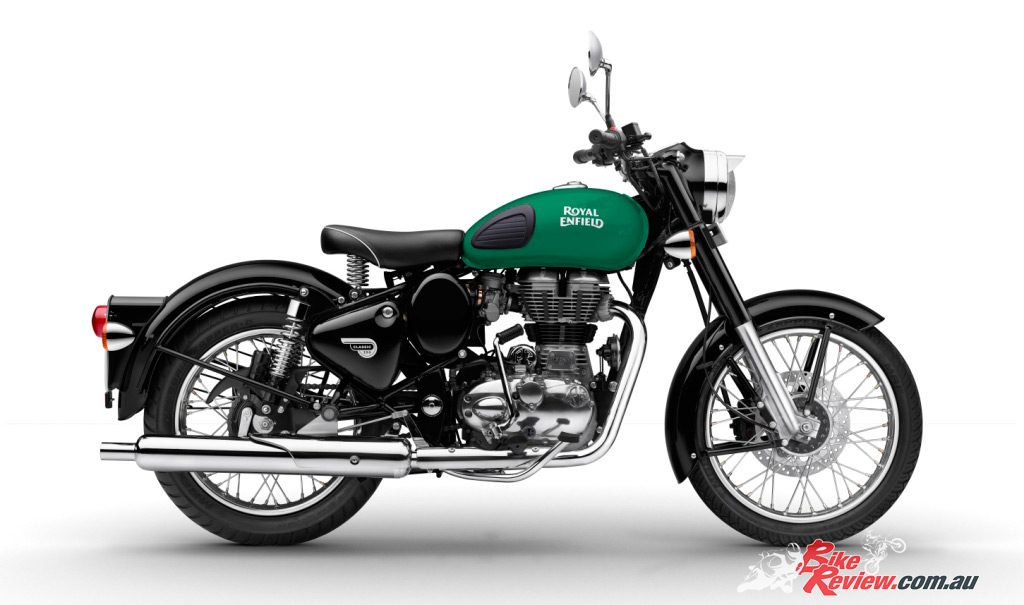 In the 1950’s, Royal Enfield motorcycles were manufactured in its pre-world war era factories in Redditch, a needle making town located fifteen miles south of Birmingham in UK. The Royal Enfield Classic introduced in 2008 is designed on the lines of the J2 and it is a tribute to the retro look of British motorcycles in the post World War II era.

The Classic retains the quintessential classic British styling of the 1950s; simple, harmonious, proportioned and finished. Powered by Royal Enfield’s 350cc unit construction engine (UCE), front and rear mudguards, the headlight casing, the fuel tank, the oval tool box, the exhaust fins, the speedometer dials, the single-seat spring saddle, tail light assembly and the headlamp cap, all conform to the native imagery of British motorcycles in the aftermath of World War II. 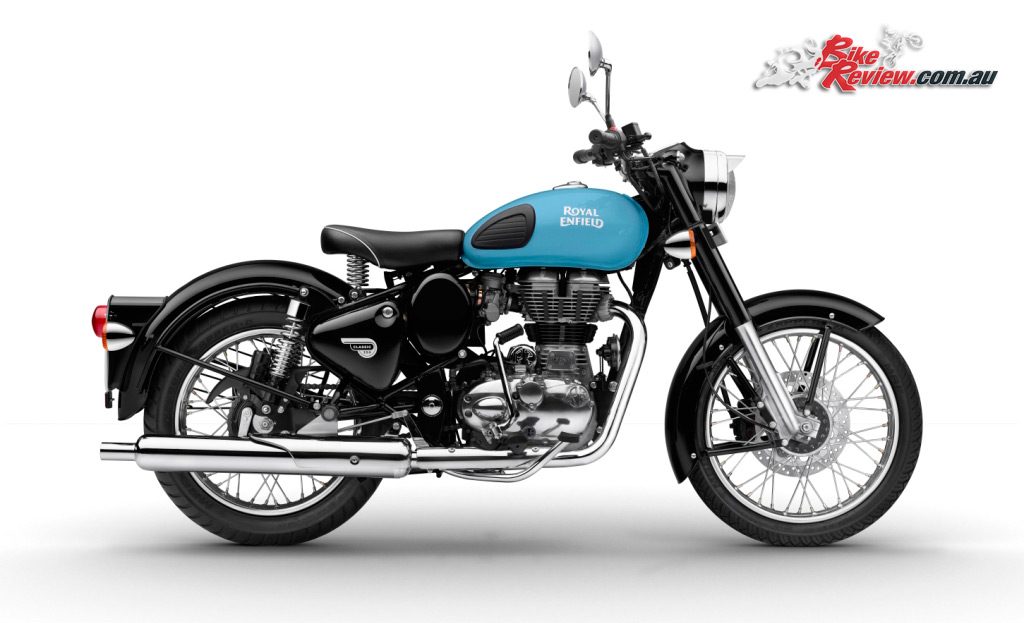 Although the Redditch plant stopped producing motorcycles in 1967, its effect on the look and feel of a Royal Enfield motorcycle is still distinct even today.

The outbreak of WWII put an end to the production plans of the Royal Baby – the 125cc motorcycles for the larger public. The Royal Baby was then soon adopted by the British armed forces, in particular, paratroops. 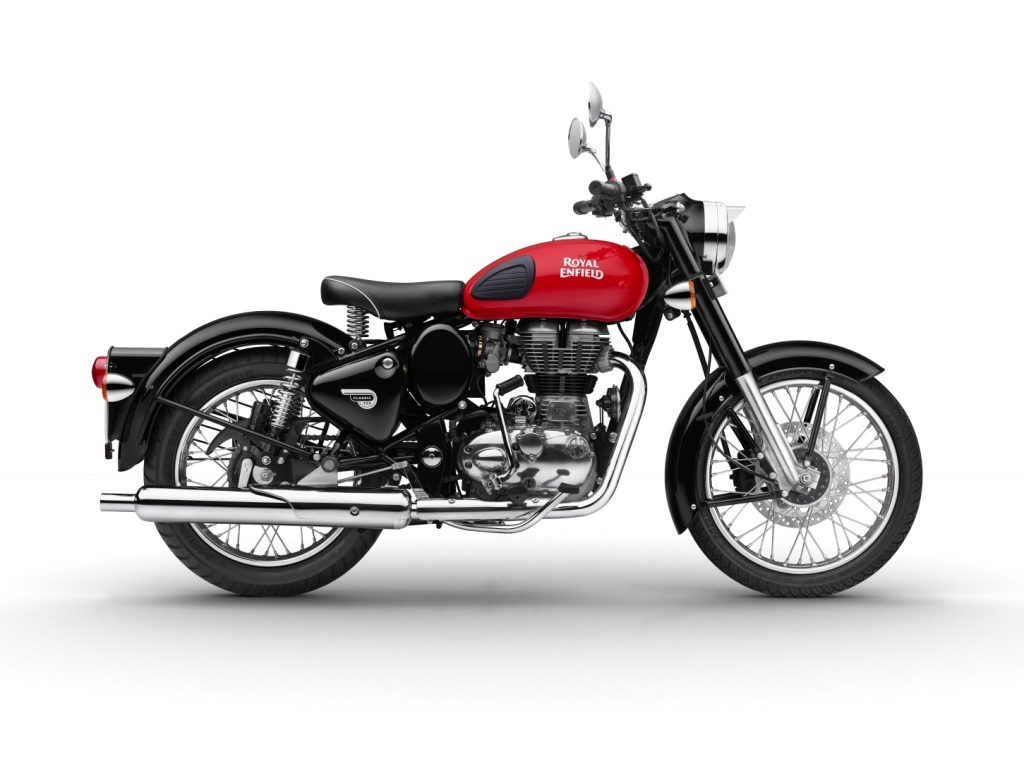 Series such as the Ensign, Clipper and Crusader, as well as the 2008 Royal Enfield Classic, sported this version of the Redditch monogram either on the engine or fuel tank.

To see dealerships close to you visit royalenfield.com.au.