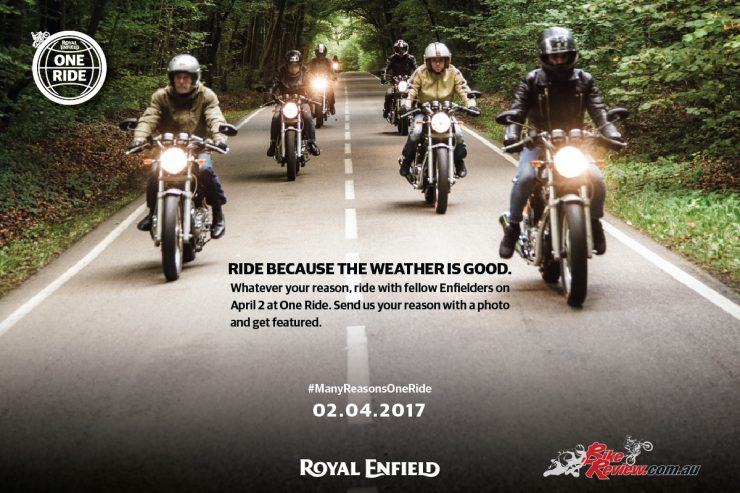 Royal Enfield One Ride to be held on April 2, 2017. One Ride is being organised in 14 countries through 23 cities in a 24-hour format of chasing the sun.

With roads across the world preparing to celebrate the seventh edition of Royal Enfield’s One Ride, camaraderie of thousands of Royal Enfield owners are gearing up to participate in the global festivity of pure motorcycling. 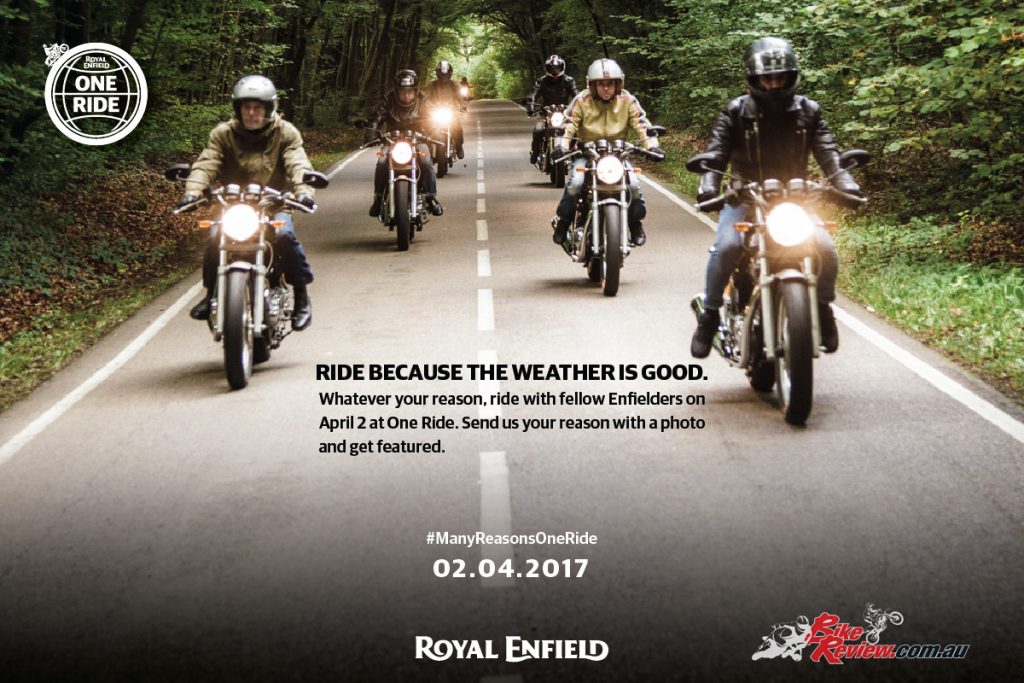 The ride which flags off on 2nd April, 2017, will exhibit Royal Enfield riders from across time zones in 14 countries and 23 cities, celebrating pure motorcycling with the unity amongst the community.

The Royal Enfield One Ride promotes the spirit of pure motorcycling globally, registrations for which are now open on the Royal Enfield website at http://royalenfield.com/oneride/

Royal Enfield’s One Ride will see the ride driven by the idea of chasing the sun. The first sunrise of the ride will be witnessed by motorcyclists in New Zealand before other countries and their cities join in. 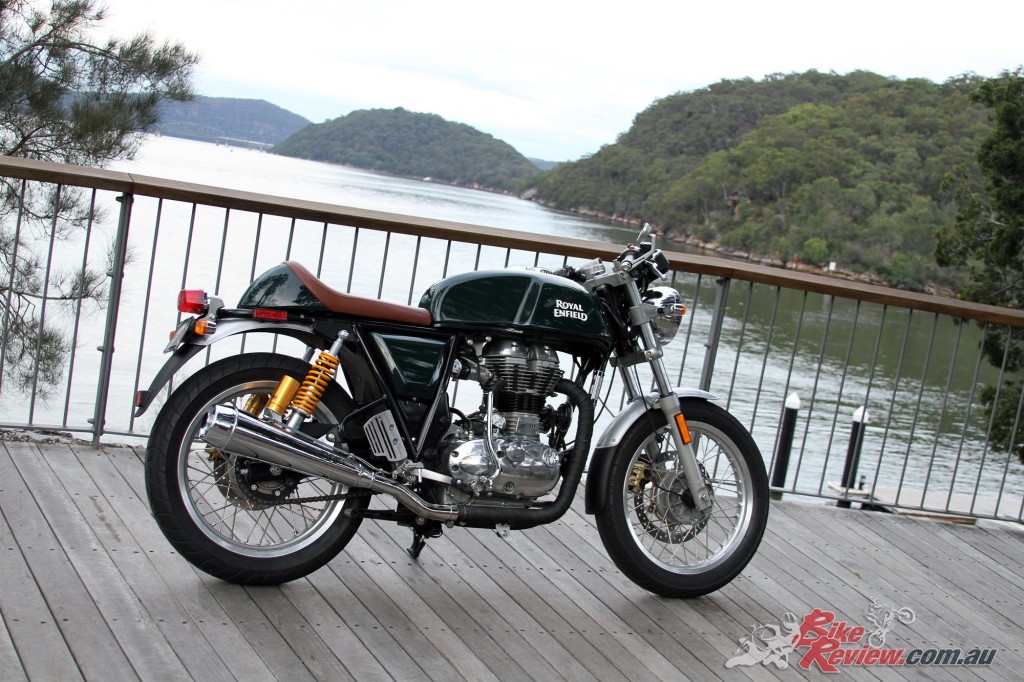 This year, in addition to organising 23 key One Rides, all participants from across the globe will be encouraged to sport their regional colours and ride in their local attire. In Australia and New Zealand, participating Royal Enfield dealerships have organised rides in their region (see below list).

Speaking about One Ride, Rudratej Singh, President – Royal Enfield said, “One Ride is Royal Enfield’s largest global community ride that brings out the ethos of togetherness and community each year. The scale of One Ride this year exemplifies the upsurge in the passion for our kind of motorcycling across the world and our ever growing community of riders is our biggest inspiration and strength. Royal Enfield One Ride begins on 2nd of April in New Zealand and then Australia and will follow the rising sun.

“There will be rides organised in 23 global cities like London, Madrid, Paris, Barcelona, with the last leg of the ride in Milwaukee, US. We are happy to create and celebrate this ride with our ever growing community,” He finished. 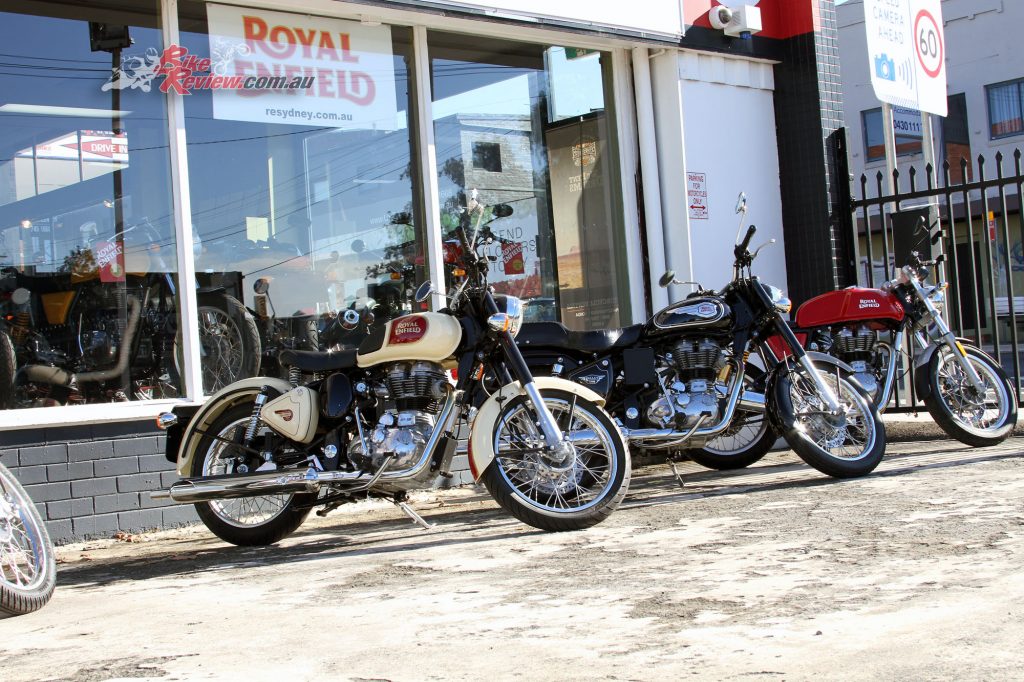 Royal Enfield encourages its customers to ride together and participate in the fun of pure motorcycling with rest of the world. Riders can also contact their nearest Royal Enfield authorised dealership, if they want to ride out in groups from their respective cities.

To register for One Ride, please select the preferred location below to enter Facebook event booking: