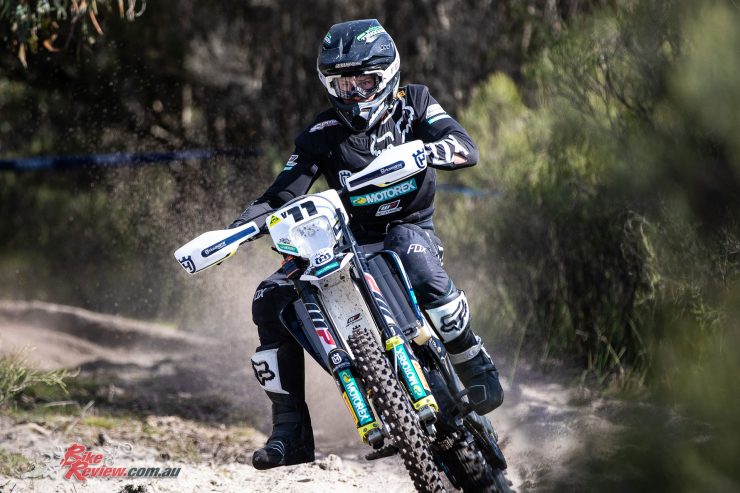 At 24 years of age, Sanders experienced an array of success throughout his first season with Husqvarna Motorcycles Australia this year, lifting the AORC E2 crown aboard a Husqvarna FE 450 and clinching a commanding maiden victory in the Hattah Desert Race riding a Husqvarna FE 501.

The versatile Victorian capped off the year by contributing to Team Australia’s incredible World Trophy
victory at Chile’s International Six Days Enduro (ISDE), along with finishing third in the outright individual results and second in the E3 division. Next season could see Sanders step up to the Husqvarna FE 501 full-time off-road, that decision to be confirmed. 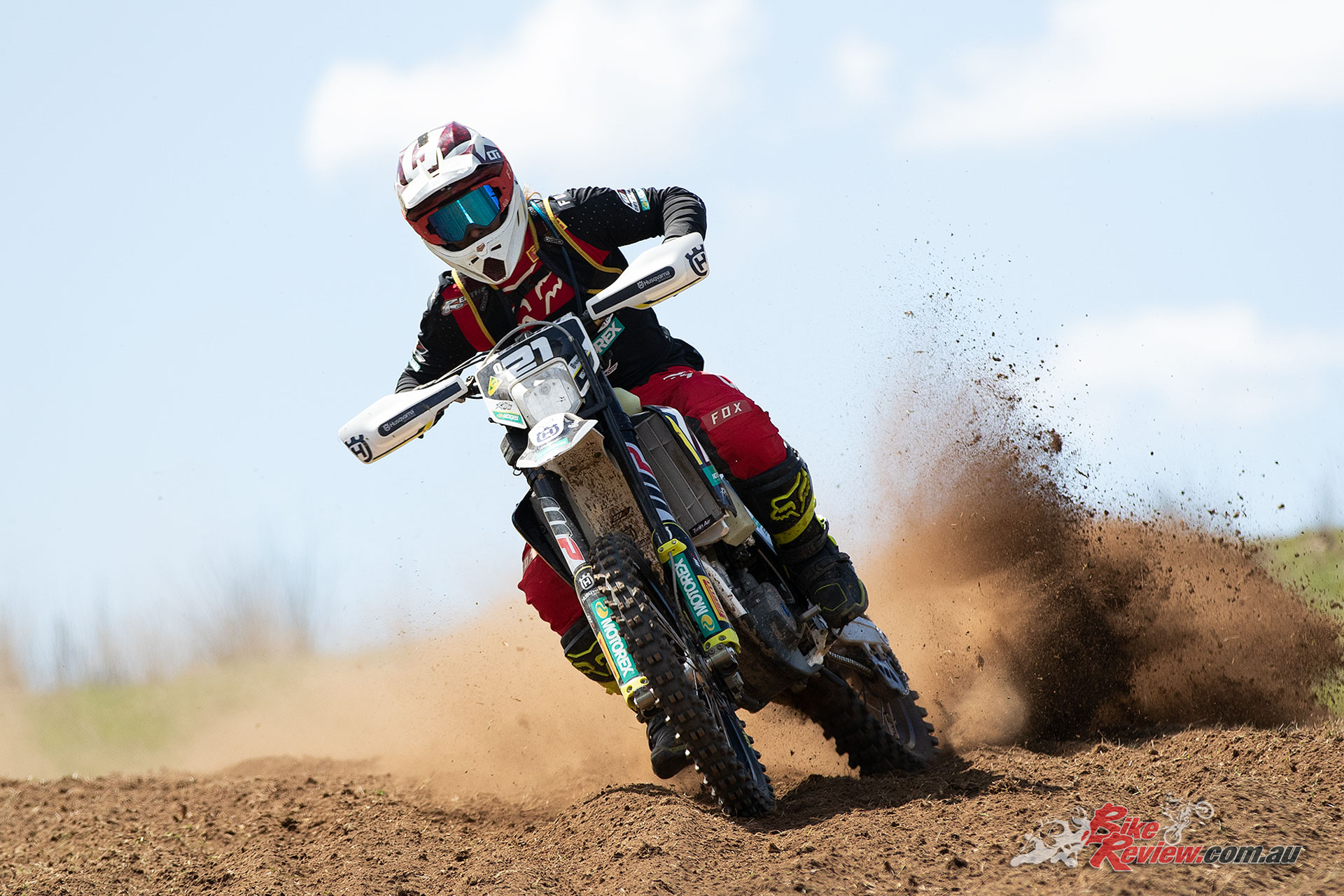 Factory team newcomer Higlett, 19, established himself as a rising star of the sport this season, earning runner-up honours in the AORC E1 title-fight after scoring an inspiring 10 podiums from 11 rounds. Impressing in his inaugural appearance at the ISDE, Higlett went on to assist the Australian Junior World Trophy to fifth position, while being ranked ninth in E1 standings.

Husqvarna Enduro Racing Team’s first national hit-out of the 2019 season will be at the opening round of the AORC series, scheduled for 9-10 March at Gympie in Queensland. Next year’s A4DE will be staged from 1-4 May at Moruya in New South Wales.

Christian Horwood – Team manager, Husqvarna Enduro Racing Team explaining, “We’re over the moon to sign both Daniel ‘Chucky’ Sanders and Fraser Higlett for 2019. As a team we achieved some fantastic results together in 2018 and it was a really good team dynamic that we worked within. Both riders have been outstanding since joining Husqvarna, they assist each other as much as they possibly can and we’re proud to welcome back our major sponsors for next year, so we are all set and are extremely excited to get things underway.” 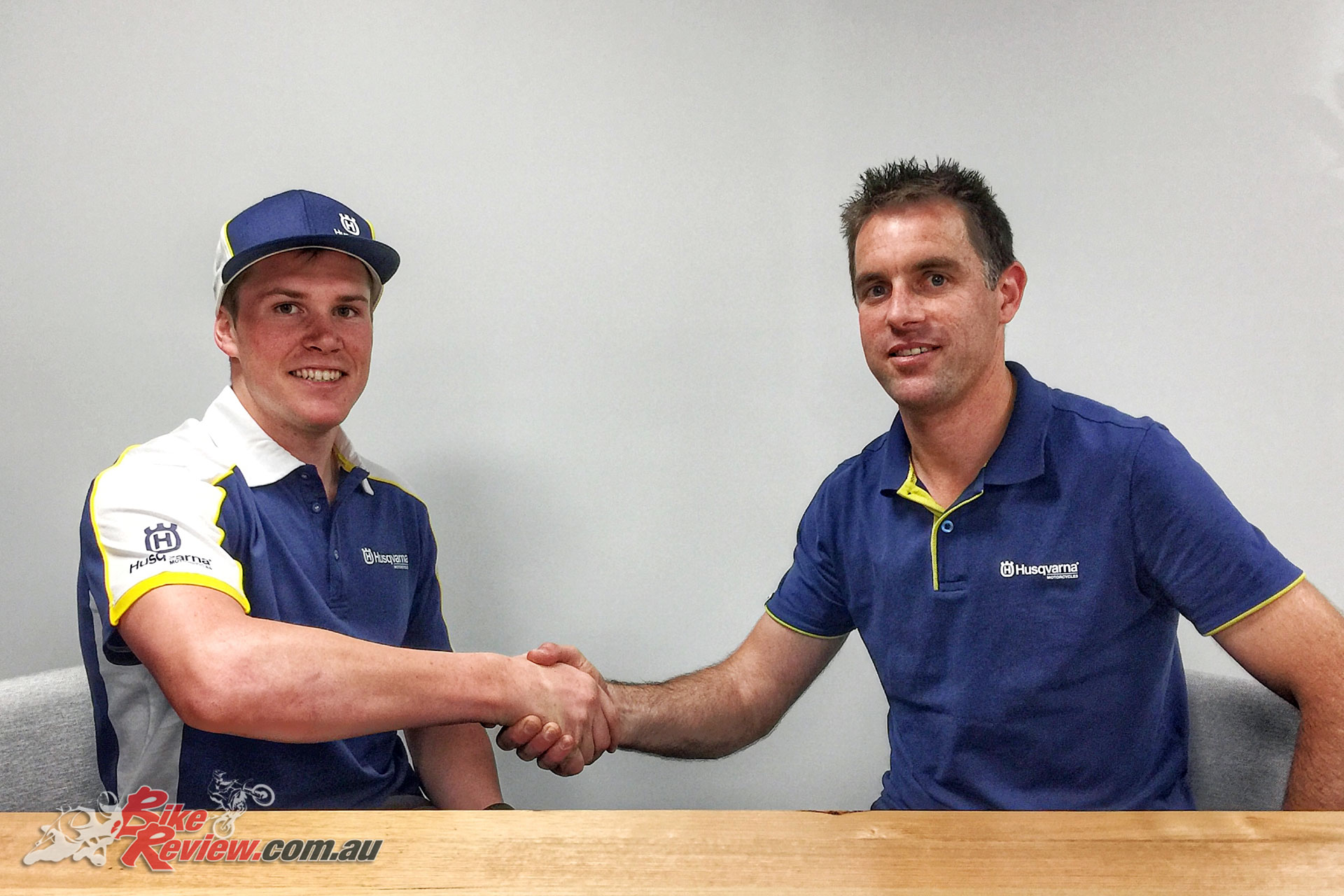 Daniel Sanders adding, “I’m definitely excited to be back on-board with the Husqvarna Enduro Racing Team. They were great to be a part of this season and I adapted really well to the four-stroke as well, so it’s shaping up to be a strong year in 2019. Now that we’ve learned so much together as a team, the plan is to go even better, be super-consistent and right there at the pointy-end. Winning is always the goal, that’s the objective of going racing and I’m confident that being part of Husqvarna Motorcycles Australia’s factory team with Fraser will provide a great platform to work from, that’s for sure.”

Fraser Higlett saying, “It’s a good feeling to be with the Husqvarna Enduro Racing Team for 2019, it’s just awesome to be a part of and I’m already keen to go racing next year. I was able to learn so much this season and picked up some good results along the way, so now we can take advantage of that experience and aim even higher in terms of results. To be alongside ‘Chucky’ as teammates is great for me, he’s a huge help and so is the entire team, so I’m really happy to be back for another season together.”