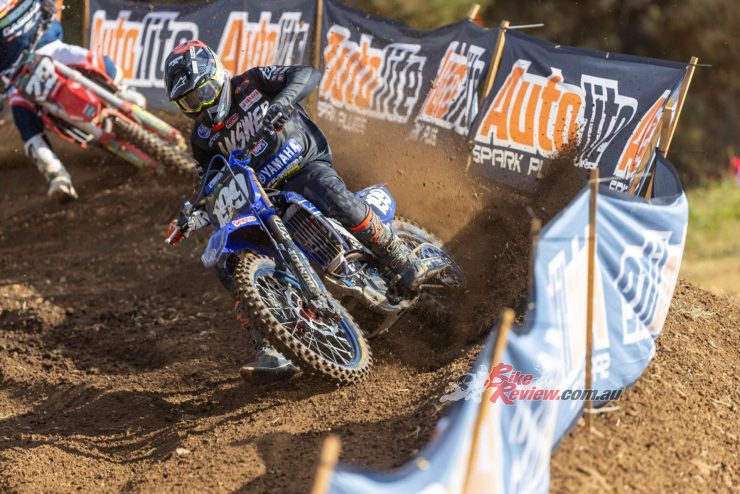 Round two of the Pro MX Championship threw all kinds of challenges at the Serco Yamaha team as both Jesse Dobson and Nathan Crawford fight to stay in the MX2 fight. The team had to over-come injury and bike issues to salvage what they could from the day and with both riders still inside the top five. 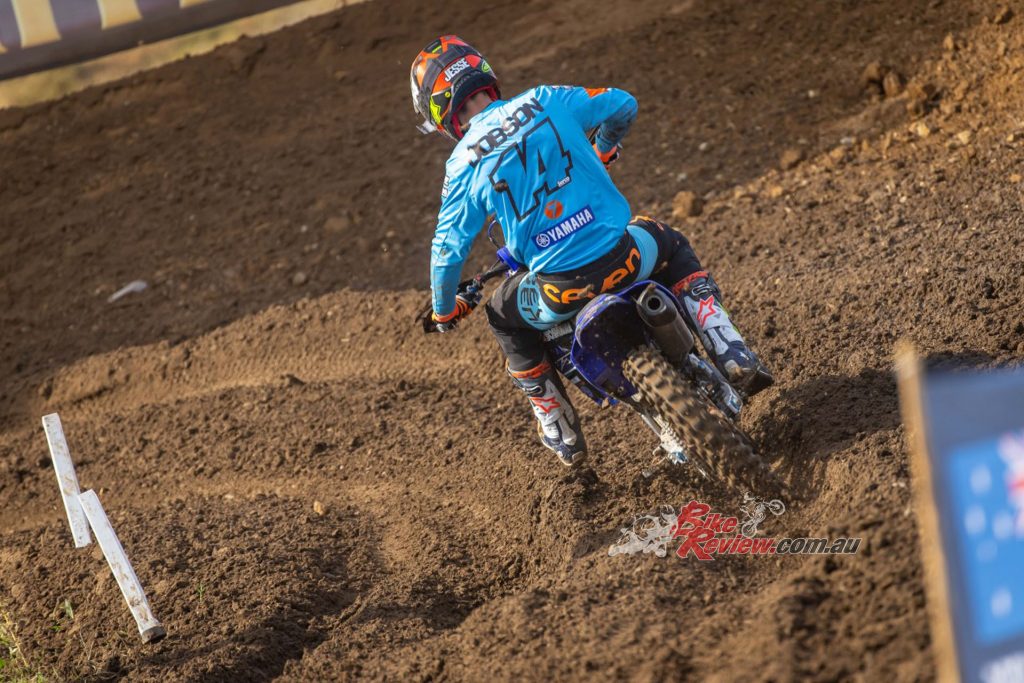 Jesse Dobson bounced back from a serious injury after breaking his collar bone during round one last month.

Two weeks ago, Jesse Dobson was laying in the Coolum sand hurt, battle scarred and fearing the worst. After a huge fall at a local event in Queensland, Dobson knew his collar bone was broken as he lay trackside, but unaware of what other injuries he had.

Three days later, he had his collarbone plated and with a 10 day recovery time on an injury like that, Dobson faced a fitness test and a real world test during practice on Sunday morning to see if his body could stand up to the rigours of motocross and the hard packed Canberra circuit. 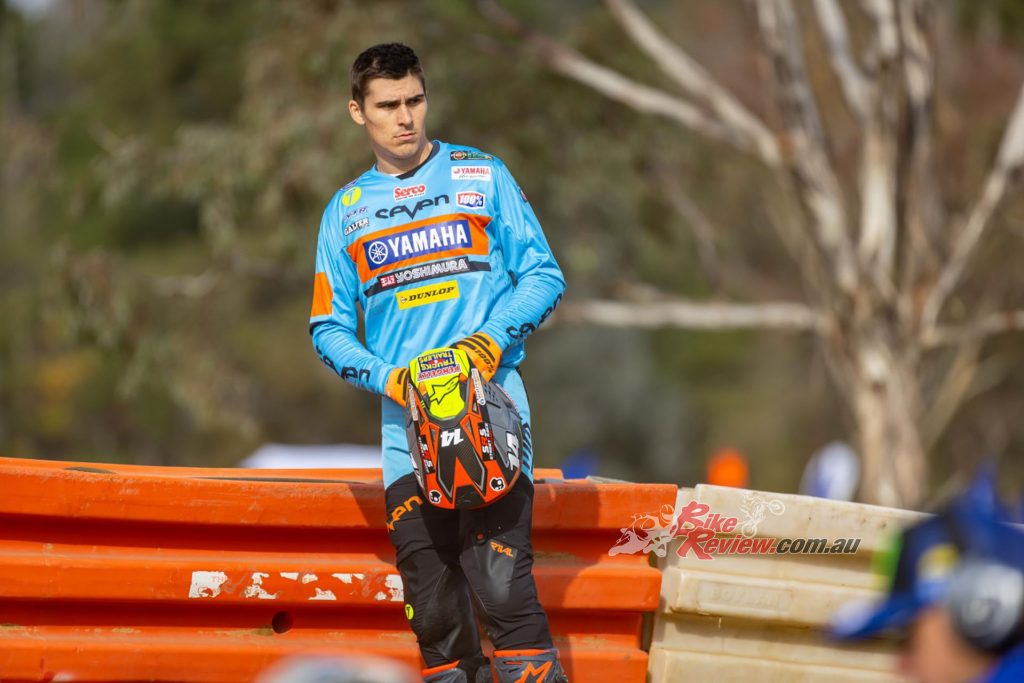 Despite having his collar bone plated, Dobson managed to take out a fifth place finish overall for the weekend.

But his toughness can’t be questioned as Dobson not only raced the Canberra event, he posted some impressive results and lap speed to finish the day in fifth place and keep his championship hopes alive. He claimed a hard fought eighth place in moto one and then continued to impress in moto two with a stunning fifth place finish.

Team mate Nathan Crawford also faced his share of issues over the weekend when his bike developed a mis-fire during the opening race of the MX2 class and he was unable to finish. He started well and was within the top half dozen on the opening lap but then the issue surfaced and he was forced to withdraw from the race. 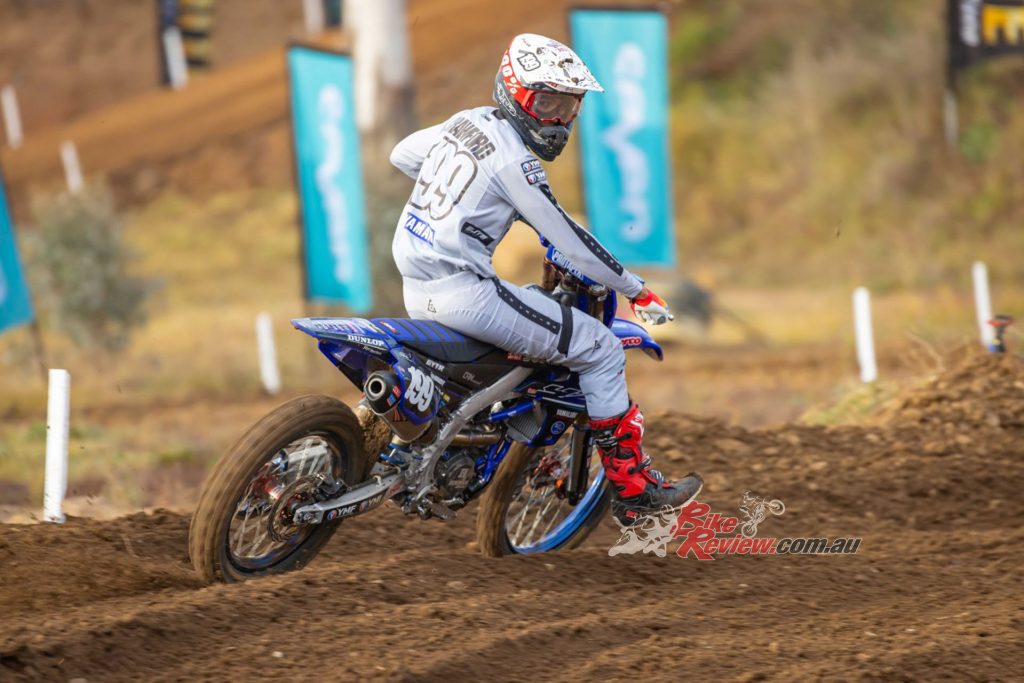 Nathan Crawford was battling some bike issues at the start of the day, with his Yamaha developing a misfire.

He leapt onto the spare bike and picked things up and race two to charge home to a strong second place finish. He was fourth on the opening laps but was able to move into second place around the mid-way stage and hold his position to the end in a strong performance. His DNF and second place results gave him ninth for the day and he holds down fifth in the championship.

“Today was a bit frustrating but sometimes things like that are out of your control and the team did everything they could to fix the issue. We still aren’t sure what caused it but I know the guys will be all over it in the workshop during the week and work out exactly what happened to ensure it doesn’t happen again.” Crawford said. 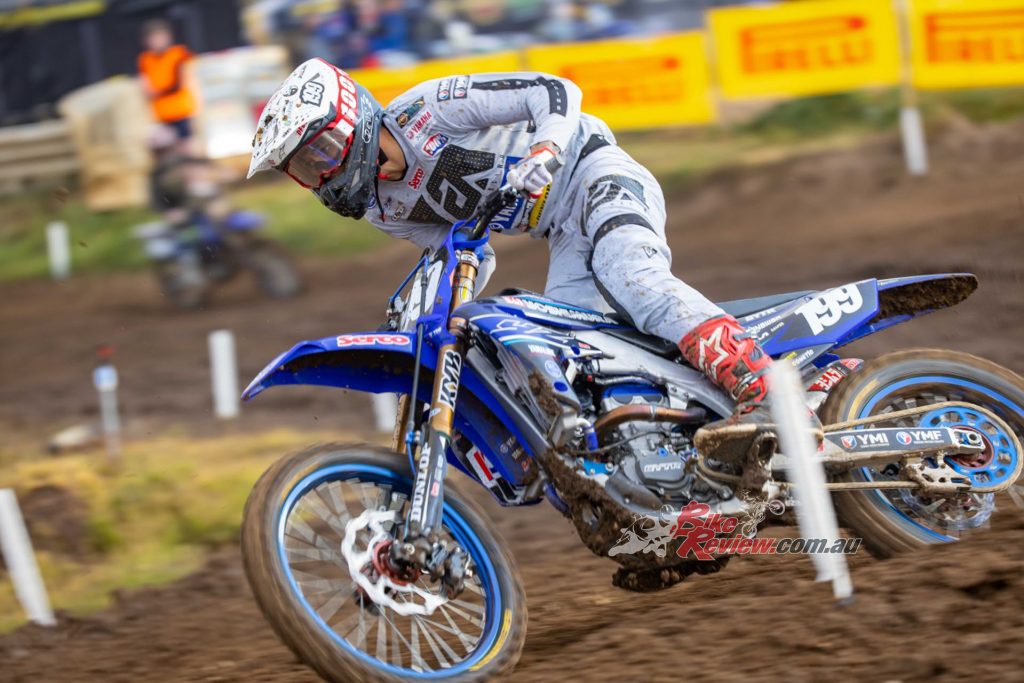 Crawford jumped on the spare bike and managed to grab a second place in a race, leaving him ninth overall.

“But it was important I scored good points in race two and I was able to do that. It took me a while to get going as I hadn’t been on the track for so long and I had to search for the lines I liked, but once I settled down, my speed was pretty good and I was able to get to second.