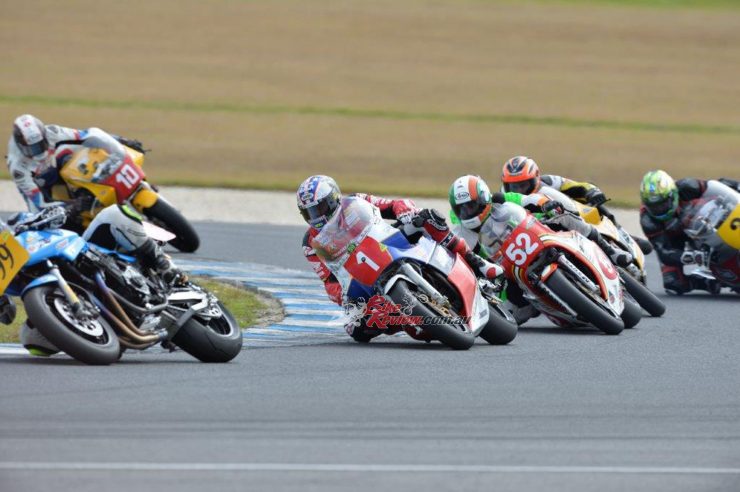 ALL SET FOR A RIPPING ISLAND CLASSIC

Now one of the largest historic motorcycle racing events in the world, the Island Classic is not only a pilgrimage for so many as they watch their favourite riders and bikes slug it out over 56 races – as well as getting up close and personal with them in the pits – but it has a massive no-holds-barred element to it as well: the International Challenge teams’ event between Australia, the United Kingdom, Ireland, New Zealand and America.

Now in its 13th year, the International Challenge (for bikes manufactured between 1973 and 1984) was dominated by Australia from the outset before the United Kingdom not only made up large chunks of ground but finally overshadowed its antipodean rival by taking out the last two events – its lead rider Jeremy McWilliams the mainstay.

That’s left a sour taste in the Aussie camp, and in 2017 it’s looking for redemption with battle-hardened stars like Shawn Giles, Steve Martin, Cam Donald and Jed Metcher and Beau Beaton to be joined by new faces Alex Phillis and Chas Hern.

Metcher and McWilliams won the Ken Wootton Memorial Trophy in 2016 as the highest point scorers across the four International Challenge races.

Ireland, America and New Zealand will also arrive at Phillip Island with strong line-ups – Ireland with Paul Byrne and Cormac Conroy; the US with Barrett Long and James McKay; and NZ with Damian Mackie and Roger Gunn.

Australian speedsters Dave Johnson and Levi Day have joined the Irish effort, while Tasmanian superbike and production racing legend Malcolm Campbell is taking on the American cause.

Eight riders from each team will contest the four International Challenge races – two apiece on Saturday and Sunday – to make up the maximum 40-rider grid.

The Australia versus New Zealand component of the International Challenge will also count towards points in the 2017 FIM Oceania Historic Road Race Cup.

For riders in the non-International Challenge races, the carrot is winning the Phil Irving Perpetual Trophy for the highest points scored, with the likes of Donald and Day past winners.

It’s not all about racing, though. The Island Classic will also host demonstration laps by the legendary Britten V 1000 V-twin home-built racebike out of New Zealand. Retired international rider Andrew Stroud, who won the 1995 world BEARS (British European American Racing Series) title on the V1000, as well as one-off wins at other tracks around the globe, will be the rider.

Another Island Classic guest will be Dutchman Ferry Brouwer, the founder of Arai Europe, who will be interviewed by renowned motorcycle scribe Alan Cathcart. Brouwer not only set up a European home for Arai helmets, but also he was also a spanner man for a host of top GP riders when he worked for Yamaha. 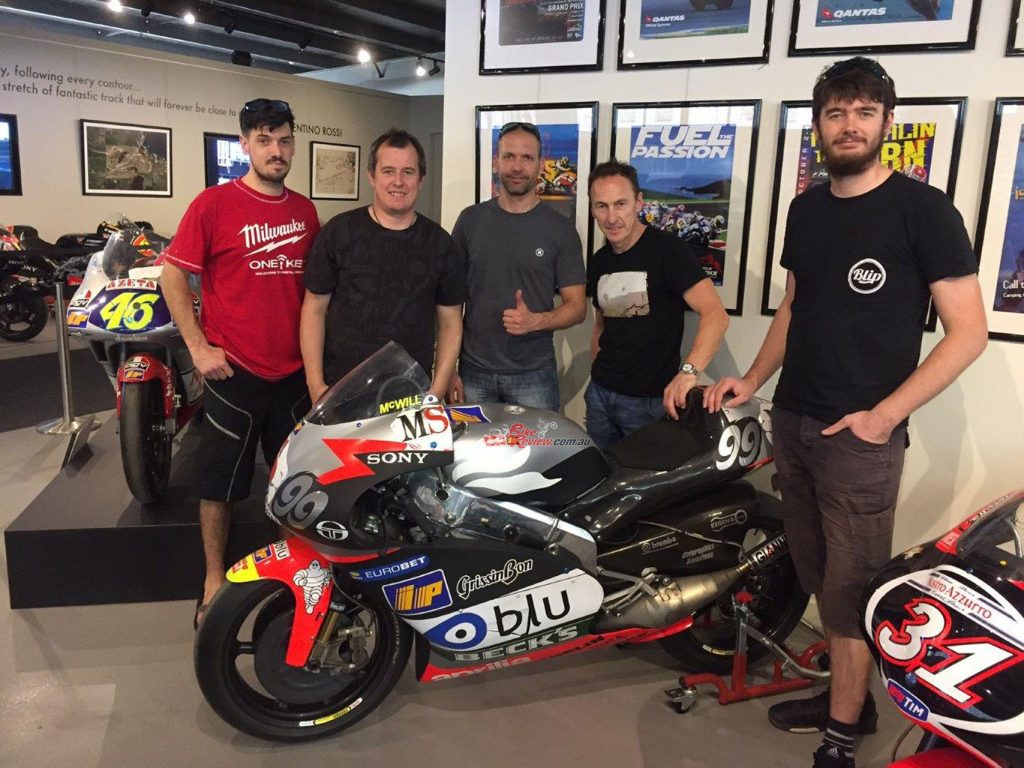 Phillip Island’s has also just secured a superb collection of 24 grand prix motorcycles –  15 sleek Aprilias and a brood of 9 beautiful, fiery red Cagivas – that Island Classic guests will be the first to enjoy.   All two strokes, they raced in GP competition between 1987 and 2003 and on board were some of the world’s great riders including the Italian aces Valentino Rossi, Max Biaggi and Loris Capirossi, and American stars Eddie Lawson and John Kocinski.

The collection includes the Aprilia RSV500 of Jeremy McWilliams, the mainstay of the UK team for this weekend’s International Challenge.   He rode the machine in 2000, and in fact scored pole position at Australia’s Phillip Island when competing in the Australian Motorcycle Grand Prix.

To be housed in the Phillip Island Visitor Centre, Island Classic patrons will get discounted entry to view the prized collection with adult entry just $9.50.

The Island Classic begins with practice and qualifying on Friday, January 27, and on Saturday and Sunday (January 28-29) there will be non-stop action, with all races between four and six laps and catering for bikes from pre-WW1 bikes through to Vintage (1920-1945), Classic and Post Classic (from 1946 to 1972), and the more recent Forgotten Era and New Era classes. Sidecars will also join solos on the program.

As well as the Japanese Big Four, other manufacturers on the Island Classic grids will include BSA, Triumph, Harley-Davidson, Ducati, Matchless, Norton, Vincent, Ariel, Indian, Aermacchi, Bultaco and Adler, as well as a bevy of chassis specialists.

Fergus Cameron, Phillip Island managing director, says the event is pure heaven for bike lovers and is chuffed that people come from all over the globe to spend a long weekend immersed in bike-lore.

“We love that 95 percent of the bikes that travel from all over the globe to the event actually are in tip-top condition, in fact in such good spec, that they can compete in fierce racing on one of the most demanding circuits in the world,” said Fergus Cameron, md of the Phillip Island Circuit.

“I’m also so excited about our superb collection of grand prix motorcycles that have literally just landed from Italy and Island Classic visitors will be the first to view these treasures.”

Gates will open at 8:00am each day with qualifying and racing from 9:00am.

*All ticket prices quoted are in advance. 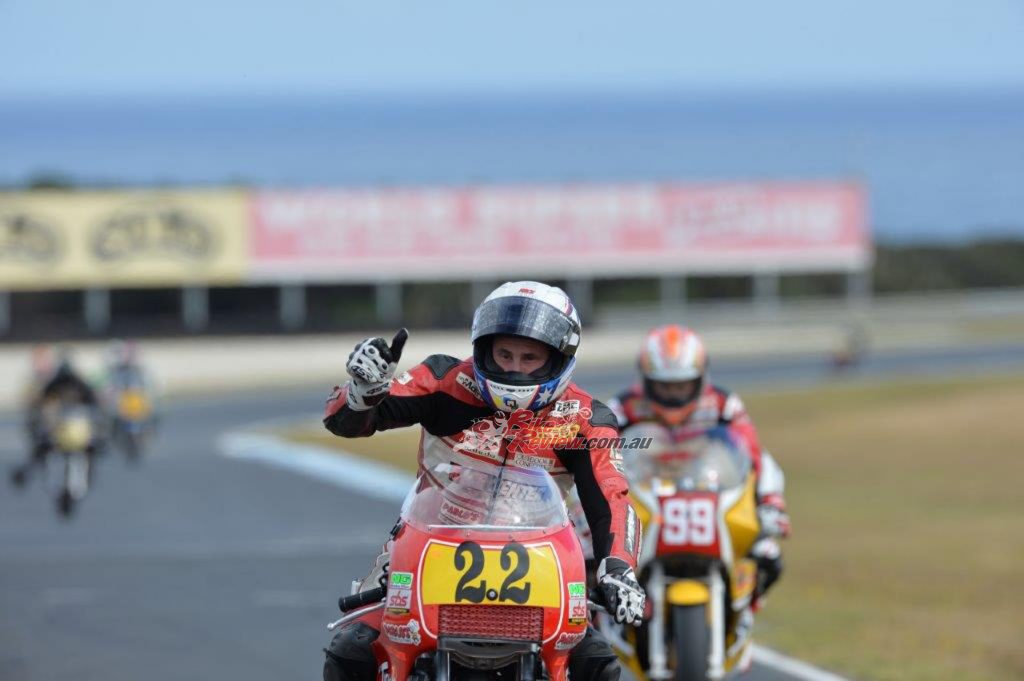