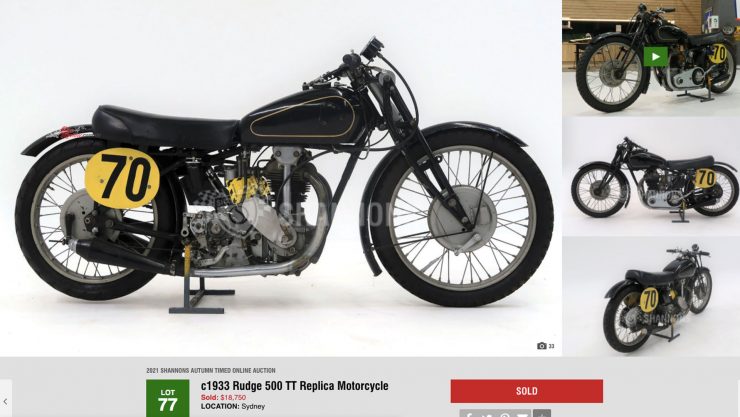 Records were set for number plates and classic cars at Shannons timed online Autumn Auction from April 13-20, which achieved a spectacular $8 million outcome. Plenty of beautiful bikes and cars reached big numbers and all 25 NSW and VIC numerical plates were sold at record prices.

Amongst the motorcycles, the clear standout was a restored 1954 Norton Manx 500cc solo with local and overseas race history that brought $48,000, while a very rare 1933 Rudge 500 TT Replica sold for $18,750 and an amazing 1923 Indian Standard Power Plus Outfit with its original sidecar was purchased in project condition for $19,551. 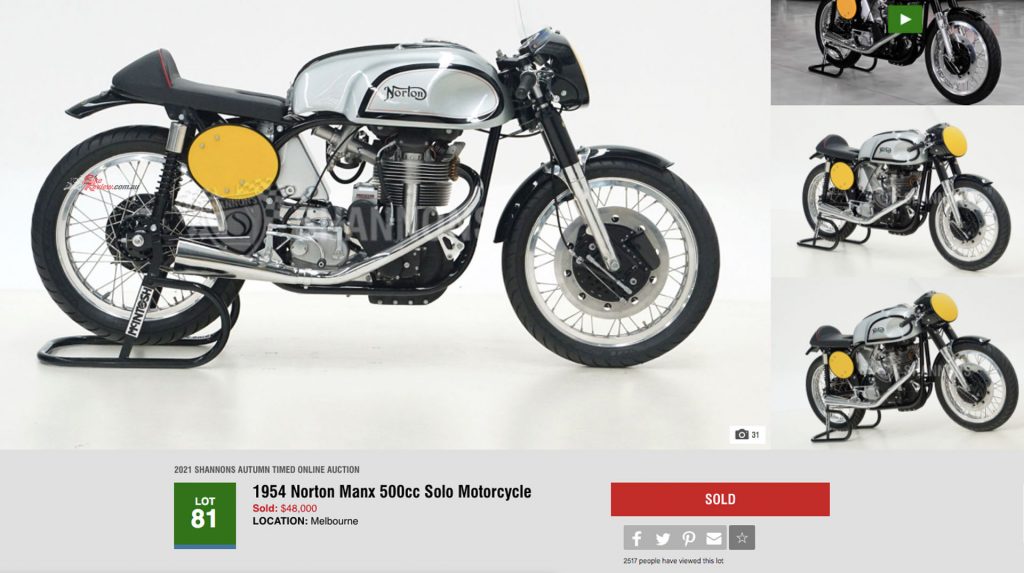 This Norton Manx 500 brought in a whopping $48,000 thanks to its rareness and overseas racing heritage.

Entries are open for Shannons Spring Timed Online Auction – scheduled for 30th August – 7 September 2021. You can submit your vehicle for consideration with one of Australia’s leading classic auction house. Email the Shannons Auctions Team at: auctions@shannons.com.au or call on 13 46 46.

The Shannons winter timed Auction will also begin on the 8th of June and run until the 15th, there will be plenty more vintage and classic vehicles to bid on, be sure to keep your eye out for the catalogue.