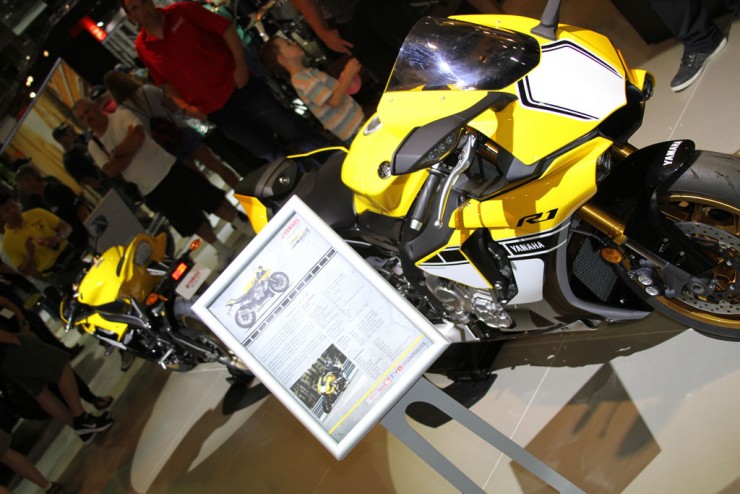 At the 2015 Sydney Motorcycle Show, Yamaha Motor Australia was honoured to have the guest appearance of Aussie motorcycling legend, Kel Carruthers.

With multiple Australian national titles and a 250cc Grand Prix World Championship, Kel has done more than most to put the tuning forks on pole position.

From 1971 through to 1980, Kel mentored Kenny Roberts to multiple US Grand National Championships, as well as three consecutive World Championships. Kel was also the Yamaha US race team manager during that period; his accomplishments as a team manager and race engineer making him one of the most successful in the history of the sport.

Kel’s story is one worth listening to for anyone with a passing interest in the cut and thrust world of professional motorcycle racing.

Watch the interview (above) where Mark Bracks throws some carefully crafted questions at Kel, with Mr Carruthers returning some equally vivid memories of racing around the globe in the ’70s, ’80s and early ’90s.

Upcoming Events
Join the party as we tour around the country showing off classic and current models, and learn more about Yamaha’s 60 years of innovation at these venues: