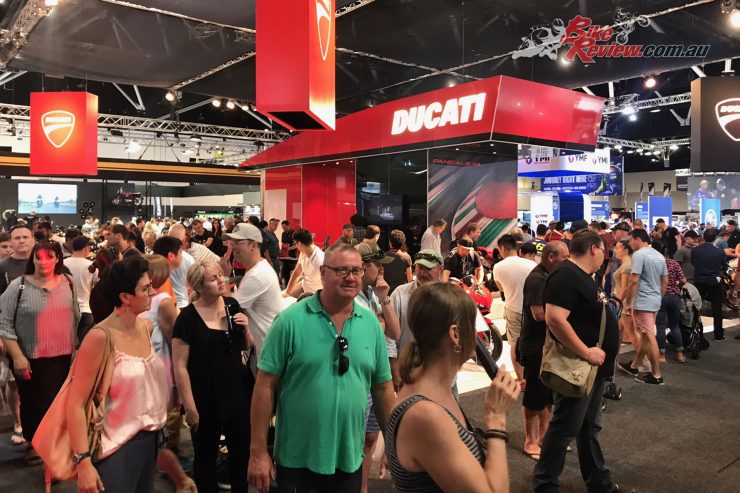 Over 25,000 visitors attended the 2017 Sydney Motorcycle Show presented by Shannons Insurance at the all-new International Convention Centre Sydney (ICC Sydney) over the weekend. Outside the venue, close to 30,000 people filled the Darling Harbour foreshore to witness Robbie Maddison ride the waterbike on Cockle Bay.

The show, which occupied close to 20,000 sqm of exhibition space opened on Friday to large crowds wanting to be amongst the first in Australia to see the covers come off new model motorcycles. 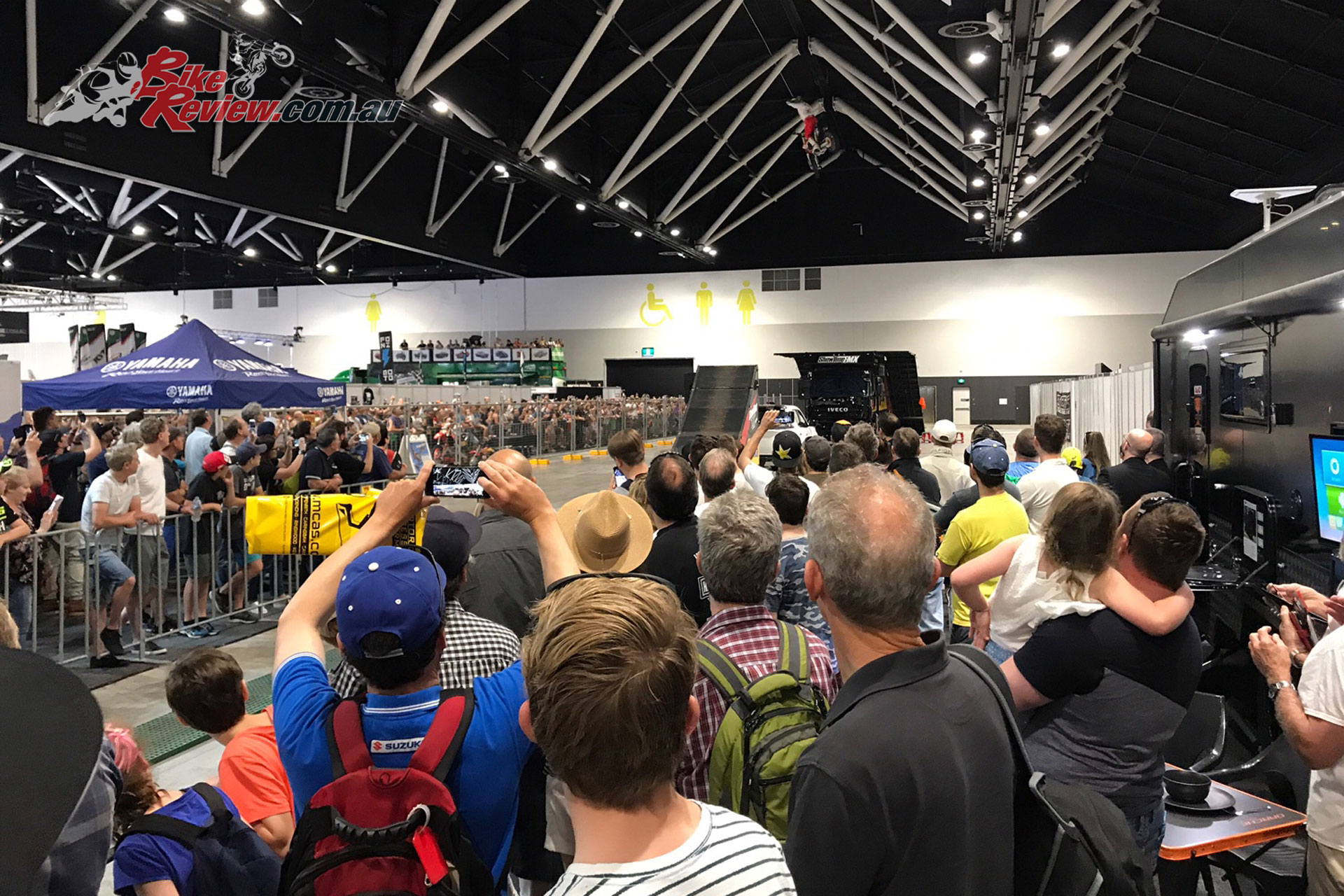 Tony Weber, Chief Executive of the Federal Chamber of Automotive Industries, said bringing the event back to Darling Harbour, together with the high quality of exhibits and the many activities associated with the show, created strong appeal for visitors.

“Our members put in a huge amount of work and from a motorcycle industry perspective, the event delivered a brilliant product showcase,” Mr Weber said. “Having Robbie Maddison riding across the harbour at Cockle Bay almost right outside the front door of the show was another bonus. “The strength of the show was reflected in the large crowds which attended and we look forward to returning to Sydney again in two years’ time,” he added.

The show introduced a number of new initiatives for 2017 which were well received. The inaugural ‘Women in Motorcycling’ sessions hosted on the Shannons Stage by MotoDoll and with special guests Lauren Vickers, the Throttle Dolls, Rhianna Buchanan & Kristie McKinnon were a popular feature with women and men alike. 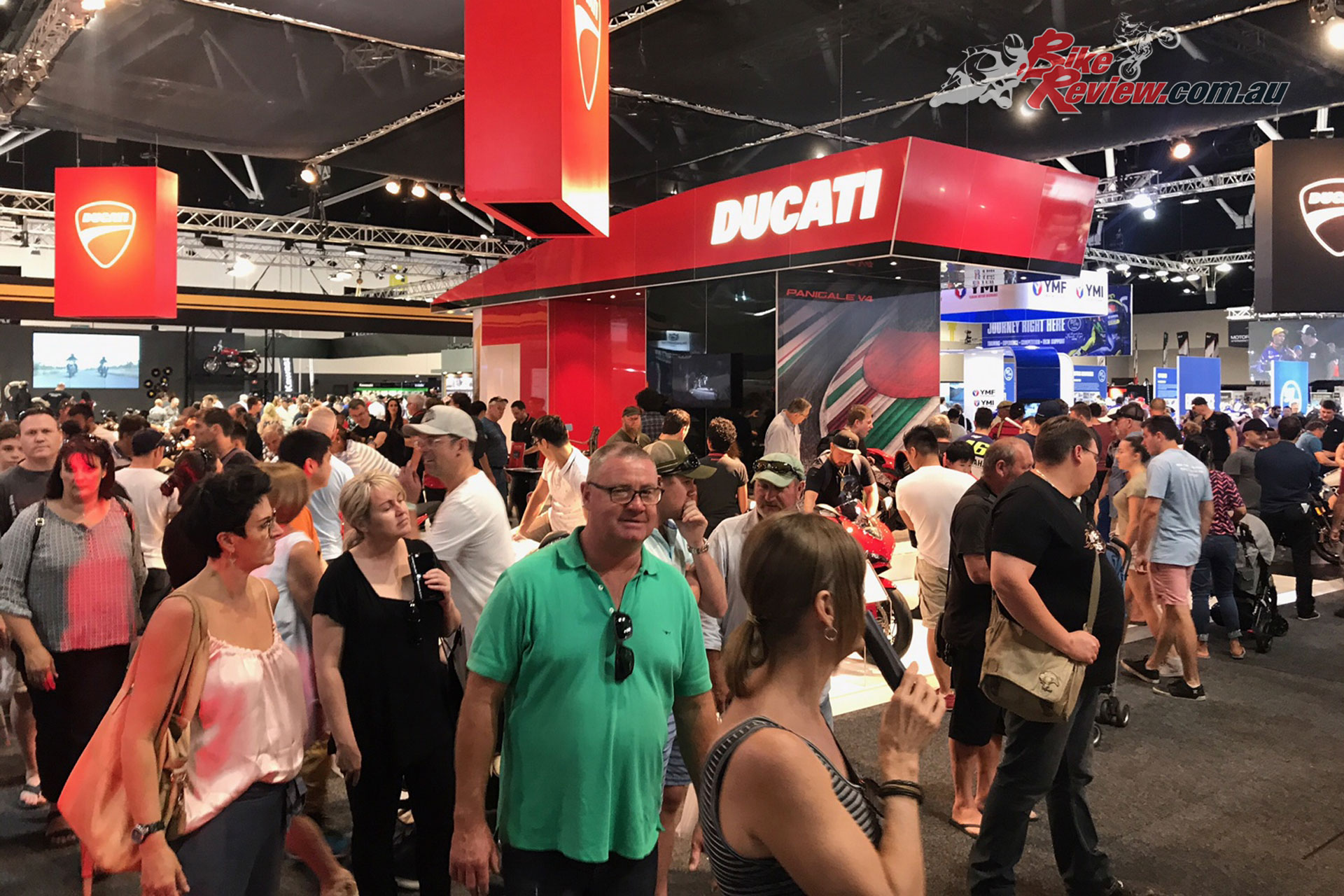 Show-goers were also able to get up close and view sixty-four custom painted helmets by airbrush artist Mark Brown of Browns Grafix while seven hyper-realism artworks by emerging Queensland artist Kris Hartas hung in one of the entries to the exhibition hall.

A special online auction of one of Hartas artworks featuring the 2008 championship winning Ducati of three-time Superbike World Champion Troy Bayliss’ is currently being auctioned on eBay to raise awareness for Beyond Blue. Bidding on the unique piece will close at 9.40am (AEST) on Monday 4 December. Fifty percent of the proceeds will be donated to Beyond Blue with the final fifty percent to go to the artist.

Event Organiser Troy Bayliss hailed the event as the best Sydney show he had been involved in. “This was the best Sydney show I have been involved in,” Bayliss said. “The location in the heart of Sydney is absolutely fantastic. It was a great layout and provided something for everyone. Visitors got to experience the show, enjoy the event deck and bar, and be entertained by Robbie Maddison who put smiles on people faces as he rode his waterbike around Cockle Bay.”

All eyes now turn to Moto Expo Melbourne which will be held at Melbourne Showgrounds on 23 – 25th November 2018.