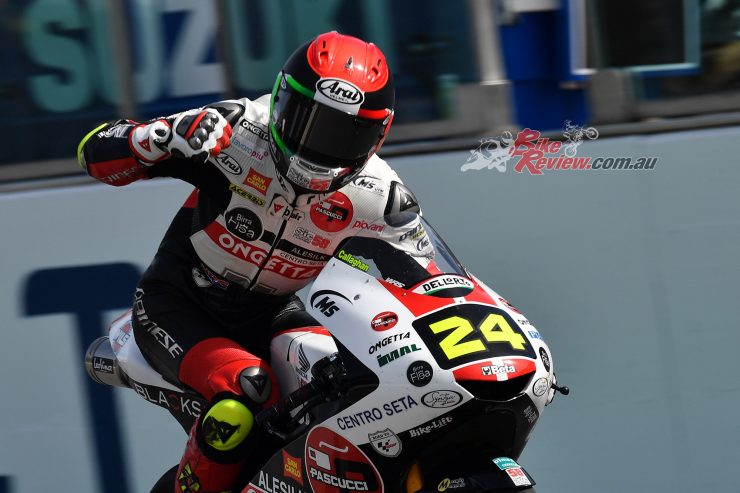 Tatsuki Suzuki scores pole and an emotional win in Misano 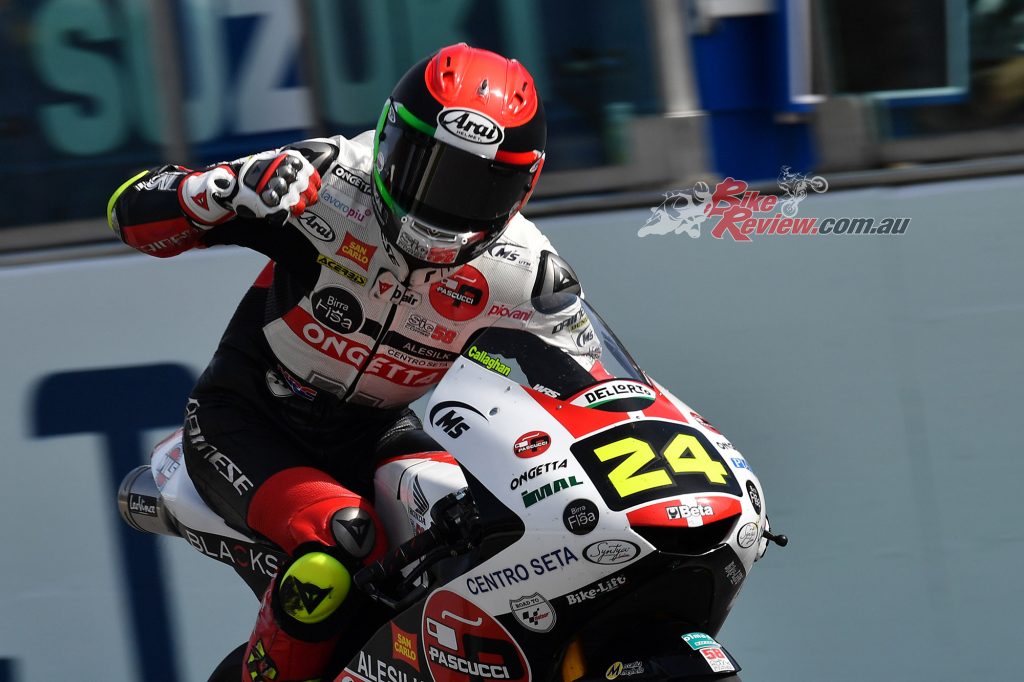 Suzuki started on pole and front and centre is where he remained off the line, with Arbolino initially leapfrogging Canet before exchanging the lead with Suzuki. The riders settled on the opening couple of laps but there was to be plenty of drama to come.

Running third on Lap 4, Canet suddenly slowed. The man sitting second in the Championship had an issue with his KTM heading down into Turn 8, with Niccolo Antonelli (SIC58 Squadra Corse) and Celestino Vietti (Sky Racing Team VR46) then crashing out at the exit of Turn 5. A helpless Canet coasted back to the pits as his title hopes took another hit and despite getting going again briefly, he would ultimately retire.

That left Lorenzo Dalla Porta with an open goal and after a chaotic lap, he was in third but Suzuki and Arbolino were now a second up the road. WWR’s Jaume Masia and Andrea Migno were on the prowl too as the duo joined Dalla Porta in trying to close the leaders down. They did, and by Lap 8 there was a lead group of five starting to lock horns as the battle heated up. The lead group were 1.5 clear of the chasing pack, but once Ai Ogura (Honda Team Asia) was able to get into P6, the Japanese rookie started making headway.

With eight laps, to go Ogura was seven-tenths faster than race leader Suzuki. The Honda rider had reeled in the leaders and seeing Ogura’s rapid progress, McPhee then put the pedal to the metal and started to make ground on the front runners, a stunning recovery after having been P18 on Lap 1. With six to go, the top seven were all together and a Moto3™ royal rumble was boiling up at Misano.

Dalla Porta was in the thick of it, but the Italian was given a track limits warning to take into consideration in the heat of battle – and that would ultimately bite back later in the race. With six laps to go, Suzuki surrendered the lead to Masia but the Spaniard slipped to seventh over only a few corners a few laps later, with the Japanese rider then back in the driver’s seat. Heading onto the last lap that remained the case, as Suzuki led Arbolino.

Dalla Porta and Masia dueled at Turn 2 just behind and that ultimately cost them a podium place as they slipped to over half a second back, and then there was drama at Turn 8. Migno tagged the back of Arbolino and crashed, taking Ogura with him. What did that mean? Suzuki vs Arbolino vs McPhee. 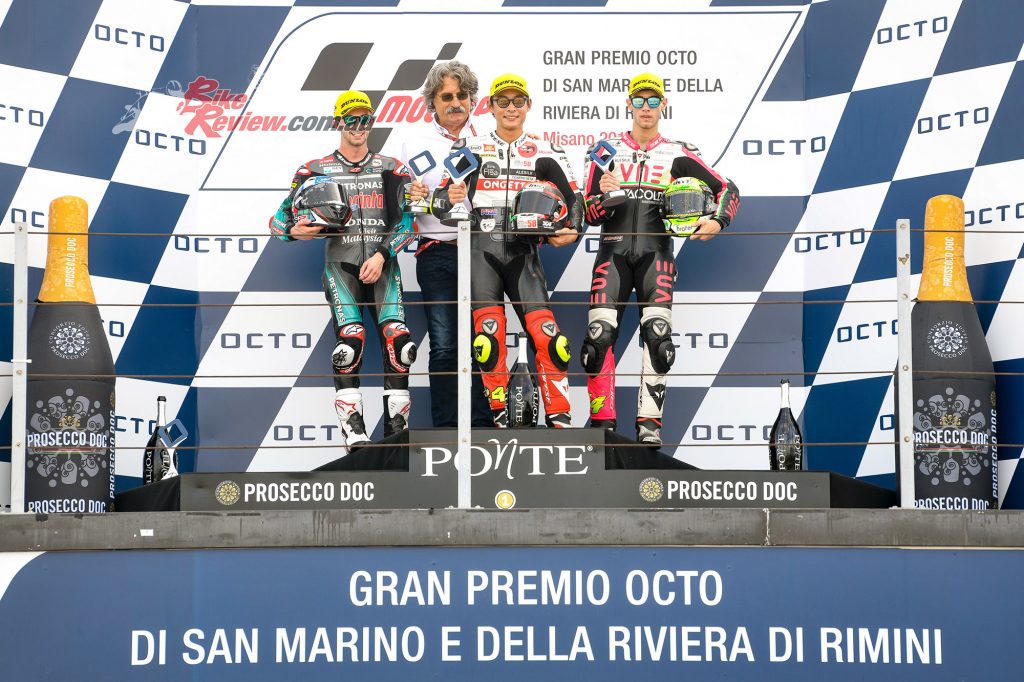 The Brit attacked Arbolino at Turn 12, but Suzuki remained untouched, and the Japanese rider put in a faultless final lap to take his maiden win at his team’s home race, at the track named after Marco Simoncelli – emotional and fitting for ‘Callaghan’. McPhee completed his stunning comeback in second, leaving Arbolino to complete the podium in third – although the Italian makes serious gains on Canet in the Championship, now only eight points off the second-placed Spaniard.

Masia claimed P4 as Dalla Porta was penalised three seconds for exceeding track limits – damaging for the Championship as he was classified in P8. That lifted home hero Dennis Foggia (Sky Racing Team VR46) up to P5, with Gabriel Rodrigo (Kömmerling Gresini Moto3) taking an impressive sixth on his comeback from injury, having started in a lowly P16. Because of his teammate’s penalty, Silverstone winner Marcos Ramirez (Leopard Racing) takes a P7, just ahead of Dalla Porta.

Tatsuki Suzuki: “This weekend…every single thing was a first time. First pole, first victory and at the track named after Marco with me riding for his father’s team. I was crying in my helmet when I came back to parc ferme. I want to thank my team and family who support me even in the difficult moments, finally I’ve finished first and it’s really fantastic.”