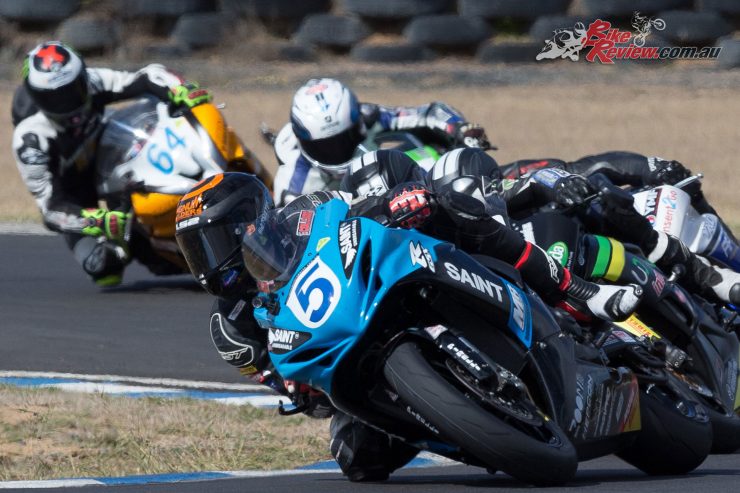 The Motul Supersport class was treated to a full house of spectators when racing commenced in the sunshine today. After Mark Chiodo (Repsol Gas Racing, Triumph 675R) proving yesterday to be the man to beat in qualifying, the action on track did not disappoint. 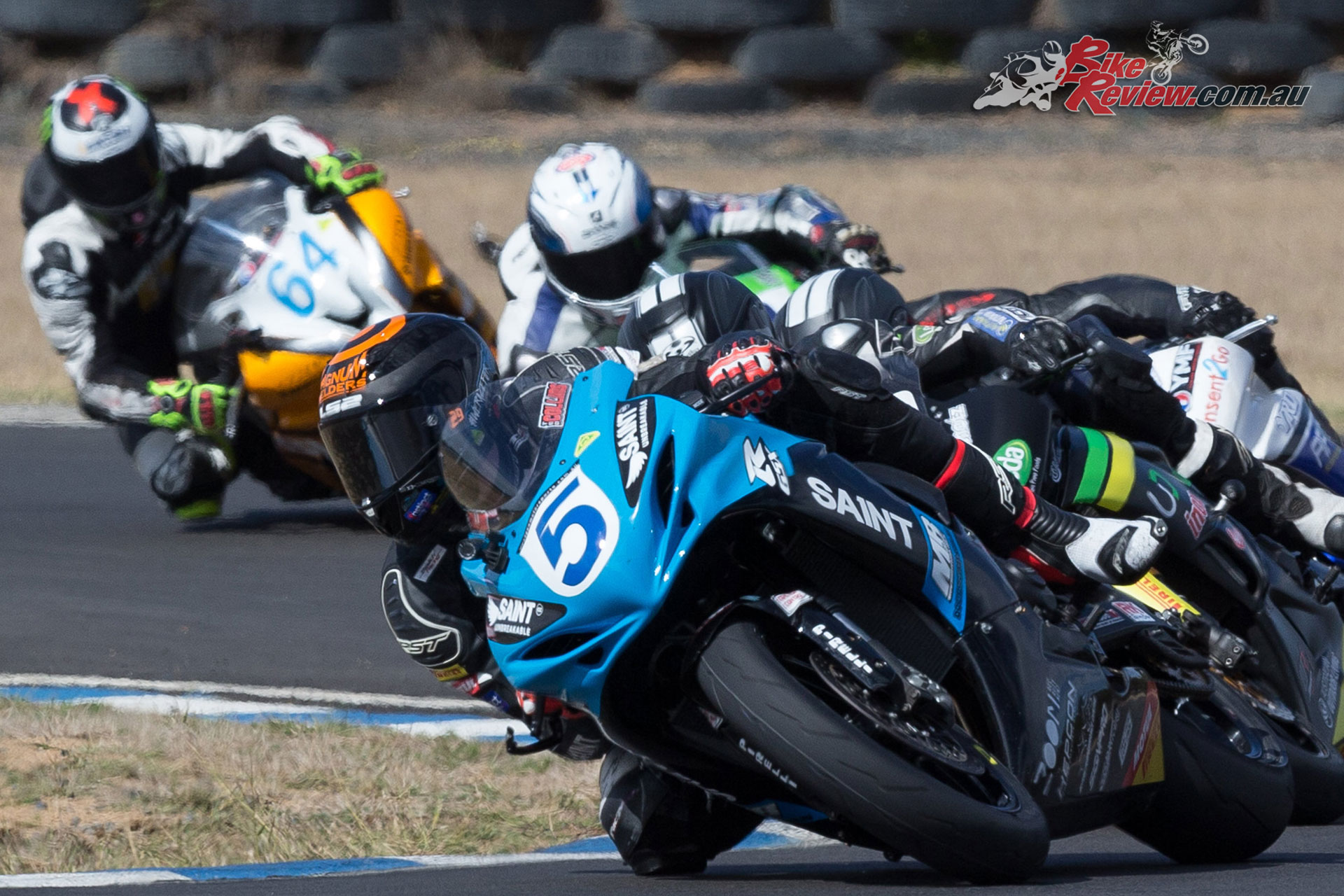 Collins took the Race One victory, with an excellent start setting him up for the win. Collins, who has been suffering from a bout of the flu and an injured shoulder, was simply unbeatable in Race One.

The highlight of the race was the battle between the top three for the podium positions. Collins managed to get the hole shot into turn one, with Chiodo falling back to third position. Compared to his recent starts of late, maintaining a top three position was a more positive start to the race for the Triumph Daytona rider. Tom Toparis (Cube Racing, Kawasaki ZX6R) also had an excellent start, moving all the way up to second.

The top trio looked destined to fight all the way to the finish, however Collins waited until the last quarter of the race to make his move. With incredible corner speed and a finely tuned Suzuki machine, Collins smashed the race lap record by over a second and built a sizable gap to Chiodo.

With three laps to go, Chiodo was losing touch with Collins and was coming under pressure from a charging Toparis. Chiodo tipped into a corner with too much front brake and lost the front, crashing with less than a handful of laps left. The crash elevated Toparis and Nic Liminton (Race Center, Yamaha YZF-R6) up into a podium placing.

As the race concluded it would be a Pirelli tyres clean sweep, with Collins to take a win to remember, followed by Toparis and Liminton.

Collins once again took the Motul Supersport Race Two. Despite not taking the lead into turn one this time, Collins bided his time and waited for his opportunity to arise. 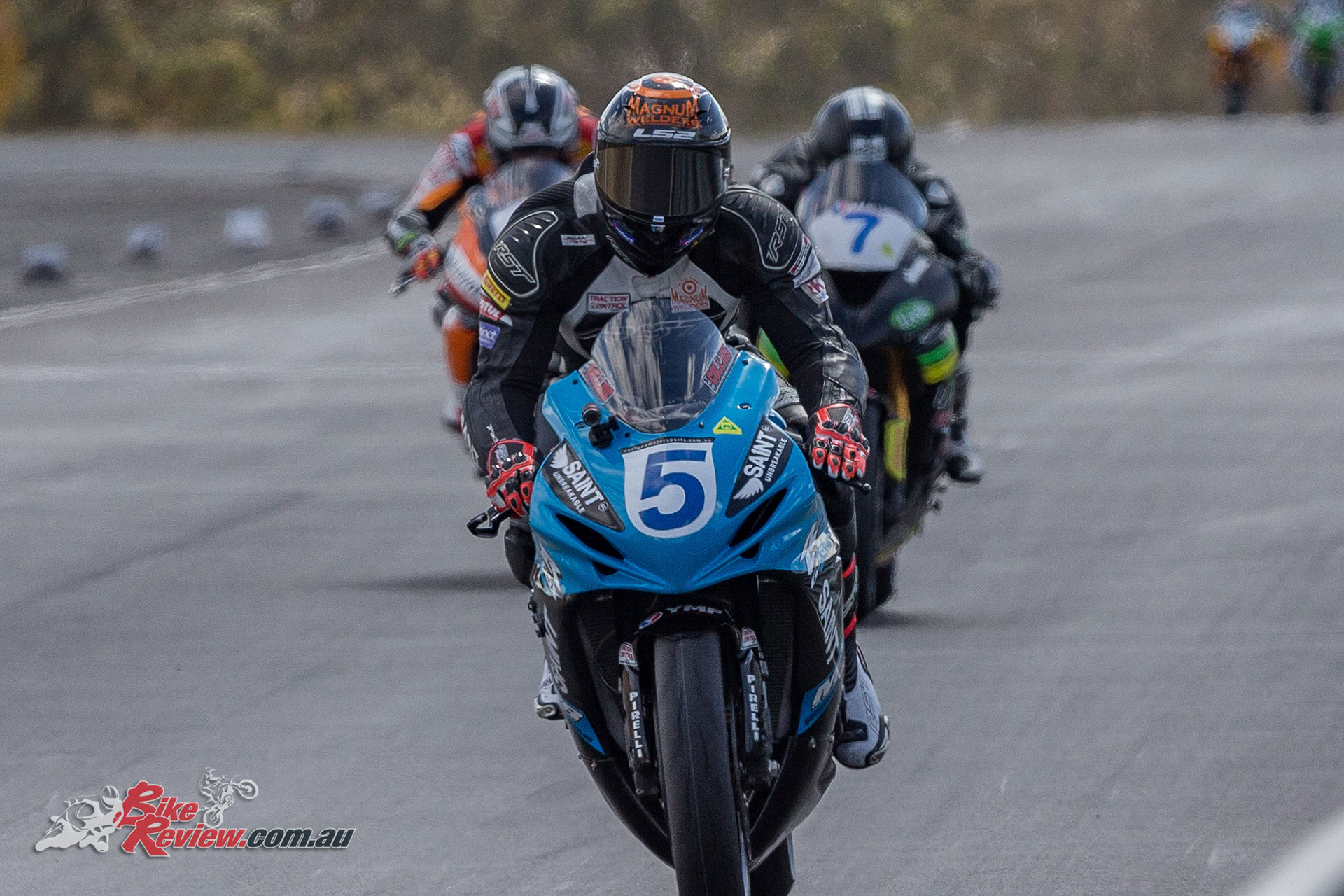 For the start of the race it would be Chris Quinn (Coopers HXR, Yamaha YZF-R6) to temporarily lead the race but it wouldn’t be long for Chiodo to once again lead. Following close behind was Collins.

After overtaking Quinn, Collins moved up into second position. The movement for Collins to strike came with Chiodo once again crashed, this time high siding on lap six, in turn handing the lead to Collins.

Behind Collins a great battle was raging behind with Mason Coote (Aark Racing,Yamaha YZF-R6) and Quinn that was raging until the final lap of the race. On the last lap Quinn managed to dive up the inside of Coote, but Coote was able to return the favour with an overtake at Suzuki corner.

Toparis would return to the pits with technical issues, leaving the Cube Racing rider failing to score points for Sunday’s race.

Collins would take the win with a three second gap to his nearest challenger. Coote would take second place while Quinn was the final podium place getter.

Ted Collins saying, “I can guarantee that one wasn’t easy, but I worked my way through the pack, the team has been awesome! From our pace on Friday to our wins on Sunday, it was a big turnaround.”

As a result of the win Collins now has 232 points in the Championship, Coote 164 and Toparis 156 after failing to score points in Race Two.

Mason Coote saying, “Quinn and I were both on the limit at the end. I was able to capitalise on a small mistake he made on the last lap. It’s great to be up here on the podium as I haven’t had one since Round 2, I’ve never raced here before so its a credit to the team for setting up the bike” 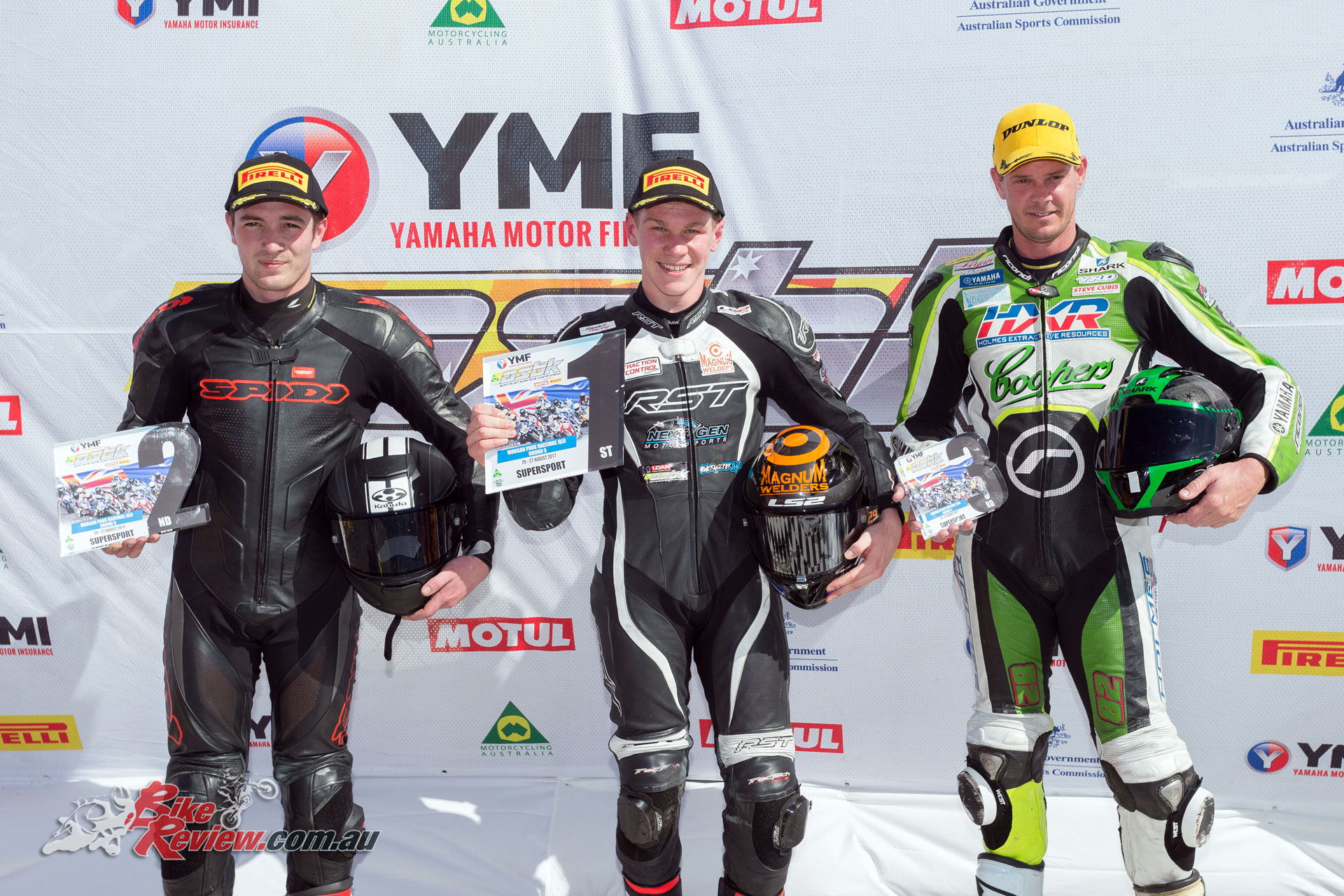