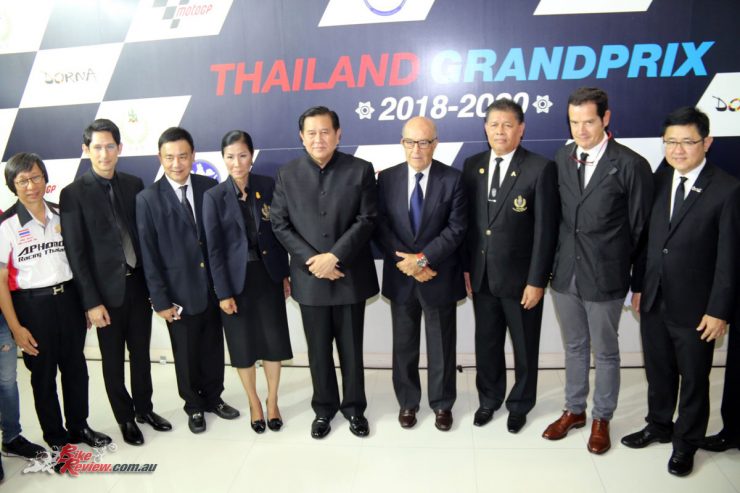 Thailand confirmed on the MotoGP calendar

Thailand has been confirmed on the MotoGP calendar from 2018. Sakon Wannapong, the Governor of Sport Authority of Thailand, and Carmelo Ezpeleta, Dorna Sports CEO, signed the contract in a ceremony in Bangkok.

The ceremony was chaired by his excellency General Tanasak Patimapragorn, Deputy Prime Minister of Thailand, with Pongpanu Svetarundra, Ministry of Tourism and Sports, also in attendance for the historic occasion. More than 200 members of the media gathered at the event in a new market for the World Championship, with interest in Thailand incredibly high as they prepare to welcome MotoGP.

With the deal now finalised, the Thai Grand Prix will be staged in Buriram, north east of Bangkok, from 2018 – with the initial deal sealing it as a fixture until 2020.

General Tanasak Patimapragorn, Deputy Prime Minister of Thailand saying “We are happy that MotoGP is coming to Thailand and you can see that this is a very good deal for everyone, and all the stakeholders in motorsport fully support it. Even though they are competitors, they have all come together and would like MotoGP to happen in Thailand. We would like to say thank you the circuit of Buriram and to Carmelo, and thank you to the media. There are a lot of media here today, and that means that a lot of people will be very interested in the race.

“It is a challenge for Thailand to be the host of MotoGP, but beyond the circuit, it will also be good for infrastructure of Thailand – to upgrade the airport, to get ready for everyone to go to the circuit. Not only for Buriram, but also the area and the north eastern part of Thailand. They welcome this major event to the north east, and believe the economic and the tourist impact will be very good for Thailand. Thank you to Dorna Sports for coming to Thailand with MotoGP.” 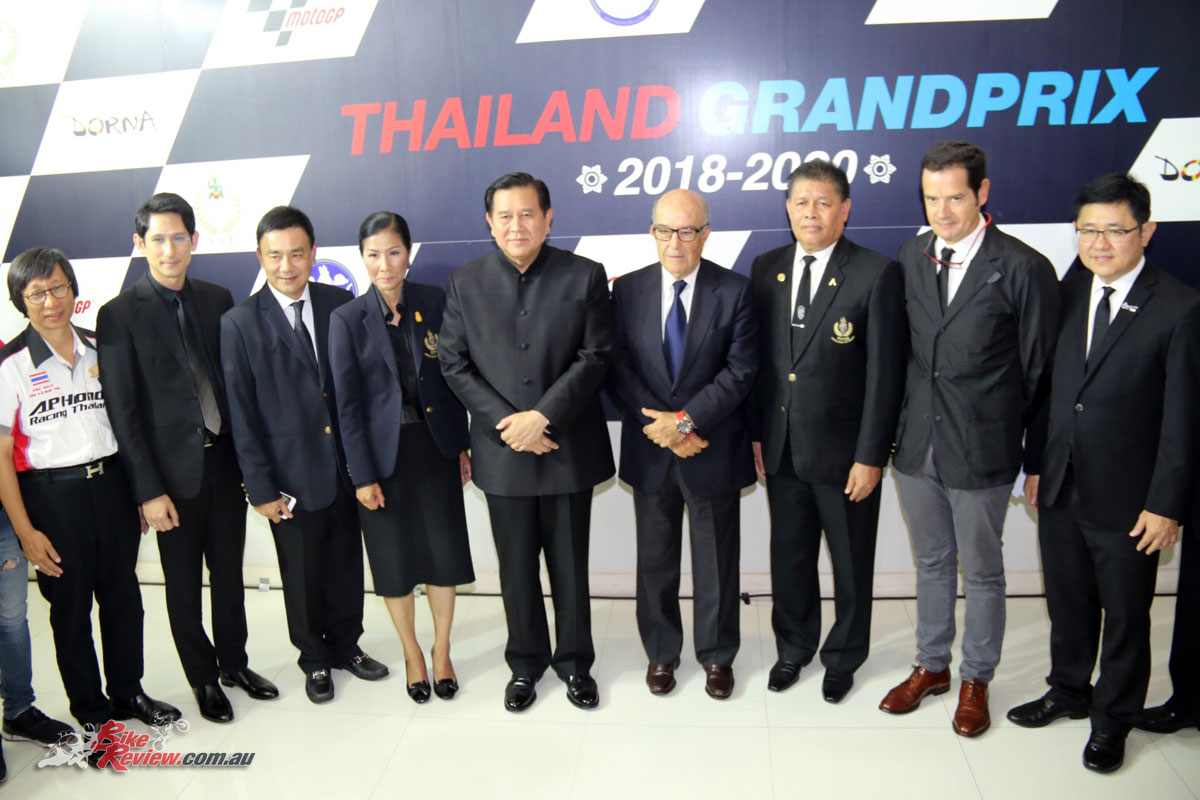 Carmelo Ezpeleta, CEO Dorna Sports added, “Today the Sports Authority of Thailand and Dorna Sports signed the contract for the Grand Prix of Thailand to be at the circuit in Buriram from 2018 to 2020. Thailand is a big consumer of bikes also and they are happy to use MotoGP to develop tourism here in Thailand. We are very proud to have made this agreement with the Thai government.

“The races here so far have been Superbike – who will also renew the contract in the near future – and we see that there’s a lot of expectation. MotoGP has had a lot of interest in Thailand, and it’s sure to be a Grand Prix with a lot of interest from everyone. We need to fix some of the dates but the calendar is finished, and I hope we can soon announce the draft calendar for 2018.”