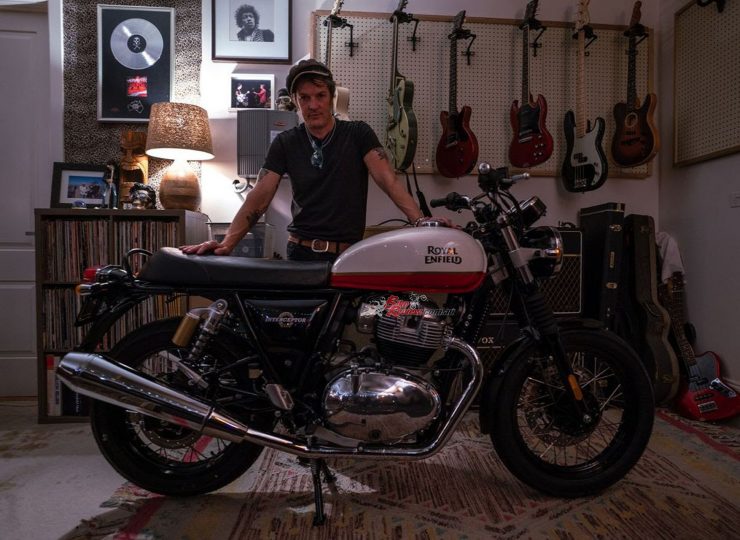 The Living End’s Chris Cheney Jumps On a Royal Enfield

Co-Founder, Guitarist, Songwriter and Lead Vocalist of one of Australia’s greatest Bands “The Living End“, Melbourne’s very own local legend Chris Cheney just bought himself his first motorcycle and he sat down with Royal Enfield to talk his brand spanking new Royal Enfield Interceptor 650 Twin. 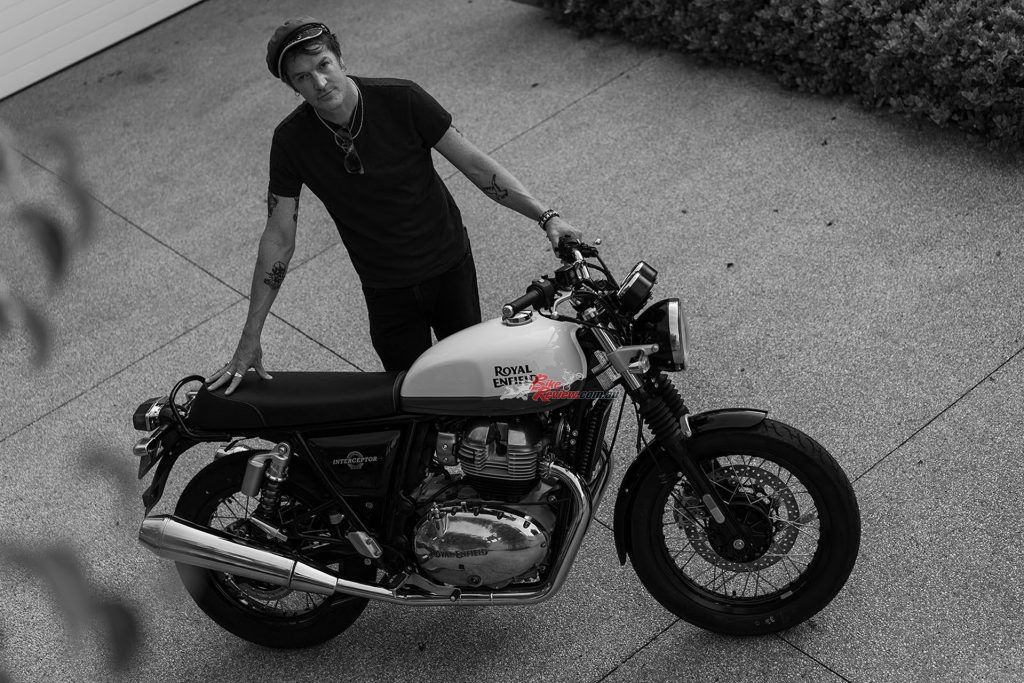 Chris Cheney has gotten his motorcycle licence at age 46 and has chosen a Royal Enfield as his first bike.

Having lived in LA for the past few years, Chris and family recently moved back to Melbourne where he just celebrated his 46th Birthday and wife Emma surprised him with a voucher to attain a Motorcycle Learner’s Permit, a longtime dream of Chris’. Royal Enfield asked him a few questions about his motorcycle and motorcycling. 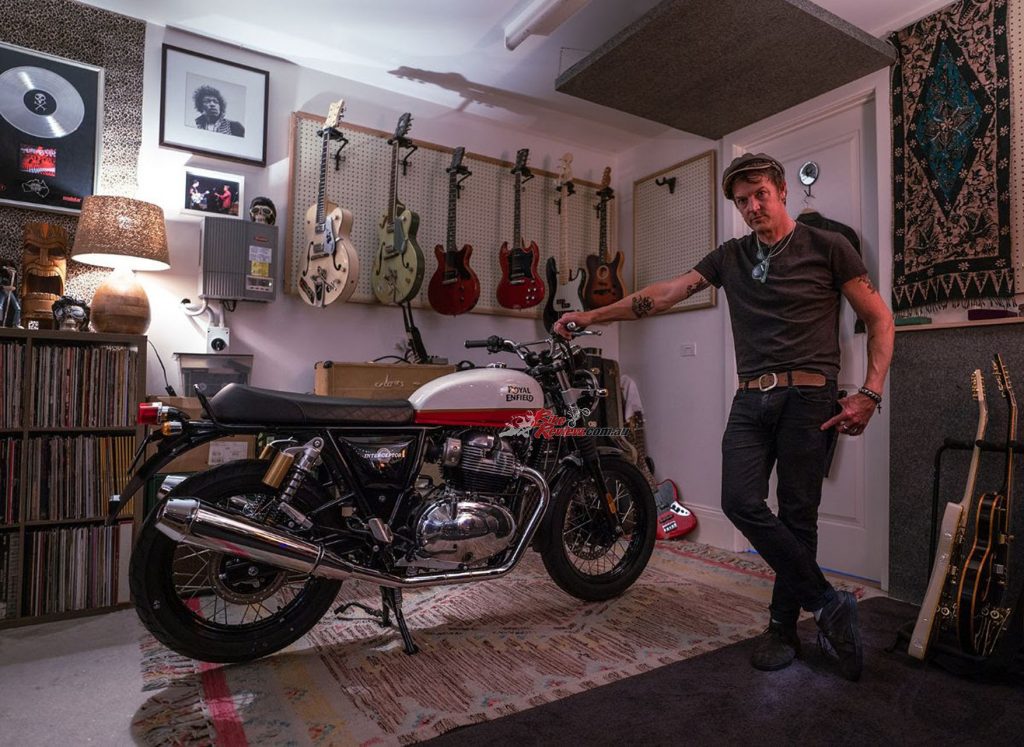 His love for bikes stems from his fathers 500 Manx Norton that he travelled around the globe racing.

Royal Enfield – What was your first Motorcycling experience?

Chris Cheney – “As far back as I can remember I always had an awareness and love for motorcycles. When My dad was in his 20’s he raced a 500 Manx Norton and travelled around Australia as well as Europe and Spain. He had given up racing long before he had kids but remained an enthusiast.”

“We would travel to Mt Panorama every Easter to watch the motorbike races and they were some of the best memories growing up. The smell and deafening sound of the bikes hurtling around that mountain was incredibly exciting to watch. My hero was Roger Freeth and we always stayed at the same motel he did so I remember meeting him each year and we used to give him Easter eggs.” 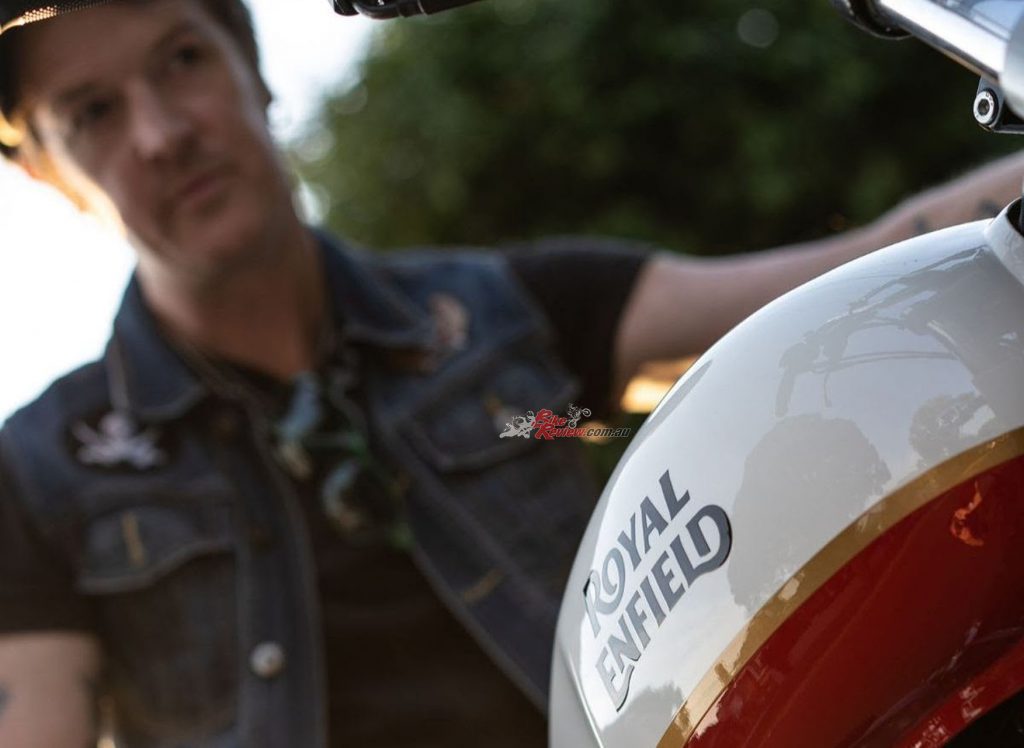 The Intercept 650 was the perfect choice for Cheney as he loved old bikes but needed something reliable.

Chris Cheney – “I’ve always liked the look and sound of old motorcycles, particularly the British 50’s and 60’s style. Motorbikes that actually look and sound like motorbikes, not all plastic and polite. Once I decided to actually get a bike I test rode a couple of Enfields at Mid Life Cycles in Richmond and loved them. The interceptor and GT were right up my alley. I’m a big fan of vintage guitars and Amplifiers and the Enfields just have that same style and feel to me as an an old 1950’s Gretsch guitar. They’re beautifully made but they growl when they need to.” 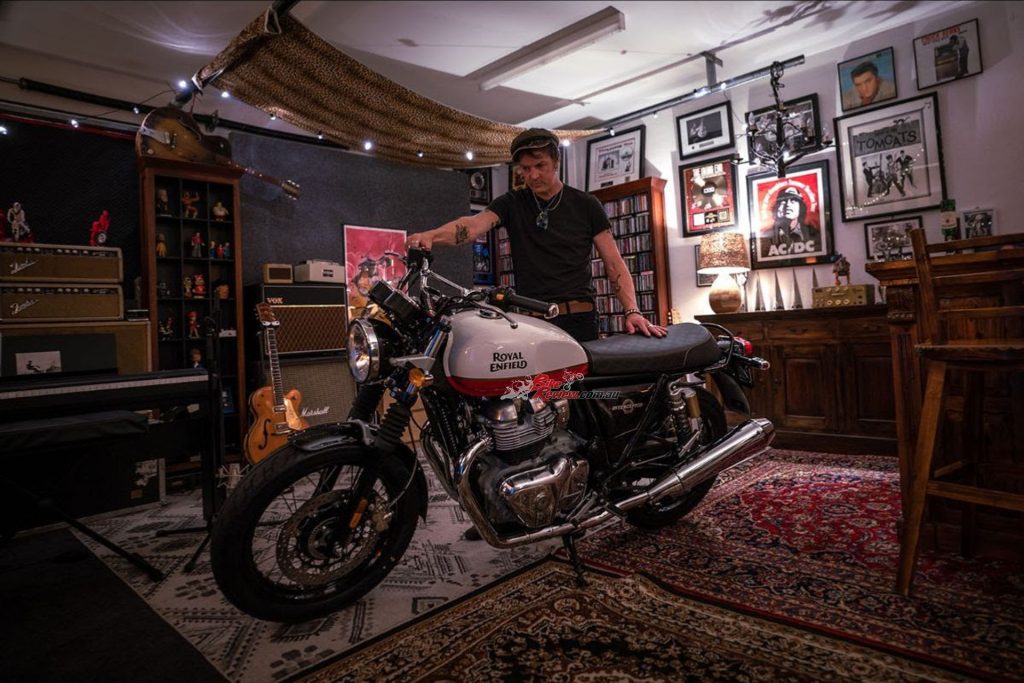 Jumping on a bike at age 46 came after his wife bought him a voucher for the two day learner licence course.

Royal Enfield – Why did you decide to get your Motorcycle licence at 46?

Chris Cheney – “Better late than never! I think because my dad had raced bikes and had seen first hand the danger attached he never encouraged me! I’ve always been interested in them though but I guess I just never got around to it until now. My wife bought me the 2 day license course and gave me the hand book and was like here you go, go and tick this off the bucket list.” 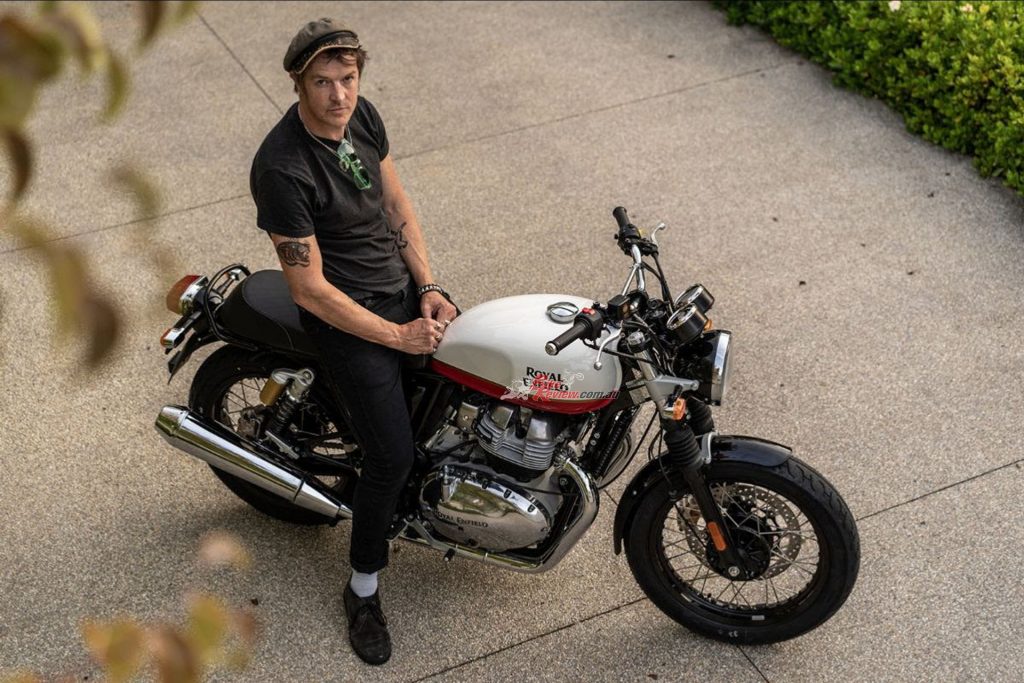 “It’s just a hobby really. I don’t plan on doing long distance travel trips. I like the idea that there’s a whole scene and lifestyle that goes with these bikes”

Royal Enfield – What are the plans for your Motorcycling future?

Chris Cheney – “It’s just a hobby really. I don’t plan on doing long distance travel trips. I like the idea that there’s a whole scene and lifestyle that goes with these bikes, particularly the Royal Enfields. There’s a really great community of like minded people who enjoy the craftsmanship and aesthetics of the cafe racer style.” 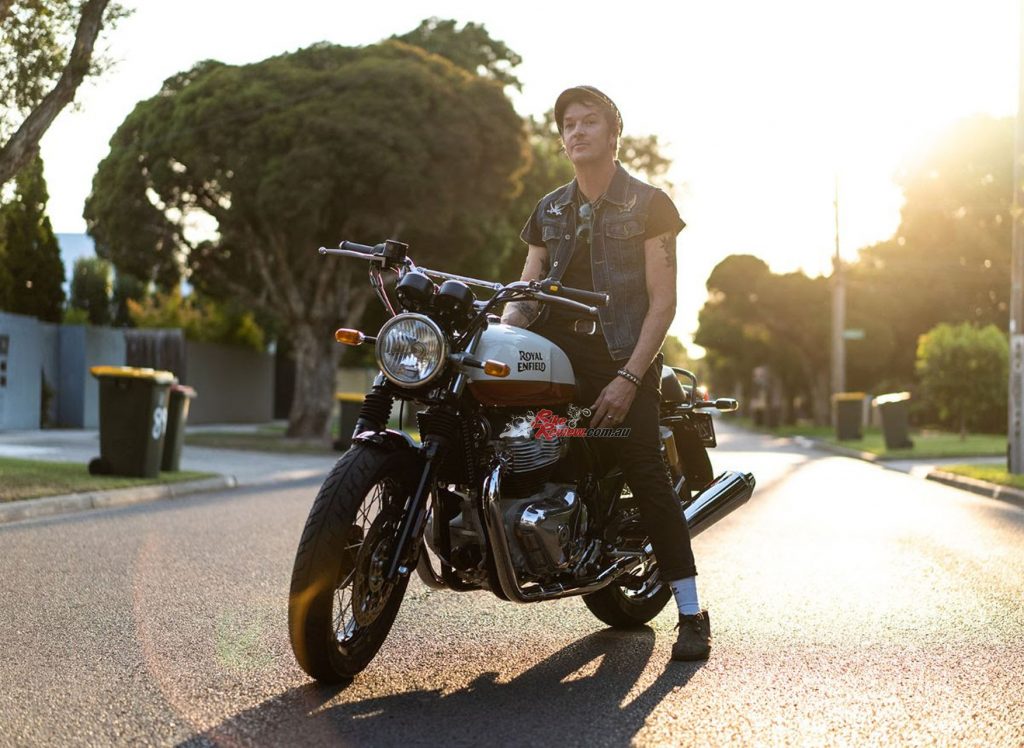 Cheney’s solo album will be out soon. Check out The Living End’s website to catch up on some classic Australian Rock.

Royal Enfield – What is next for Chris Cheney and The Living End?

Chris Cheney – “The band is going great! We’re lucky to still be doing it and it blows me away that Scott and I started this band when we’re about 14 years old!! Despite not being able to play as much as we’d like due to restrictions etc We just started working on some new material when the pandemic hit so looking forward to getting back into that ASAP. I have a solo album that is getting geared up for release and I’ve been doing some touring with that.”