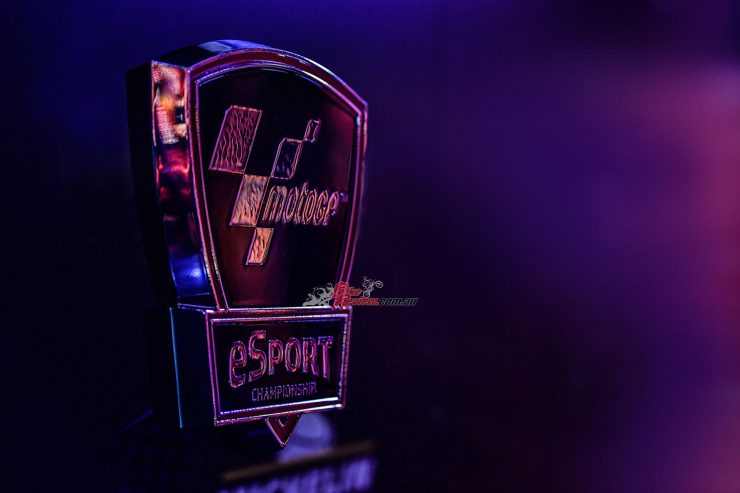 the MotoGP eSport Championship returns for 2021

Further expanded and more hotly-contested than ever, the MotoGP eSport Championship is back for 2021 with an expanded format and a host of new, exciting challenges designed to test the ability of gamers from around the world on the offical MotoGP game. 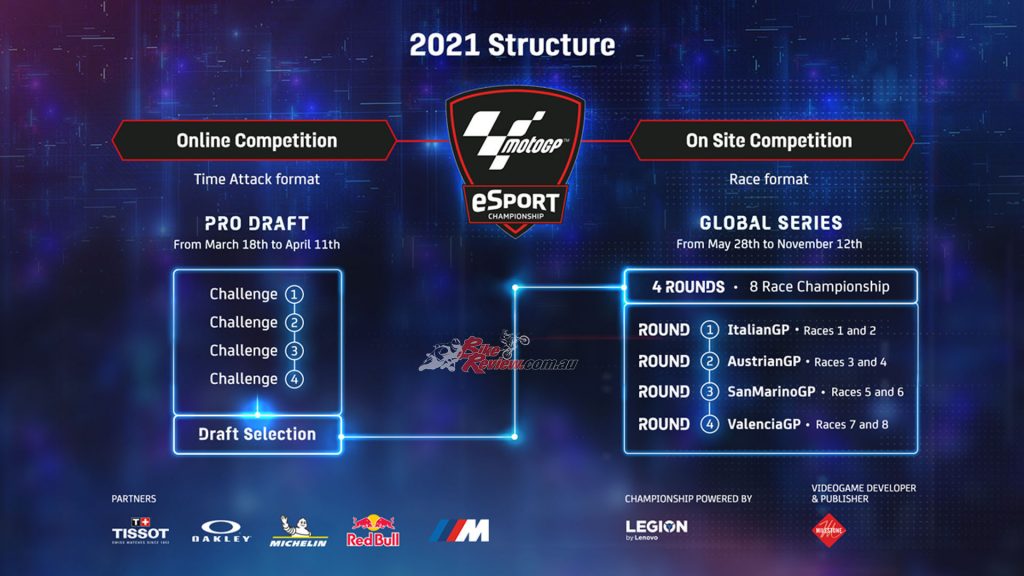 Gamers will have to go through a series of heats to determine the best players in the world.

Kicking on from a highly successful 2020, this year marks the series’ fifth season. Recent figures show the MotoGP eSport Championship is not only increasing in size but also continuing to build its audience. MotoGP say that Since 2017 the championship has accumulated 80 million video views, 338 million impressions and 10.5 million engagements.

The slickly-produced format of its dramatic Global Series showdowns – aired by 16 broadcasters across the globe – also resulted in MotoGP’s eSport competition being nominated for the prestigious Sports Technology Awards in 2020, in the ‘Use of Esports by a Sports Brand’ category. With continued growth and evolution, as well as current MotoGP teams placing greater importance on the performance of its representative in the Global Series, little wonder. 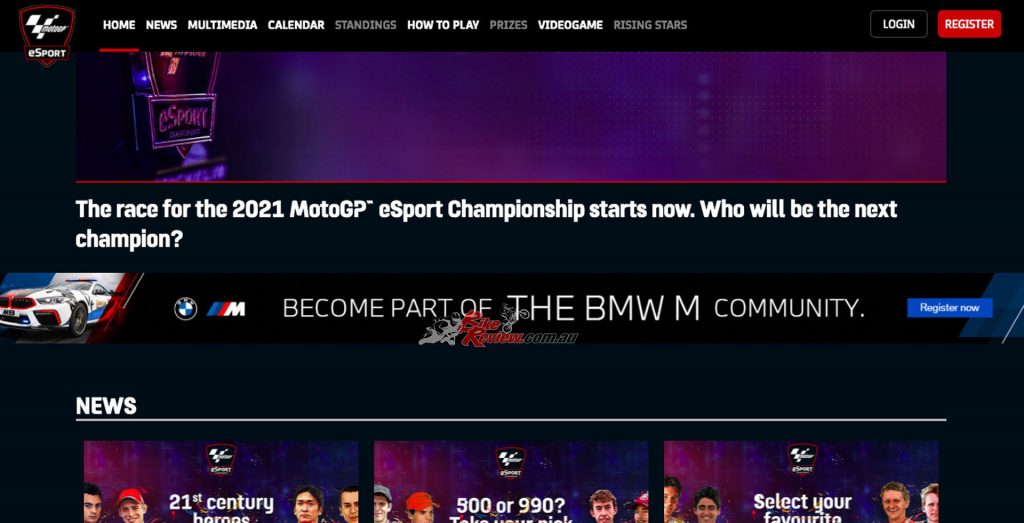 Registration and more info can be found on the MotoGP eSports website.

In 2021 the MotoGP™ eSport Championship will once again be played on the Official MotoGP videogame from videogame developer, publisher and longstanding partner Milestone, and the Pro Draft kicks off in March as four Online Challenges decide which names make it into the next phase, the Pro Draft Selection. A total of 22 names can qualify for this phase (with the three winners of last year’s Rising Stars Series also achieving a place, meaning there will be 25 in total), where MotoGP™ teams pick the competitor to represent them in the main event: the Global Series.

The Global Series will move the competition from online to on-site in May, with gamers competing for both the Championship crown and some incredible prizes – including a BMW M performance automobile as first prize, provided by MotoGP eSport partner BMW M.

The full interactive calendar will be available soon.

This year’s Global Series will consist of eight races held across four rounds from May to November. The current plan is to have on site events, from the Italian  Gran Premio d’Italia Oakley (28th May), the Motorrad Grand Prix von Österreich (13th August) and the Gran Premio Octo di San Marino e della Riviera di Rimini (17th September). As ever, Valencia and the Gran Premio Motul de la Comunitat Valenciana (12th November) will host the season finale, although these events taking place on site are dependent on the current global situation.  Check out the full calendar here.