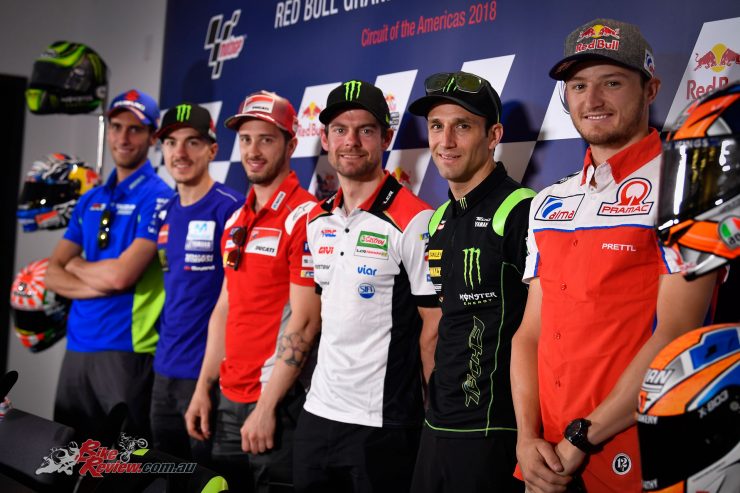 Ahead of the Red Bull Grand Prix of the Americas, it was time to talk, with the pre-event Press Conference bringing together Championship leader Cal Crutchlow (LCR Honda Castrol).

In addition, there were two debriefs shown live on Thursday – those of reigning Champion Marc Marquez (Repsol Honda Team) and nine-time World Champion Valentino Rossi (Movistar Yamaha MotoGP). And Marquez went first, with the Spaniard speaking ahead of the Press Conference. 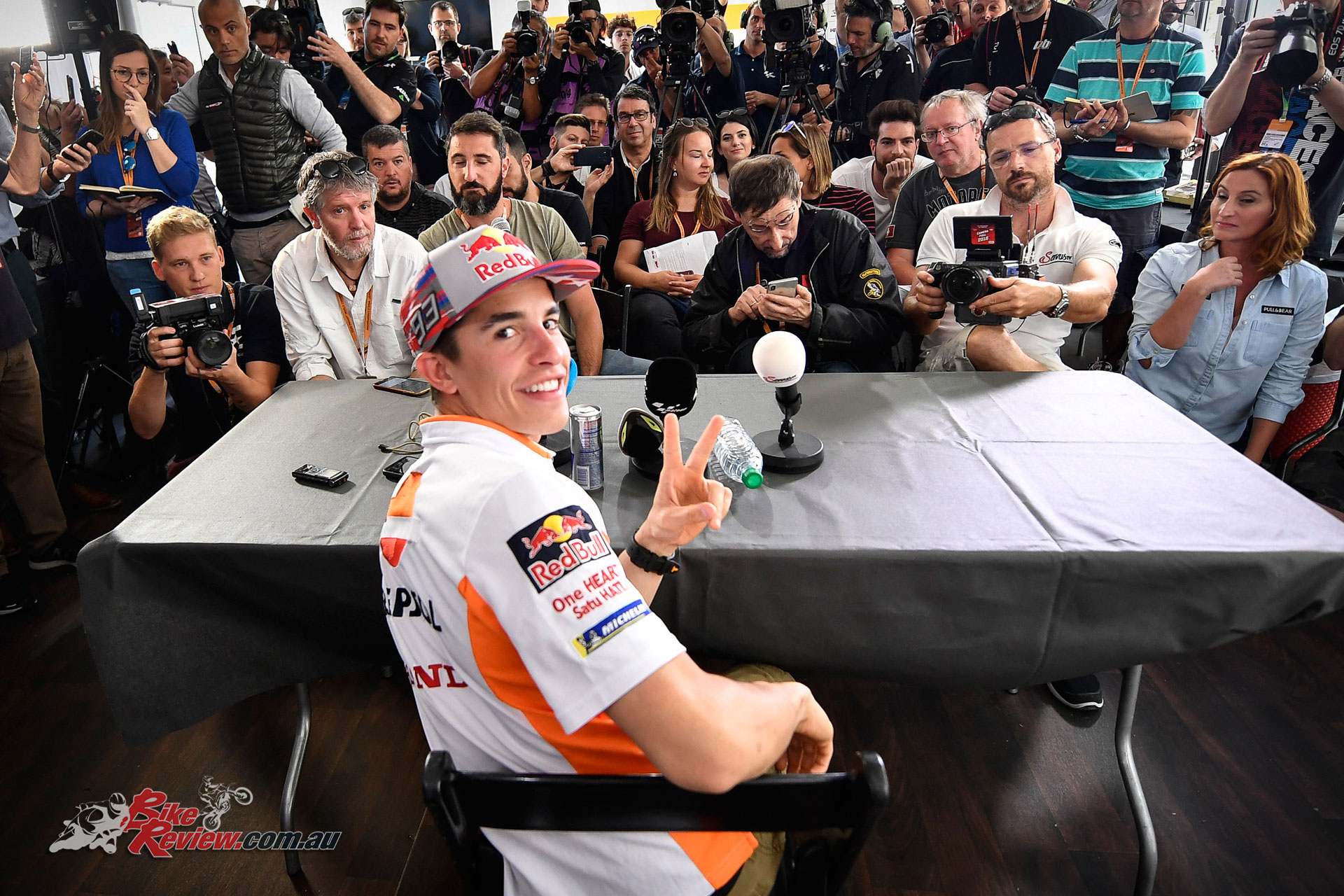 “The race weekend in Argentina and especially Sunday was very tricky for the conditions, and a lot of things happened during the race weekend,” said the Repsol Honda rider. “But I’m a rider and a person who likes to improve and especially learn from everything. And I think from that race day everybody can learn a lot. In Argentina I did and said everything I believed in at the time, and I continue believing in it. I‘m a rider and person who likes to improve and learn from, in this case, mistakes. A lot of things happened. I made mistakes, I was penalised and I went to apologise. We’re riders, we’re people and we all make mistakes. It’s a competition at the limit, and the track conditions were at the limit. So you learn from the bad and the good, and make sure it doesn’t happen again.”

Rossi, meanwhile, spoke after the Press Conference, and was similarly concentrating on looking forward rather than back – and likewise affirmed his opinions from Termas de Rio Hondo. 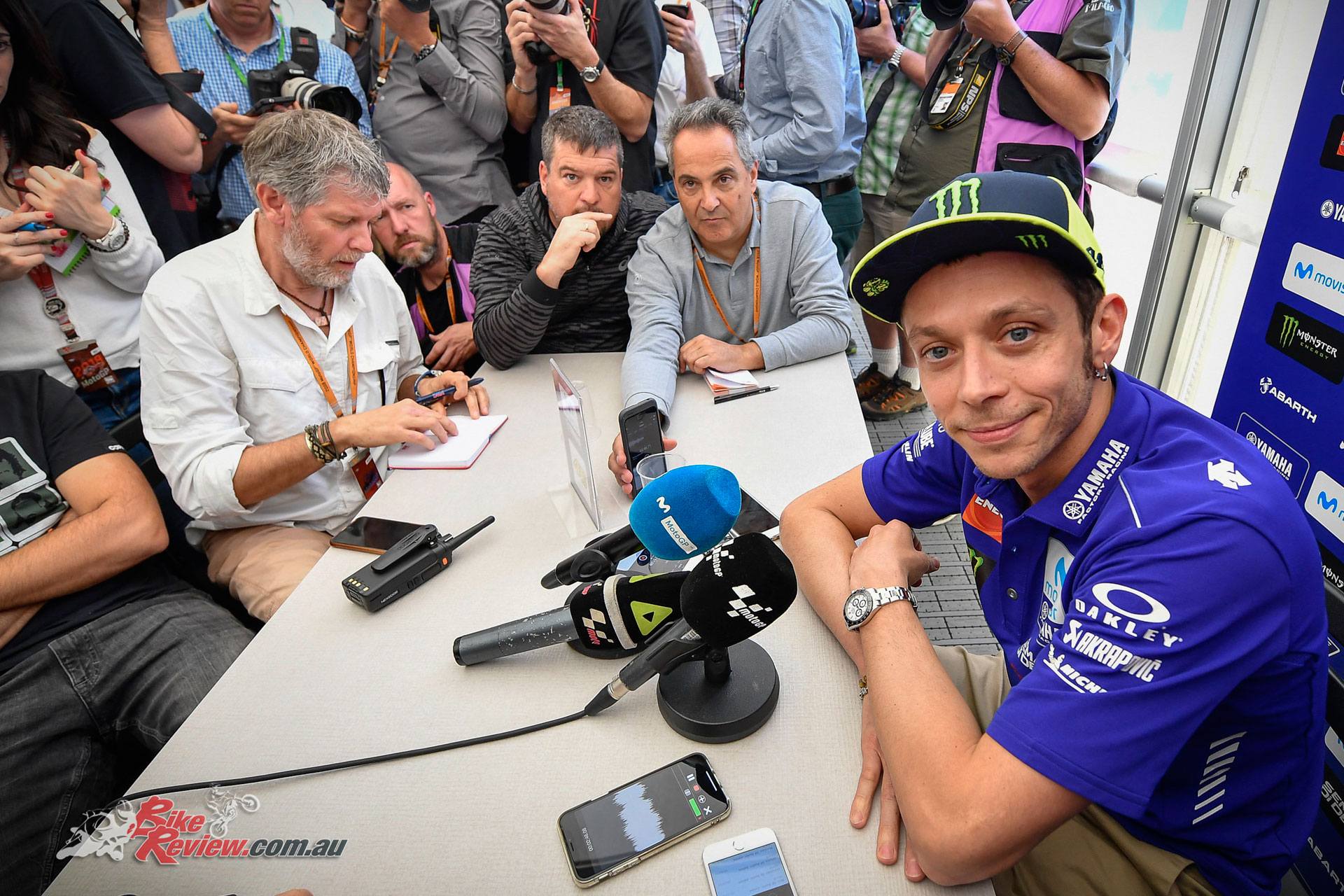 “The only thing to do now is look to the future and think about this weekend,” stated the rider from Tavullia. “I think it’s important to get back on track, ride the motorcycle, to try to get the maximum and work with the team. I’m very happy to be here. Also because this track is very difficult, so you have a lot of work, it’s very long with a lot of corners – so we have to think about that. Do our work, and try the maximum. I watched the race back, I think exactly what I said after the race in Argentina. But it’s better to look forward.” The door to talking through the issues with Marquez, however, was left ajar. “Maybe it’s not yet time to talk, but maybe in the future.”

Meanwhile, back in the Press Conference room, Crutchlow was first to speak. The Brit, now a three-time race winner, began by reaffirming his words from parc ferme last time out – ‘don’t doubt me.’ 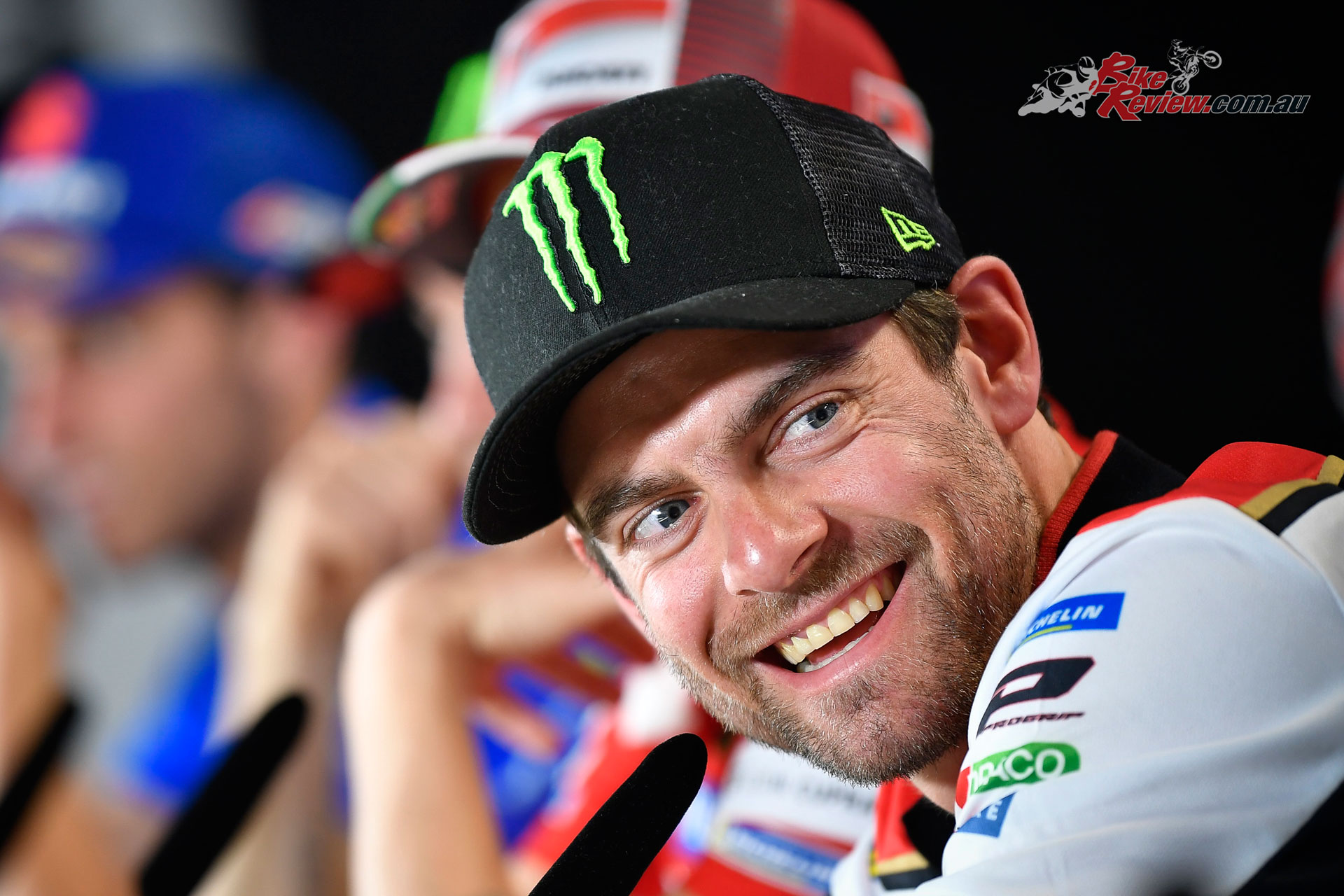 “I don’t know whether I’ve silenced any critics or not but it’s true, don’t doubt me,” began the number 35. “I think we entered the season to do a good job, the team has worked really well…sure on Sunday or next race maybe I’ll finish tenth and we won’t be leading but I think at the moment we deserve it because we’ve done a good job. To be leading the rider and team standings is an honour for Lucio as well.”

Asked whether or not it’s sustainable, the now three-time GP winner was measured. “You have to think it’s sustainable but in motorcycle racing it changes week after week. You’re not going to win every race and if you thought you would, it would be boring. I think here it’s easier to lead the Championship than in the middle of the year.”

So far, however, the Independent Teams have been right up in the fight on race day – and even taken the first two poles of the season; something not lost on Crutchlow: “It’s nice for us three guys sat here to know we’re competitive with the factory teams. In Qatar we were competitive too. It’s great for the Championship.” 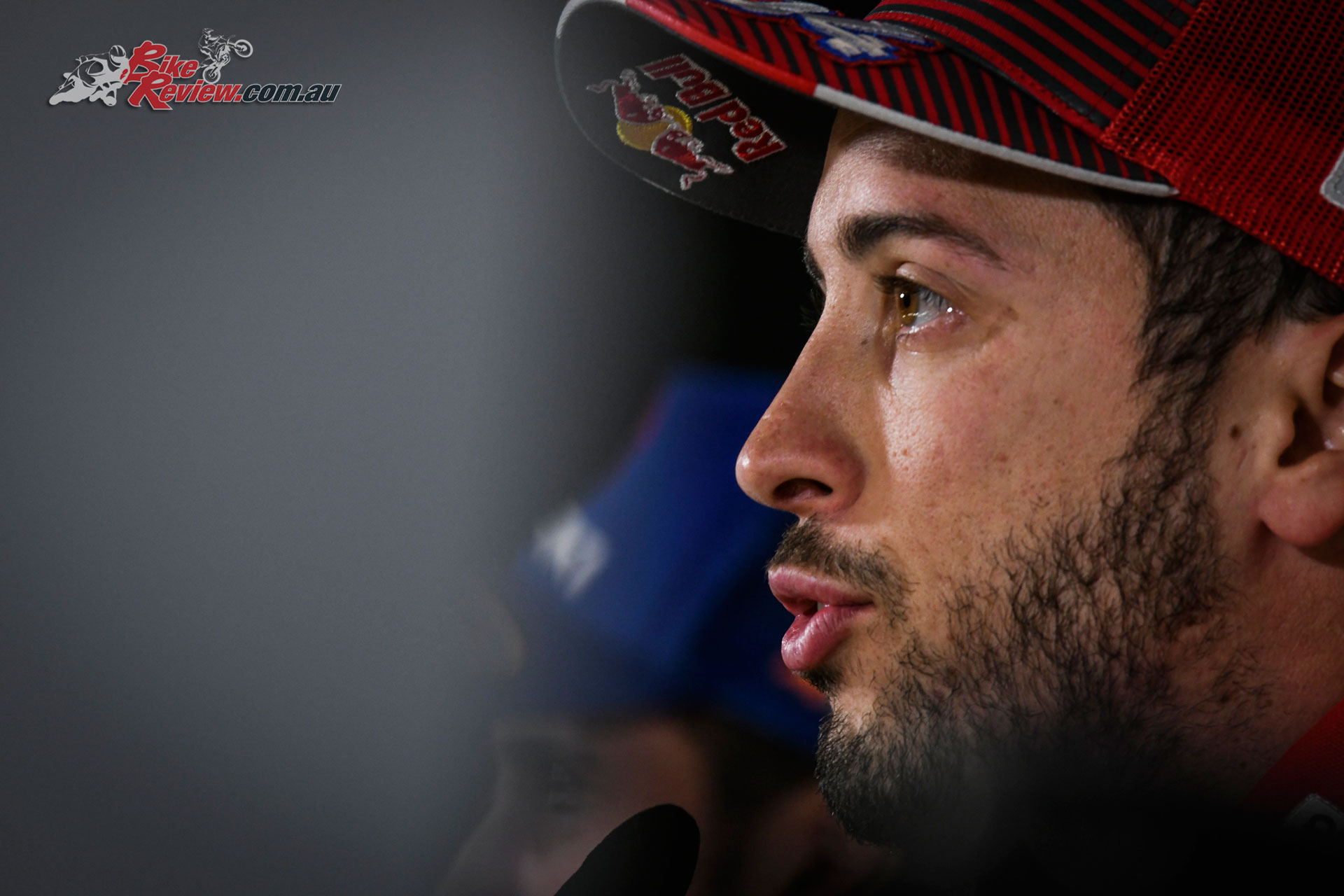 That competition – with a lot of fast riders from both factory and Independent Team ranks – was something also pointed out by ‘DesmoDovi’, who thinks the season will be tougher than last because of the incredible levels of competition.

“To finish sixth if you want to fight for the Championship isn’t good, but we have to take the positives. We were very lucky in Argentina; we took a lot of points without good speed. Jack showed there was a possibility to be faster during the race so it means we didn’t work in a perfect way, but it was tricky conditions and a lot of riders struggling. We’re not happy about that weekend but we’re in a good position in the Championship. We have to fight for the podium or the top five, and then wherever we can, fight for the victory. I think this year will be different to last because there are a lot of very fast riders, and you have to take it race by race.” And Texas? “I don’t know, last year we struggled a lot here but in the past I’ve had two podiums.”

On the podium at the venue in the past is also true for Johann Zarco, although that was in the intermediate class. In 2017, the Frenchman scored his first points and his first premier class top five at the venue, however – and arrives fresh from the rostrum in Argentina. 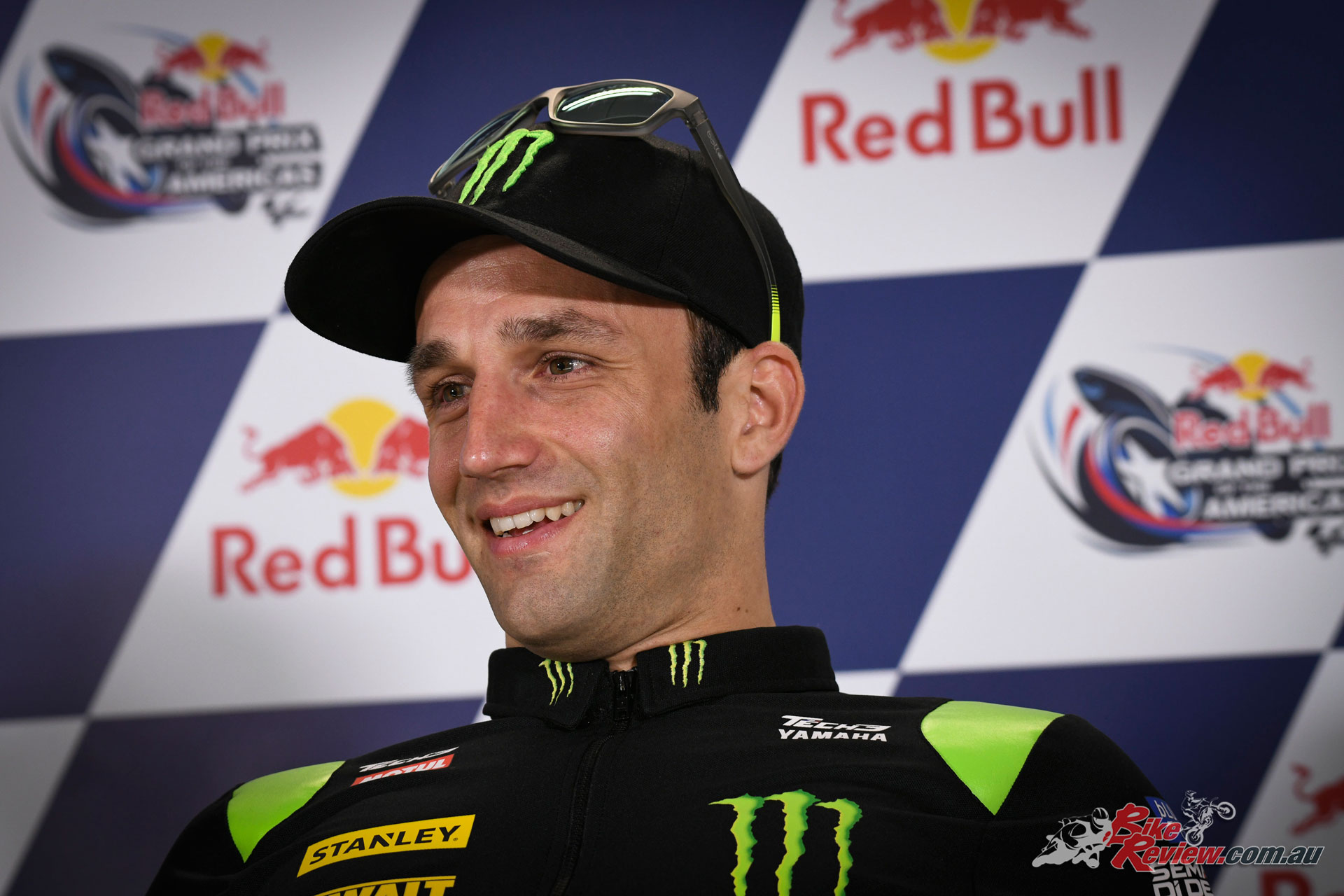 “It’s pretty nice to get a podium already in the second race, and being close to the victory,” affirms the Frenchman. “On the last lap I was very close to Cal and thinking what I could do to win the race but it was difficult so finishing second was the best solution. And it makes me happy to be third in the Championship. It was only the second race and a lot of things can happen but it’s good. And the Qatar race, that gives me confidence even here in Austin where Marc is so strong.”

That he is, with five wins from five so far. But Zarco plans to find out how he does it. “With one year experience now, I understand the bike much better and I can analyse the track better. It’s a very difficult circuit here in Austin but so interesting, it has the most corners, 20, and with this first sector with so many changes of direction, braking in the second sector then the final section…I’ll try to find some way of working during the weekend. But I don’t want to say we’re just fighting for the podium; when you go racing you want to fight for victory. I need that mentality before the weekend. Why Marc is so fast here I don’t know, and I want to understand that throughout the weekend.”

Understanding is the name of the game for Maverick Viñales, as the factory Yamahas continue pushing forward with development after a more difficult end of 2017 and preseason. But the rider from Roses thinks they’re getting pretty close, and he has a good record there – including taking his first intermediate class win at COTA only his second time on the bike. 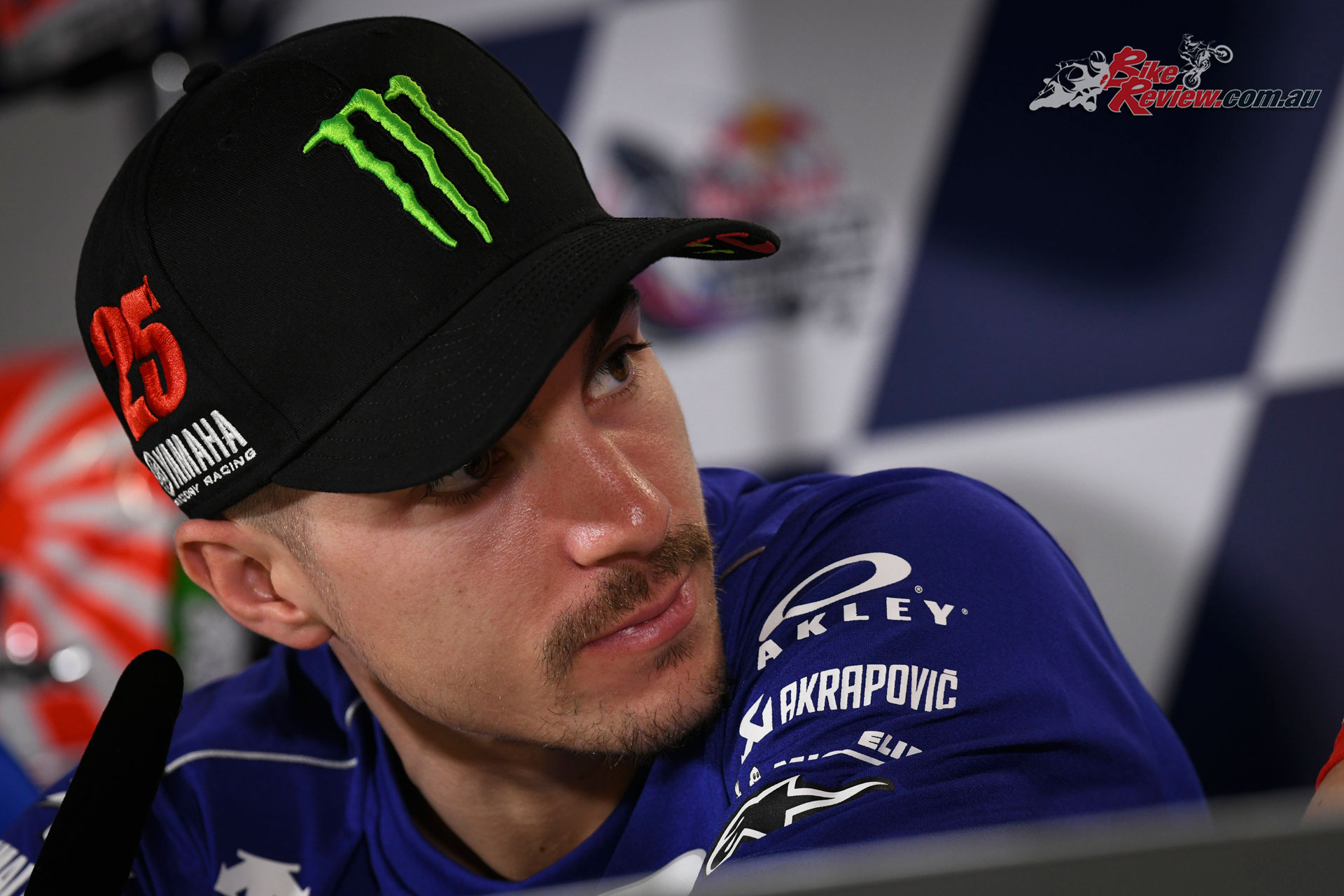 “These two races have been good to understand many things, trying to understand where to go with the bike,” begins Viñales as he starts with an analysis of Argentina and before. “It was important to stay on the bike in Argentina and get points, then in the second half of the race I felt very strong. We need a better qualifying…but here in Austin I’ve been fast in the past so I’m excited to start and see if we can improve on Argentina. I struggled a lot in preseason to find a good feeling, but I started to feel good on the last laps in Qatar. I think if we improve just a few things we can be as strong as last year.”

Compatriot Alex Rins, however, finds himself in a different situation. After a tougher 2017 for Suzuki, the Spaniard says this season is a different story – and his maiden MotoGP™ podium last time out underlines the steps forward made by the Hamamatsu factory. 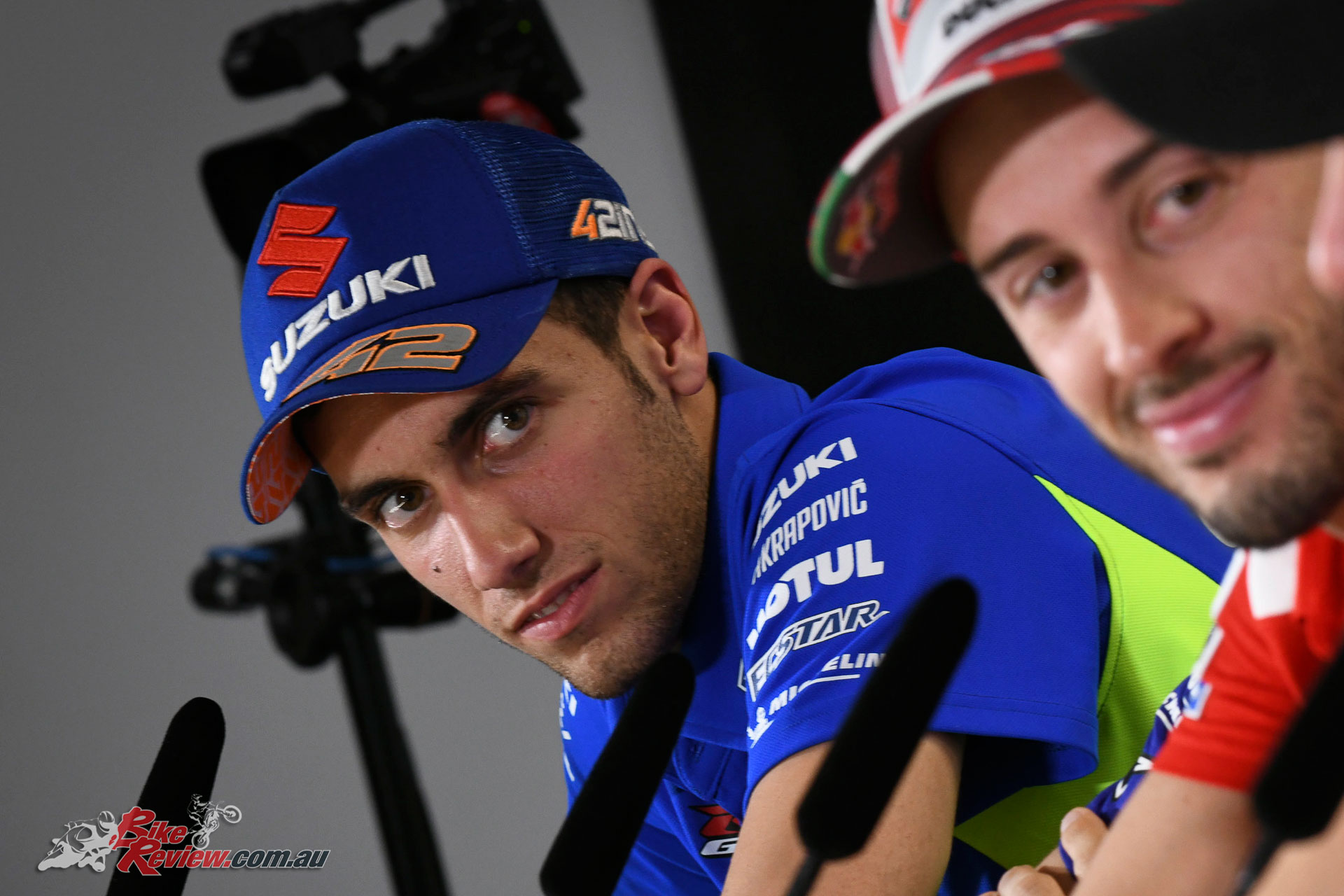 “We are doing a good job, and from preseason the bike has started to feel good,” says Rins. “In Argentina we had a perfect weekend, more or less like Qatar but in Qatar I lost the front and crashed. We have a very competitive bike and we improved a lot from last year. Also, I have more experience.”

That he does, as well as having begun the year injury free. And Rins is another to have won in Austin in the intermediate class – and in Moto3™. “I’m excited to start because this is one of my favourite tracks. I have good memories here and we need to keep the same level, work hard from the beginning trying to be in the top ten for qualifying…and enjoy the race!”

Finally, it was Jack Miller’s turn to take to the mic. Just missing the podium last time out after getting caught out by a wet patch, how does he feel after the P4 finish? 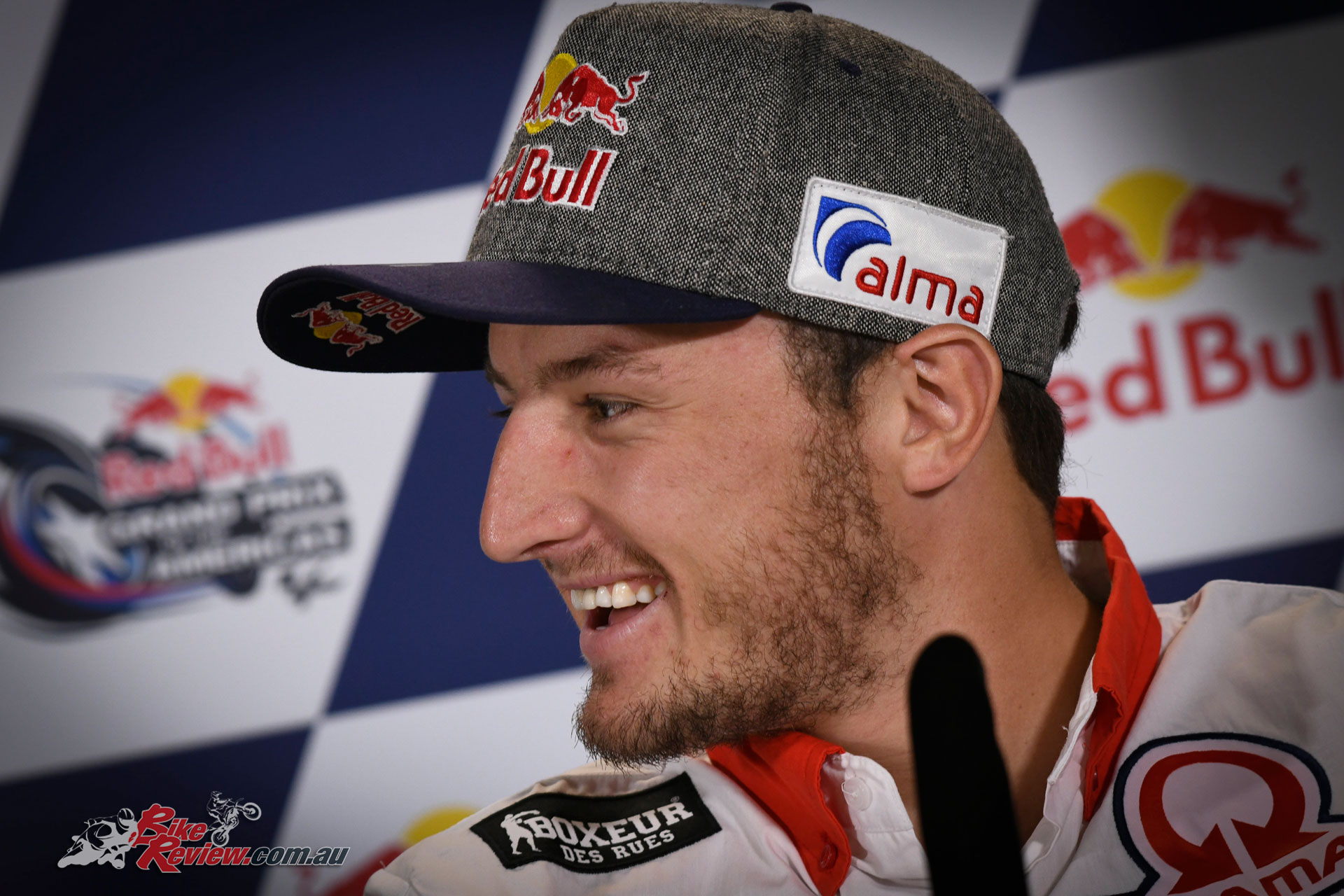 “Frustrated but semi-satisfied as well,” smiles the Australian. “Knowing my past record in previous years I wouldn’t have made it past the first lap with that much pressure! It was a positive weekend for us, I had the feeling back I had in Thailand and Malaysia. In Qatar we weren’t quite competitive but in Argentina in wet and dry conditions we had good pace. The race was nerve-wracking for me, I was out front except when Marc came past then I could see the boys were behind me for some time…but then I just touched that wet patch in the final corner and it cost me the podium. I was kicking myself during the week but I think I learned a lot, and also from riding with the other guys.”

And again, there was that familiar acknowledgement of the sheer competitiveness of the field – and the future, for Miller, looks just as bright.

“There are so many guys on competitive bikes in the field, you can’t doubt anyone. Independent Teams winning and nearly dominating the podium…it’s just going to get better and better as the year goes on.”

Better and better? Texas is the first to face that challenge, with lights out on Sunday at 14:00 local time (GMT -5). After Qatar was the closest top fifteen finish of all time, there’s everything to play for.