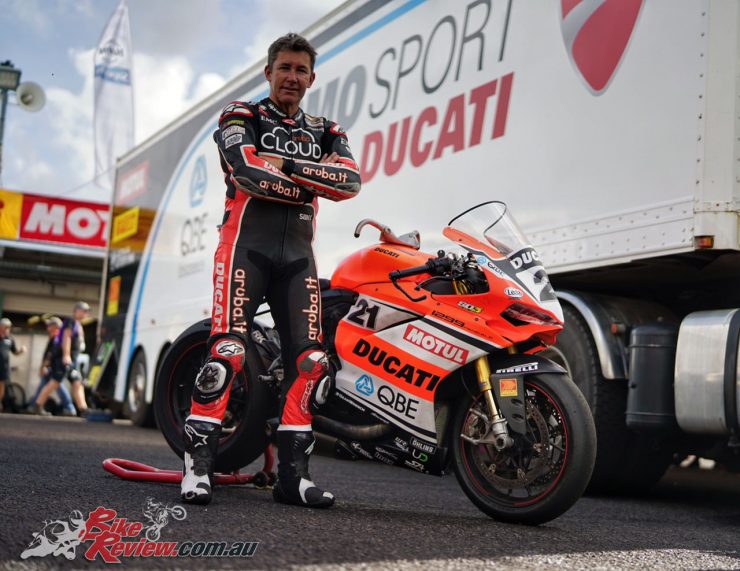 Three-time Superbike World Champion Troy Bayliss has confirmed he will come out of retirement to race the 2018 Australian Superbike Championship on board a DesmoSport Ducati 1299 Panigale R Final Edition.

Bayliss, will contest all rounds of the 2018 Australian Superbike Championship for the factory supported team he co-owns with former Australian Superbike racer Ben Henry.  The 49-year-old, confirmed his desire to contest Australia’s premier motorcycle racing series had been burning for a while, initially presenting when an opportunity arose to replace the injured Callum Spriggs mid-year. 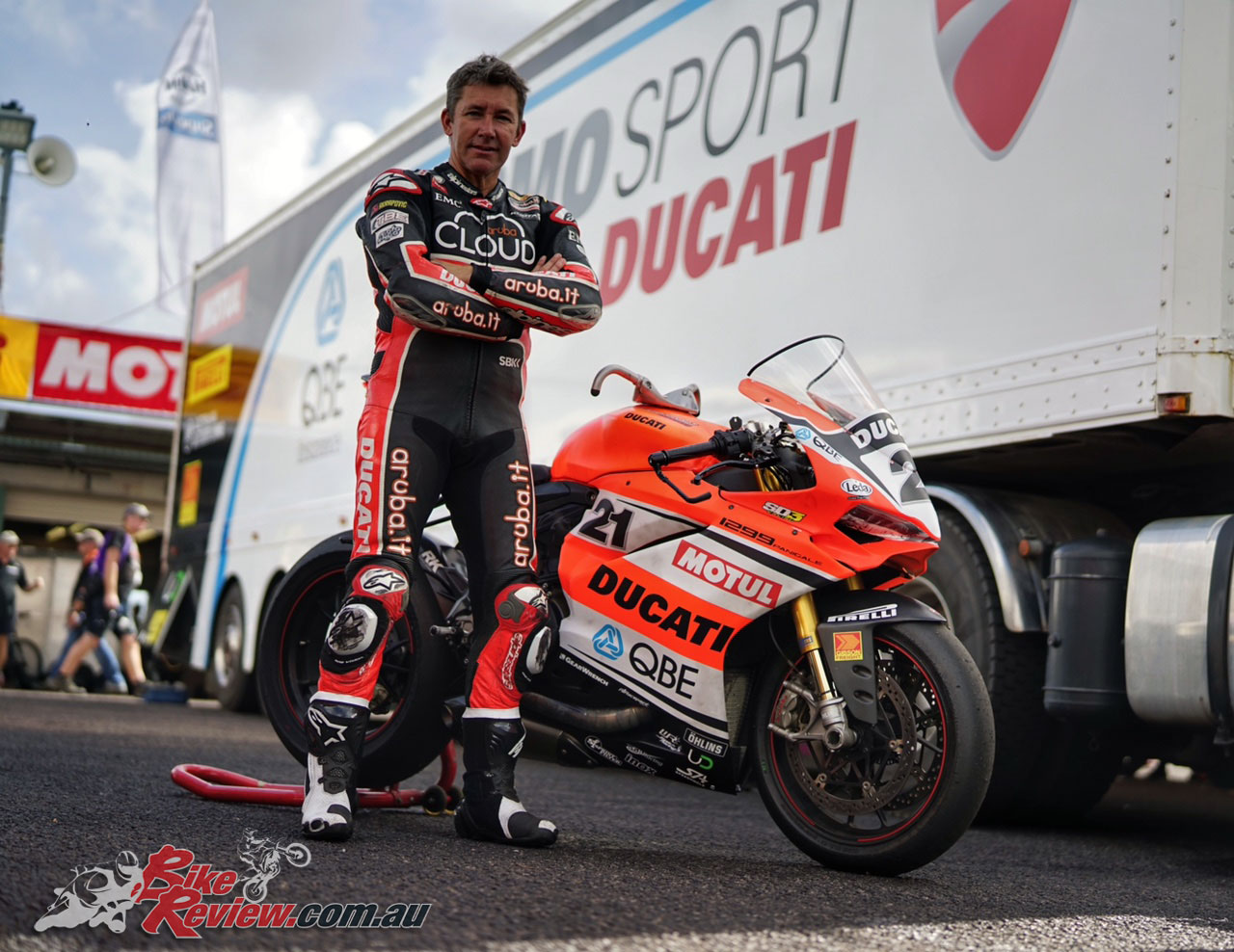 “It was a situation we first considered when Callum was injured,” Bayliss explained. “Obviously, it was a big call and it didn’t quite feel right at the time. Since then, I have tested the bike and completed a lot of miles both in practice and racing the 300 class. Initially, I did want to see another young guy on the bike but after I rode it, I felt that I needed to contest the championship and try and win myself the elusive Australian Superbike title.”

During his time in Australia before going overseas Bayliss placed second in the Australian Superbike Championship on two occasions, and acknowledged he has some unfinished business.

“I definitely feel like I have some unfinished business,” Bayliss continued. “I have a bit of work to do in terms of fitness but after testing the bike and running it at the Adelaide Motorsport Festival I feel I am definitely up to the task.”

Ducati Australia & New Zealand CEO Warren Lee said Bayliss’ inclusion in the 2018 Australian Superbike Championship is fantastic for the fans and the series. 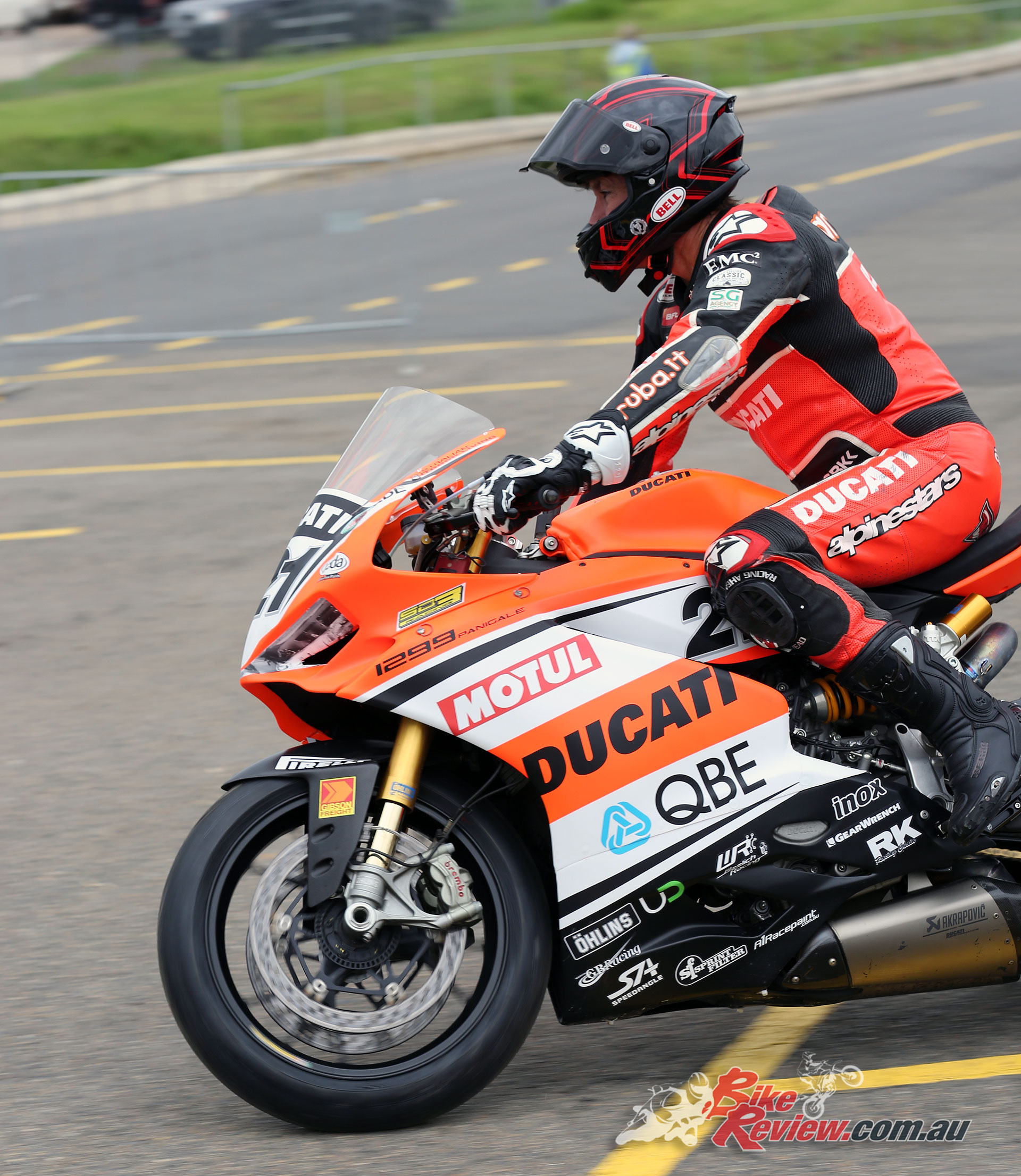 “We’re naturally all super excited that Troy has decided to race again on a Ducati Superbike and in the ASBK for 2018!” said Lee.  “When he was racing in the World Championships and since returning to Australia, Troy has always been such a great ambassador for Australia and our motorcycle sport and industry. His passion for motorcycling and “putting back in” attitude is why he is Australia’s and one of the world’s most popular and liked riders.

“I’m sure everyone can’t wait to see him back out there racing next year in the ASBK with the DesmoSport Ducati Team on board the beautiful Panigale R Final Edition,” Lee added.

At 49 years of age Bayliss will be the oldest and most experienced rider in the field. If he were to achieve his goal of championship success not only would he be crowned Australian Superbike Champion, he would also become the oldest competitor to win a domestic superbike series anywhere in the world.