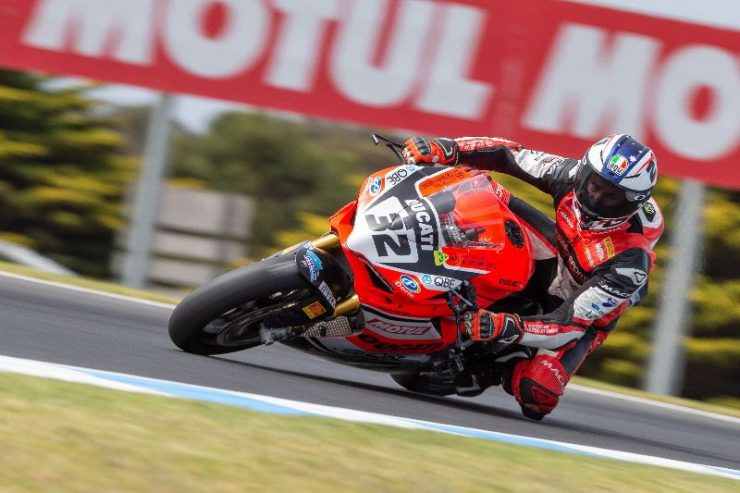 Fans will have to wait until November to see the riders race around Symmons Plains.

With the big-name teams and riders all in attendance, the opportunity exists for our Australian riders to put in a good performance in front of the world’s best. The all-important first practice sessions for the national Kawasaki Superbike, Supersport and YMI Supersport 300 classes set the tone for the weekend, before Qualifying tomorrow.

Troy Bayliss (Ducati Panigale FE) pounced in the last two minutes of the Kawasaki Superbike session to snatch the fastest time of the day with a 1:32. 478 away from privateer Aiden Wagner ( Yamaha YZF-R1, 1:32.873) in what was a session that offered up a few surprises, none more so surprising than defending champion Troy Herfoss (Penrite Honda Racing, Honda CBR RR SP, 1:34.491) finishing tenth, more than two seconds off the pace. Although its early on in proceedings it’s clear Herfoss’ title defence wouldn’t be a walk in the park.

Reflecting on the positive start to the season, Bayliss had this to say, “Feeling quietly confident that everything’s headed in the right direction. I felt a little bit rusty when I first jumped on the bike but didn’t take too long to get going.”

“I knew I had to get back on the Superbike and prove a point” said Wagner. “I know quite a few of the other teams went out on the sticky tyre… where we stayed with just the race tyre. So to do those lap times on what we did, we’re pretty happy. Our small team, I think we’re putting together a pretty good package.”

Next was Maxwell’s Suzuki ECSTAR teammate Josh Waters on a 1:33.131, and behind him was Cru Halliday (1:33.360) on the Yamaha Racing Team Yamaha, in his return to the Superbike class after winning the Supersport championship last year.

Nic Liminton (Yamaha Motor Australia) topped the timesheets for the Supersport class with an impressive performance in his return to the ASBK. The South Australian experienced an extended absence last year thanks to a cancer scare but despite the lack of track time set the fastest time of the session with a 1:37.411. 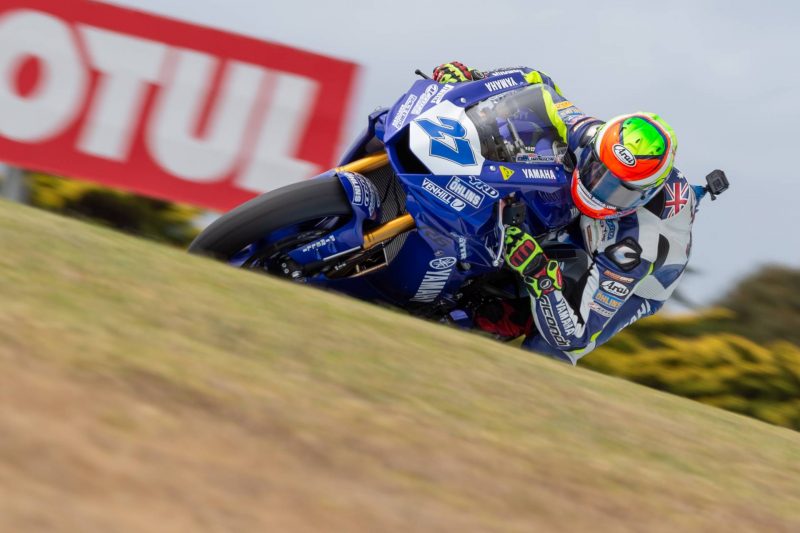 “Bike time has actually been really low compared to the other riders from all the difficulties from last year, just trying to get back into the groove now” said Liminton. “Really positive session on the new bike, it’s only the second time we’ve ever ridden it. We’re a bit down on top speed… but we know we’re fast round the turns and it’s been a great start.”

Callum Spriggs (Allsite Concrete Cutting Yamaha YZF-R6) laid down some impressive times early in the session, but when the chequered flag came out he could only claim second spot, clocking a 1:37.844.

An exciting YMI Supersport 300 session saw Max Stauffer looking the goods aboard the Yamaha R3, setting a time of 1:49.526, almost a second faster than anyone else, to blitz the field. 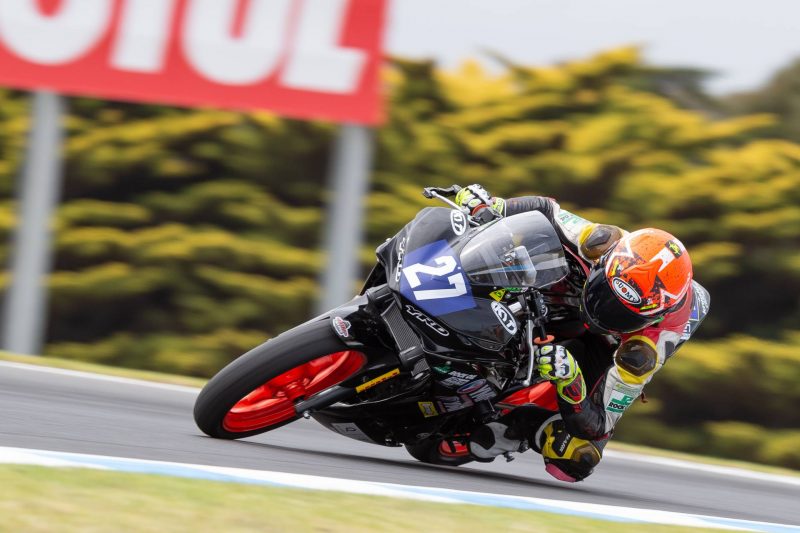 His time meant he was the only rider to crack the 1:50 barrier, with second placed Senna Agius (Kawasaki EX 400) setting the pace early in the session but then leading the best of the rest behind Stauffer with a 1:50.659.

Times overall were more than a second off the pace for most of the field compared with the ASBK Official Test 2 weeks ago, suggesting that the competition could be a lot closer than what today’s times suggest.