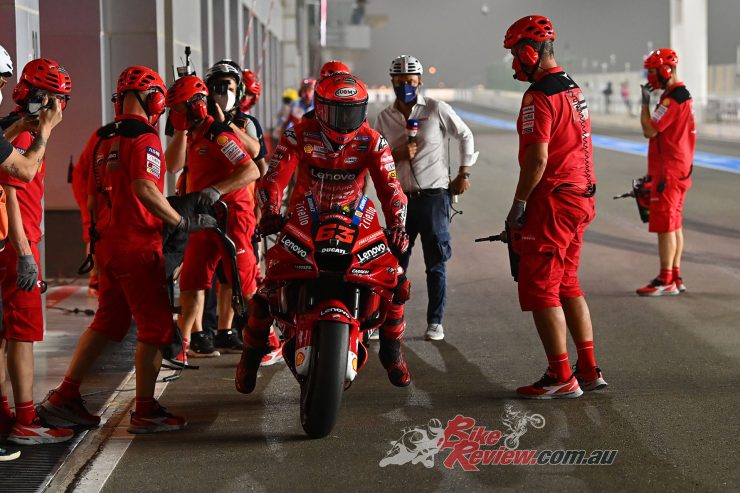 The Grand Prix of Qatar, the first round of the 2022 MotoGP World Championship, held this evening at the Lusail International Circuit in Doha, did not end as expected for the Ducati Lenovo Team, Jack Miller and Francesco Bagnaia. Check out the full race report for round one here… 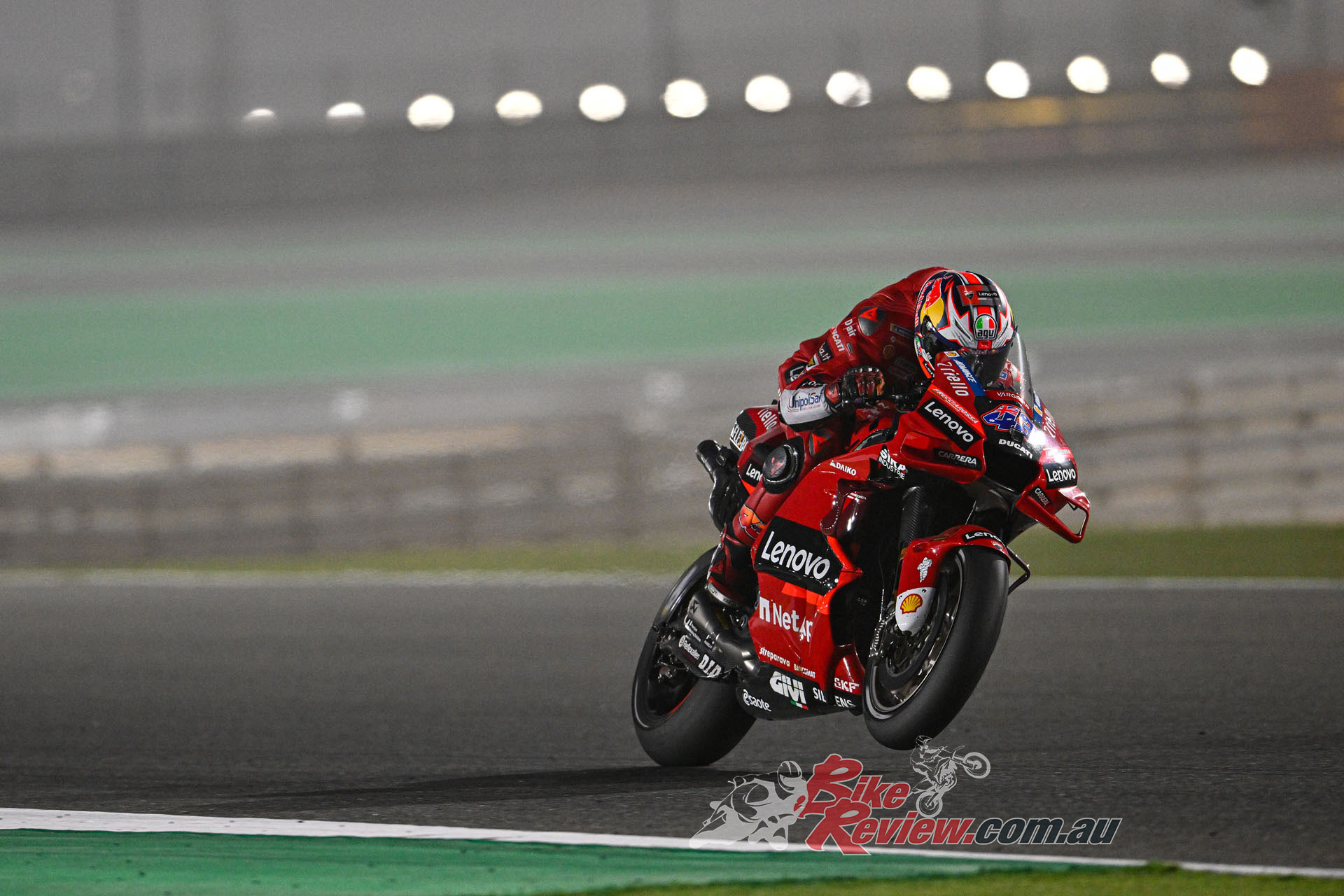 Unlucky end of the weekend for the Ducati Lenovo Team in Qatar with Miller and Bagnaia both forced to retire.

As he started from fourth place on the grid, from the second row, Jack Miller could not stay at the front after the start. The Australian rider dropped back into ninth place and tried to make up some ground when a technical problem forced him to retire after seven laps.

It was a difficult race also for teammate Francesco Bagnaia who dropped down into fourteenth place at the start after departing from the third row. Forced to make a comeback, towards the second half of the race, Pecco could recover up to tenth but, while trying to overtake Jorge Martín, he crashed, hitting the Spaniard and forcing both to retire. 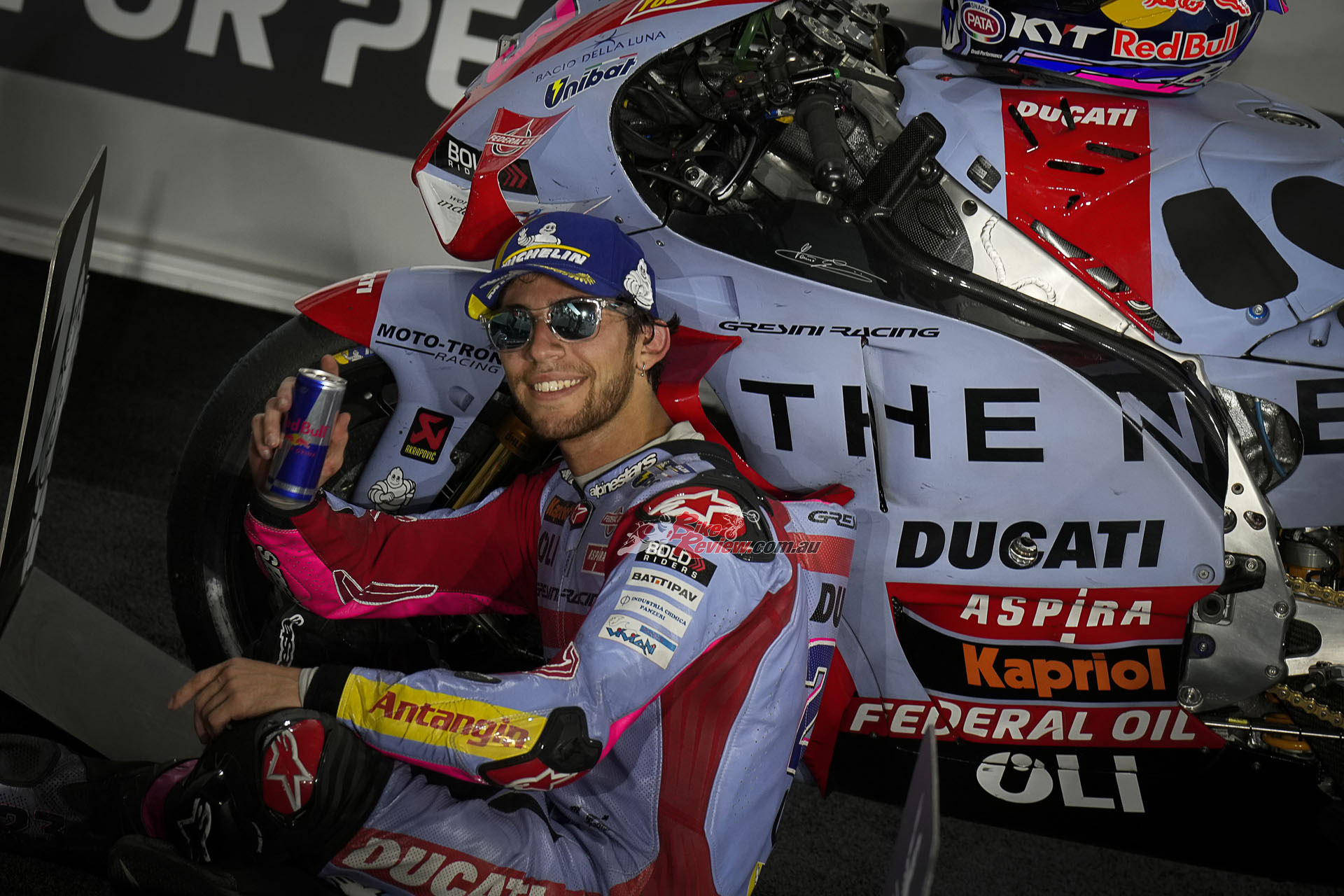 Enea Bastianini triumphed in Qatar with the Desmosedici GP of the Gresini Racing team.

Enea Bastianini triumphed in Qatar with the Desmosedici GP of the Gresini Racing team. Second in qualifying yesterday and fourth after the start, the Italian rider was able to take the lead with five laps to go, creating the gap behind him necessary to secure his first  MotoGP success.

Jack Miller (#43 Ducati Lenovo Team) – Retired
“Since the first lap, especially at the end of the straight coming out of the last corner, the bike wasn’t going at full power: I was very slow, and the other riders easily overtook me. I tried to give my best and switch all the available maps to solve the problem, but it was not enough. It’s a shame because I felt really good today. I was satisfied with yesterday’s result in qualifying, and I knew I had a good pace. I was hoping to bring home some important first points…. Now we will try to move forward and think to the next race”. 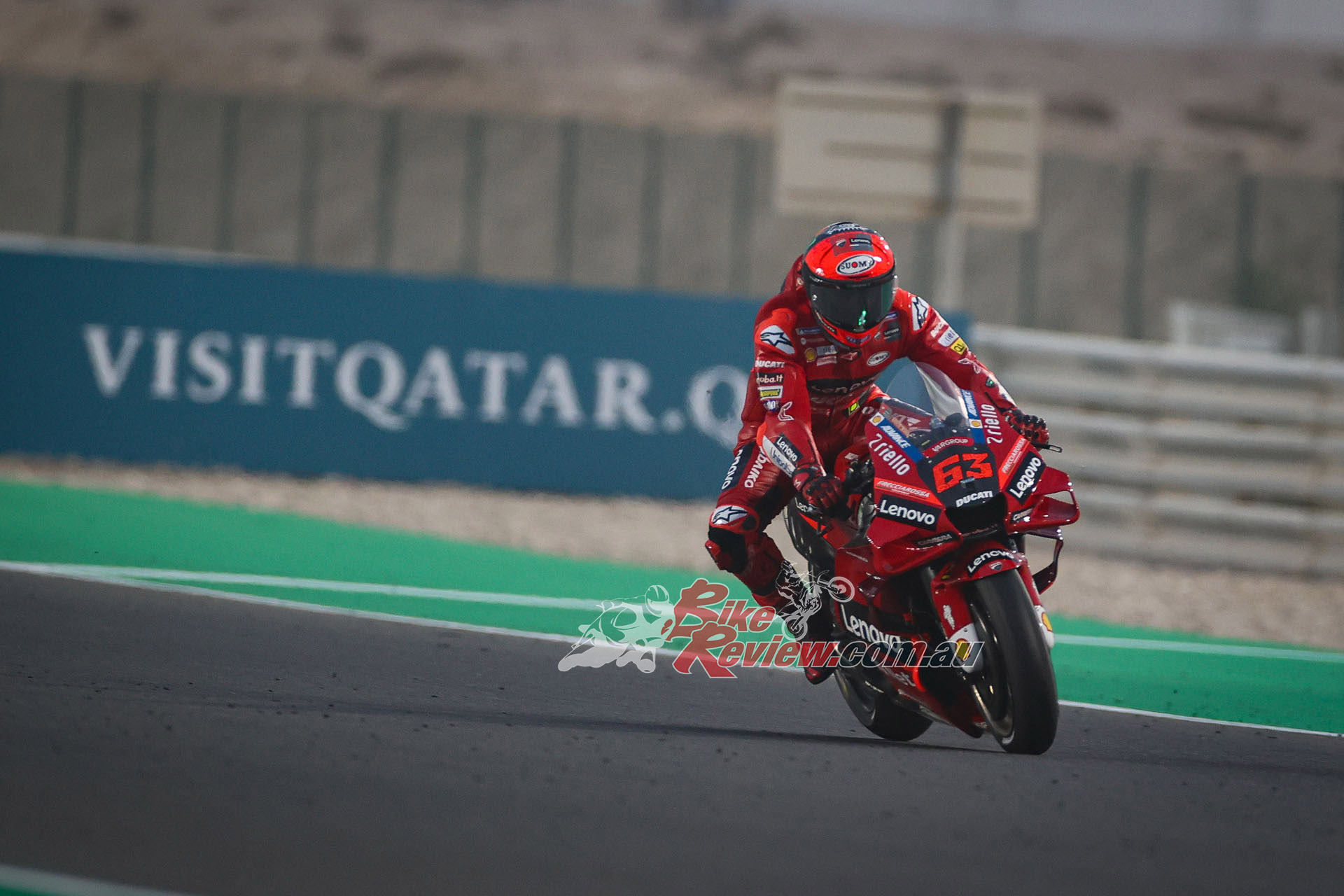 The Ducati Lenovo Team riders will be back on track in two weeks, from 18th-20th March, for the Indonesian GP at the Mandalika Street Circuit in Lombok.

Francesco Bagnaia (#63 Ducati Lenovo Team) – Retired
“I can’t be happy with how the race went and, first of all, I want to apologize to both Ducati and Jorge because I made a mistake. In the race, unfortunately, I was losing a lot in the first part of the acceleration, and we were not as fast as we usually are. Also, I had some difficulties at the start. Now we’ll have to analyze the data to try to understand what happened and try to come back stronger starting from the next race.

The Ducati Lenovo Team riders will be back on track in two weeks, from 18th-20th March, for the Indonesian GP at the Mandalika Street Circuit in Lombok.