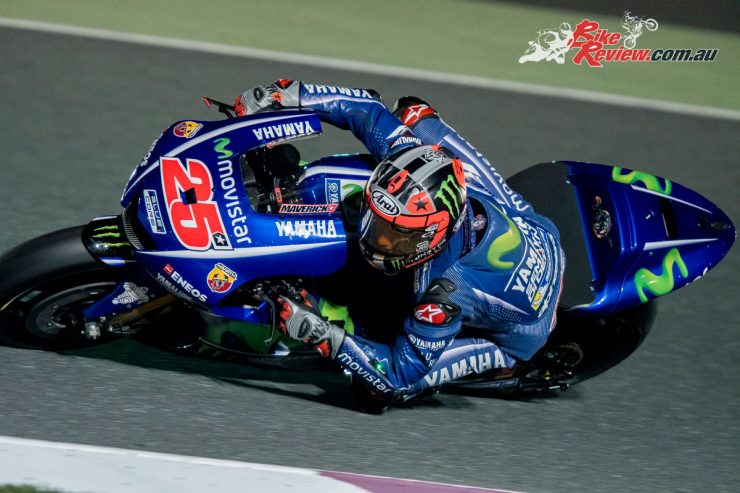 Maverick Vinales (Movistar Yamaha MotoGP) completed his royal flush of incredible preseason form by the end of the Qatar Test, taking to the top once again on the final day of testing ahead of lights out for the GP weekend. 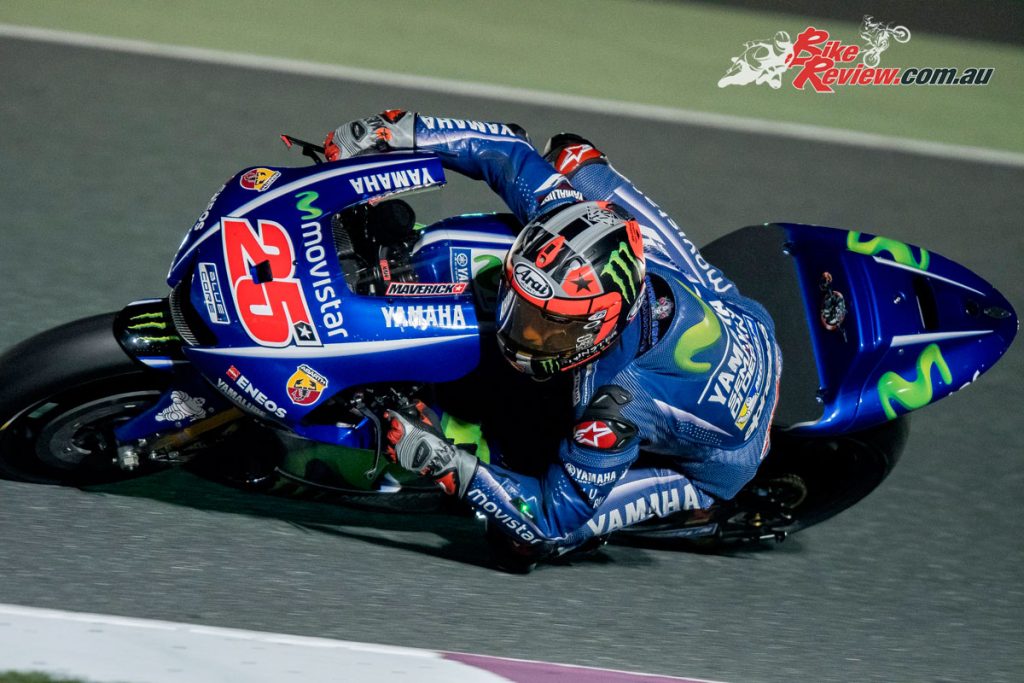 After the Borgo Panigale factory broke cover on a radical new “aero-fairing” design on day two – put through some paces by Andrea Dovizioso – it was ‘Spartan’ Lorenzo’s turn on the third and final day of testing; alongside the more traditional fairing design of the Desmosedici. The five-time World Champion did 53 laps in total on Day 3, and showed his real progress since first taking the GP16 out for a spin in Valencia – a 1:54.519 and a tenth off his teammate. 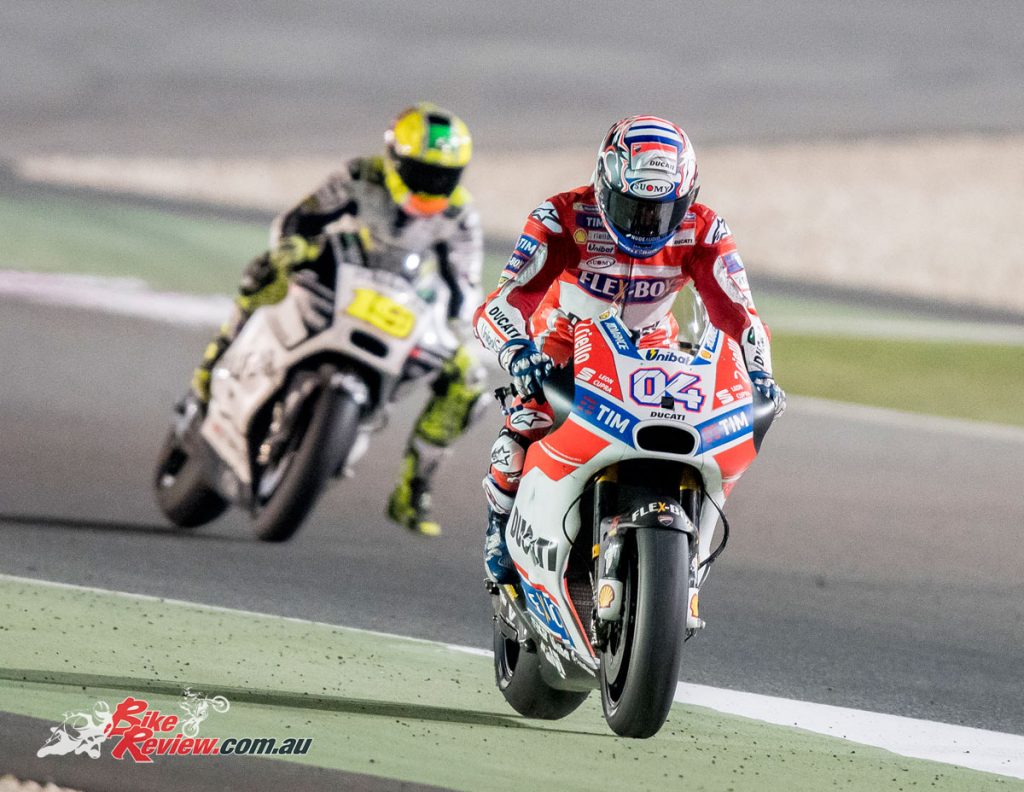 There was more good reading for Ducati slightly further back. Alvaro Bautista had another impressive day of preseason as it came to a close, locking out the top five for Pull&Bear Aspar on his GP16, just ahead of another good day for Octo Pramac Racing’s Scott Redding in P6.

Marquez, who completed the day in P10 on the timesheets, crashed three times before the close of action in the final session. The rider from Cervera also tested a new and more radically different fairing design on his Honda – radical compared to the first adjustment to have broken cover earlier in the test. His best on Day 3 was a 1:54.990, completing 47 laps. 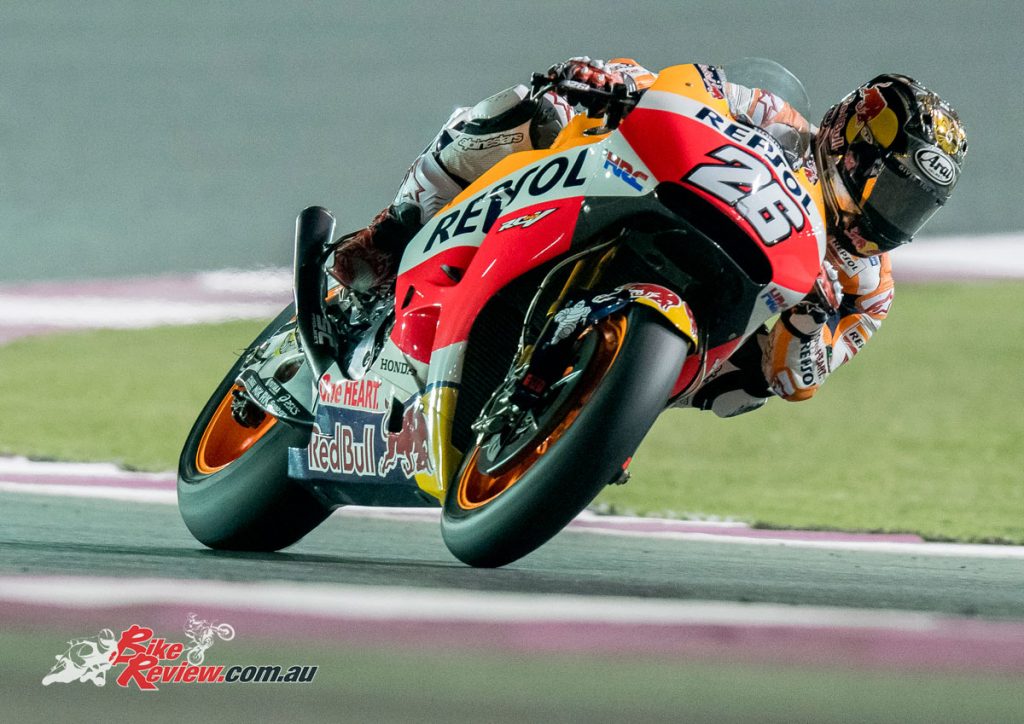 The number 26 Repsol Honda was the faster of the two on Day 3, with Dani Pedrosa flying the flag in P3. A 1:54.469 for the ‘Baby Samurai’ took back the honour of top Honda from Day 1 and Day 2’s fastest for the Japanese manufacturer Cal Crutchlow (LCR Honda), and moved the Spaniard up more than ten places on his position on Day 2. Crutchlow ended Day 3 in P8, with a best of 1:54.821.

Monster Yamaha Tech 3 rookies Jonas Folger and Johann Zarco continued to impress, with Folger again fastest rookie in P7 at the end of Day 3, with a 1:54.807. Reigning Moto2 World Champion Zarco was P9 by the end of the day, less than a tenth off his German teammate.

With one Movistar Yamaha rider at the top of the timesheets, nine-time World Champion Valentino Rossi ended the final day of testing in eleventh. The ‘Doctor’ had a Day 2 of two contrasting fortunes with a crash but a huge improvement and breakthrough in pace, before Day 3 saw a more muted presence on the timesheets. Rossi was, however, only two tenths off reigning Champion Marquez’ time. 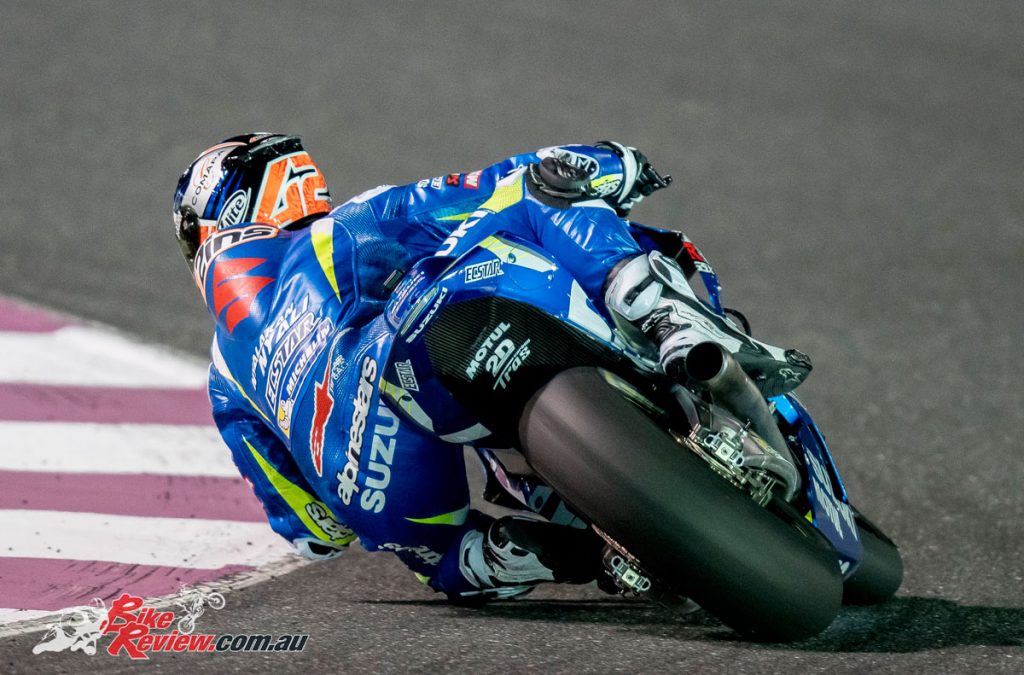 Andrea Iannone took P12 despite his crash as Karel Abraham split the Suzukis in thirteenth just ahead of rookie Alex Rins. Aleix Espargaro (Aprilia Racing Team Gresini) ended the final day of preseason in fifteenth, after running much further up the timesheets earlier in the day. Aussie Jack Miller was 16th. 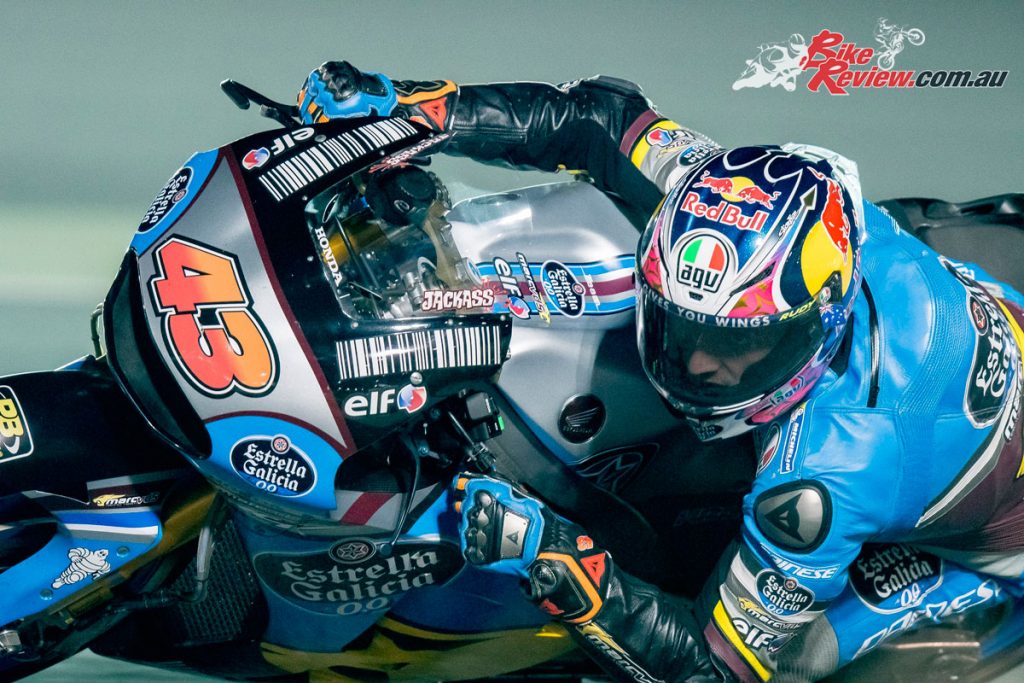 Next up? Same venue, same faces, and a very different reality. Two weeks remain until race day, as Losail International Circuit hosts the first GP of the year from the 23rd to 26th March – and another chapter in MotoGP history awaits.