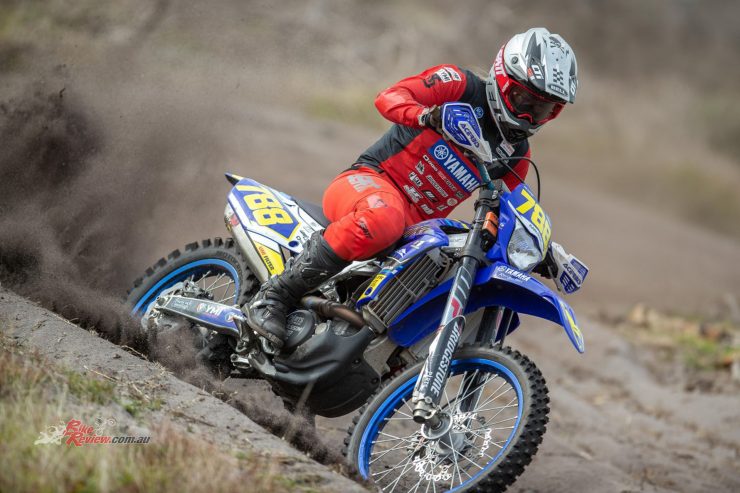 The Yamaha bLU cRU Off Road support program kicked into gear at the opening weekend of the Australian Off Road Championships (AORC) with an impressive list of results. With riders climbing the walls with anticipation after a 12 month break from racing, the off road scene was bursting at the seams.

Golden Beach in Gippsland Victoria hosted the opening weekend of action in the AORC and with over 320 riders, it was a great way to start the championship despite the dry and dusty conditions. The Yamaha bLU cRU Off Road Team enjoyed a successful weekend with all three riders on the podium on both days. Michael Driscoll (E2), Kyron Bacon(E1) and Blake Hollis (EJ) came out guns blazing and posted impressive results in a sensational start to the season. 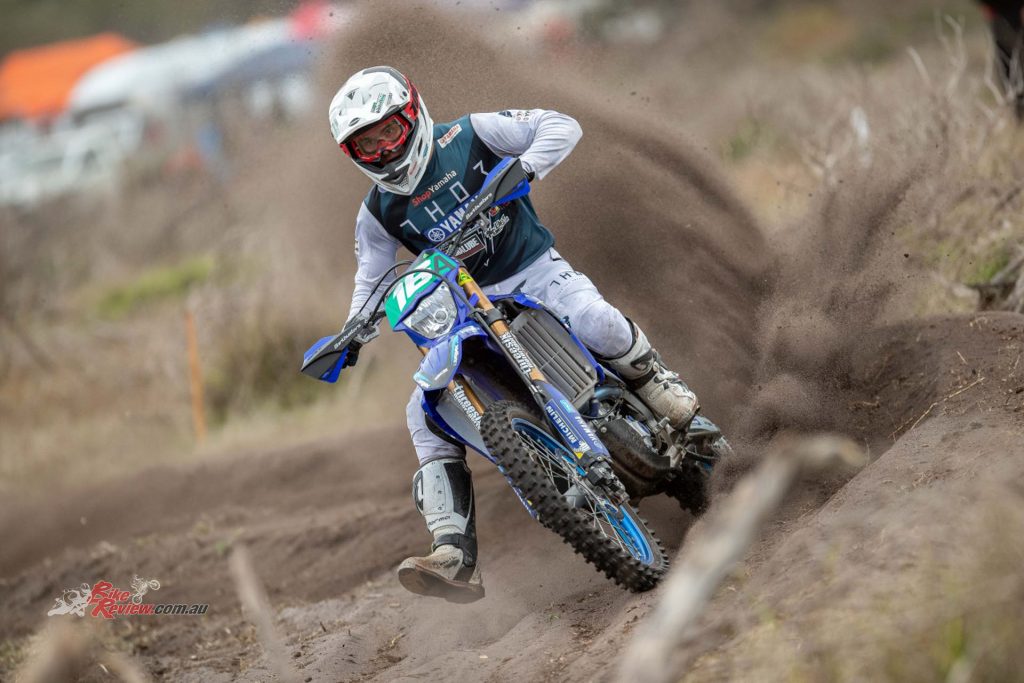 Blake Hollis had a great weekend on-board his Yamaha, taking out the under 18s division at Golden Beach.

Driscoll continues to adapt to the 450cc machine and now is a genuine class contender. He finished third on both days behind the heavy hitters of Todd Waters and Josh Green and he is more than capable of mixing it up with them on a regular occasion. He battled hard all weekend and was rewarded with his efforts with a consistent and confidence building weekend.

The E2 class is full of Yamaha’s at the top end of the field with both Stefan Granquist and Jeremy Carpentier putting their WR450F’s inside the top 10 outright and top five in class. 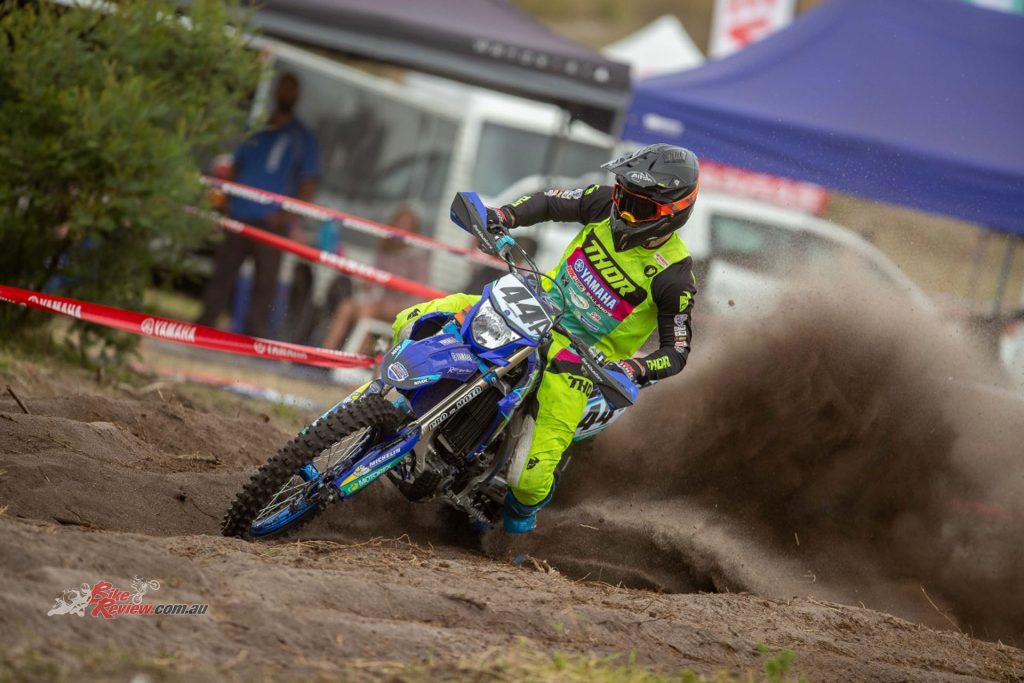 Jeremy Carpentier also had an impressive weekend, pushing his WR450F to the limit through sandy conditions.

The head turner of the weekend proved to be Tasmanian, Kyron Bacon. The 18 year old turned it on all weekend and showed the hard yards done in the off season were well worth it. On Saturday he claimed second in the E1 (250cc) but on Sunday, he stepped up a level and ran inside the top three outright during the day, only a late fall cost him a chance at a class win and overall podium.

Yamaha also performed well in the two stroke class with Harry Teed running second in the championship after the opening weekend. Mounted on the YZ250X, Teed came home with 1-2 results and started his campaign off well. 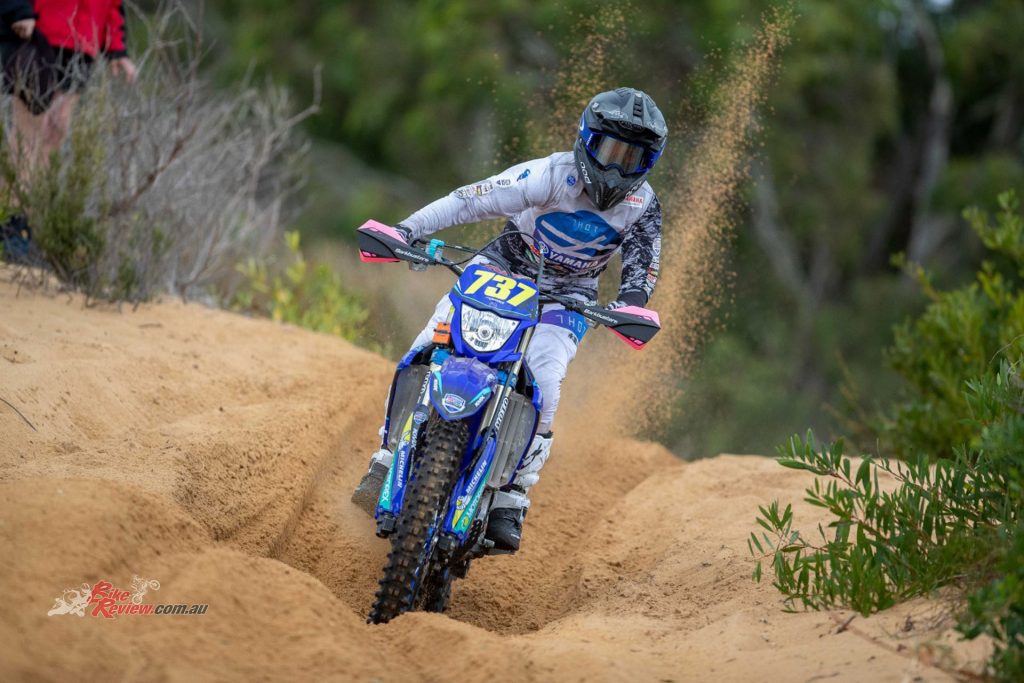 Jess Gardiner pushed through a broken scapula and still managed to take out third place for the weekend.

Blake Hollis finished with a 1-2 weekend, winning the Under 18 class on Saturday and then taking second on Sunday for a good start to the year. Hollis narrowly missed the class win in 2020 and is more determined than ever to get on the top step of the podium in 2021.

In the Women’s, Jess Gardiner again led the way on day one and finished with the class win on Saturday. But her fortunes changed on Sunday where she fell awkwardly and broke her left scapula. But she is tough, and she soldiered on for the rest of the day and still managed to secure third for the round and keep herself in championship contention. 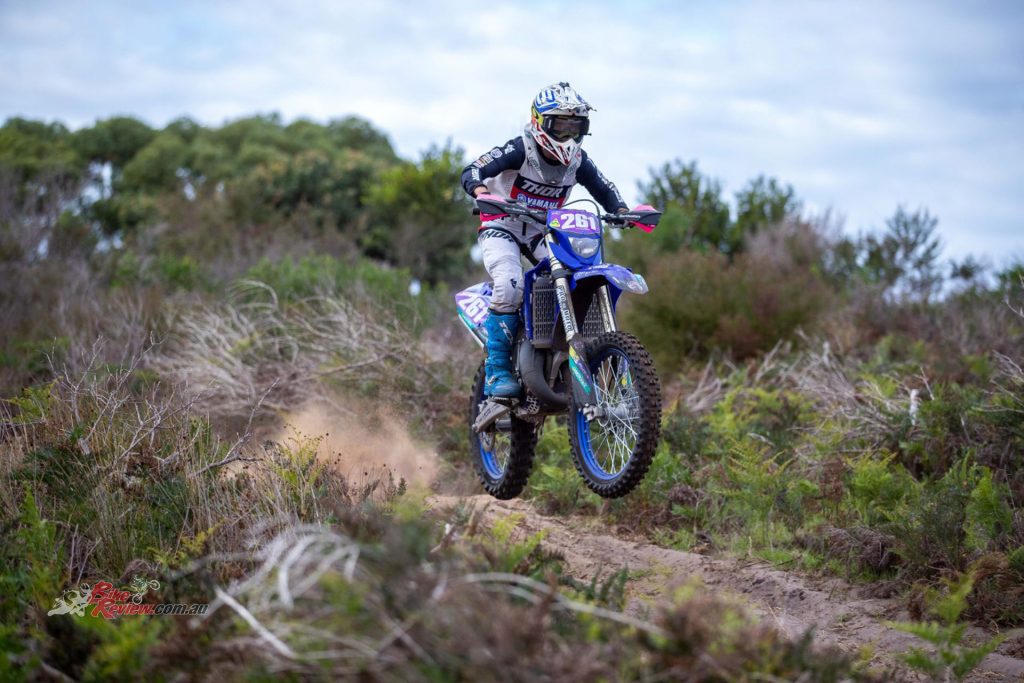 Danielle MacDonald took out the junior girls division on her YZ125. Rounding out the Blu Cru team for the weekend.