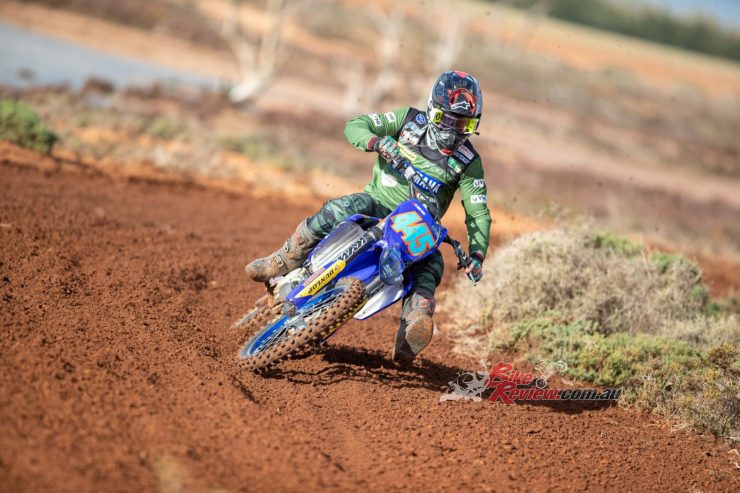 Despite a number of state border closures with several riders and teams having to miss the event, Yamaha Racing was still well represented at the 2021 Penrite Oil Hattah Desert race, with Kyron Bacon and Blake Hollis both landing on the podium in their respective classes.

The lead up to the event had been anything but smooth for competitors, especially for Shop Yamaha’s Josh Green who was unable to compete on the weekend after a spectacular crash just days out that left him battered and side-lined.

After some last minute scrambling, Maximus Purvis was drafted onto the Josh Green machine for the Hattah Desert Race and joined Blake Hollis and Kyron Bacon in the Shop Yamaha Off Road Racing line up, while the WBR Yamaha team had former pro, Kale Makeham, ride alongside Bailey Malkiewicz in his first race back from injury. 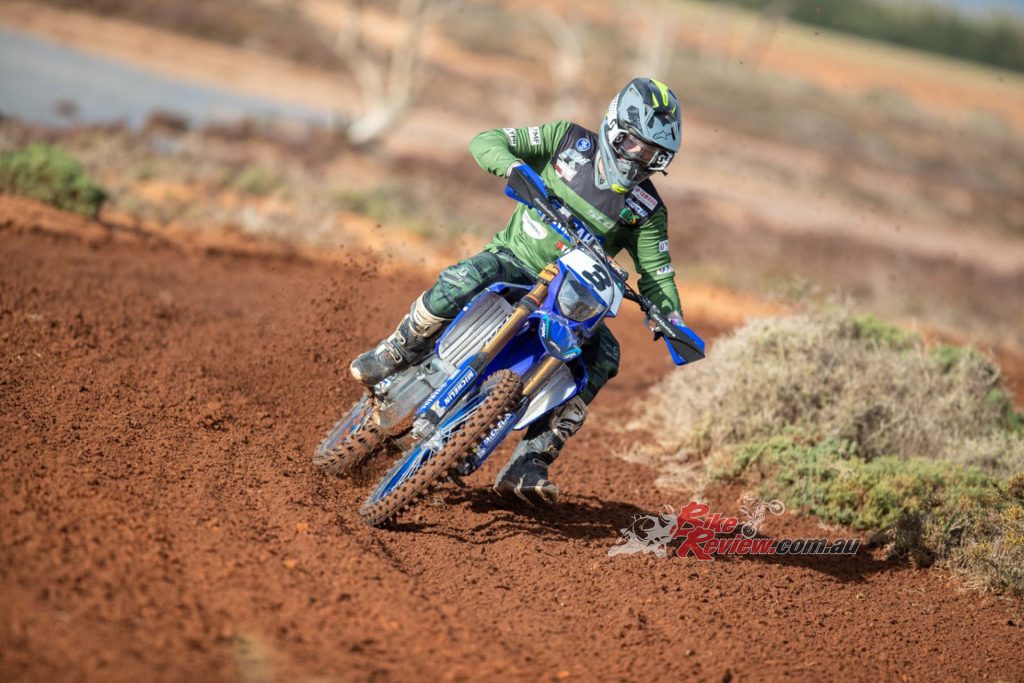 “After some last minute scrambling, Maximus Purvis was drafted onto the Josh Green machine for the Hattah Desert Race.”

Unfortunately, all three headline riders faced issues as the demands of a four-hour, wide open race across the Victorian wilderness took its toll. Purvis showed he is capable in the bush and was running third outright in the opening laps and beginning to reel the leaders in when he was involved in a crash with a lapped that damaged his gear lever and as well gear shaft that runs into the transmission.

He tried to press on, but the bike became stuck in second gear and he was forced to withdraw from the event at the halfway stage. Kale Makeham then took on the lead Yamaha role and was inside the top five at the halfway stage but it quickly unravelled as the demands of the race took a toll with blisters, an ankle and shoulder injury all slowing him down and he dropped down the field in the final laps. 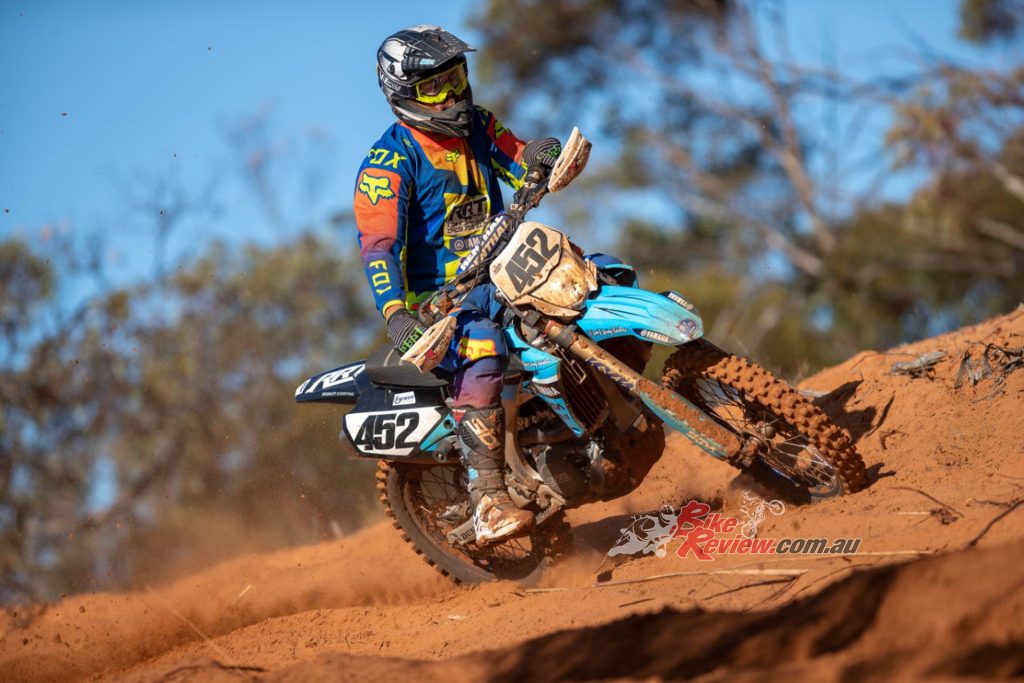 Unfortunately, all three headline riders faced issues as they tackled the tough conditions.

For Malkiewicz, the Hattah event was his first race back after knee surgery and a four-hour, eight lap torture test is hardly a way to gently get back into it. Malkiewicz hung tough for the first half of the event but was unable to finish.

So, it was left to a veteran and two young guns to fly the Yamaha flag. Kyron Bacon on board his YZ250FX charged home in 12th outright but more importantly, took the class win in the 250cc category. On a day that he described as “brutal’, Bacon continued to fight to the very end with both him and his machine never missing a beat all weekend and was rewarded with a class victory. 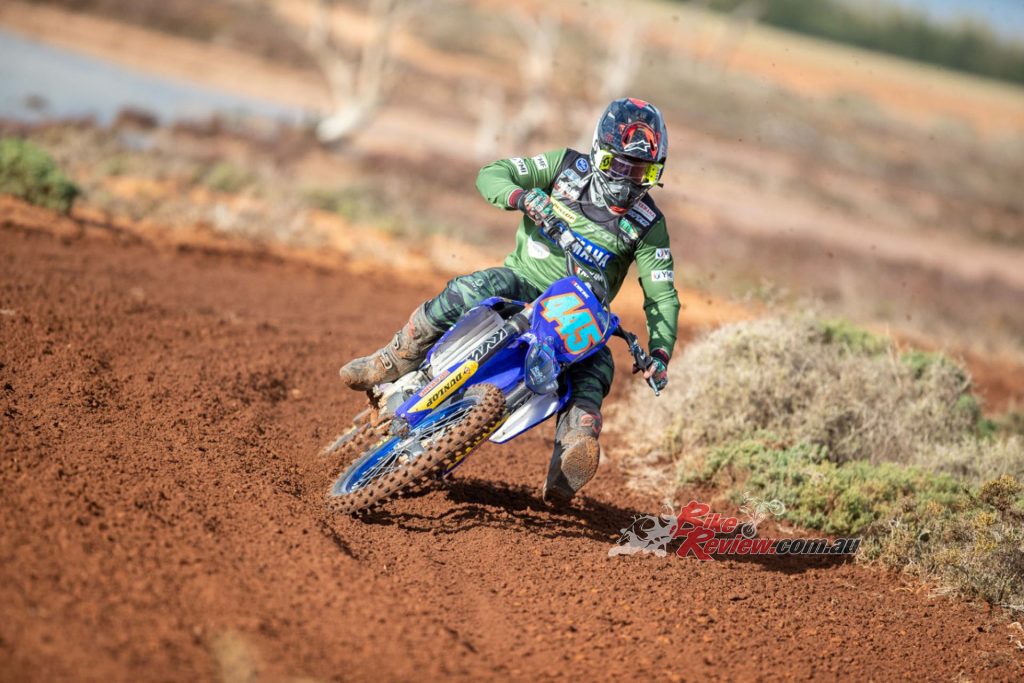 It was Malkiewicz’ first ride back after sustaining a knee injury this year, he was unable to complete the whole race but toughed it out for as long as possible.

South Australia’s Riley Graham just did what he always does and with next to no fuss, raced his WR450F into sixth place outright in another outstanding performance. Graham who doesn’t compete in the national off-road scene anymore, did an impressive job and proved he is still super fit despite his part time role in racing. 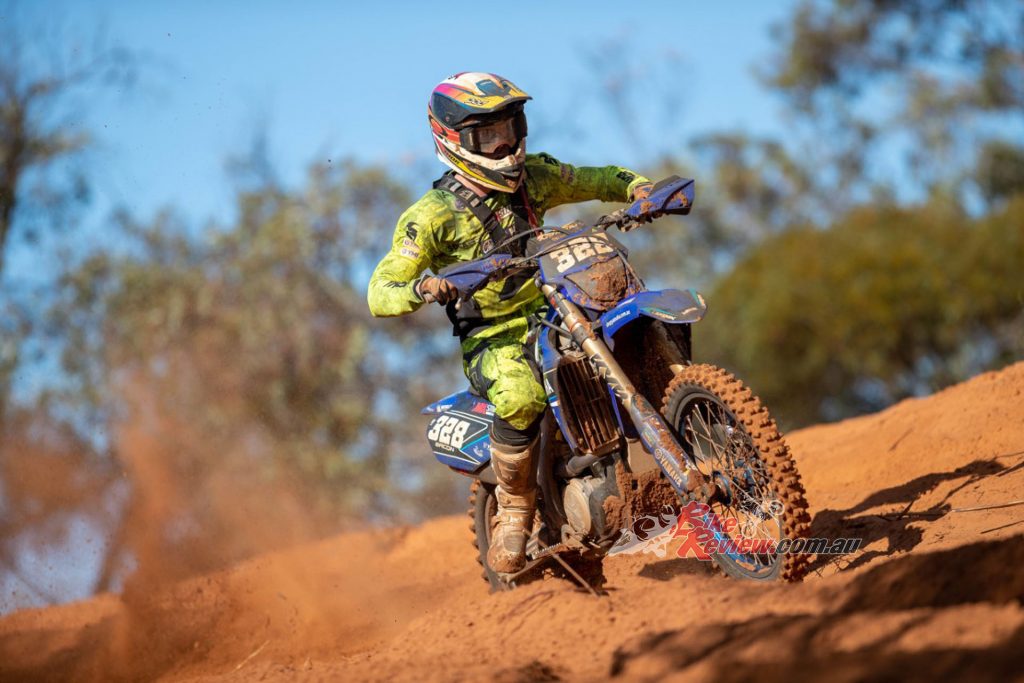 Kyron Bacon managed to fly the Yamaha flag to victory taking home a class win in the 250cc category.

“To say the week had its challenges, would be a massive understatement,” says an exhausted Shop Yamaha Team Manager, AJ Roberts. “We had so much thrown at us this weekend, from border closures, to injuries, to bike and rider shuffles and then the event itself is hard enough without all those other things going on in the back ground but as group we worked through it as best we could.”

“Moving Maximus onto a purpose built desert bike was the right move and had it not been for his on-track issues, we were right in the fight for outright contention. Thanks to Travis and Nathan from WBR Yamaha for working together with us to give Maximus his best chance at victory. He raced well and was right at home in this style of racing. He got better as the event went on and I was confident he still had more to give and would have been right in the mix at the end of the day.” 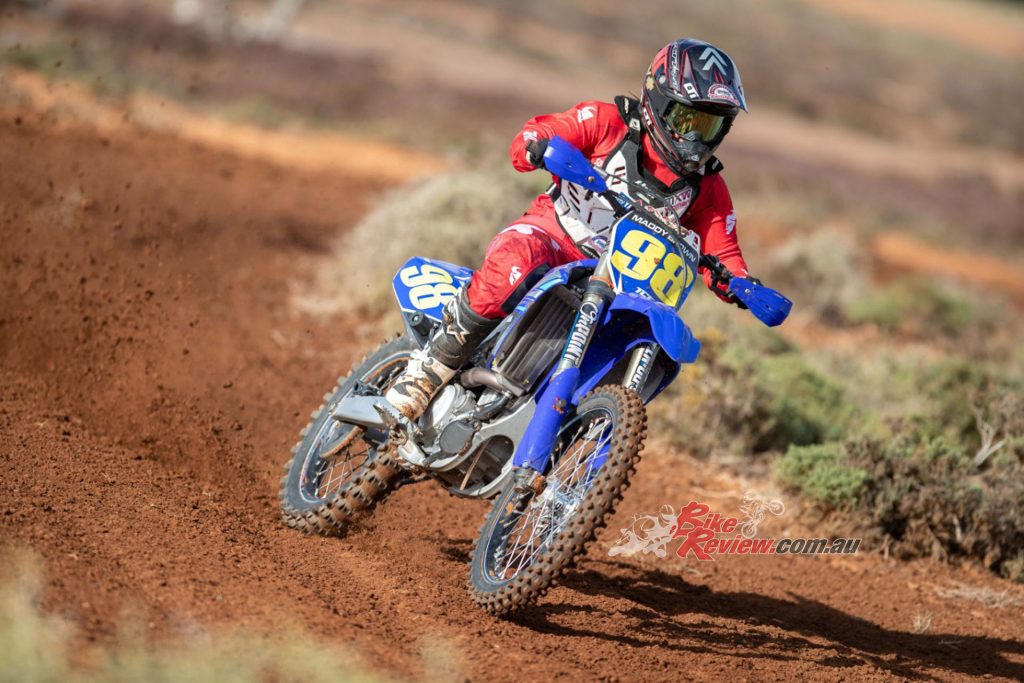 In the Women’s division, Maddy Brown raced through to score a second place finish in her class.

“The goal was to come to Hattah and win but we weren’t able to achieve that so that is disappointing but everyone who was here worked out to get the best results possible and I thank them for the massive effort they all out in,”