YAMAHA FINANCIAL SERVICES TO BACK WSBK FOR AUSTRALIA

The sponsorship was announced today by Brad Ryan, General Manager of Yamaha Motor Finance Australia, and will see the insurance and finance group sponsor the event for 2016. 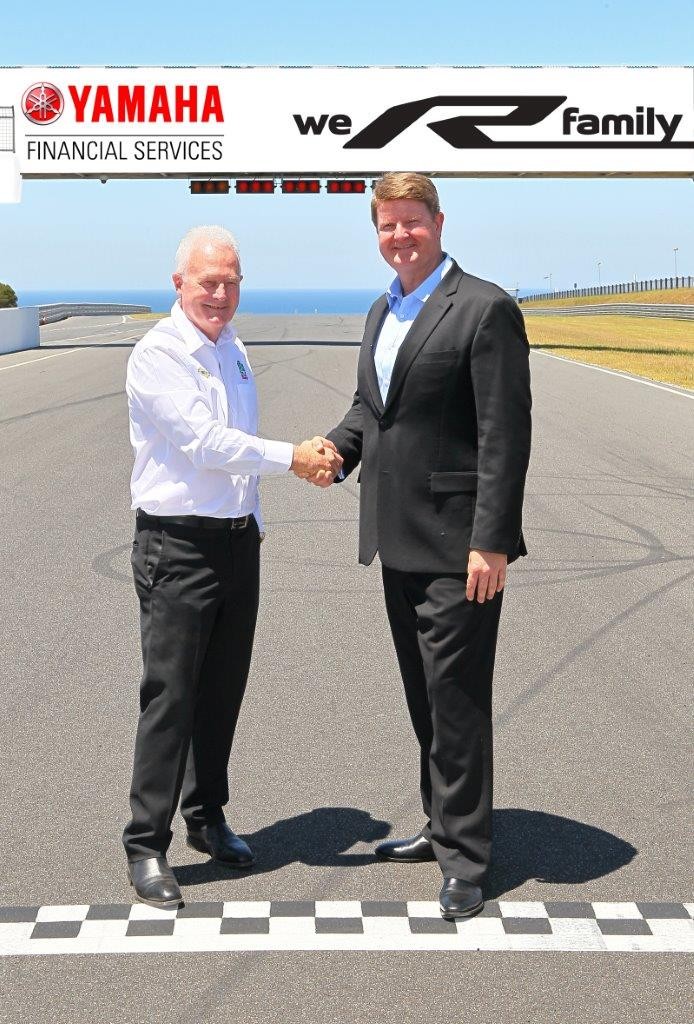 “This sponsorship strengthens our support of grass roots racing, coming off the back of our 2015 sponsorship of the ASBK and the Australian MX Nationals.
“We know many of our finance and insurance customers attend the Phillip Island round, and even more follow the world supers all year.

“We’ll have plenty of promotions for our customers to get involved with both before and during the event, plus a huge presence at the Trade Expo. We’ll have the Yamaha 60th Anniversary truck on display, and some of our famous promotional staff riding around the track with an opportunity to win a new Yamaha. We invite all of our finance and insurance customers to come and say hello!

“We’re delighted to be associated with such a blue ribbon event, and look forward to a long and prosperous partnership with Dorna and the Phillip Island GP circuit,” said Ryan.
Yamaha returns to the WorldSBK championship for 2016, with 2014 world champ, Frenchman Sylvain Guintoli and the UK’s Alex Lowes, leading the campaign on board the quick-fire YZF-R1M.

“I’m really thrilled to welcome Yamaha Financial Services to our event,” said Fergus Cameron, managing director of the Phillip Island Grand Prix circuit.
“Everyone loves world supers at the island. Our track seems to deliver the fastest, closest racing on the planet and now with the backing of YFS, we can add further resources and impetus to the event.

“We have always promised our fans a world superbike island scorcher and the starting line-up is getting more exciting each week.

“For Australians we are welcoming the super-Joshes. Both Josh Brookes from Sydney and Josh Hook from Taree have scored A-grade season rides in supers, so the stage is set for a massive weekend.”

This year’s Phillip Island round promises 20% more racing from Friday through to Sunday, with Australian championship opening rounds for national classes of superbikes, supersport and Moto3/125GP plus historic action.

Check out www.ticketek.com.au for tickets for Phillip Island with a three-day General Admission pass at $115* per adult, Sunday only 80* per adult, and kids 15 and under free**.

To make a world supers adventure super affordable, consider camping at the circuit for just $100* per person for four nights – with kids 15 and under free**, when accompanied by a paying adult. The circuit campground is situated above Southern Loop with views across the circuit to Bass Strait. For further information www.worldsbk.com.au