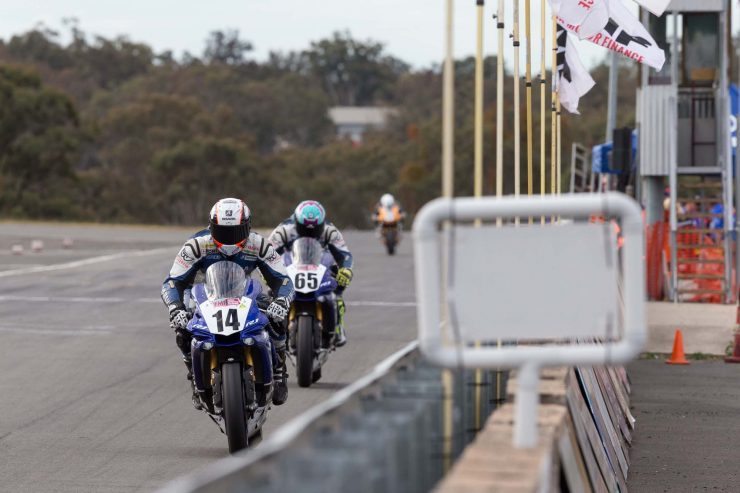 In only a few short weeks bikes will once again hit the track this time at Winton Motor Raceway, in Victoria for the sixth and final round of the 2016 Yamaha Motor Finance Australian Superbike Championship presented by Motul Pirelli, this September 30 to October 2. 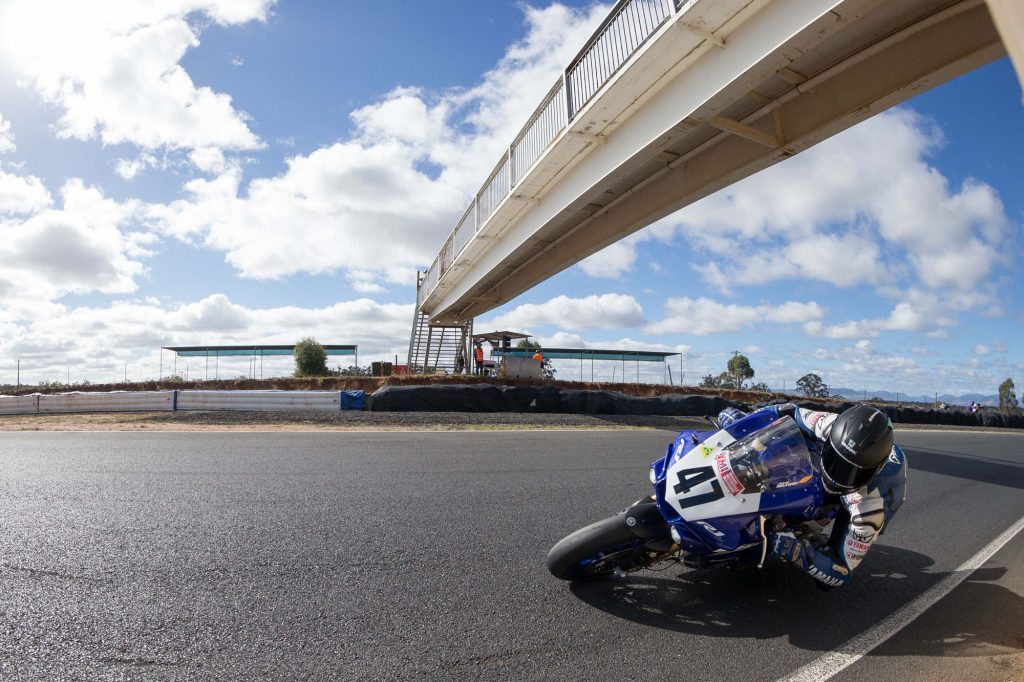 This season so far has been nothing short of exhilarating with battles extending across every class leading in to the championship decider in a few weeks’ time. With the decider set to go down to the final wave of the chequred flag, we have a closer look at the championship factors that may play in to the final two races for the Yamaha Motorcycle Insurance Superbike Class.

Even before the competitors went to Morgan Park Raceway for Round 5 of the ASBK, the championship was in a cut throat position in the hands of Yamaha Racing Team’s Wayne Maxwell with teammate Glenn Allerton hot on his tail, and Crankt Protein Honda Racing Team’s Troy Herfoss sitting in third only 18 points down on Maxwell. 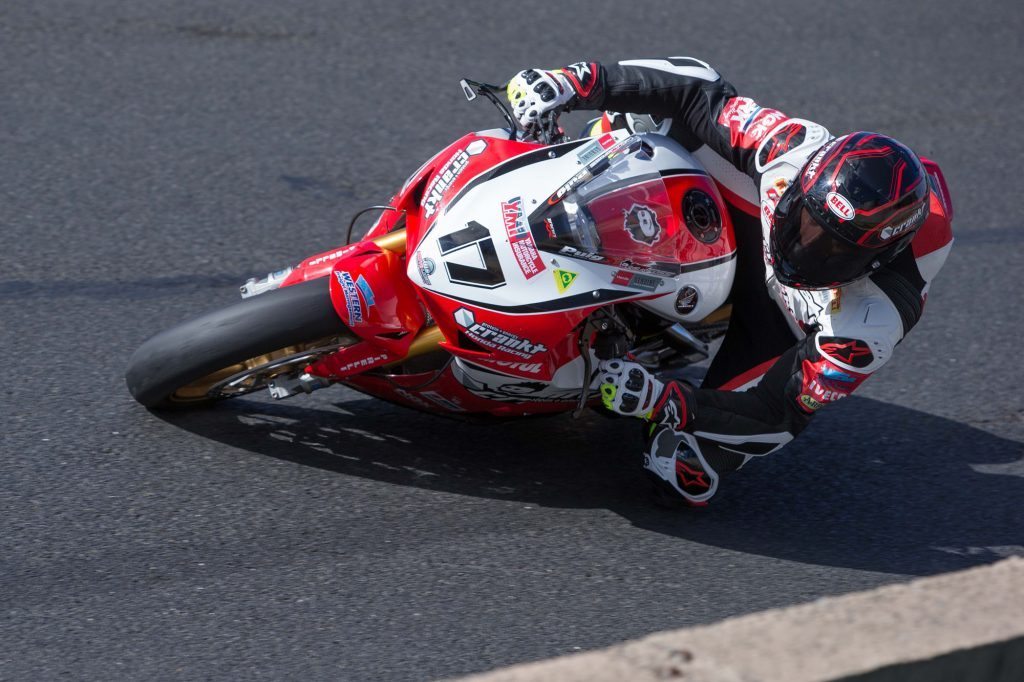 Morgan Park being a track much like Wakefield Park from Round 2, it saw Herfoss have huge success, and it was known that the Honda would suit this small and bumpy circuit with Herfoss eager for victory.

Herfoss with determination turned the championship on its head at Morgan Park Raceway taking to the track like a duck to water and cleaning up with two 1,1 finishes and a round win, walking away from the round with 50 championship points.

As it now stands heading in to the last round at Winton Motor Raceway this September 30 – October 2, YRT’s Maxwell is still in the lead with a marginally smaller gap on Troy Herfoss, Maxwell is now only leading by 7 points, currently on 216. After a successful Round 5 Herfoss has slotted himself into second place on 209.

Allerton still clings to the championship, but only just with 205 points after his 4,4 finish at Morgan Park. But, as we saw at Round 5 anything can happen when it comes to racing.


However, don’t leave it to just those three to keep you entertained, because there are few names who could definitely make a dint in the championship at the last round. Jon Daniel’s Racing’s Daniel Falzon has been on an upwards climb of improvement and results seeing him on the podium for the first time in the Superbike class at Morgan Park.

Falzon has been dicing with the Factory supported riders all year, leading races, finishing in good positions and claiming steady points towards the championship. He currently sits fourth in the championship on equal points with Mike Jones, and if he stays on fire like we saw at Morgan Park, the front pack better watch out because Falzon won’t stop for anyone, pushing his R1 machine to the limit.

Falzon definitely has a lot to loose this round, not only is the young gun heading for a podium finish in the premier Superbike Class, Falzon is currently competing in the 2016 FIM Oceania Road Racing Championship as the defending champion. A title he is not keen to lose anytime soon. Also, to back that up Falzon is competing in the Brembo Superbike Challenge as the first Teir Two manufacturer supported Superbike rider, and is also vying for a factory ride.

Falzon has already been testing at the newly resurfaced Winton Motor Raceway – along with both Maxwell and Allerton. With his time on track so far, and with the Official ASBK test yet to be held, Falzon might just be the one to watch this upcoming grand finale round. 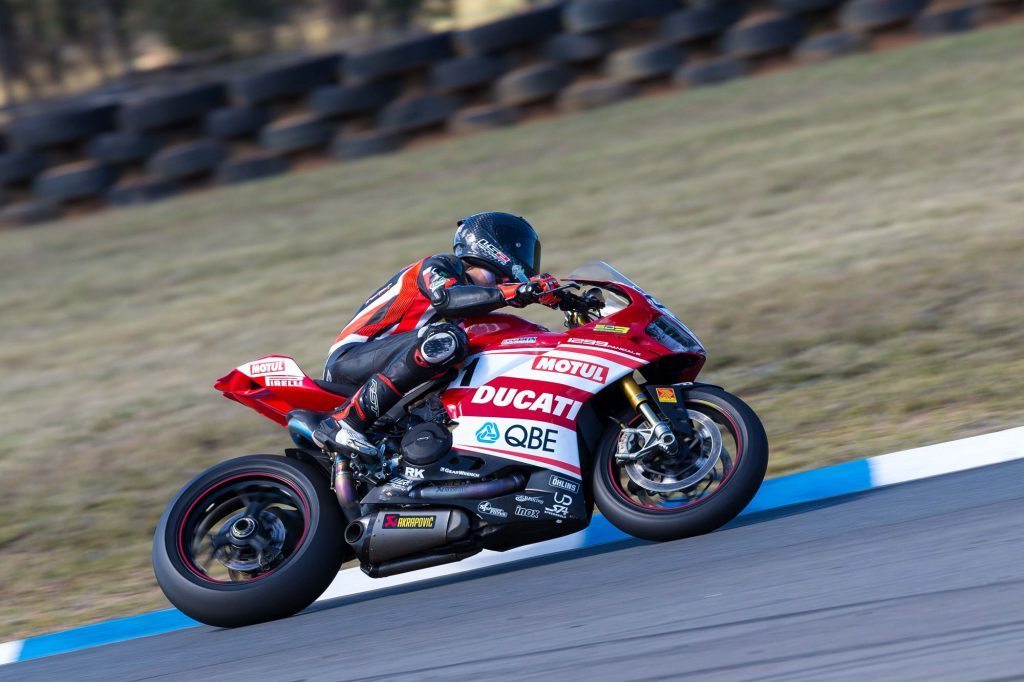 Desmo Sport Ducati’s Mike Jones, currently fifth in the championship on 137 points, has had an up and down year with crashes and mechanical issues, but has also had some real positives too, taking his first victory for the season on his Ducati Panigale 1299S at Barbagallo Raceway.

The defending champ is not to be underestimated as they head in to this last round -his drive to succeed will be even more feverish after his two DNF finishes at Morgan Park. Jones will be looking to cement another victory before the season is finished.

It is known that if the DesmoSport Ducati team can sort through their bike issues the defending champ has just as much chance of a podium finish, putting pressure on the top three in championship contention.

Yamaha Racing Team’s Cru Halliday, Knobby Underwear Suzuki’s Brayden Elliott and Crankt Protein Honda Racing Team’s Jamie Stauffer are currently sitting sixth, seventh and eighth respectively in the championship so far, and could at any stage over the weekend be in strong contention to mix up the standings, and add a new dynamic to the last ride to victory.

Halliday (124 points) adds a flare of difference as the third factory supported Yamaha Racing Team rider, jumping in the middle of battles and finishing each weekend with a mixture of results.

Knobby Underwear Suzuki’s Elliott (120 points), and 2015 Supersport Champion is coming to the tail end of his rookie year in the Superbike class, sharing in an array of top ten finishes for the young 21-year-old. Elliott has shown that his pink beast has got just as much fight as the rest of the bikes on track. There is no doubt that Phil Tainton and Shawn Giles will be cheering on Elliott and giving him all the tips to master the tricky Winton track.

Stauffer (115 points) has had less than an ideal season so far this year in the ASBK, riddled with injuries, but that sure doesn’t stop the Honda mounted rider. Stauffer is amongst the top end of the field with the experience and knowledge to pull a win out of his hat.

Winton Motor Raceway is tight and technical, which will suit the Honda’s however the smooth surface and straights may be enough to put the blue machine on top.

With all this knowledge now of who our top competitors might be at Round 6 of the 2016 Yamaha Motor Finance Australian Superbike Championship presented by Motul Pirelli, don’t miss out on your chance to catch all the action.

Head to www.asbk.com.au to watch live streaming of the races on Sunday October 2nd, and also read the race reports from the weekend. Like the ASBK on Facebook and follow @asbk on Instagram to keep up to date with the latest videos and photos from the event.