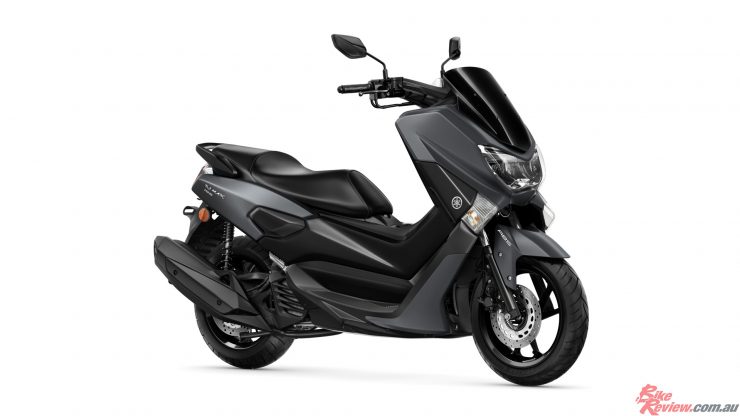 Yamaha Motor Australia have just released a video with world endurance racer Gareth Jones giving us an overview on Yamaha’s NMAX 155 scooter. See the video below, and also make sure to check out our full review on the small capacity scooter here!

The NMAX 155’s EU4-compliant engine has been developed using Yamaha’s advanced Blue Core technology. This design approach focuses on increasing combustion and cooling efficiency while at the same time reducing power losses, to give riders quicker acceleration with a higher top speed and reduced fuel consumption.

Yamaha says the sporty look and premium design of the sleek bodywork has been influenced strongly by their Sport Scooters. Its integrated tail end gives the NMAX 155 a ‘sporty and sophisticated’ look – while the boomerang side motifs and central tunnel underline its strong Yamaha MAX heritage. 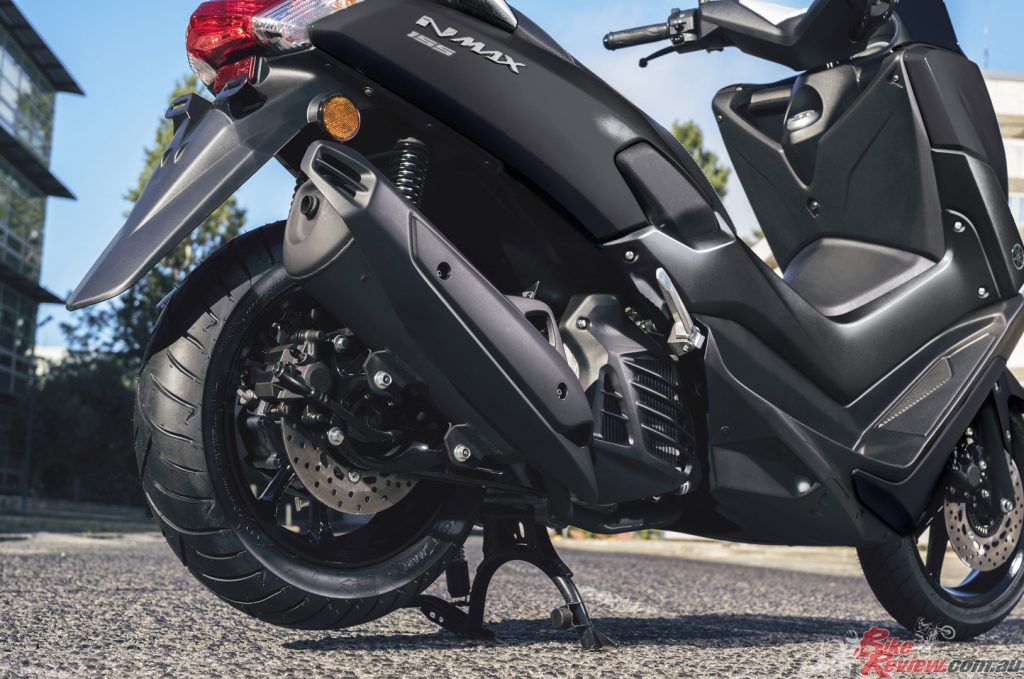 The sporty look and premium design of the sleek bodywork has been influenced strongly by their Sport Scooters.

Yamaha also states a key feature that makes the NMAX 155 such a sporty performer is its variable valve actuation (VVA) system. The four-valve cylinder-head uses a special camshaft that enables the engine to operate more efficiently at low and high engine speeds, giving stronger acceleration in all rev ranges, together with good fuel economy.

The NMAX 155 is equipped with a claimed immensely strong and lightweight tubular frame that delivers a sporty ride and stable, easy handling. Featuring a twin shock rear suspension system and telescopic front forks, the chassis ensures that you and your passenger travel in comfort every time. 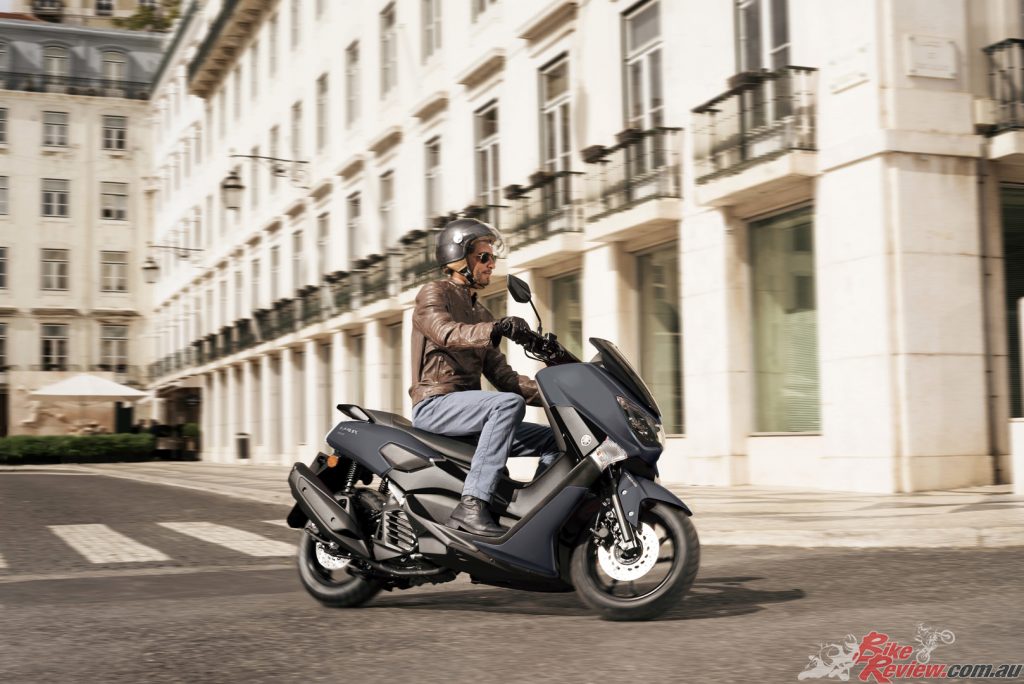 The scooter is equipped with a claimed immensely strong and lightweight tubular frame that delivers a sporty ride.

For claimed strong and effective stopping performance the NMAX 155 is equipped with a 230mm front disc and a 230mm rear disc that give plenty of feel for smooth braking. This high spec scooter also comes with ABS as standard, to give you even more controllable braking power and increased confidence in varying conditions.

The compact NMAX 155 will fit into the tightest parking area – and yet while being small on the outside, you’ll find the interior surprisingly spacious – with generous rider legroom and plenty of space for your passenger, Yamaha says. The long stepped dual seat is designed to ensure high levels of comfort – and there’s a storage compartment for a full-face helmet. 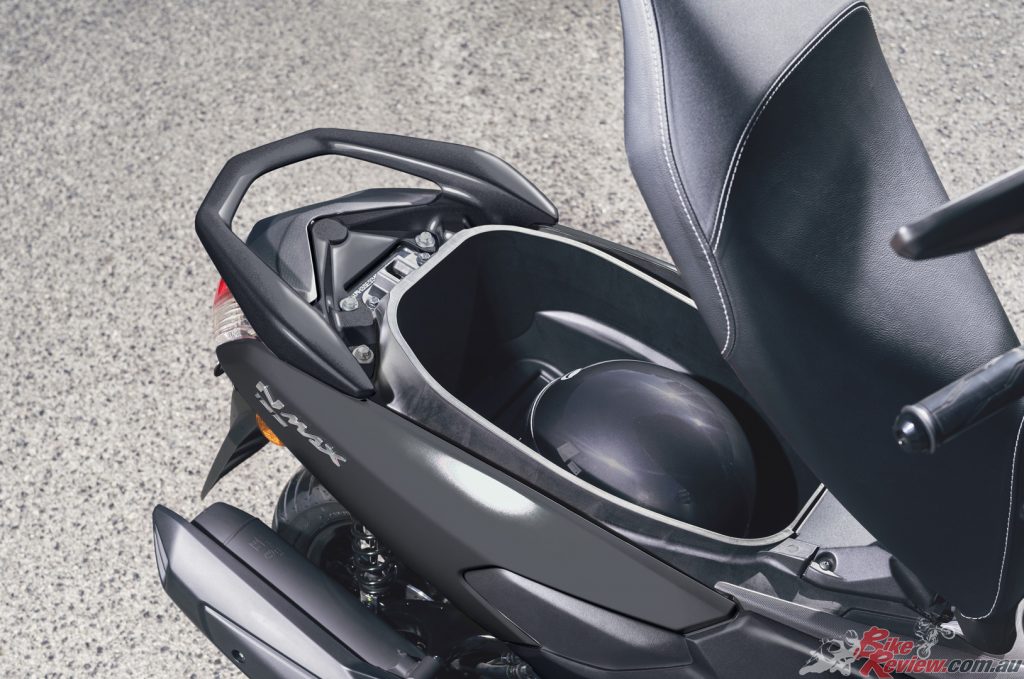 The face of the NMAX 155 features a twin-eye LED headlight design when on low beam, while a third central light comes on in high beam mode. At the rear there’s an LED stoplight, and the easy-to-read LCD instruments include a bar type fuel gauge, speedo, clock and fuel economy data.