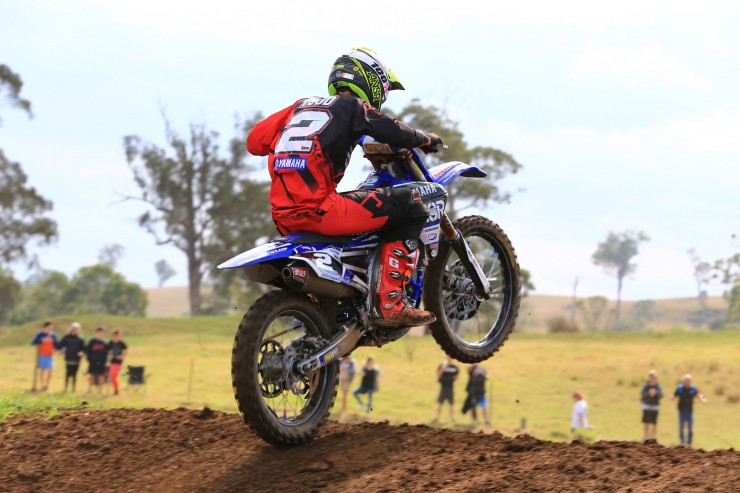 Wilson Todd out for a round win.

The MX Nationals heads to Broadford in Victoria this weekend and with the historic track not on the schedule for the next few seasons, Yamaha Racing plans on leaving the venue on a positive note and consolidate their positions in their respective championships after an enterprising weekend at round two.

The venue has long been a successful one for Yamaha riders and with event this weekend the last at Broadford for some time, all three Yamaha factory supported teams plan in creating a little more history before this chapter is closed. 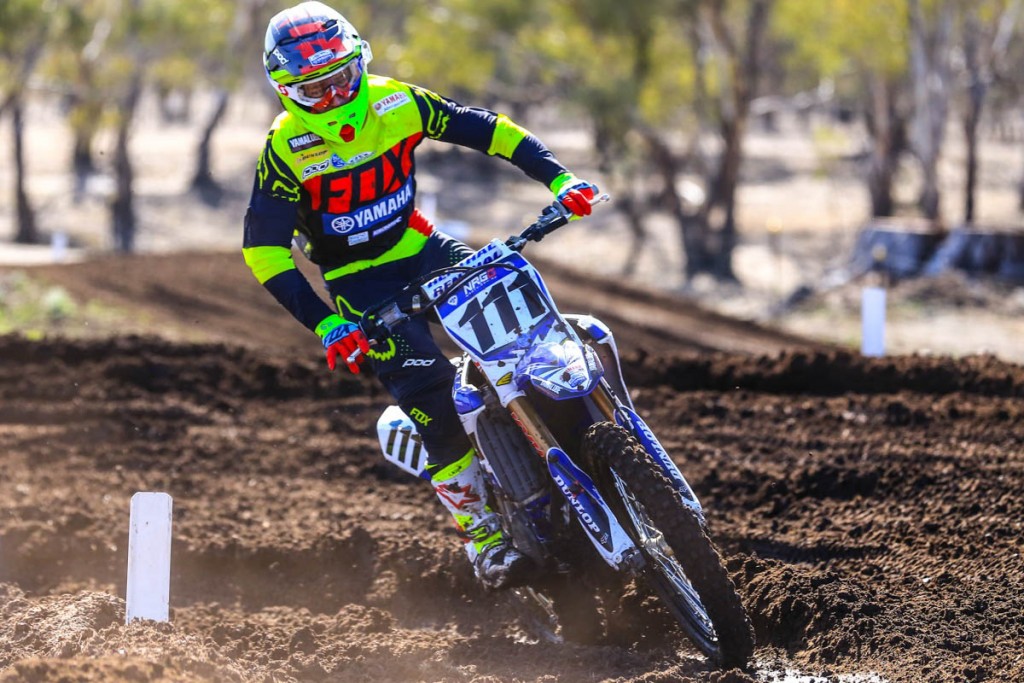 Dean Ferris heads into Broadford the points leader in the MX1 class.

Dean Ferris rolls into Broadford with the red plate firmly bolted to his YZ450F as he leads the MX1 championship after a third and a first at the opening two rounds. Ferris has fond memories of the Broadford circuit having made his MX Nationals debut at the venue in 2007 in the MXD class and racing to a second place finish in his very first moto there.

The rolling hills also remind him of his time spent in Europe and he looks forward to racing one of the toughest tracks on the circuit.

“Broadford is a challenging track with its hills and ruts that form in every turn. It’s a riders’ track that takes all you focus as it can bite you if you aren’t on your game.

“The last couple of weeks have gone well and I made a few changes at home to help with more time to ride and train so I feel prepared and ready to go for a great weekend,” he ends.

Dan Reardon has made plenty of headlines recently as he moonlights with modelling in between his racing commitments but don’t think for a second that his racing has taken a back seat. Feeling under the weather and with no preparation, Reardon was still able secure a good finish at round two but is now back to 100% health and ready to get his CDR Yamaha YZ450F on the podium this weekend.

“Appin was a challenge as I felt terrible leading up to the event and wasn’t able to ride or train at all but thankfully I’m over it and feeling good. I have been able to get some time on the bike and also in the gym so things will be much improved this weekend,” Reardon states. 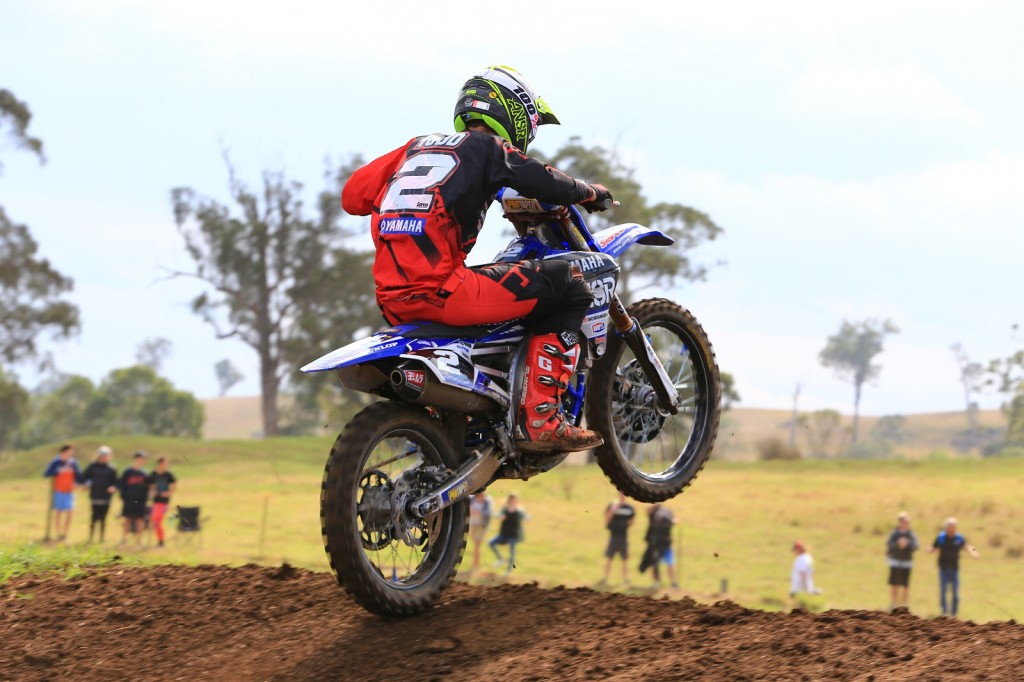 Wilson Todd out for a round win.

2015 MXD champion, Wilson Todd, leads the Serco Yamaha charge heading into round three this weekend and the 18 year old rider from Cairns has impressed with his raw speed so far in the season. Todd won a race at the opening round and then led a large portion of moto one at Appin before his arms pumped arm.

Todd sits seventh in the championship but with the top eight riders separated by 25 points, a good weekend can see any rider shoot up the leader board.

“I have just kept going with my usual routine since round two and trying to secure my next goal of a round win. I won a race already so that’s good and winning a round is next on my agenda,” Todd explains.

“I won here last year in MXD and like the track so if I can get some good starts and not make any mistakes, I think I’m in with a good show.”

After a rough start to the season, Wade Hunter is determined to get the train back on the tracks at Broadford and get the results he is capable of. Crashes ruined is opening round while bad starts were his issue at Appin, but Hunter has been working hard to put everything in place for a good weekend at Broadford.

“It’s time I put myself in good positions and race the way I know how to,” Hunter announces. “The first two rounds have been frustrating as I haven’t got the results I wanted but I work too hard to not be inside the top five and this weekend is time to redeem myself,” he ends. 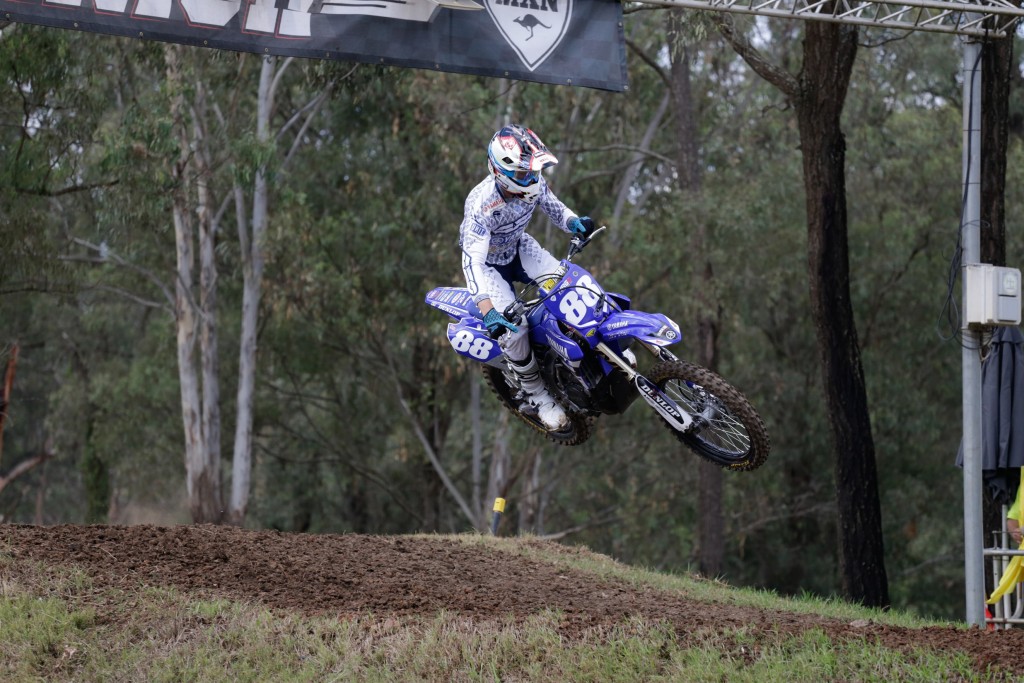 Jordan Hill hoping to string two round wins together.

The duo of Jordan Hill and Mitch Evans split moto wins at round two and took home a 1-3 team result in a successful weekend for the team. The boys bounced back from a terrible opening round at Horsham and now a good result and some confidence under their belts, both are determined to keep the good form going at Broadford.

“It was awesome to get the round win at Appin but the key to championship success is to be up the front at every round,” Hill said. “There are a lot of similarities in the Appin and Broadford tracks so there is no reason why the good results can’t continue this weekend.”

Mitch Evans showed good form at Appin, winning moto one, but a fall in race two cost him the overall victory. Evans has fell in three of the four motos contested so far and has worked on staying focused during the race and eliminating mistakes.

“The only race I haven’t fell, I have won, so I need to stop making mistakes on the bike and just focus on riding well and the results will take care of themselves. I don’t really care about the points in the championship, I just care about the way I ride and winning races so that’s all the matters to me this weekend.”