Still being in the pause-button mode waiting for this World Superbike/Supersport season to actually start again I thought this time I would let you all know a bit more about how well the O’Show is going in the British Superbike Championship. A kind of chapter two from my last column.

Riding for the official Honda Racing UK team on the ever so slightly long in the tooth CBR1000RR Fireblade he has just confirmed himself as the third rider into the much sought after ‘Showdown’ where the top six riders in the championship battle it out for the title over the final three rounds.

Every rider starts from zero so to speak apart from podium credits built up over the season to date and then it’s all in, for the final three rounds at Donington Park, Assen and the finale at Brands Hatch where any one of the six riders in the showdown can win the title.

Jason O’Halloran lined up last season for his debut in the Superbike Championship for Honda, and after previous seasons for Honda in Supersport and Superstock he finally got his promotion to the Superbike in 2016.

Jason was building nicely through the season to get the Blade on the podium by mid season and then was unfortunately taken out at Thruxton by a slower rider touring during Qualifying looking for a tow, which badly broke his femur.

That was the season over for the O’Show but in traditional Aussie battler mode he got himself back in one piece after the femur was pinned and went to work in rehab, slowly introducing new training to gradually build up to a good level in early April for round one at Silverstone in 2016.

He spent time back in Australia in early 2016 and was able to train in the summer and get some proper preparation in good weather. Trust me England in January and February is not the most desirable place to be outdoors preparing for a season.

Late in 2015 Honda took Jason down to Cartagena in Spain with a Superstock 1000 version of his bike to just do some laps and see how the leg was progressing on the bike.

Things all went to plan, but the O’Show more importantly was able to learn where he needed to improve his body after the injury and where he had lost strength.

We tuned his training programme a little to cover what we needed and got stuck in over the next few months until the team headed out to Spain again with the Superbike throughout March to get as many laps in as possible and try out the new updates for the engine and chassis that Honda had worked on over the European winter.

Fast forwarding to almost Showdown time this year, and the O’Show has been on the podium five times with the first visit being to the top step at Snetterton to get his breakthrough first win. He now sits third in the Championship and one of only three riders that have booked their guaranteed position in the all important showdown. 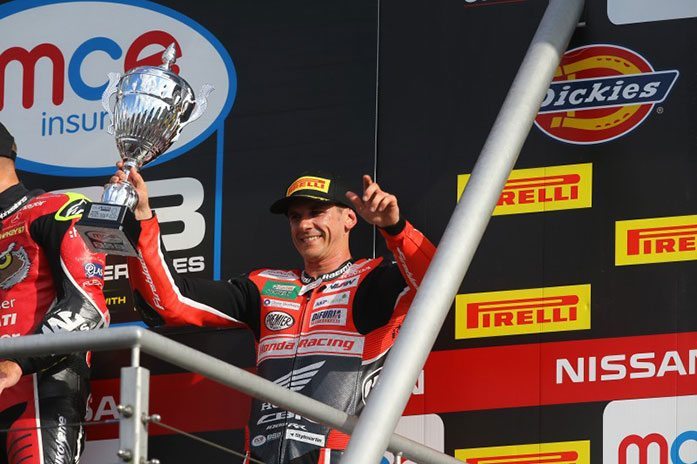 Shane Byrne was first at the last round at Brands Hatch and post Cadwell Park last weekend Leon Haslam and the O’Show locked themselves into the showdown. Jason sealed his position with a good third in the first race and a really solid second place finish out smarting Shane Byrne who he pushed back to third.

The remaining three positions are going to be fought out between five to six riders in the final chance at the triple header at Oulton Park next weekend. For Jason it now is just a matter of grabbing a couple more podium credits to help his cause in the Showdown.

The reality of the situation is that Jason is going to have his work cut out for him taking the title this year on the old Blade against the newer Kawasaki and BMWs and of course the factory Ducati of Shayne Byrne. The O’Show won’t go down without a fight and has beaten them all at one time or another this year so if you can find a way to watch the last three rounds then get yourself ready for some great action.

That being said there is a lot of interest now in Jason from other teams because of the magic he is working on the old Honda but more particularly how he has proven himself and bounced back from injury.

He is now a consistent front-runner and front row man and in with a shot of winning on any weekend. Jason is looking more at next year to win the title but going on recent form he may just sneak up on them and get it done in 2016.

Our Superbike project at Team Kawasaki Puccetti is now down to Davide Giuliano and my current Supersport rider Randy Krummenacher. A decision should be made in the next week to ten days the boss tells me.

Giuliano is dragging his heals a little and has a contract from us so I can only guess the delay is coming because he is keeping his options open and seeing if anything else better pops up.

Manuel our team boss is just about at the stage to do a deal with Randy, so that we have the rider in place and can start work on building the Superbike. Randy comes with lots of experience from Moto2 in chassis setup and his physique lends itself very well to ride a more powerful Superbike so I am inclined to think he is probably the best guy to get the project of the ground.

If that doesn’t work out than I might just suggest to Manuel that we stick the O’Show on it.

Until next time keep your eye on the O’Show. 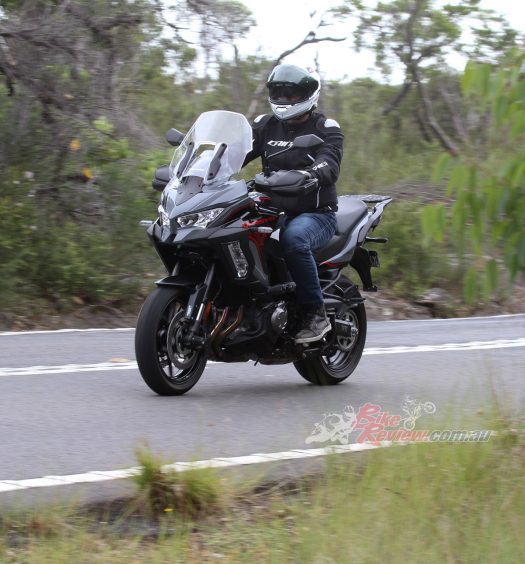 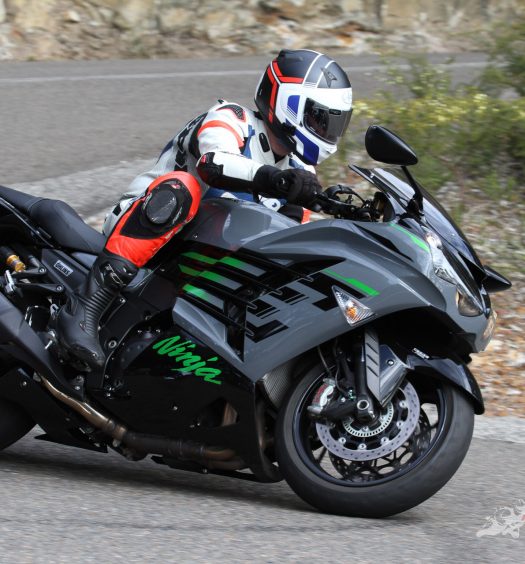