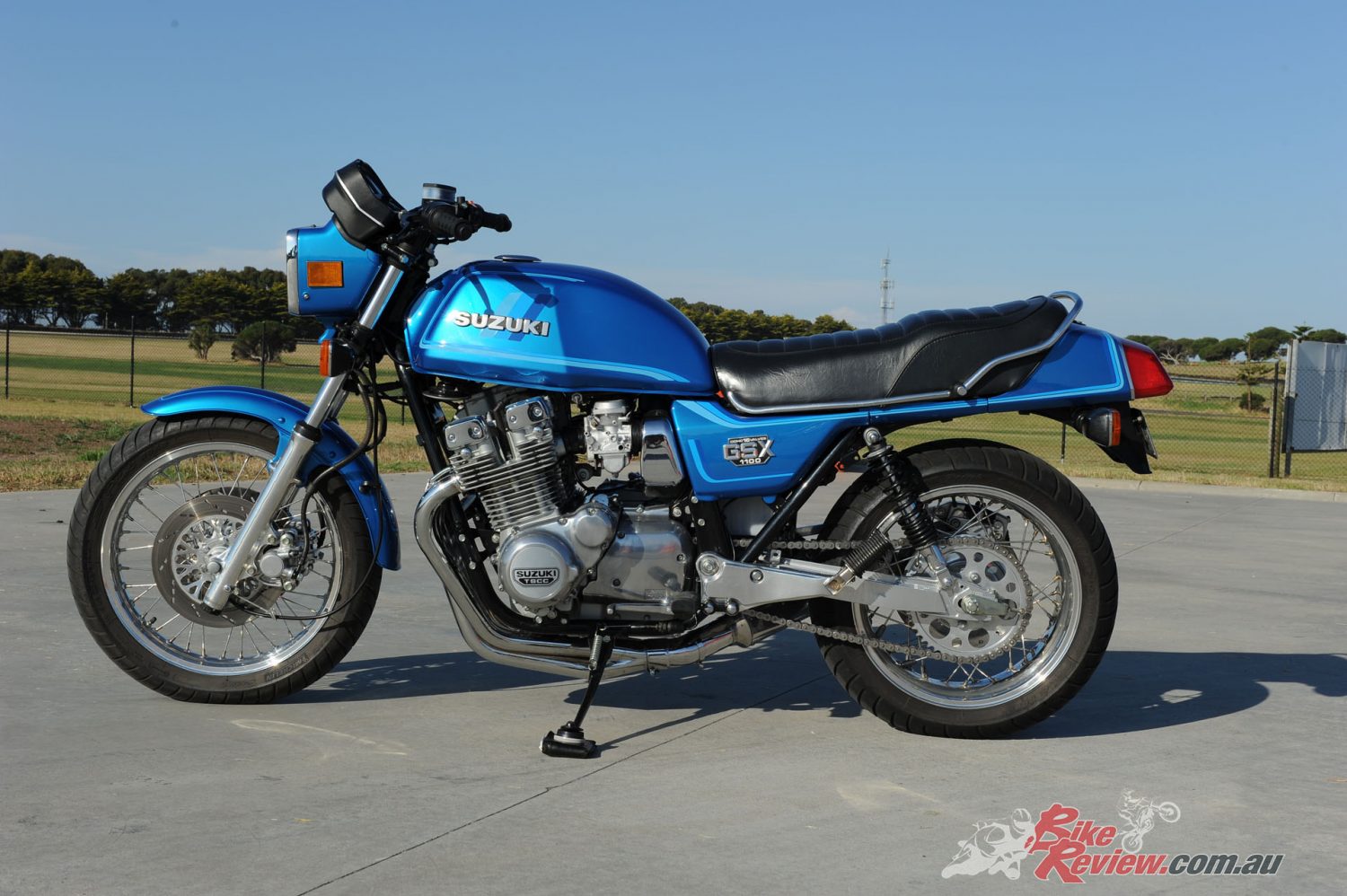 The GSX1100 sat right in the tipping point of design history, moving from what we know now as the classic era into the retro era. Check out Roger's lovely 1100!.. Photography: Keith Muir. 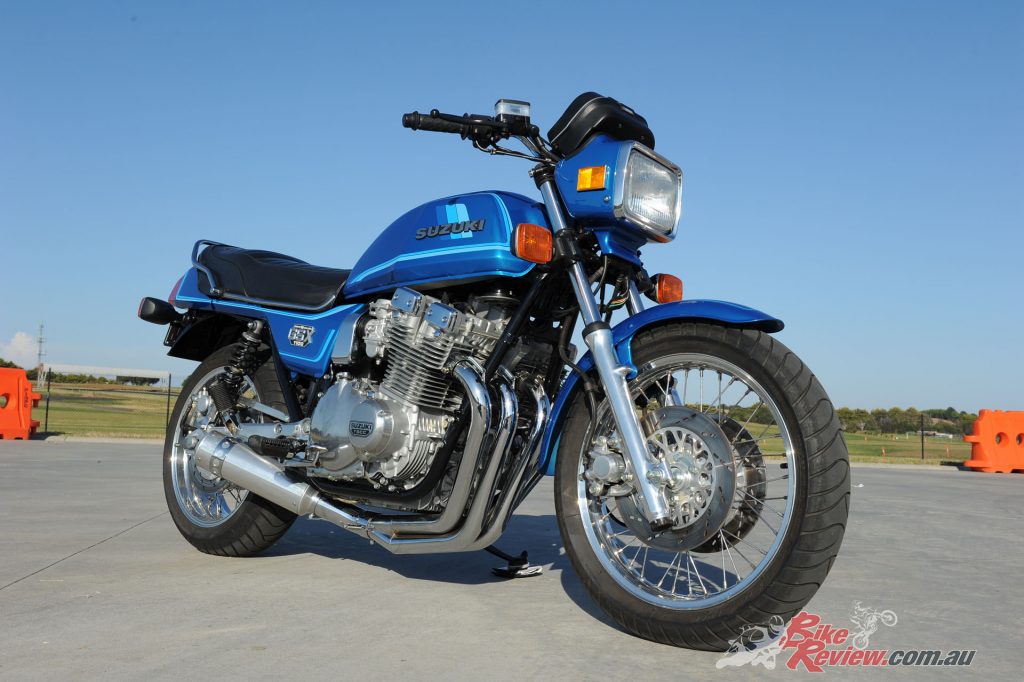 Not many bikes scream early ’80s quite like the 1980 Suzuki GSX1100, engine and minimalist styling complete the look.

As if this wasn’t enough, Robbie Phillis immortalised this bike for owner Roger in his younger years and left a lasting impression. “I race a GSX1100,” says Roger, “and I always do the Island Classic and World Supers in the Historic category, and Broadford and Winton too. “I own Robbie Phillis’s bikes – the Katana and GSX and my everyday ride is a black GSX just like this one, just not as tidy!” 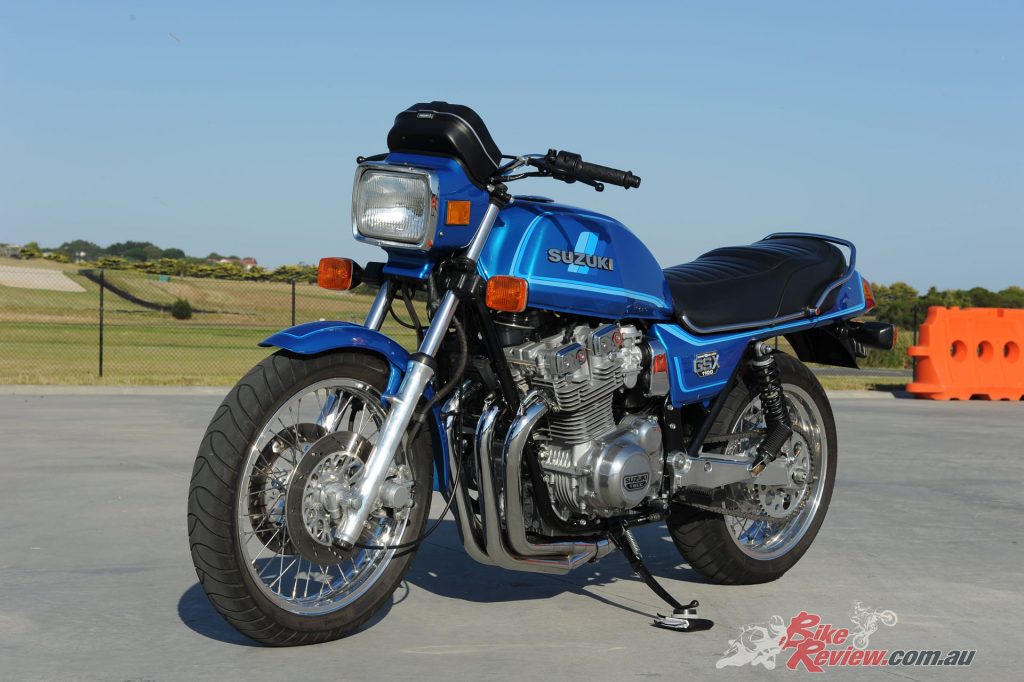 The bodywork remains stock but the guard has been modified to sit lower for a more aesthetically appealing front-end.

With a history of owning GSX1100s it was probably inevitable that Roger would end up with this one, in the end trading his tinny for the bike – an arrangement which sounds pretty good from our end and which probably has Speedy – the mate who he traded with – shaking his head now that the end result is on show. 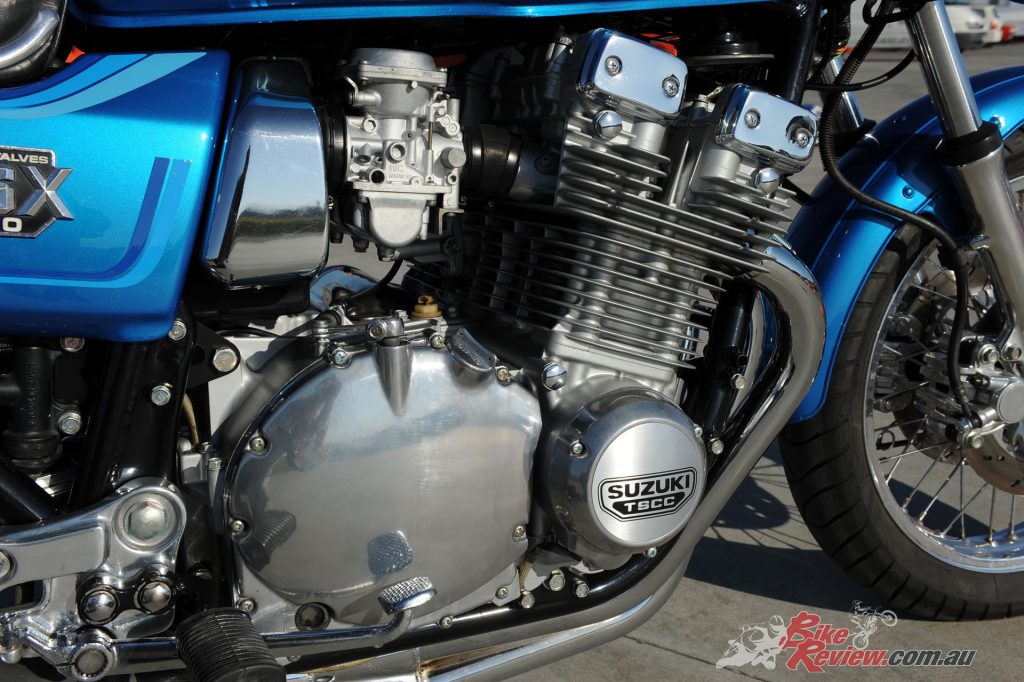 The fact the bike was already partially restored, not to mention having very low km was the dealmaker, particularly since the bike was in a box and needing a not-inconsiderable amount of effort to be back in one piece. At this point of acquisition – 2005 for Roger – the real question is of course how will the restoration be done? Dyed in the wool original, or with a more liberal approach.

Check out our other Retro Rides here…

The engine itself is stock, boasting the bikes original 72 x 66mm bore and stroke, for a total of 1074cc of raw power, contributing to the 220km/h top speed and substantial 100 horsepower. 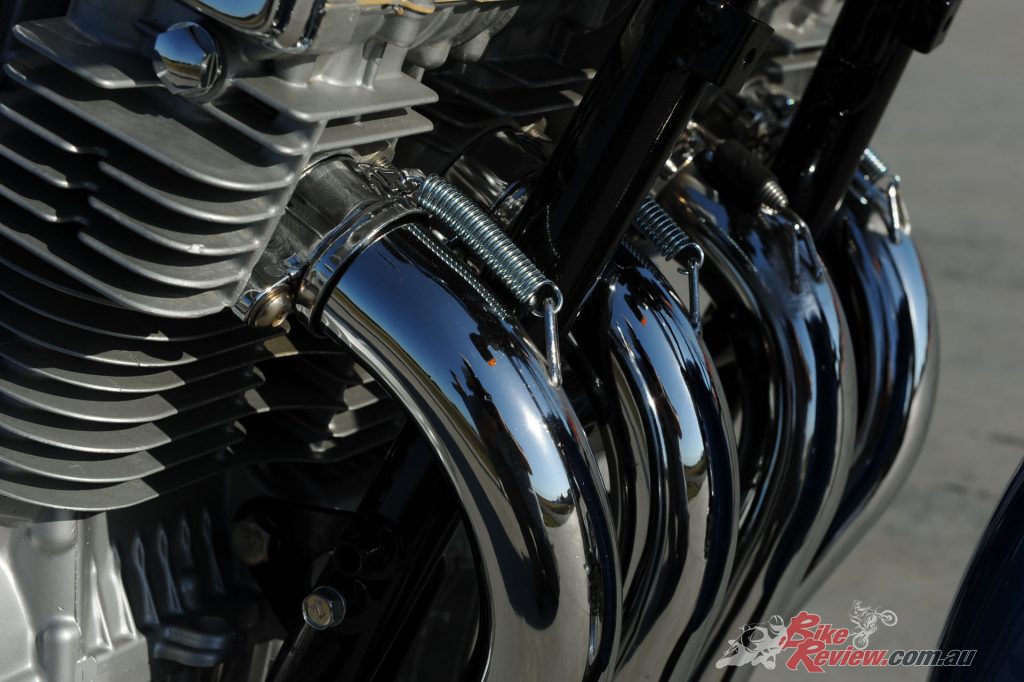 The HPC Coated exhaust headers look fantastic, standing out more than anything else on the bike!

The most attention, engine wise, was paid to the crankcases which needed to be properly cleaned and repainted, with everything else remaining totally stock, including the airfilter, carb’s and manifolds. 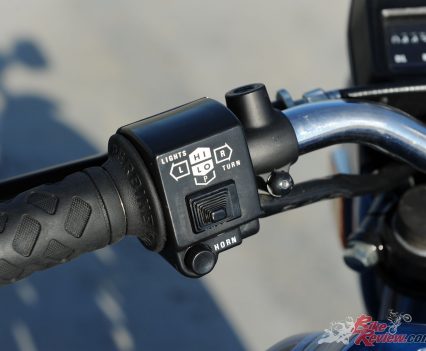 The original switches are in great condition. Mirrors are missing. 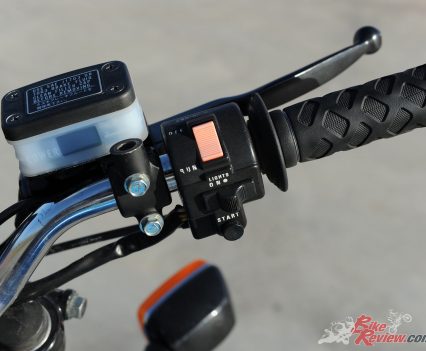 The one major change in this area is of course the exhaust – a Tingate four-into-one system, which while not strictly original is renowned for being the performance choice for this machine. The system includes the headers, collector box and muffler and is tuned by Lyell Williamson. It also sounds absolutely wicked too, which is always a bonus. 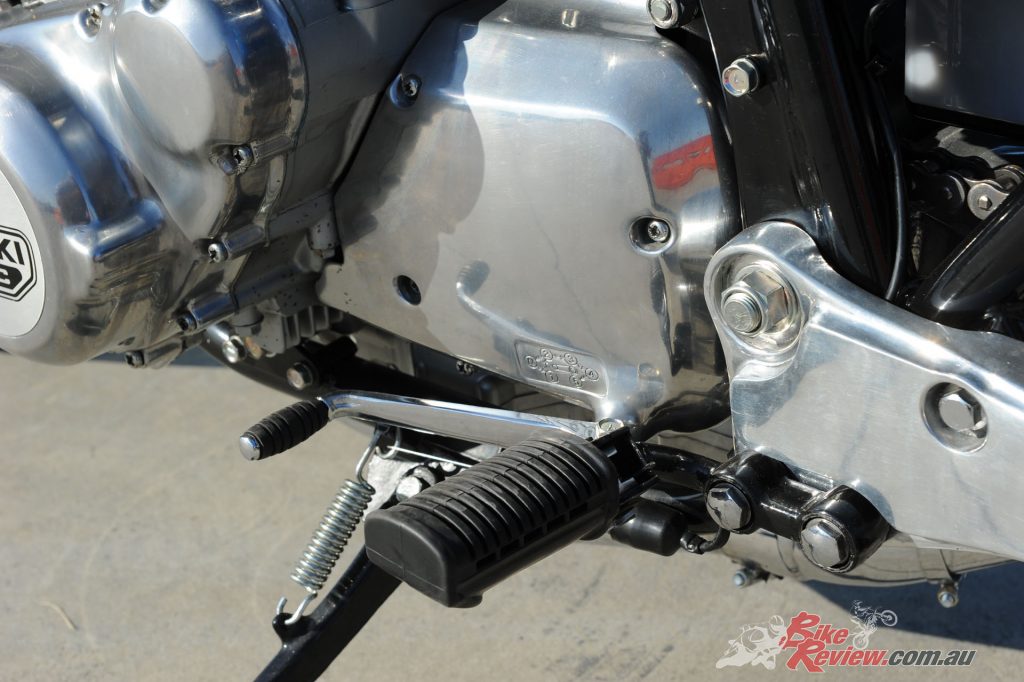 Immaculate right down to the gearlever and footpeg rubbers. The GSX runs a five-speed gearbox.

The stock five-speed gearbox remains in good condition, as does the clutch, which hasn’t even needed a rebuild. The chain primary and final drive is retained with the latter so clean you could eat off it. 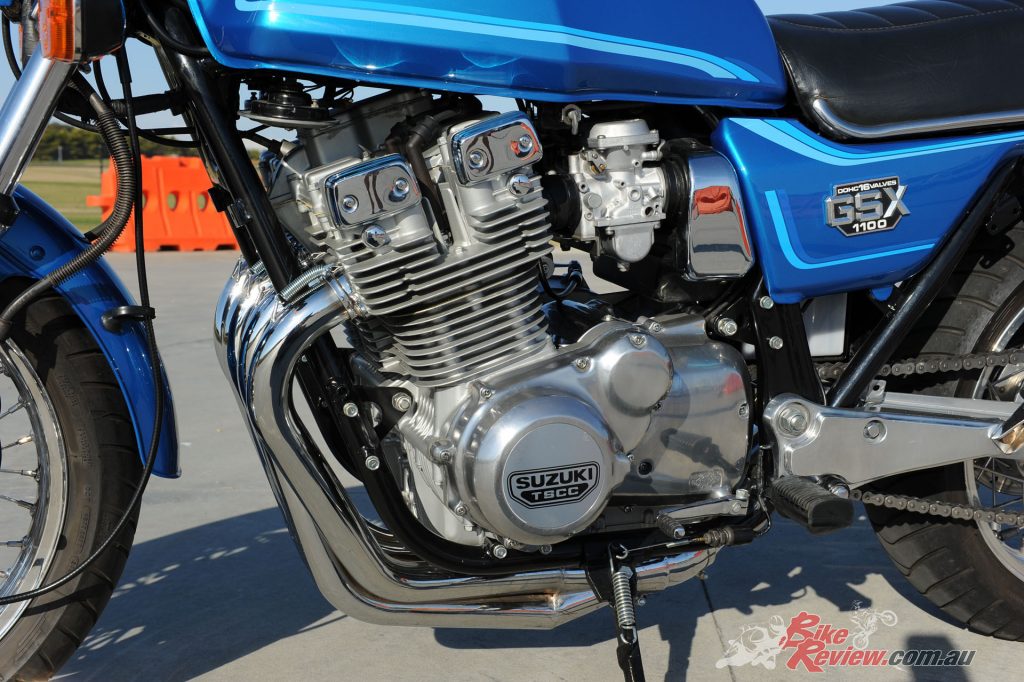 The frame has seen some work, simply for strengthening purposes, before being powder coated back to black for the original look. The triple-clamps are painted black to match, while the fork brace has simply been polished. 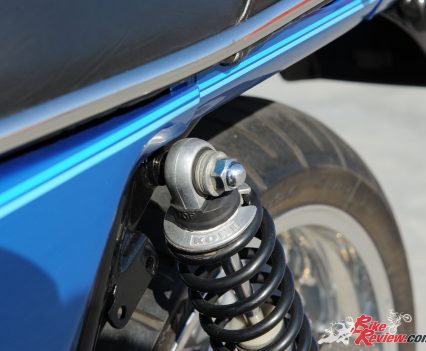 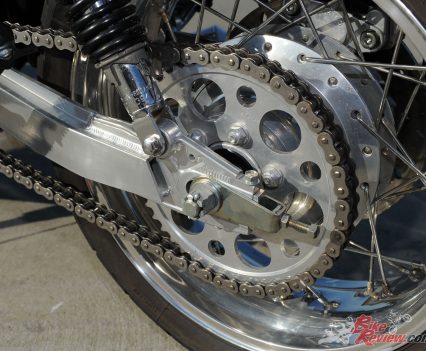 Keeping the rear of the bike in order and in contact with the ground are Koni shocks, while on the front end the forks have been ‘tricked up’ as well as shortened, helping to provide the bike with a more aggressive profile. Akront alloy spoked wheels adorn both the front and rear of the bike, with 18in rims, while the spokes and rims are polished and the hubs are HPC coated. 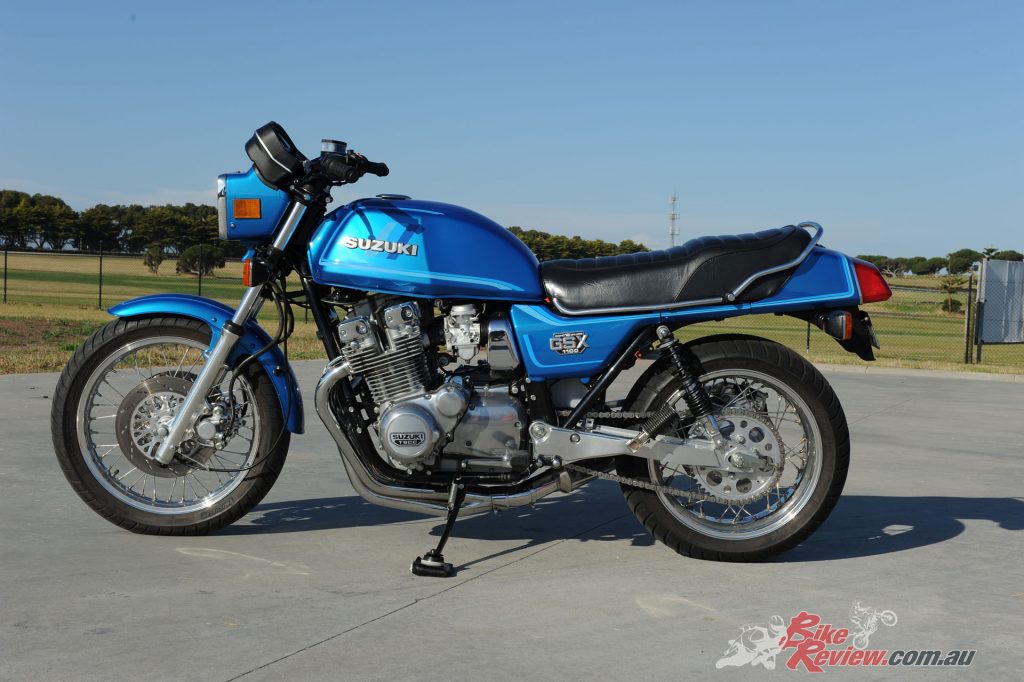 The bodywork remains relatively stock, including the tank, side covers and tail unit, while the front guard has been modified to sit lower. The rear guard remains unchanged, while the bike makes use of the original seat. 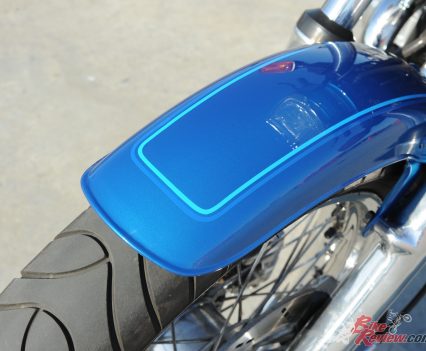 Pinstriping extends to the guard. Nice attention to detail. 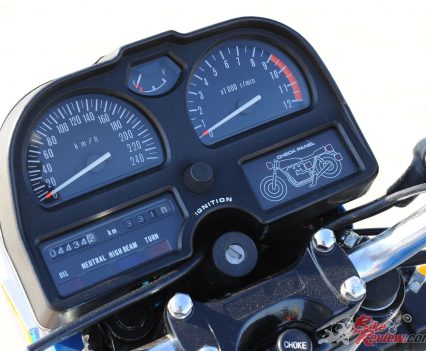 Take a look at the size of the original dash. These were trick for 1980.

The stunning paint job was done by Status Customs Albury, using two-pac and following the original colour scheme – in keeping with the original restoration theme. 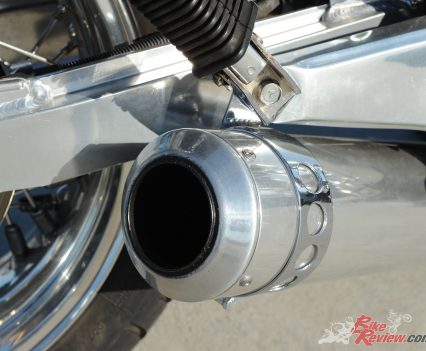 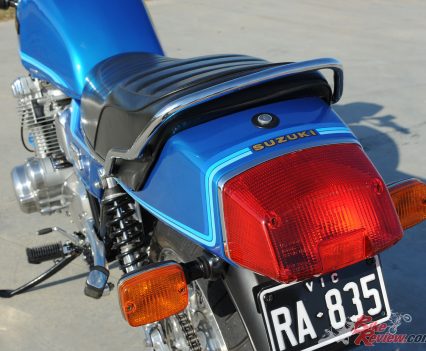 Big and comfy, the way superbikes were 45-years ago.

“It’s a lovely bike and I’ve enjoyed doing every part of it,” Roger says, “But I don’t want to think about how many hours I’ve invested or how much cash I’ve sunk into the project… It’s exactly what I have always wanted and it’s a real head turner. People stop and have a real good look wherever I go on the bike and I have won plenty of bike shows”. 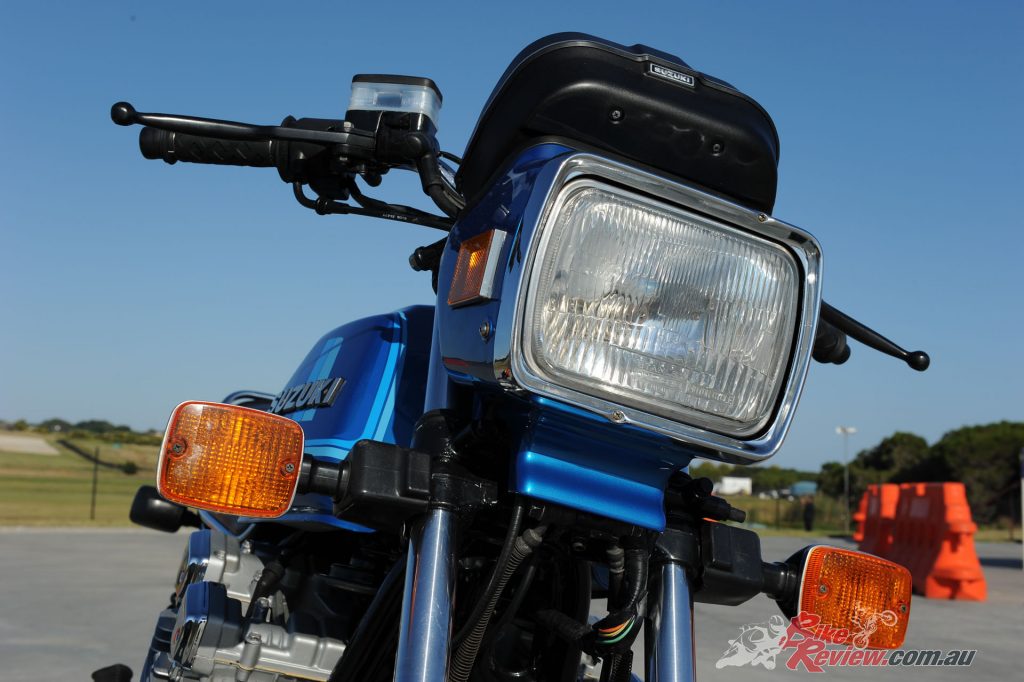 The massive old school halogen glass headlight dominates the front end of the GSX, so 1980!

Roger’s 1980 Suzuki GSX1100 is one of those surviver bikes you don’t often see, keeping it original and period correct while adding his own flair to it. What a wicked ride! 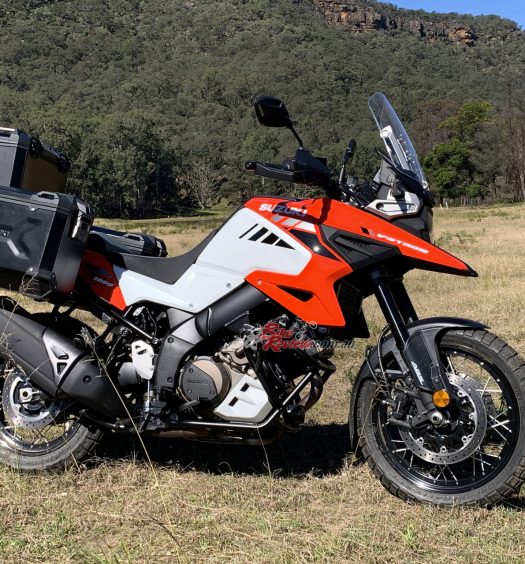 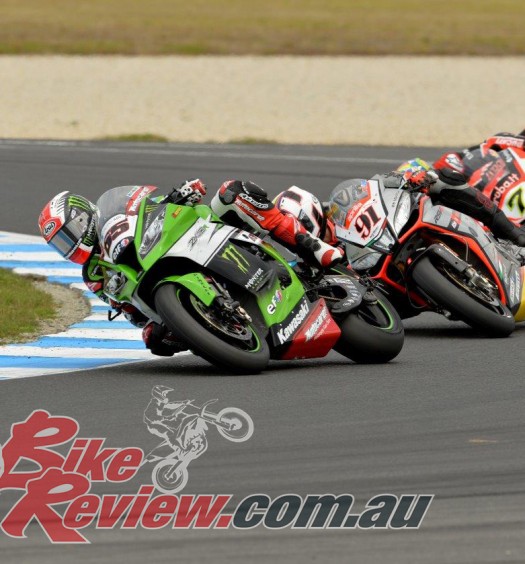